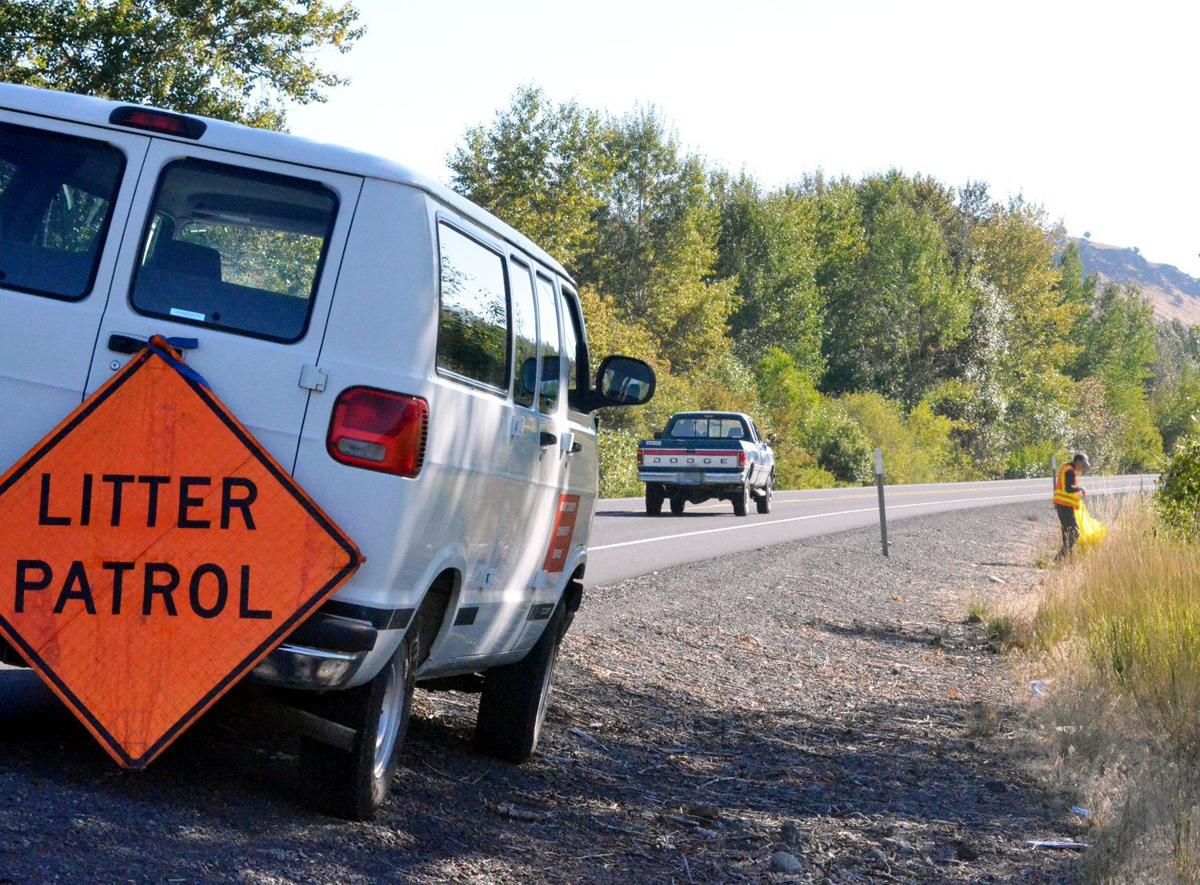 The litter patrol cleans an area east of John Day. 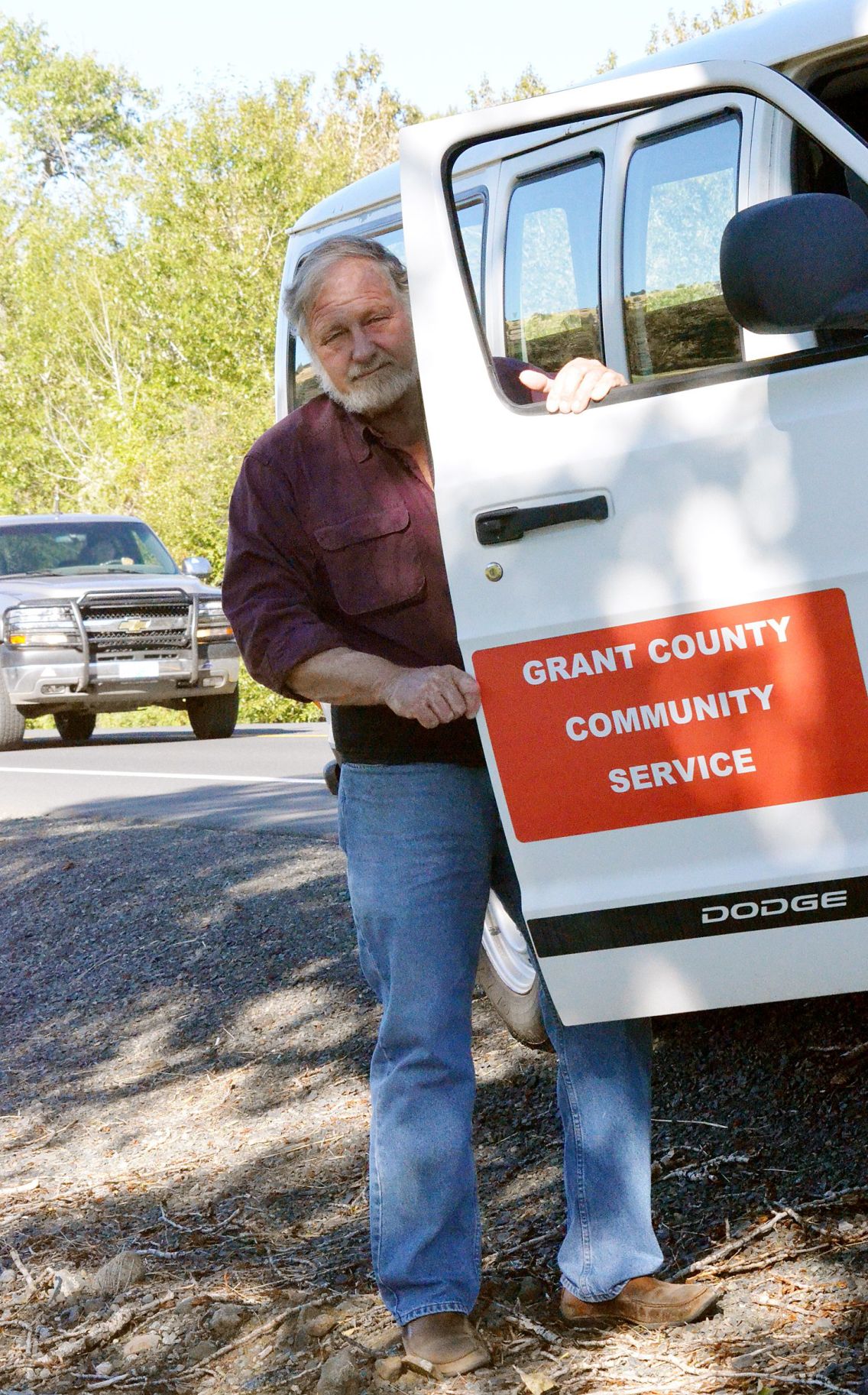 The litter patrol cleans an area east of John Day.

JOHN DAY – From beer bottles to mattresses and pocketknives to fast food trash, Dave Traylor and his rotating litter patrol have seen it all ... all on the side of the road.

Traylor, who’s lived in the county for 47 years, has volunteered for two years as trash pickup crew leader for the Grant County Department of Corrections, as crew members complete their hours of community service.

While the crew members have been ordered to do such service, keeping the roads clean is a volunteer passion for Traylor.

“If I notice a place that’s especially dirty, I stop and pick up the trash,” he said. “It makes me grit my teeth, and I want to cuss a little bit, but I do it.”

He told the Eagle he hopes others see value in doing their part to keep the area clean. Following are some other insights from the interview.

Q. Where are you seeing the most trash?

A. On the outskirts of the towns. People throw out fast food drinks or snack trash, some also lose a lot of refuse going to the dump when they pick up speed on the highway. Some who may have an open container of alcohol, throw it out the window before reaching the city limits. We’ve probably cleaned up at least 50 miles of highway in Grant County this year.

Q. How often do you work with the crew, and where?

A. During summer, I dedicate every Friday to taking them out – a crew of two or six or more. We clean more often starting at the bridge in John Day near the old Sunset restaurant (Ford Road) and clean all the way down to the vet clinic. When the weather was good in January and February, we started at top of Long Creek Mountain across Fox Valley and Beech Creek to Mt. Vernon – a long stretch. Also, from Canyon City to J Bar L, and east of John Day. Sometimes we’ll get it cleaned up, and before we even get back there’s more littering on the highway. If it wasn’t for our effort, this place would really be trashed up.

Q. What lessons do crew members learn from the experience?

A. Some of these young people have never worked, never held down a job. If they don’t do the job right, I send them to do it over. I don’t give them a hard time, and they respect me. A lot of them are there to do their community service and get on with life – they get out there and do a good job – 95 percent of them are good workers. I don’t think many of them who pick up trash will litter.

Q. How much litter does your crew pick up?

We had 110 pounds of pop cans and litter cleaned up in Prairie City prior to the Fourth of July. Some areas don’t get cleaned up more than once a year.

Q. What other projects are you and the crew involved in?

A. In the past we’ve done work at the Grant County Fairgrounds, including ditch and shovel work, by hand, and painting the bleacher seats … If you’re the one who put the park bench out there, you’re less likely to set a fire under it. They have also helped set up targets at the rifle range – they took a certain amount of pride in it.

Q. How did you get started with highway cleanup?

A. My friends and I have always been responsible about trash and litter. We always leave a campsite clean, and if it’s dirty when we get there, we’ll clean it up. When I was a 10-year-old kid, a candy bar and bottle of pop would be nice. My friends and I would pick up pop bottles or long neck beer bottles, trade them in for money and have a snack.

Q. How can people in the community help?

A. First, don’t litter; second, pick up a little litter; also, if you see someone littering sometimes you can talk with them or take a license plate number and turn them in. I would like to see people caught littering not fined, but given community service, cleaning up trash.

A. I know you’re not going to ever get it completely clean, but if people take some time to do some of those things we could really get Grant County spic and span. All it takes is a little consideration and being responsible. We just try to make the county look better – I know it isn’t unappreciated.

Watch this snowboarder survive an avalanche in Colorado

Trump opponents celebrate as he moves out of White House