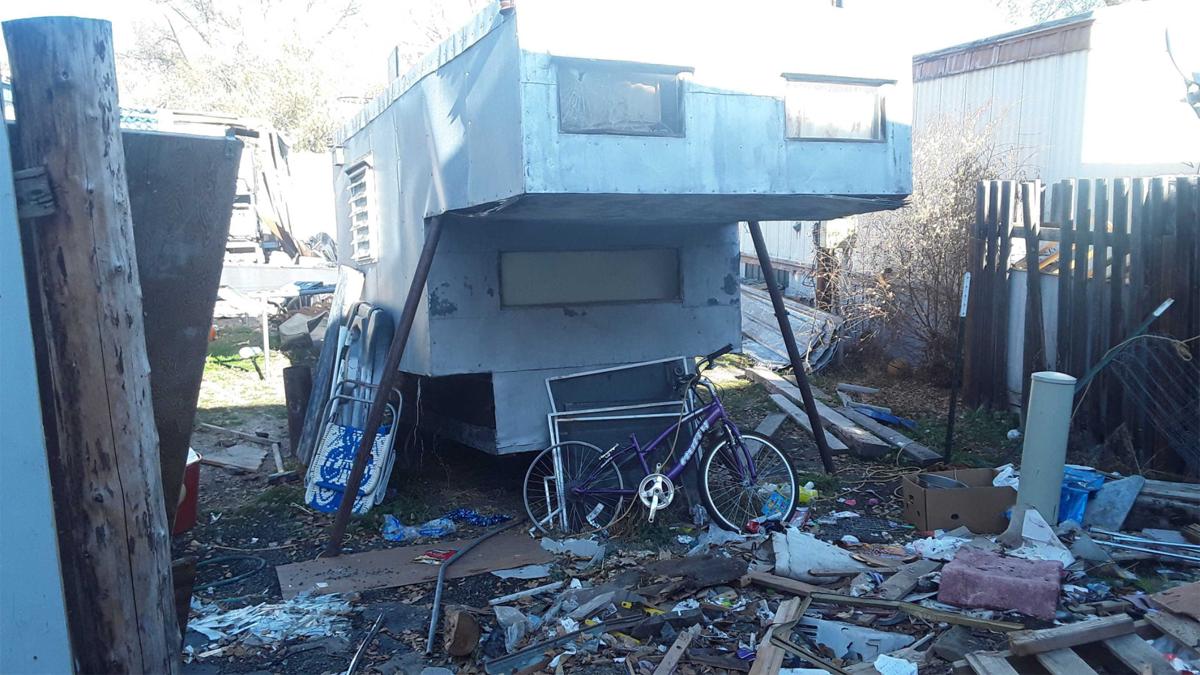 In a photo of space 23 at Riverside Home Park presented to the planning commission, one of the accessory structures was propped up by iron bars, which was not permitted by the city. 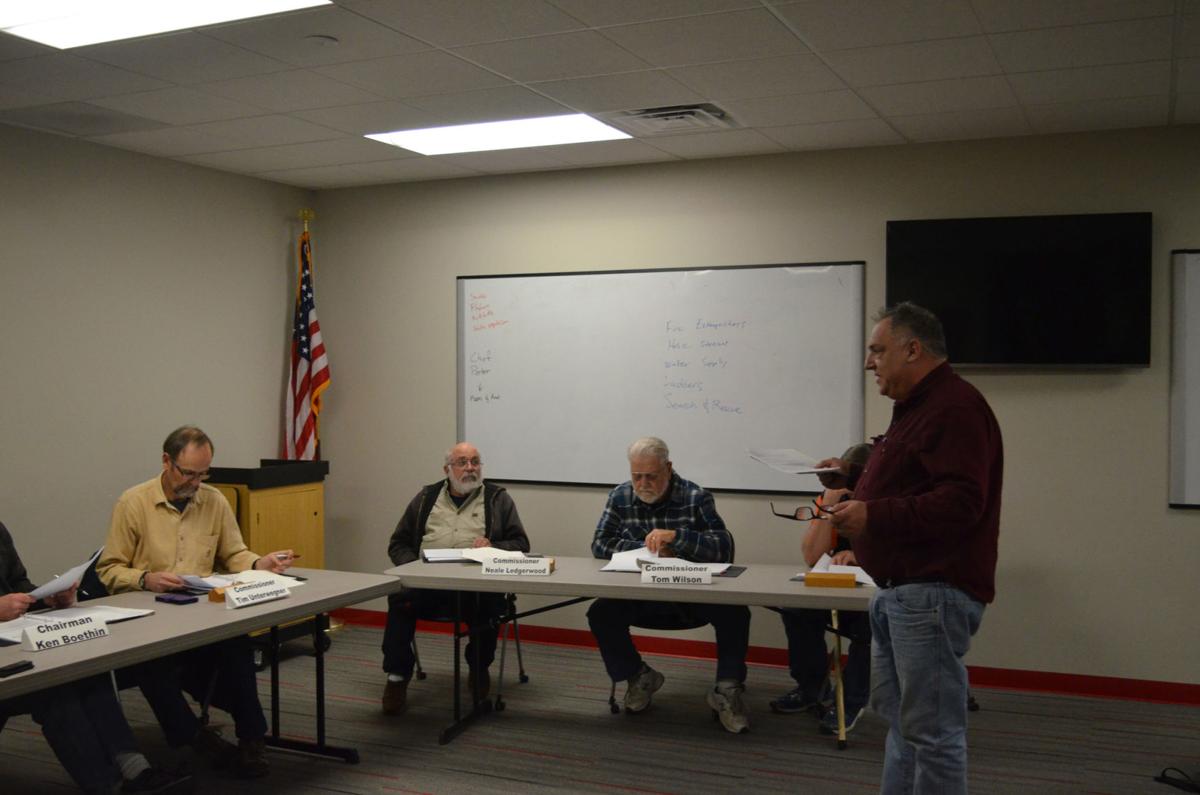 Chris Fox, manager and one of the owners of Riverside Home Park, presents his case before the John Day Planning Commission on Jan. 14. 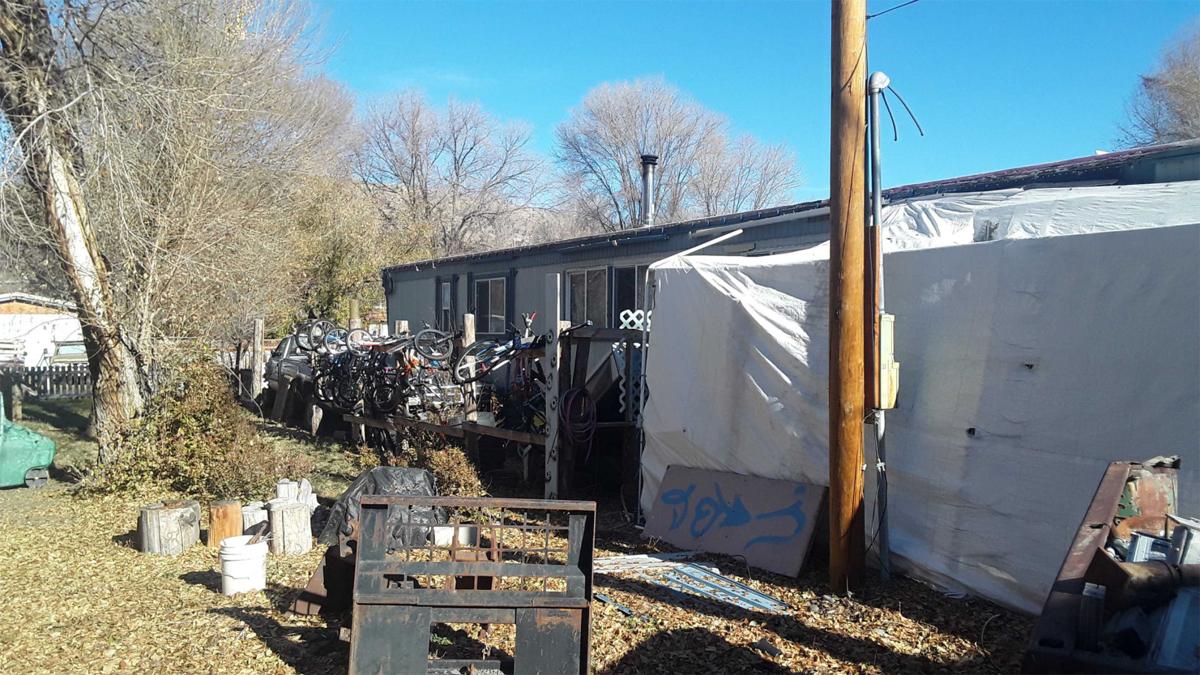 A photo of space 23 at Riverside Home Park presented to the John Day Planning Commission from the city inspection of the home. 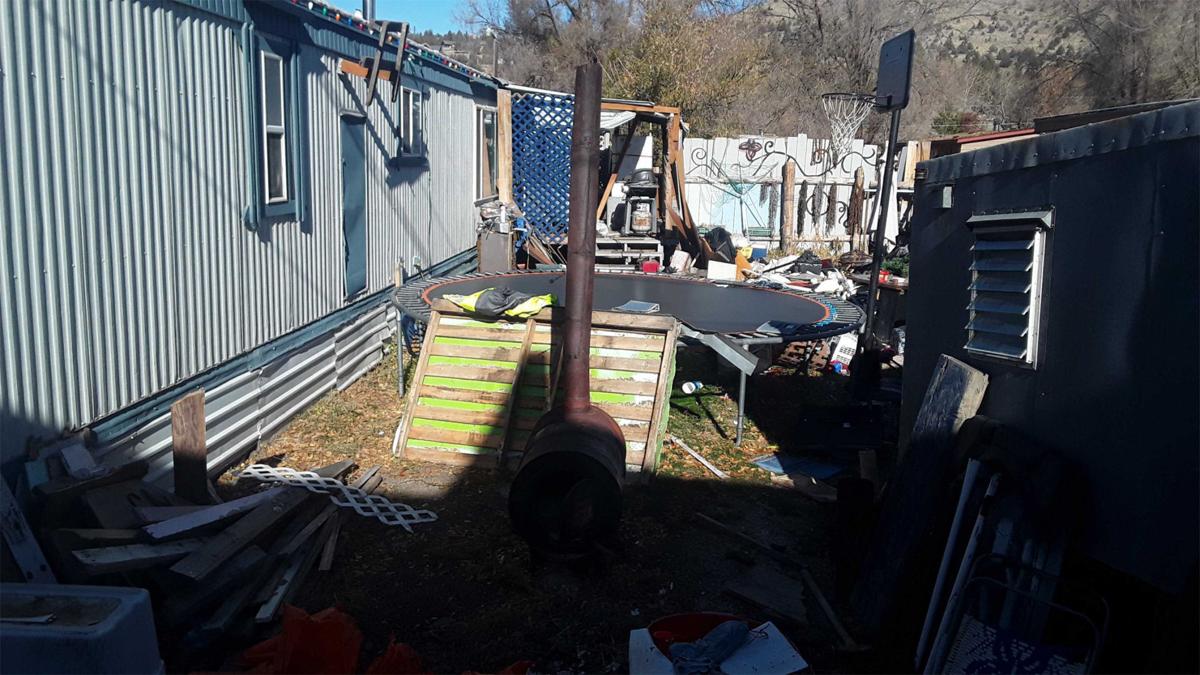 A photo presented to the planning commission shows debris next to the house on space 23 at Riverside Home Park.

In a photo of space 23 at Riverside Home Park presented to the planning commission, one of the accessory structures was propped up by iron bars, which was not permitted by the city.

Chris Fox, manager and one of the owners of Riverside Home Park, presents his case before the John Day Planning Commission on Jan. 14.

A photo of space 23 at Riverside Home Park presented to the John Day Planning Commission from the city inspection of the home.

A photo presented to the planning commission shows debris next to the house on space 23 at Riverside Home Park.

The John Day Planning Commission has revoked a variance granted to Riverside Home Park in 2016 because of a failure to meet other code requirements.

The Class B variance allowed Riverside to place single-section manufactured homes that did not meet the minimum size requirements in the John Day City Development Code, according to the staff report presented to the planning commission.

With the revocation, no new homes will be allowed that are not fully up to code. Of the eight homes installed under the variance, two are occupied, but the occupants will have the opportunity to bring the homes up to code, City Manager Nick Green said.

“The city is working with the owners toward an abatement agreement that is in the best interest of the park’s tenants and John Day as a whole,” Green said.

Why the variance was revoked

Variances are modifications to the development code that would not otherwise be permitted, Green said.

“The code cannot provide standards to fit every potential development situation, so variances allow applicants to seek exceptions to code standards,” said Green. “The variance process provides flexibility while maintaining the purpose and intent of the code.”

Riverside was granted the variance, allowing property owners to bring in houses smaller than specified by the code, because it was seen as a way to address housing shortages, Green said. The units were still required to meet other code requirements, permitting and due process, he said.

Riverside not complying with code requirements and permitting was one reason why the matter was reviewed by the planning commission. The variance also did not go through the correct procedure when it was granted, Green said.

“The planning commission’s intent was to allow Fox to bring in single-wide trailers as long as all of the other conditions of the code were met,” Green said at the planning commission meeting. “We called that a variance, but we probably should have called it a conditional use, but the reality is, whether you called it a variance or conditional use, we should not have issued it because we did not provide the public with the opportunity to comment.”

Since the issuance of the variance in 2016, eight manufactured homes have been placed in the park, and two are occupied, Green said. The variance revocation affects only housing added since 2016.

“If your home existed before 2016, this is not related to your property at all,” Green said.

Chris Fox, an owner and manager of the Riverside Mobile Home Park, presented the commission with a handout including a letter with a timeline of how and when units were installed since 2016.

“I am unaware of any installs that violate a lot envelope,” Fox said in the letter. “I am not out trying to hoodwink anybody, and I have been sincere in my efforts, not only this but in management, and I have additional proof that shows my efforts in trying to get an installer,” Fox told the commission.

Green asked the planning commission to review photographs of the inspection of space 23, which was referenced in Fox’s testimony, a single-wide unit placed in the last three years.

The first picture showed an accessory structure that was attached using plastic sheeting and pipes. Fox said the roof pitch was almost 3 inches of vertical rise for every 12 inches of horizontal run, but Green said it was substantially flat and did not meet the 3/12 requirement. There was also a second accessory structure propped up by iron bars.

“This manufactured home had no permit application, and there was no inspection, and (it) was occupied without permits,” Green said.

Fox said the unit is owner-occupied and is the biggest problem at the park. However, since Fox is the property owner, he is responsible for what happens on the property, Green said.

While the photos presented a property littered with debris and violations, Riverside resident Karen Bailey said that not all units at Riverside were like that.

“Yes, the trailer court has lots of issues, and it needs to be cleaned up, but there are a lot of us who have been there for a darn long time and do have clean places,” Bailey said.

The eight units and the future

With the variance revoked, the city is working with the park owners to bring the housing up to code.

“We will allow the owner to apply for permits and perform inspections retroactively after bringing in unpermitted homes, if the owners are willing to sign an abatement agreement,” Green said. “The city has no intention to cause the tenants any hardship or inconvenience, and will work with occupants to ensure their homes are in compliance with the code.”

Unpermitted units that were placed in an unsafe manner must be removed if they cannot be brought up to code, Green said.

Fox has 10 days to decide if he wants to appeal the planning commission’s decision to the city council, Green said. If Fox does not appeal, the decision will stand.