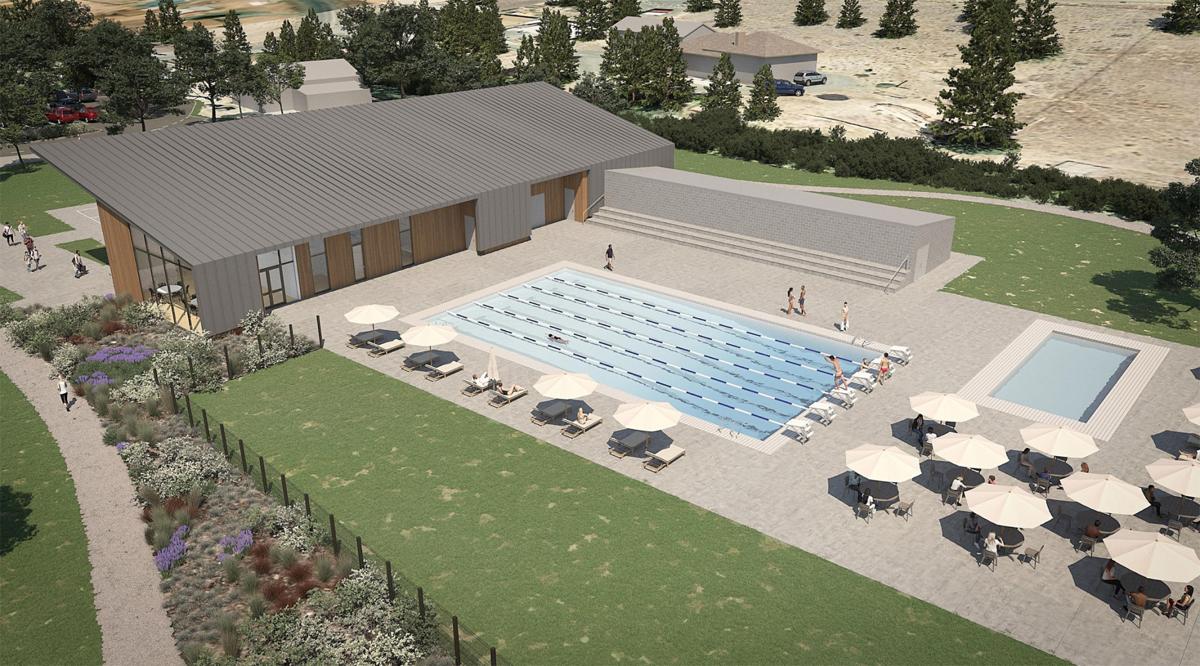 The site concept for a future aquatics center in John Day presented during a virtual meeting April 14. 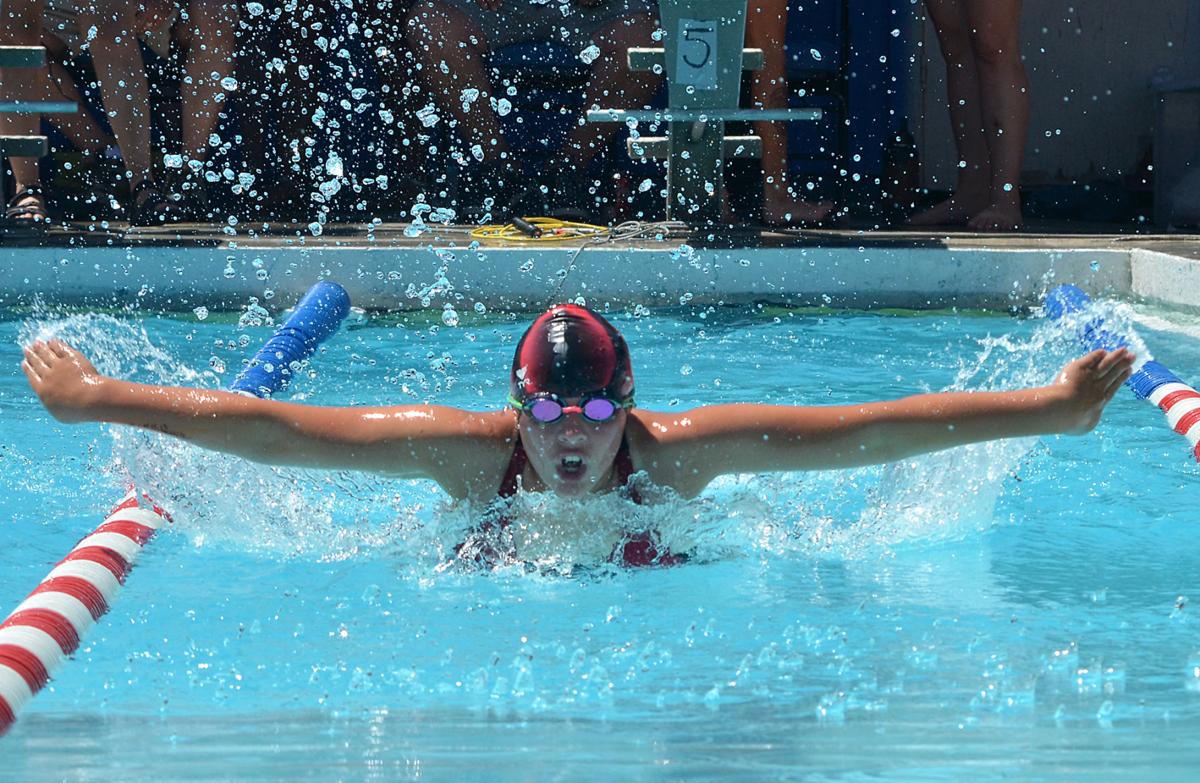 John Day swimmer Sierra May competes in a butterfly event at the John Day Swim Meet in 2019. 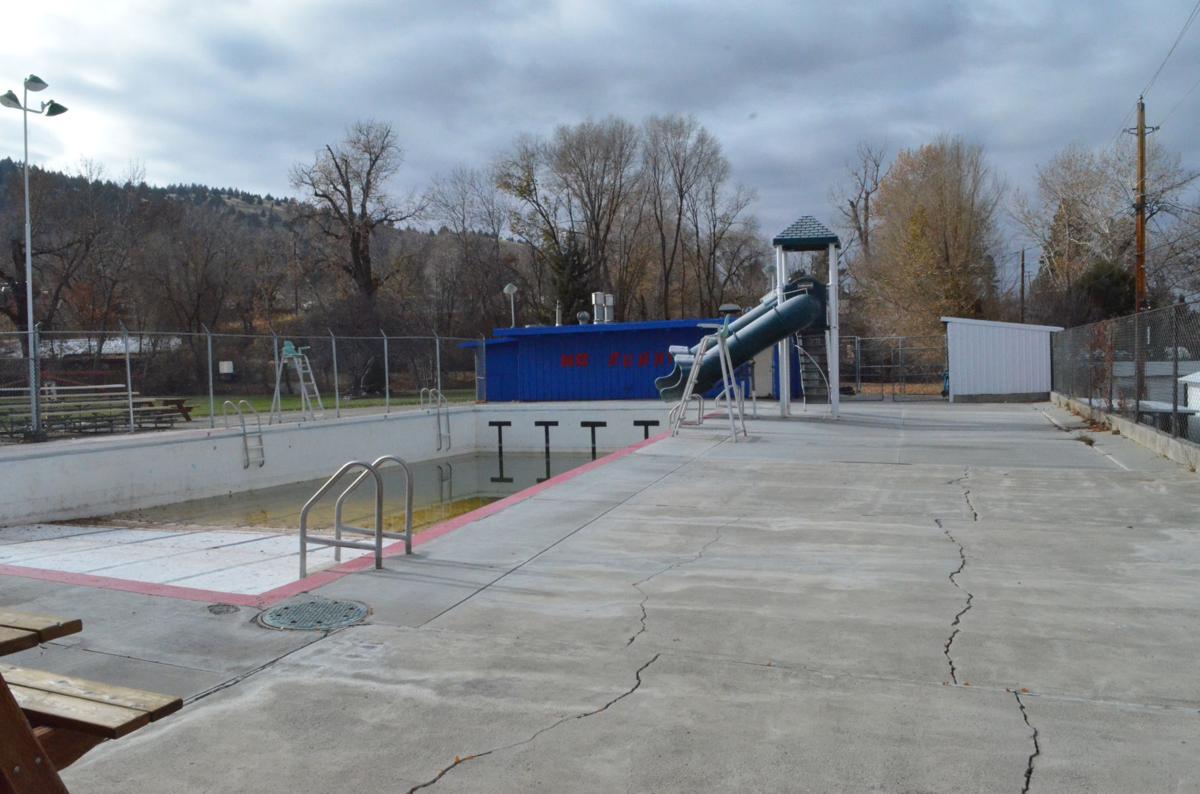 Plans have been released for a new pool to replace Gleason Pool, which is scheduled to close after the 2020 season.

The site concept for a future aquatics center in John Day presented during a virtual meeting April 14.

John Day swimmer Sierra May competes in a butterfly event at the John Day Swim Meet in 2019.

Plans have been released for a new pool to replace Gleason Pool, which is scheduled to close after the 2020 season.

“We kept the team working, and we had finished a lot of the work prior to the coronavirus,” said John Day City Manager Nick Green.

Green said construction is anticipated to cost $6 million, and the aquatic center’s operations, maintenance and equipment replacement is expected to cost $90,000 per year.

If approved, a proposed ballot measure could be sent to voters in John Day, Canyon City, Seneca, Prairie City, Mt. Vernon and those within their rural fire districts. The proposed measure consists of two parts with one part covering the operations expenses and the other part covering the 20-year capital improvement bond to build the aquatic center.

To cover operations, a new taxing district would be established with a permanent rate of 20 cents per $1,000 of a property’s assessed value. For a property assessed at $100,000, this would cost $20 per year permanently.

A goal in planning for the proposal was to have a rate that would come in below the hospital bond rate set to retire in 2020. While the aquatic district will present a new tax, property owners would still see a reduction in their overall year-over-year net tax with the retirement of the hospital bond.

Green noted that this was based on a pre-COVID-19 pandemic analysis.

“What is interesting to note about that is that it was based on our analysis from a month ago when municipal bond rates were hovering around 3.3%,” Green said. “... We’re borrowing at 2%, and it may go lower.”

Multiple people throughout the county assisted in planning for the aquatic center: Haley Walker, who is the chair of the swim board; Art Thunell, Russ Young, Lisa Weigum and Zach Williams from the John Day-Canyon City Parks and Recreation District; Grant School District Superintendent Bret Uptmor; and Rob Raschio, who is appointed to represent the county’s interests. Each contributed to the discussions and planning for the proposal. The plans were also presented to a steering committee of public officials from each of the five cities.

Walker, who is also the Grant County Regional Airport Manager, said a representative of the swim team was always invited to be a part of the stakeholder meetings. This was important because it allowed the swim team to add additional input that an expert might have missed, Walker said.

Weigum said, while John Day initiated the conversation regarding a new pool, it was a plan that involved representatives from the community that discussed different design ideas, costs, other failing pools and funds.

“Part of the exploration was looking at where our users come from and asking, ‘Do users of the city pool come from Monument or Long Creek?’ No,” Weigum said. “Would you include them in a proposal if no users come from that area?”

Walker said swimmers come from all around the county, and a main goal for the swim team is continuing their swim program for the youth in Grant County.

“We get swimmers from John Day, Canyon City, Mt. Vernon, Prairie City, and I know Grant Union School District sends kids for their summer academy so it reaches all the way to Seneca and the Izee kids,” Walker said. “This project covers a great area of Grant County for sure.”

Along with recreational benefits, Walker added that the pool has provided economic and safety opportunities. She said people come in from The Dalles, Bend, La Grande, Baker, Lakeview and Prineville for home swim meets.

“We have up to 250 swimmers, and many of their families come as well, so they bring a whole lot of business into Grant County for Friday, Saturday and Sunday,” Walker said. “We hear oftentimes that the John Day swim meet is the favorite of all these folks, and that’s why they continue to come every year.”

Weigum added it’s important to have a pool in the county because of its benefit for community health opportunities and people of all ages.

“I understand that whenever you’re talking about taxation, it’s really scary and nauseating thinking about it now with our current economic climate, but for me, the benefit outweigh the costs,” Weigum said. “Community health is worth $66 a year for me. Is it going to be like that for everybody? Probably not, but for me it does.”

The aquatics center is planned to be a 7,700-square foot facility featuring a six-lane, 25-yard competition pool and a future 600-square foot warm water pool.

The aquatics center design includes a lobby, locker rooms, restrooms, a party room and office space. Along the north edge are the utility support spaces and seating for competition, which could potentially seat about 200 people, according to Green.

The diagram that Green presented showed an aquatics center with pickleball courts, which would not be funded as part of the initial construction but could be added through nonprofit fundraising to create some variety until phase two.

“The thought behind the design of the phase one facility is that it could expand to year-round use with a covered pool and an expanded recreation component in the future,” Green said. “It’s why it’s designed the way it is. If we were just building an outdoor pool, and that’s all we ever wanted to have, then we wouldn’t go with this type of design.”

The aquatics center funding package would include all the site development costs to complete parking, grass and help reconstruct a portion of the trail system to make it accessible.

“The question I get is what’s $6 million buying us? Does that mean a covered pool and a gym?” said Councilor Paul Smith. “I say, ‘No. It lays out an outdoor pool with the pretense of a phase two, which would be a later development.’ What we’re voting on now is that outdoor pool facility and the operations, maintenance and replacement.”

In addition to the aquatics center, the city is looking into options to add an indoor recreation center to the area as part of phase two. Green said the possible rec center, however, would be a separate project not funded by the aquatics district.

“This phase one facility that we would ask the county court to refer to the voters, I think, would serve this community very well,” Green said.

During June and July, listening sessions will be held in the communities that would be affected, and action committees will then present the final plan to be recommended to the county, Green said.

With the fate of a pool in Grant County depending on whether voters approve a new aquatics taxing district in November, Grant County Court mem…

Officers on leave after shooting at car full of minors

He thought Covid-19 was like the flu. Then this happened

Infectious disease expert on why he thinks US needs another lockdown