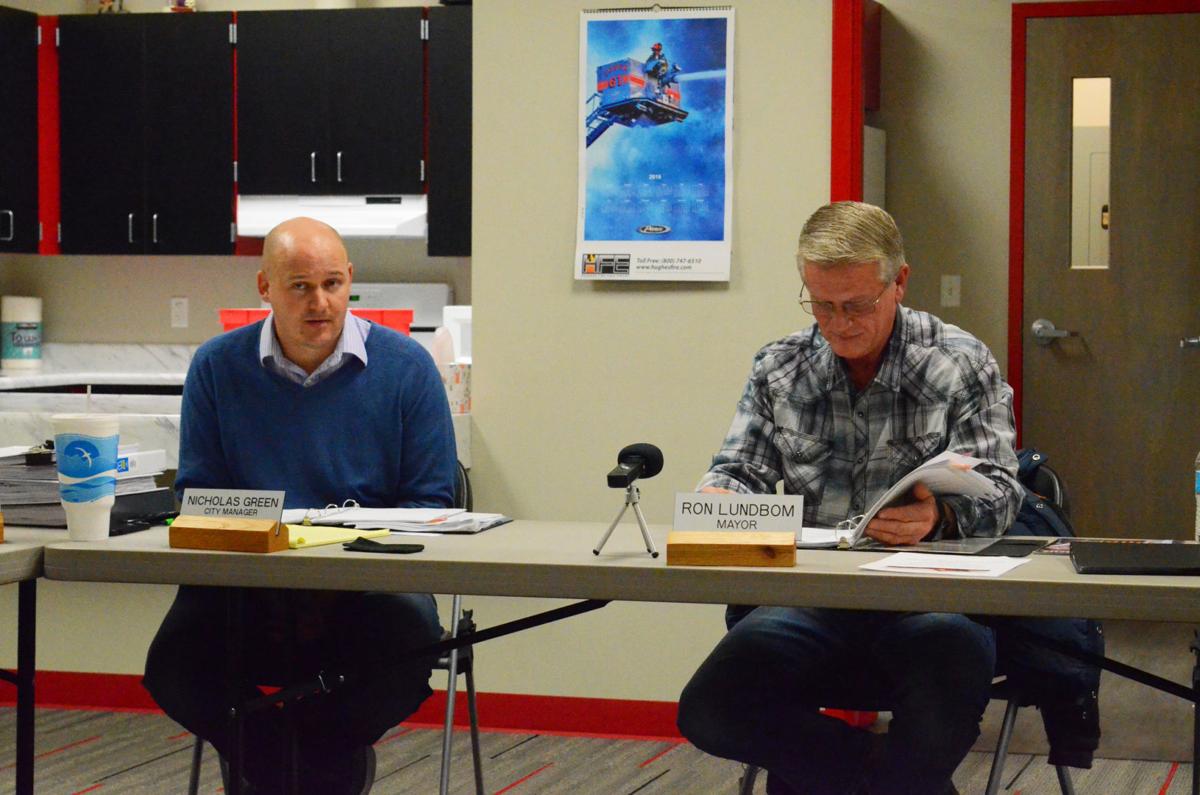 City Manager Nick Green talks about the ongoing projects in John Day as Mayor Ron Lundbom looks through the agenda for more information on Dec. 10. 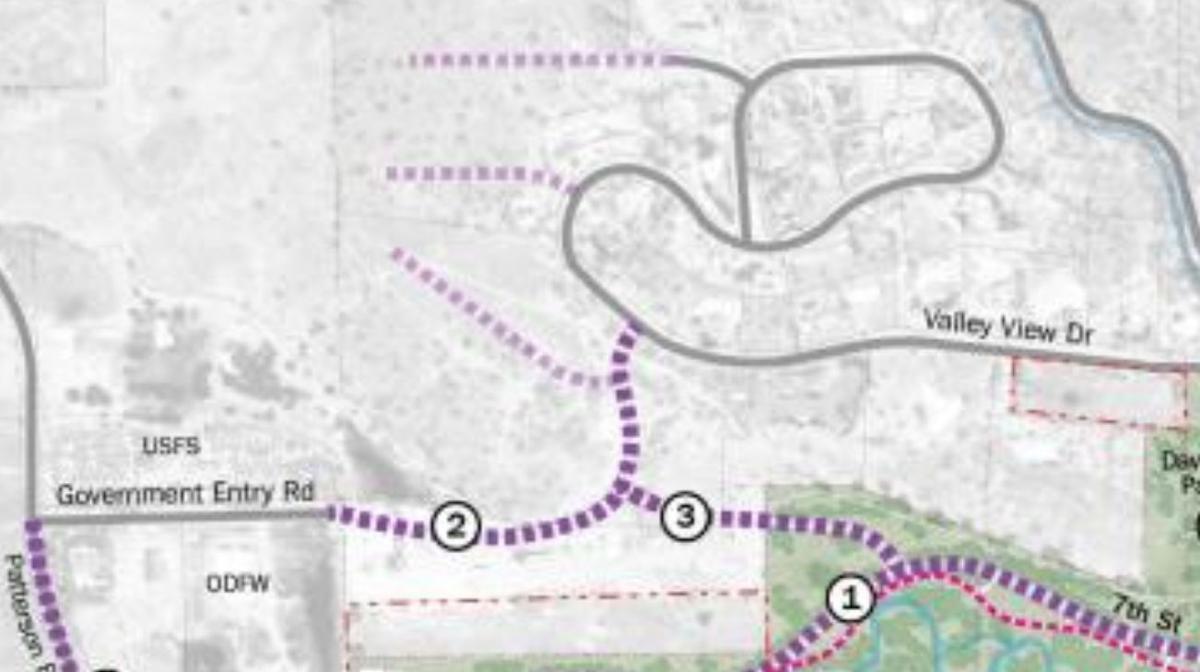 The city of John Day is in negotiations with Iron Triangle to purchase property between Government Entry Road and Valley View Drive to create a connection as shown in No. 2 on this map. No. 1 shows the proposed Seventh Street extension, and No. 3 is another proposed connection between the new roads.

City Manager Nick Green talks about the ongoing projects in John Day as Mayor Ron Lundbom looks through the agenda for more information on Dec. 10.

The city of John Day is in negotiations with Iron Triangle to purchase property between Government Entry Road and Valley View Drive to create a connection as shown in No. 2 on this map. No. 1 shows the proposed Seventh Street extension, and No. 3 is another proposed connection between the new roads.

Negotiations continue between the city of John Day and Iron Triangle for the acquisition of property that would be part of the Innovation Gateway Project.

The city plans to purchase the area to obtain the right of way between Patterson Bridge Road and Valley View Drive to create the new Government Entry Road and complete the Seventh Street Extension.

This is a 14-acre parcel that includes two small office buildings and a main shop, according to John Day City Manager Nick Green. The barren land is located between the U.S. Forest Service office building and Valley View Assisted Living.

The city plans to demolish the office buildings there, complete the streets and then replat the 14 acres into smaller lots that can be used for light industrial purposes, Green said. He also proposed that, since the city does not need more land, they would subdivide the land, put it on the market and sell it to offset the acquisition costs.

The city completed a property appraisal, which valued the 14-acre parcel at $495,000, and the environmental remediation and right-of-way acquisition was estimated at a cost of about $200,000. The land and buildings were considered in the appraisal.

Potential funds for the acquisition would be a grant from the Economic Development Administration or a loan through the remediation program, if grants are not available.

The agreement potentially aids both sides of this agreement with the city gaining the right of way and Iron Triangle using money from this sale for the development of Ironwood Estates phase 2.

“I look at this almost as a joint development agreement because we’ve got a property owner who owns 30 acres of residential land adjacent to this industrial area and wants to take the cash from this sale and put it into land development for housing,” Green said.

Councilor Elliot Sky expressed a concern with a purchase being made without much development happening. He suggested having a timeline of expectations for construction to be put into the agreement.

“I’m less interested in trying to barter down the price as I am trying to get more information on the timeline, so that we feel confident in where the city is going to put this money in, and we have confirmation that it (Ironwood Phase 2) will be developed in this time,” Sky said.

Sky also mentioned that both parties in this agreement benefit from the construction of the road and said that should be considered in the price. Councilor Shannon Adair added concerns about not being able to sell the industrial pieces, which would become the city’s responsibility.

Green suggested the possibility of the city and Iron Triangle forming a public-private partnership and that the urban renewal incentives would motivate construction.

The council agreed to continue negotiations to see if compromises could be made.

The plan is to start the Phase 1 environmental assessment early in 2020 with the goal of completing the property purchase by June 2020, but no later than November, Green said.

How Trump's words have been used against him in court

Why Shake Shack isn't putting plant-based meat on its menu