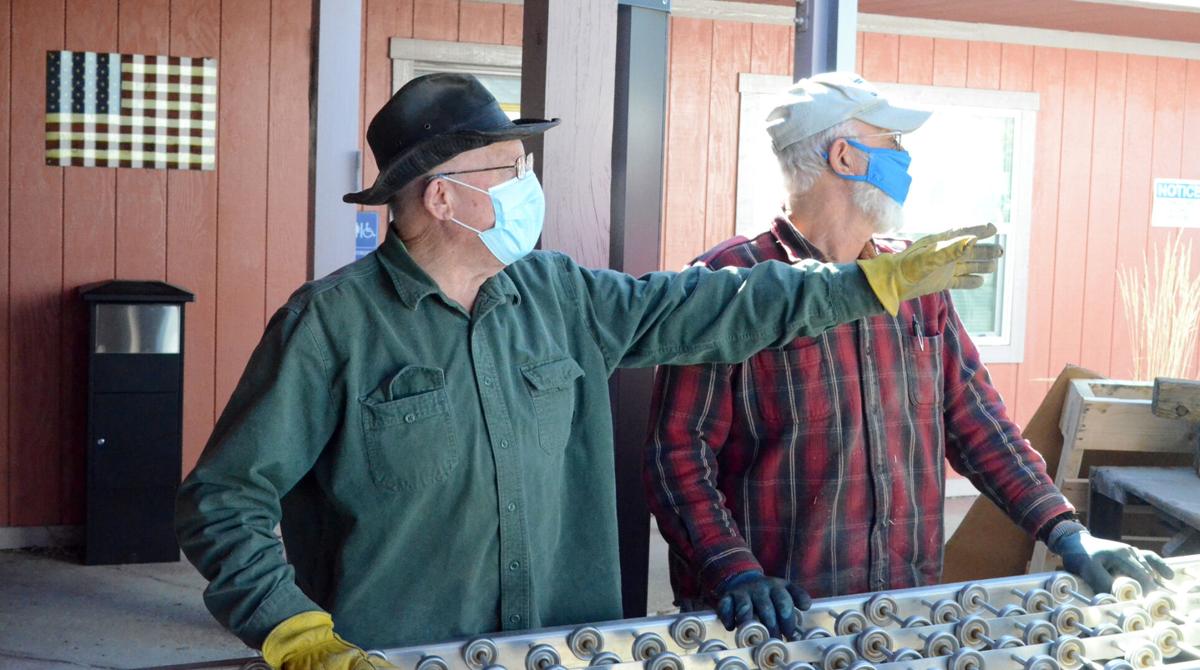 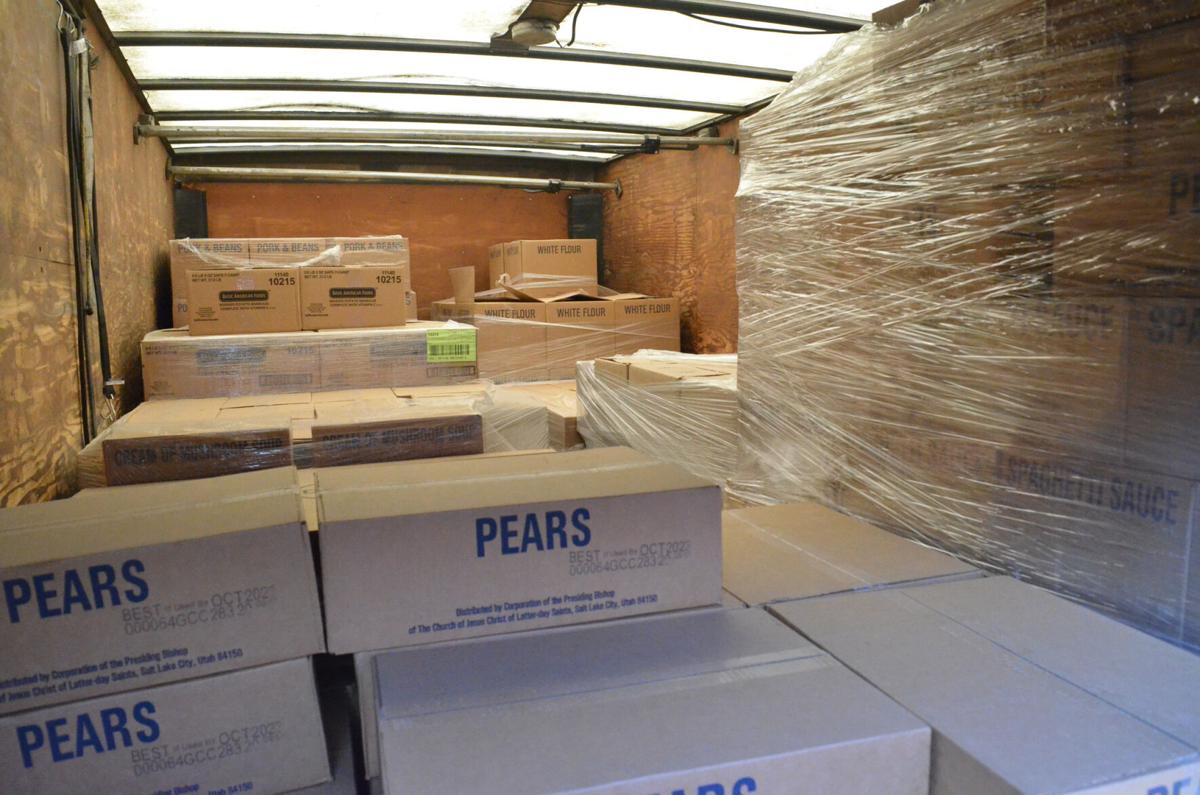 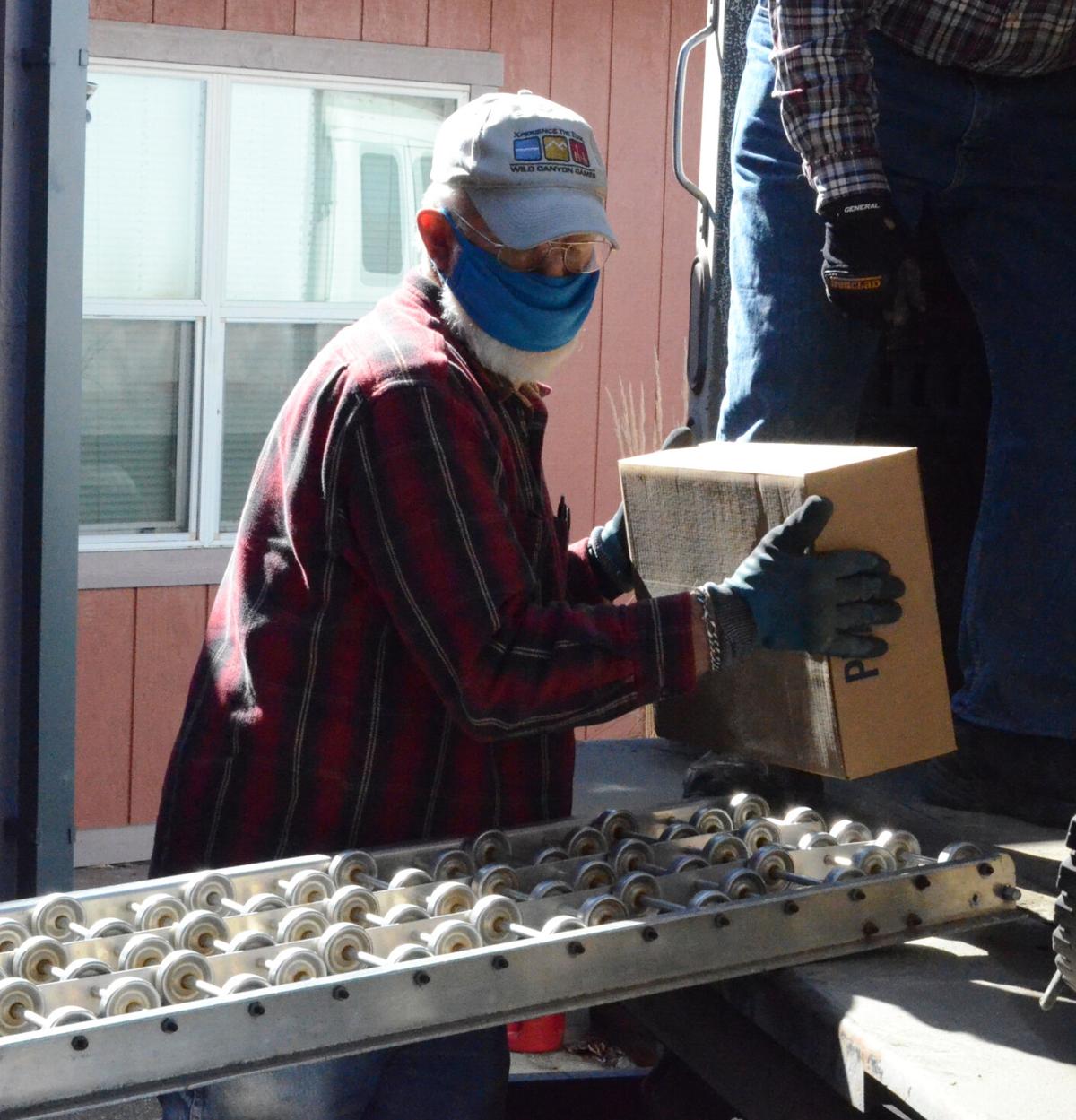 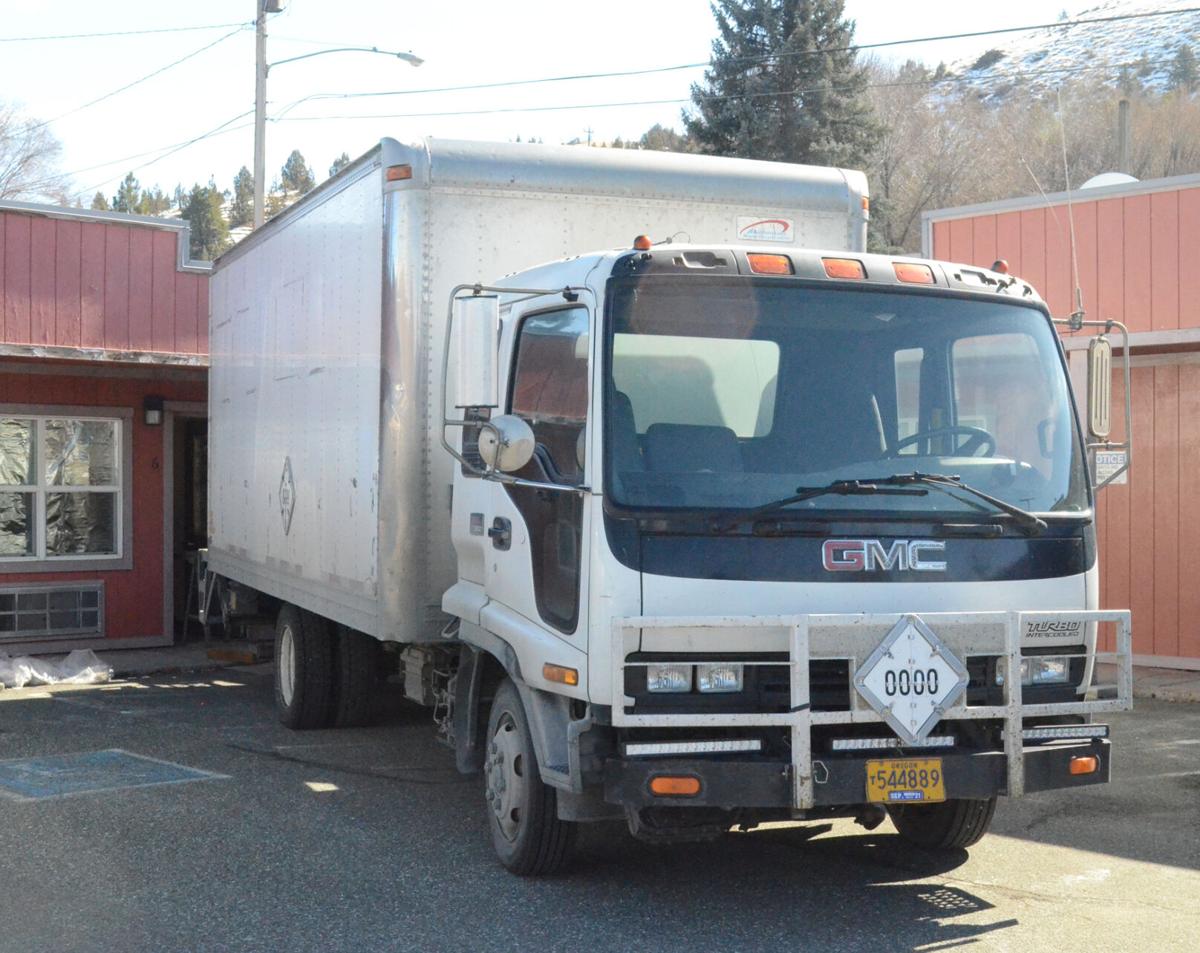 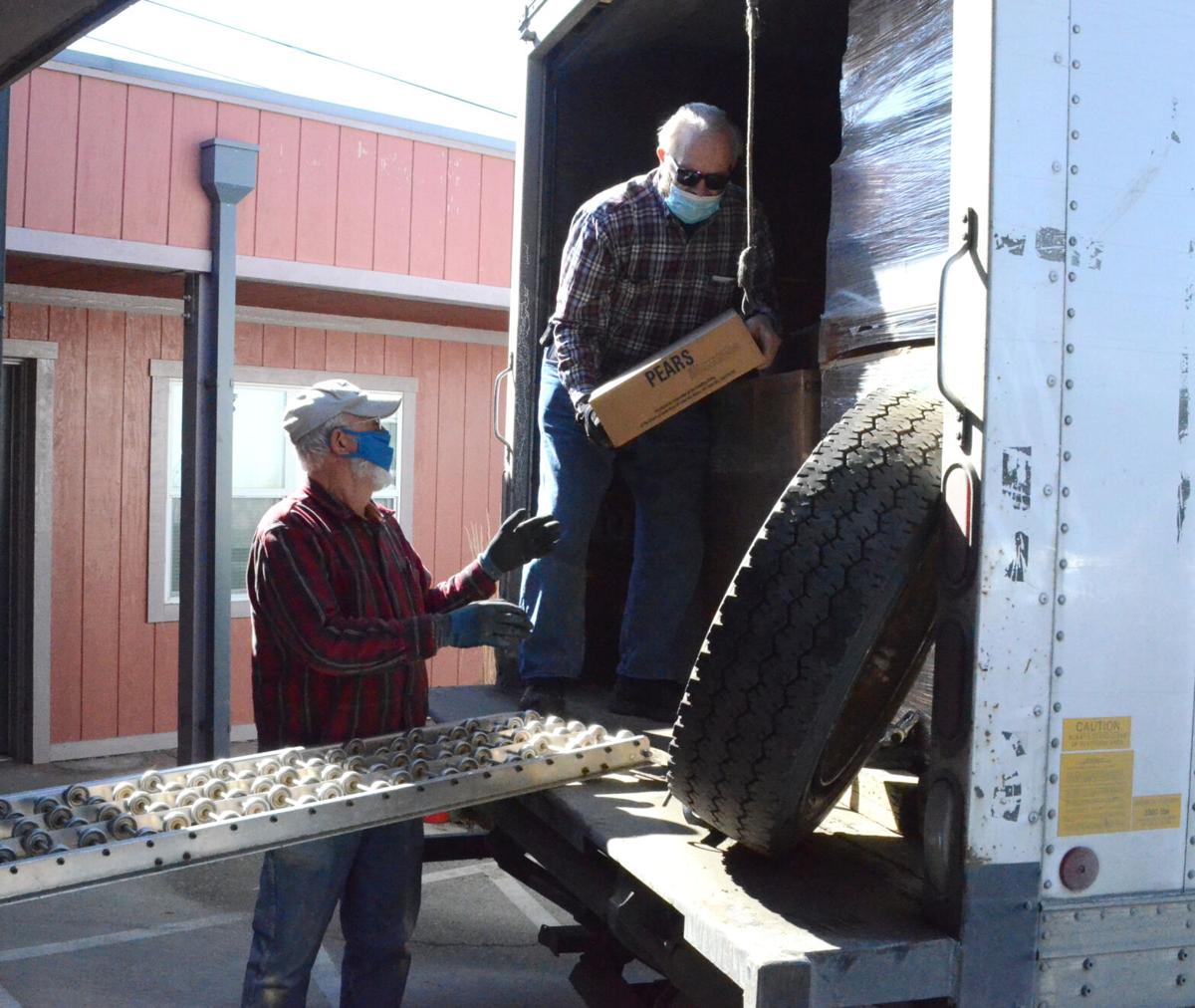 A simple request for peanut butter turned into 15,000 pounds of food for the Grant County Food Bank.

Grant County resident George Sintay said peanut butter got expensive, and the food bank was unable to obtain the popular item from their provider. He knew, however, that his church, The Church of Jesus Christ of Latter-day Saints, made their own peanut butter in Texas.

Chadwick found the food bank was in need of a boost and helped get an entire shipment of food. The shipment was delivered to the Northeast Oregon Regional Food Bank to boost supplies throughout the region.

Chadwick said his role in the large donation was a minor one.

“The Stake (church leadership) decided that the John Day Food Bank would get 40% of the 38,000 pounds of food,” Sintay said. “They said when the truck comes it would come with more than just peanut butter. It would come with commodities that would be useful anywhere, but the neat thing about the peanut butter is that they sent strawberry jam with it.”

Sintay rode along March 4 with John Day Mayor Ron Lundbom, who donates his time and resources to pick up the food monthly for the food bank, and they came back with 15,000 pounds of food.

Tom Sutton, a member of the food bank board of directors, said he was grateful for the donation from the church and the help from volunteers to unload the shipment.

Sutton said he was also grateful to Chester’s Thriftway owner Bob Cowan-Thompson for providing space at to store six to eight pallets worth of food that wouldn’t fit at the food bank.

The semi from Salt Lake City, Utah, had 37,889 pounds of food for the region, including peanut butter, packages of instant mashed potatoes and boxes of macaroni and cheese.

She noted it has been several months since the Oregon Food Bank sent canned fruit and boxes of macaroni and cheese. And she said this is the first time she recalls ever having anything close to this much jam available.

“I have never received pallets of jam before,” Smith said.

The amount of peanut butter also is substantial, welcome news because the Oregon Food Bank has been cutting back providing the popular staple.

“There is a peanut butter shortage,” Smith said.

The church shipped the food from its Bishops Central Storehouse in Salt Lake City. Volunteers and church-service missionaries staff the storehouses.

And the church produced much of the food. This included the many pallets of peanut butter, which came from a cannery the church owns and operates in Houston, Texas, said Chadwick.

Rob Murphy of Deseret Industries, a part of the LDS Church, drove the semi hauling the load. He said he has delivered numerous large shipments of food and items throughout the United States. In many cases he has driven into disaster zones, including communities hit by hurricanes. Murphy said he never tires of making deliveries to those in need.

“It is a wonderful thing to be a part of,” he said.

Smith said the timing of the delivery was ideal. She noted donations to the food bank are down, which is normal for this time of year. She said donations typically fall the first few months after Christmas.

Supplies at the food bank also are down because of the COVID-19 pandemic. She said fewer food drives have been conducted during the pandemic because they involve more contact, putting people at risk. And the recession the pandemic has caused makes the situation worse, increasing the need for food.

“Demand is way up,” Smith said.

Smith said significant financial contributions also helped the Northeast Oregon Regional Food Bank. Grocery Outlet in Island City donated $13,000 to the food bank in 2020 following a fundraising drive, and the state provided $60,000 in 2020 for food purchases due to the pandemic. She said the state normally does not provide such funding.

Those funds, Smith said, have played a big role in sustaining the food bank in early 2021.

And the shipment from the LDS Church will go a long way toward helping Smith feel more at ease.

Smith described it as “a huge relief.”

Gas, other consumer prices spike in first quarter of 2021