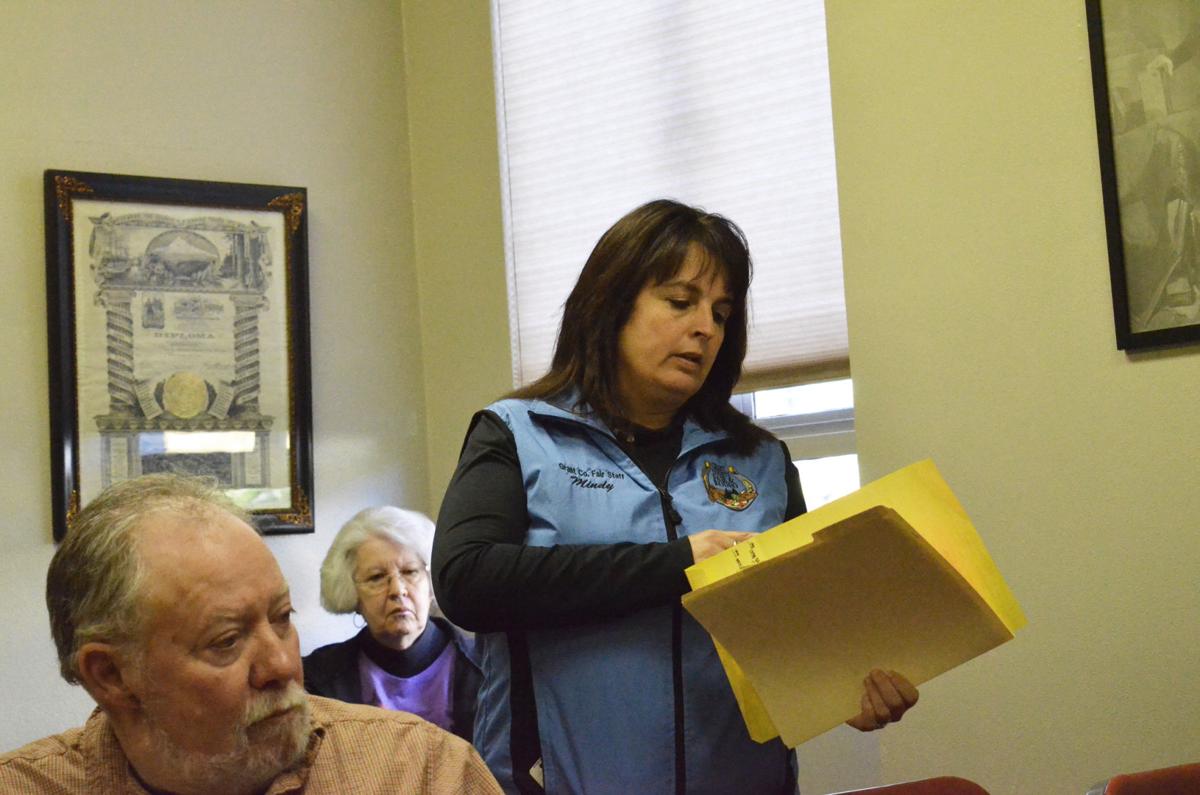 Fair Manager Mindy Winegar talks about plans for the heating system in Trowbridge Pavilion at the Grant County Fairgrounds. 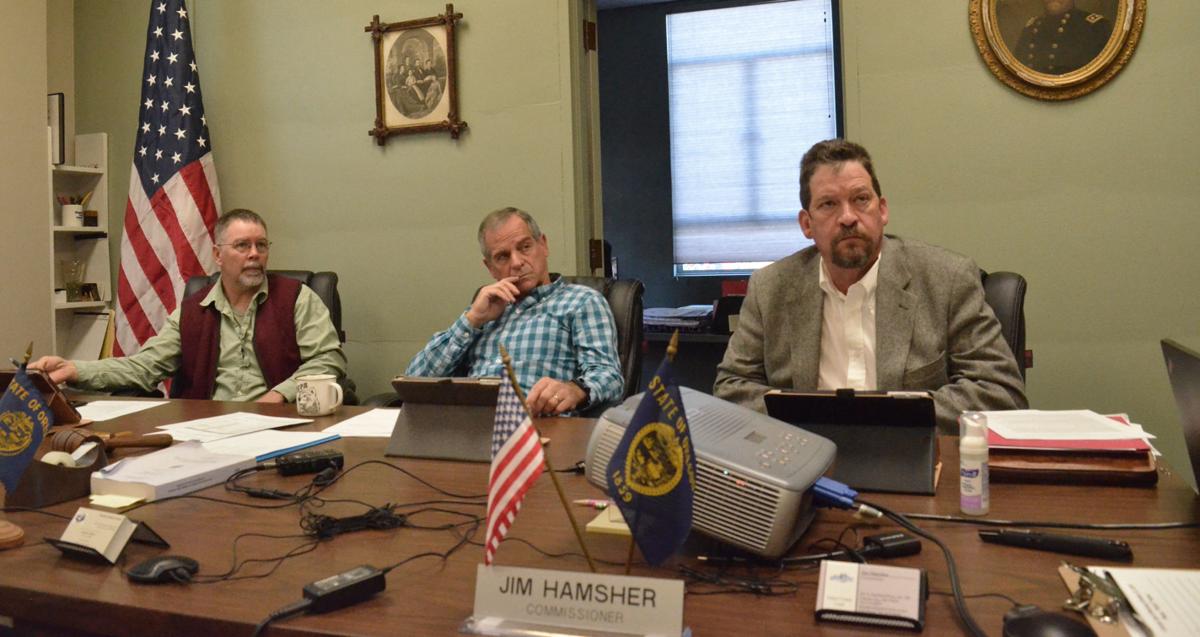 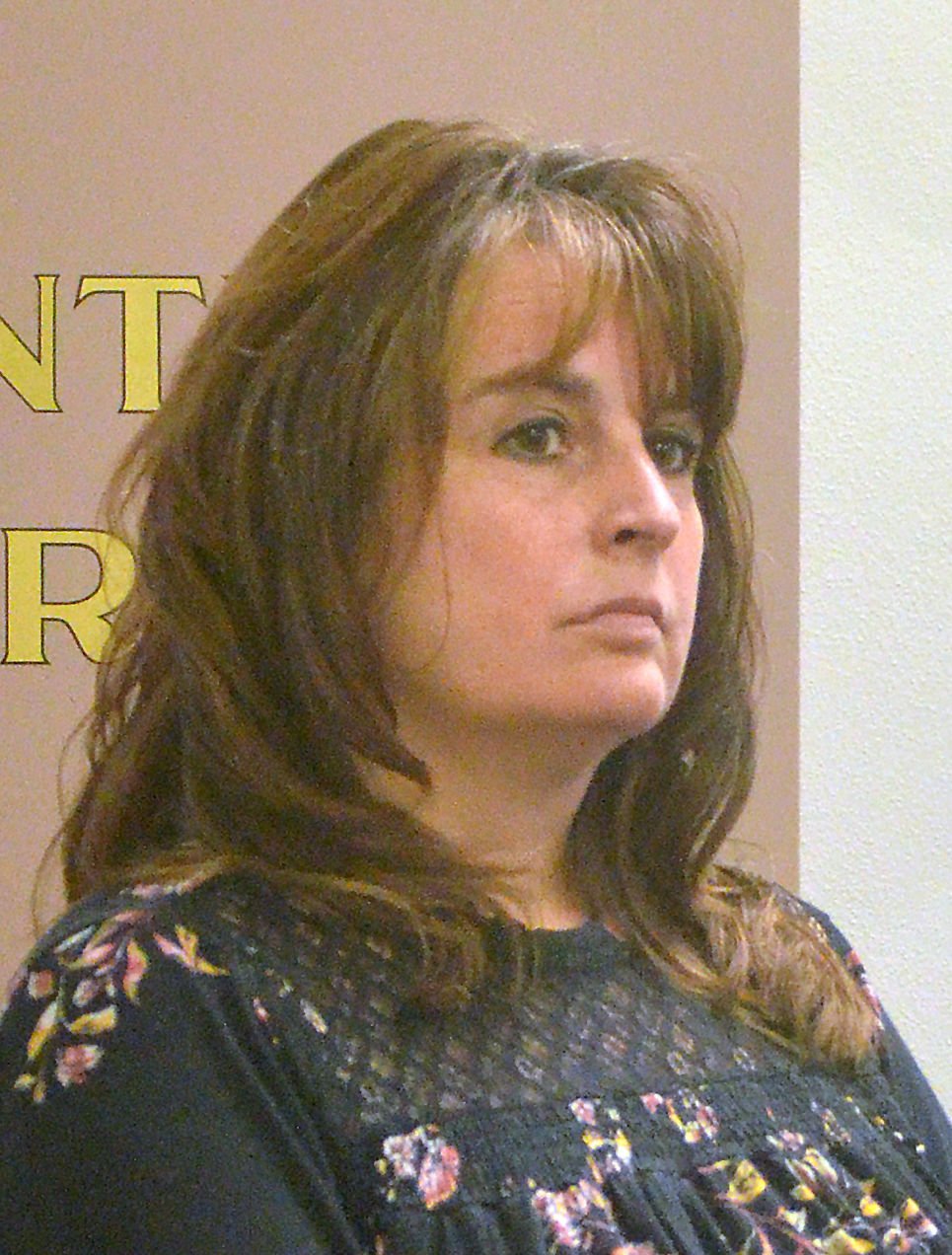 Fair Manager Mindy Winegar talks about plans for the heating system in Trowbridge Pavilion at the Grant County Fairgrounds.

Safety improvements at the fairgrounds have been scheduled, but the work will cause changes to some events planned next spring.

Grant County Fair Manager Mindy Winegar told the Grant County Court Oct. 23 that the 10-week project on Trowbridge Pavilion is set to begin and end between March 9 to May 11, depending on contractors and availability.

The construction project is necessary because roots on the north side of the pavilion have lifted and cracked the pavilion’s concrete floor and created a tripping hazard.

While some events in the pavilion have been canceled, Winegar made changes for the location of several events. The Gun Show on April 25, which is usually planned in the pavilion, will be moved into the Heritage Building or another facility on the fairgrounds.

While all events can’t be accommodated, Winegar is working with other facilities — the Grant County Regional Airport, the Elks Lodge, and others — to host events. The fairgrounds will lose approximately $1,000 in revenue, she said.

When asked why there couldn’t be a temporary fix for the biggest crack in the pavilion to avoid cancelling events, Judge Scott Myers said, “We’ve attempted to do that several different times, but those cracks have just come back. By killing the trees and removing the trees, we are now pulling the concrete up and getting to the ‘root’ of the problem.”

During the county court meeting, commissioners decided that propane will fuel the new heating system for the pavilion. While Winegar pushed to use oil to avoid dealing with 1,000 gallon propane tanks, Commissioner Jim Hamsher talked about the benefits of propane.

“As far as cost goes, heating oil is currently twice the price of propane,” Hamsher said. “In the long term, with price fluctuations in oil, propane will be a more stable source since it is produced domestically.”

While propane would cost more money to install than oil, Hamsher said in time propane will be a cheaper investment because of the resource cost and lower need for maintenance.

The county court advised Winegar to look for bids for a propane fueled heating system.

In other county court news:

• The court approved two-year term dates for the members of the Natural Resources Committee. They also decided to stagger the terms so half of the committee would be up for election each year, and there are no term limits.

• The court appointed Scott Myers, Bob Quinton and Elisa Moore as the 2019-2020 Board of Property Tax Appeals members. This is a one-year appointment.

• The court approved their letter of support for Harney and Wallowa counties and there participation of Senate Bill 2.

Senate Bill 2 is a planning bill that allows local counties flexibility on up to 50 acres for land development, according to Myers.

“We have decided collectively as 10 counties, that instead of spreading out $100,000 dollars (given by the Oregon Legislature) across 10 counties and getting nothing done, two counties decided that they would like to have $50,000 each to proceed as demonstration counties to show how this bill will roll out,” Myers said.

Next year, Myers said the legislature will likely give a $500,000 grant so other counties will be able to try this program, but that is not guaranteed.

Trump gets upset when asked about police killing Black Americans