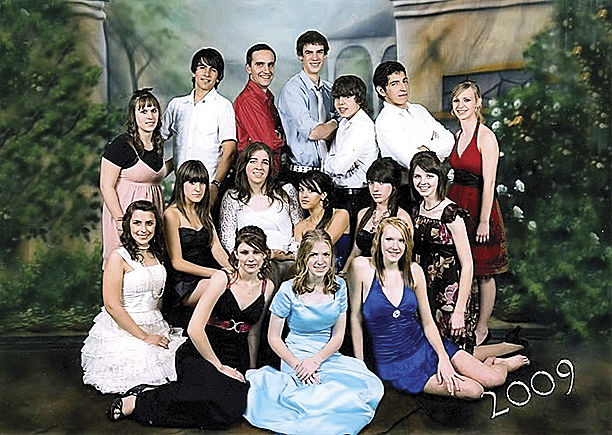 <p>Grant Union High School Spanish teacher Jorge Pulleiro, third from left on back row, with foreign students and students from their host families at the 2009 Winter Formal.</p> 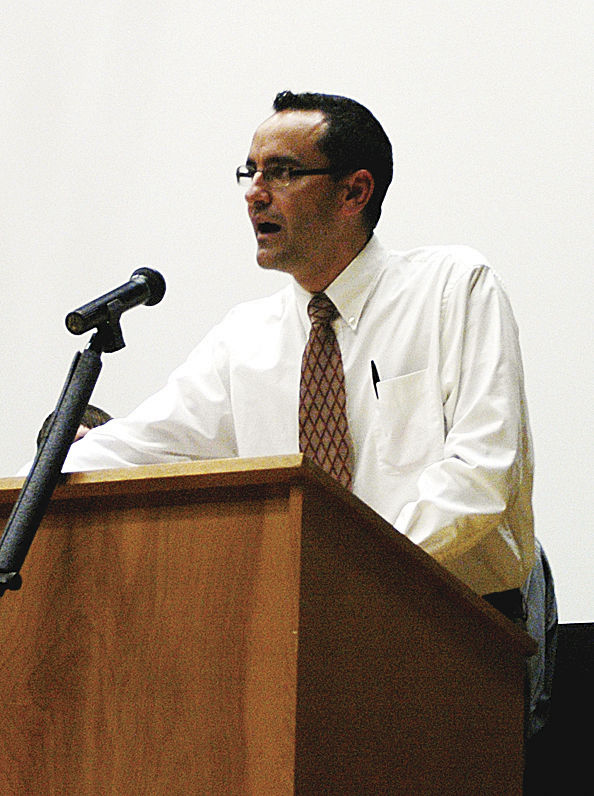 <p>Grant Union High School Spanish teacher Jorge Pulleiro, third from left on back row, with foreign students and students from their host families at the 2009 Winter Formal.</p>

He and his family plan to move in August.

Were sad to see him go after all hes done for the district, said Grant Union Principal Curt Shelley. We wish him well in his future endeavors.

The Spanish program grew from 60 students his first year to more than 120 students two years later.

Pulleiro also brought culture to the community over the years as he coordinated more than 60 foreign students from Argentina and Spain who were hosted by local families and attended Grant Union with the students in those families.

Shaylee Joslin, a 2010 Grant Union graduate, says she has fond memories of the Argentine student her family hosted a few years ago and her time learning Spanish with Pulleiro for three years in high school.

Shes continuing her Spanish studies at Brigham Young University in Provo - I wish we had him at BYU, she said.

He is a great teacher because hes so energetic and his teaching style is really effective, she said. Hes one of those teachers that make you want to perform well just because of the kind of teacher he is.

Rayce Houser, who recently finished his sophomore year at Grant Union and Spanish I, said Pulleiros class was always a lot of fun.

Hes a great teacher and really relates to the kids, he said. Im sure everyone learned a lot from him.

Spanish II student Cherise Holmstrom, who also completed her sophomore year, said Pulleiro helped her through a rough patch when she traveled to Spain last year with a foreign student.

Mr. Pulleiro was a huge impact on my life  not just as a teacher  hes an awesome guy all around, she said.

Pulleiro says the move is bittersweet.

He says he looks forward to teaching Spanish language arts at Wood River, noting that the students entering his class will have been through a dual immersion program, where Spanish- and English-speaking students learn both languages.

By the time they reach my class, they are bilingual, he said. I have always dreamed about teaching in a dual immersion school.

Another plus to the schools in Hailey, he said, is the opportunity it will provide for his own children  Lucas, 5; Emma, 10; Gina, 13; and Ashlie, 14  to improve their Spanish skills.

On the other hand, he noted that he and his wife Charlotte and their family will miss the John Day area.

Grant County is home, he said. We will definitely come back home and visit.

Pulleiro plans to return to John Day in 2013 during spring break to take this past years Spanish III students on a previously planned trip to Costa Rica, a country he visited in 2008 when he was one of 36 teachers in the U.S. selected for the Toyota International Teacher Program.

He said he appreciates the support for the Spanish program hes received from parents, teachers and the community.

Its been wonderful to work for the district and be part of the Spanish program, he said.

Before entering the U.S. Army, serving six years in the states and Germany, gaining the rank of first lieutenant, he was a schoolteacher in his native country, Argentina.

When he completed his service in the Army, he decided to return to education, and started teaching at Grant Union in 2005.

I truly enjoy being with the kids and hopefully I have been a good role model, he said. Its an honor for me to teach the future leaders of America.

Cattle rancher grapples with punishing drought in Western US

Students Write Over 2 Million Lines of JavaScript - with Blackbird Code