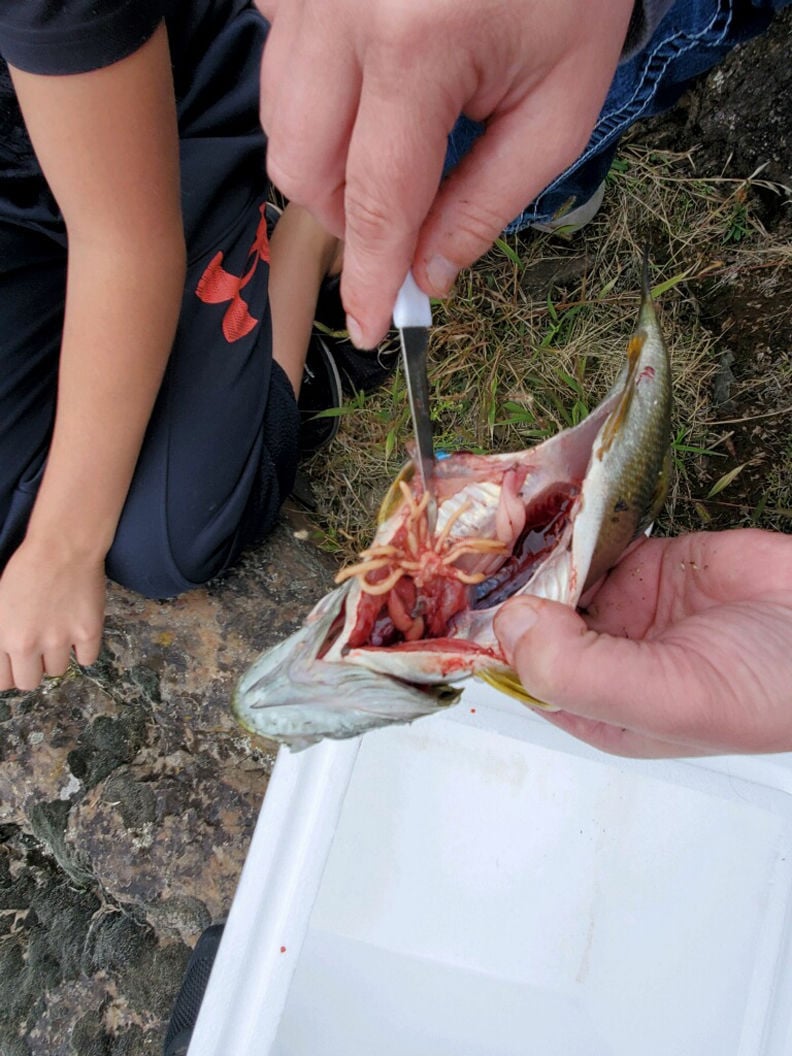 Trevor Sasser caught this smallmouth bass with a parasite inside on the North Fork of the John Day River. 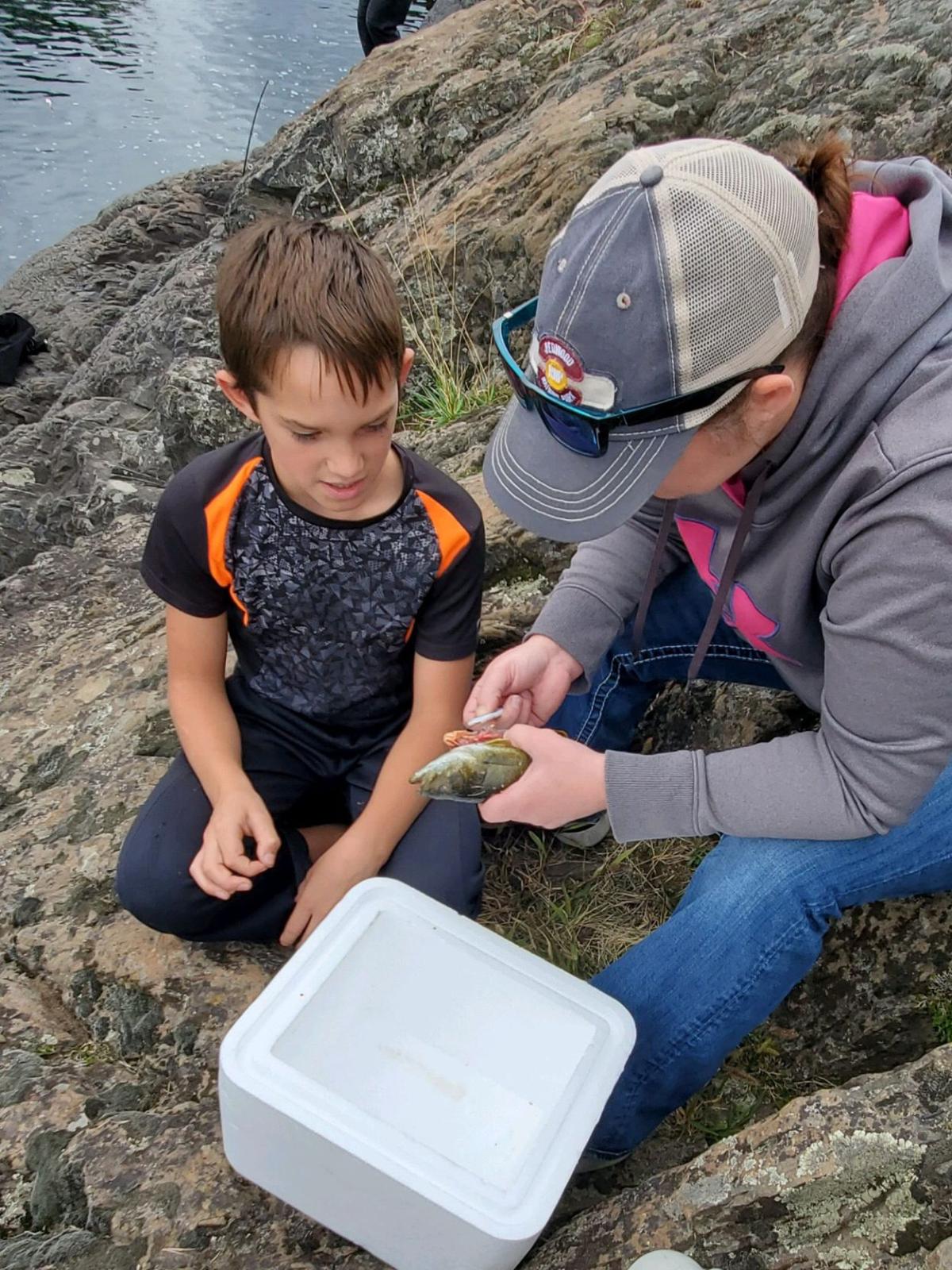 Trevor Sasser and his mother, Tami, begin cleaning the smallmouth bass that contained a parasite.

Trevor Sasser caught this smallmouth bass with a parasite inside on the North Fork of the John Day River.

Trevor Sasser and his mother, Tami, begin cleaning the smallmouth bass that contained a parasite.

While fishing at the North Fork of the John Day River, 10-year-old Trevor Sasser caught more than he bargained for.

After reeling in a smallmouth bass, everything appeared normal. But when his mom, Tami Sasser, cut the fish open, they found an unknown organism inside the bass.

“It looked like an alien,” Trevor said. “It was really disgusting.”

Tami described the parasite with multiple tentacles as “spongy” and said it was located under the lung, near the liver. When she pulled the parasite off out of the fish, the suction was comparable to that of a lamprey, she said.

“I didn’t think it was that much of an oddity,” Tami said. “I have seen external parasites before, but this was the first time seeing something like this.”

Not knowing what it was, they tossed the fish away.

Richard W. Stocking, a fish pathologist for the Oregon Department of Fish and Wildlife, said the parasite was not harmful.

“While unsightly, there is no reason to be alarmed as it’s a very normal life cycle,” Stocking said. “These parasites usually do little or no harm to the fish hosts. The fish are also perfectly safe to eat (as usual, cook all fish thoroughly).”

Stocking said he could not identify the parasite from the picture, but white grubs and bass tapeworms are most often associated with intestinal tissues.

He said ODFW would like to collect samples for more research, if anyone encounters a fresh specimen, which can be taken to the ODFW office at 305 N. Canyon City Blvd., Canyon City.