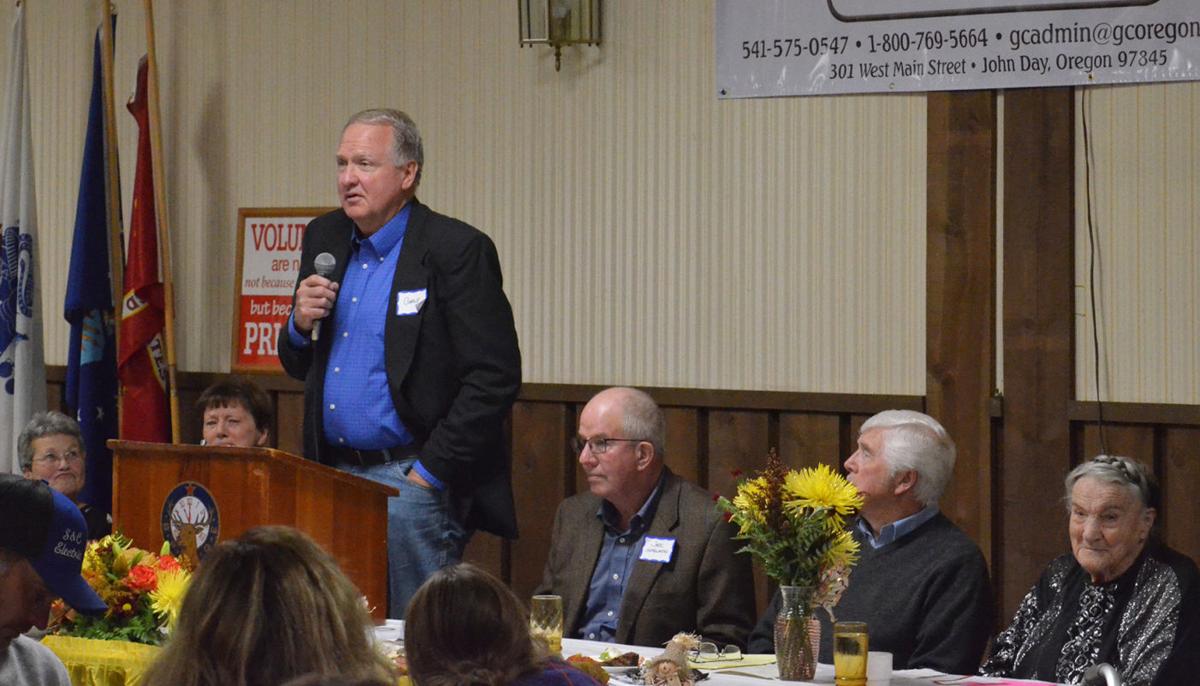 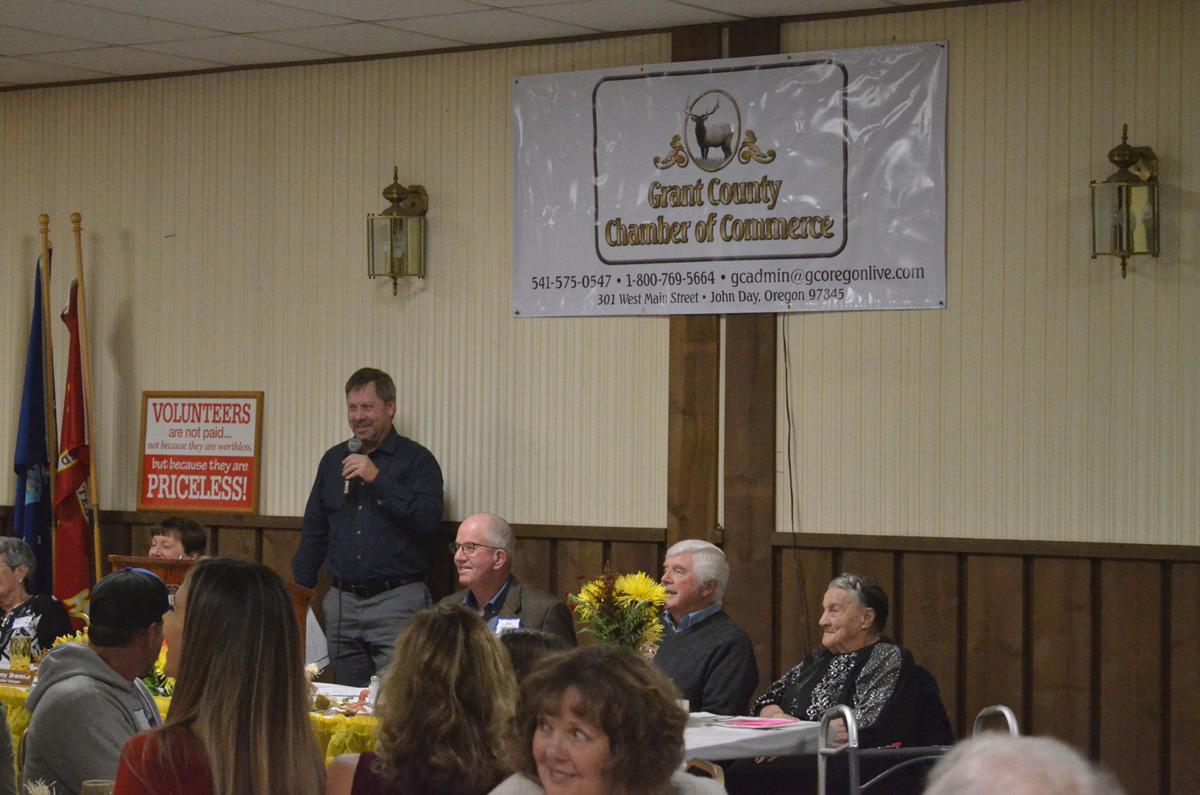 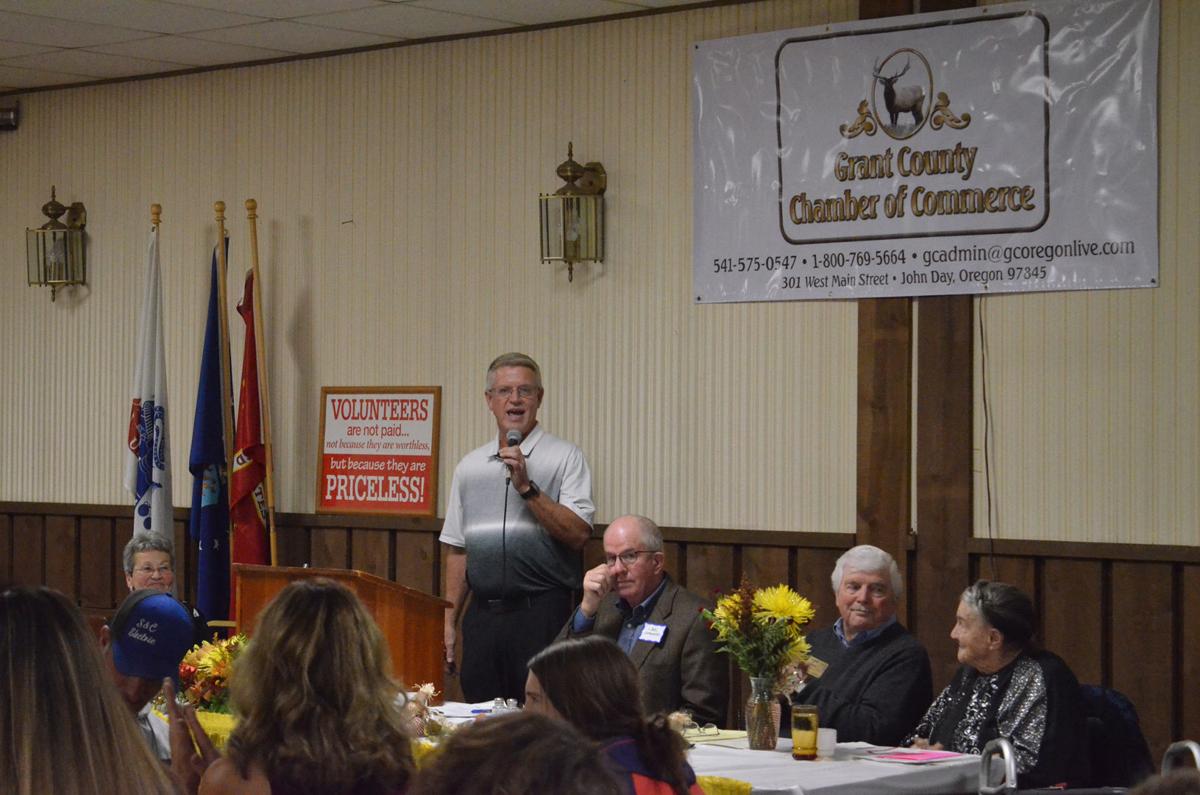 Guest speakers at the Grant County Chamber of Commerce installation dinner Oct. 2 talked about the potential that the Kam Wah Chung State Heritage Site has for tourism, upcoming projects in the county and changes underway.

“So far, as of today, we have had over 8,600 people come to our museum since May of this year,” Labhart said. “We’ve had (visitors from) every state in the union except West Virginia, Vermont and Delaware, and we’ve had 26 visitors from foreign countries.”

By the end of October, Labhart is expecting to reach 9,000 visitors. Labhart also gave statistics and feedback that came from 558 guests from the museum regarding their visit and stay in the county.

“Fifty percent of the visitors hear about us through word of mouth,” Labhart said. “The rest are through travel websites. Most are staying at least one to three nights or more. They are using this as a hub to go to different places in Burns, Baker and the Fossil Beds (National Monument).”

The feedback “almost unanimously” said the county needs a Chinese restaurant, he said.

Discovery Channel USA and China visited last year in October. They will be releasing their videos this fall or next spring. Discovery Channel China told Labhart the county will receive buses full of Chinese tourists, and he is concerned the county will not be able to accommodate the increase in visitors without providing new hotels and more restaurants.

The chamber office also had visitors from around the U.S. and many other countries such as British Columbia, The United Kingdom, Australia, Scotland, The Netherlands, Germany, France and New Zealand.

“We have things here that they don’t have anywhere else, and that’s why people come,” said chamber Manager Tammy Bremner. “Kam Wah Chung draws a lot of people, the fossil beds — our museums are so far above average, the people are constantly talking about them.”

Bremner said the chamber office received new windows and landscaping, and a new flag pole will also be placed in front of the building.

The chamber also began giving community scholarships to help county celebrations such as the Fiber Fest, Fourth of July celebrations and the Grant County Fair.

Walker also talked about involving youth at the airport as people can get a pilot license at age 14. The airport provides a paid internship every summer and offers discounted college credits set up through Eastern Oregon University.

“They get to come work at the airport, get discounted college credits, get exposed to aviation and we get help at the airport during our busiest time,” Walker said.

Ron Lundbom, the mayor of John Day, talked about the momentum that the Innovation Gateway and Riverfront Recreation projects are gaining locally and by the state.

M.G. Devereux, the assistant director of the Oregon Parks and Recreation Department, recently visited the city’s greenhouses, the Hill Family Park and Kam Wah Chung. There were no announcements regarding the sale of the land where Gleason Pool is, but the city and OPRD are on the same page, Lundbom said.

The city is also waiting to hear back about potential broadband and transportation grants in October or November, he said.

Dr. Keith Thomas, the general surgeon, decided to take a position in administration at a VA hospital in Colorado. He will be leaving at the end of the year, Marlowe said.

Dr. Oliver Wisco, a dermatologist, will begin taking appointments this month. The hospital is currently looking for another doctor or mid-level practitioner, he said.

The therapy services department is growing fast, according to Marlowe. There are six physical therapists, a recently hired speech therapist and the hospital was just approved to hire an occupational therapist.