The John Day City Council and Grant County Court discuss covering operating costs if a pool was ever built in Grant County Oct. 14. 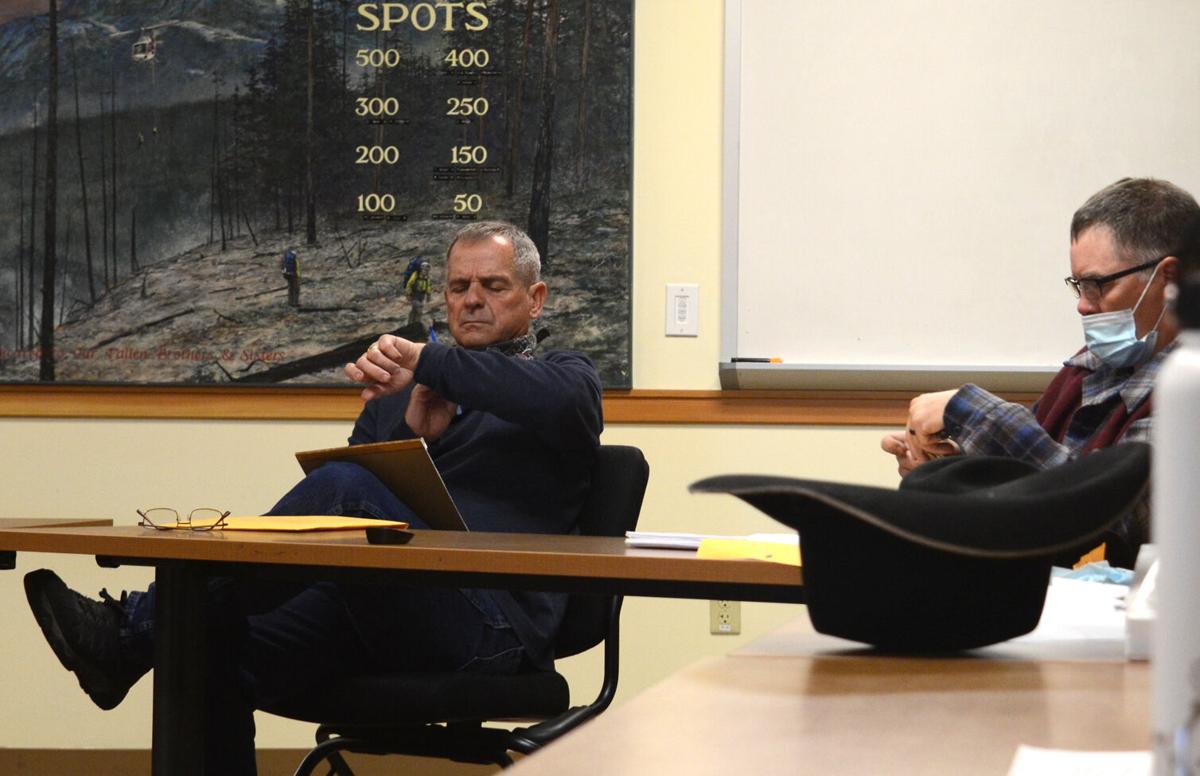 Grant County Judge Scott Myers said at a work session Oct. 14 that he filled out the survey in Canyon City and supported Canyon City being included in the proposed aquatic district.

The John Day City Council and Grant County Court discuss covering operating costs if a pool was ever built in Grant County Oct. 14.

Grant County Judge Scott Myers said at a work session Oct. 14 that he filled out the survey in Canyon City and supported Canyon City being included in the proposed aquatic district.

Gleason Pool’s final season has passed as COVID-19 prematurely cut the facility’s last year for opening, but conversations on how to move forward continued between the Grant County Court and John Day City Council.

John Day City Manager Nick Green opened the discussion on the pool during a joint work session on Oct. 14 by saying the city spent all the funds they can planning for the replacement and plan to sell the land to the state. He added that the state is actively working on plans for the new Kam Wah Chung Interpretive Center at the Gleason Pool site.

Green said, even if voters were to put construction of a new pool on the ballot through a citizen initiative, operational costs still must be covered.

He said he believes a reason other cities were against the plan was because of the permanent tax rate proposed in the aquatics district that would cover John Day, Prairie City, Mt. Vernon, Canyon City, Seneca and the corresponding fire districts.

To cover operations, the proposal detailed a new taxing district with a permanent rate of 20 cents per $1,000 of a property’s assessed value. For a property assessed at $100,000, this would cost $20 per year permanently.

“I can understand that. I can appreciate that. I don’t know how else you fund it unless there’s an intergovernmental agreement where we all agree to cost share out of our current tax base,” Green said.

Green said the concern about the permanent tax rate to fund the pool’s operations is a solvable problem if the communities choose to solve it.

“Getting it built wasn’t really the challenge so much was figuring out how we operate and sustain it,” Green said.

Grant County Commissioner Jim Hamsher said a reason why communities might not want to participate is because of bad timing with the current economy, unemployment and shutdowns caused by the pandemic.

“Sometimes it’s bad timing when you start surveying people who are wondering how to buy groceries,” Hamsher said. “I think a lot of it is timing.”

Hamsher asked if it were possible to retain the the property specifically for Gleason Pool and put time into remodeling. This was also a concern brought up by other leaders in the community who wondered if Gleason Pool could still be retained.

Green said the challenge would be building for the future. He said it was not an ideal location, the size of the pool does not allow for growth and it would not allow Kam Wah Chung to expand at its site.

“We’re going to be giving up cash that we can realize from the sale, and put toward a new facility, and we’re going to lose the tourism dollars and benefits of that multi-million dollar state investment that the state is programming to do,” Green said.

Green added that the Oregon Parks and Recreation Department plan has a building sitting on the foundation of the current pool.

Grant County Judge Scott Myers said, when surveyed earlier this year, he supported Canyon City being included in the proposed aquatic district but said moving forward now would be difficult.

ICU nurse's take on 'How It Started ...' meme goes viral

Hear Biden's message to those who've lost loved ones

Traveling over Thanksgiving? Here are the states with restrictions on travel