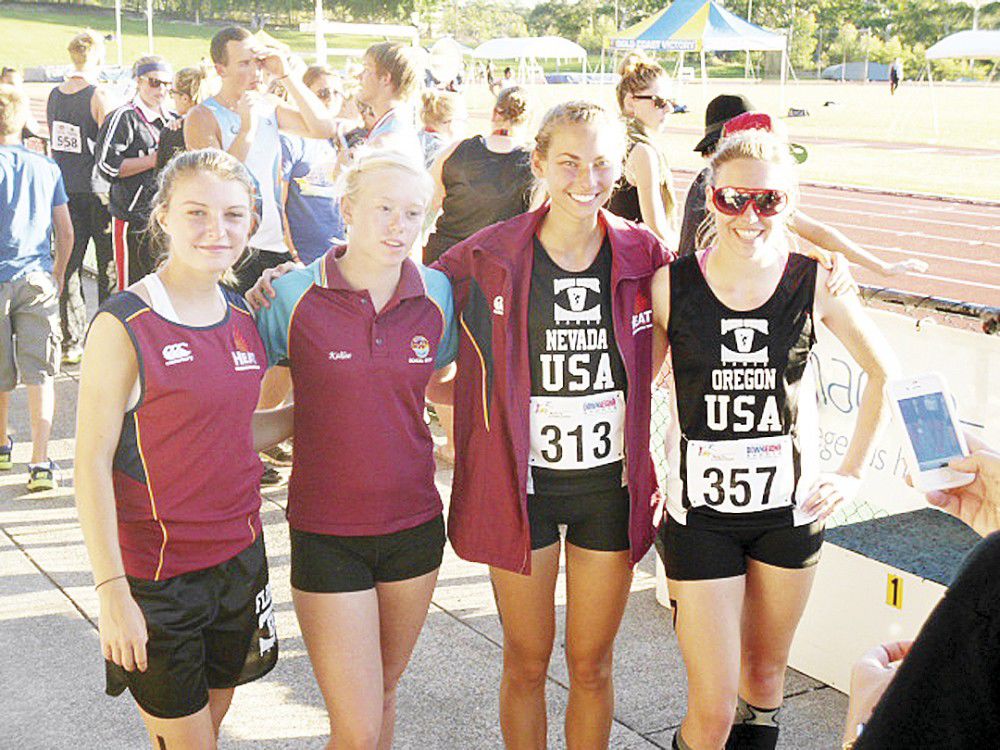 <p>Mary Roy stops for a picture with the other members of her relay team after winning gold in the 4x400-meter relay during the Down Under Sports Tournament.</p> 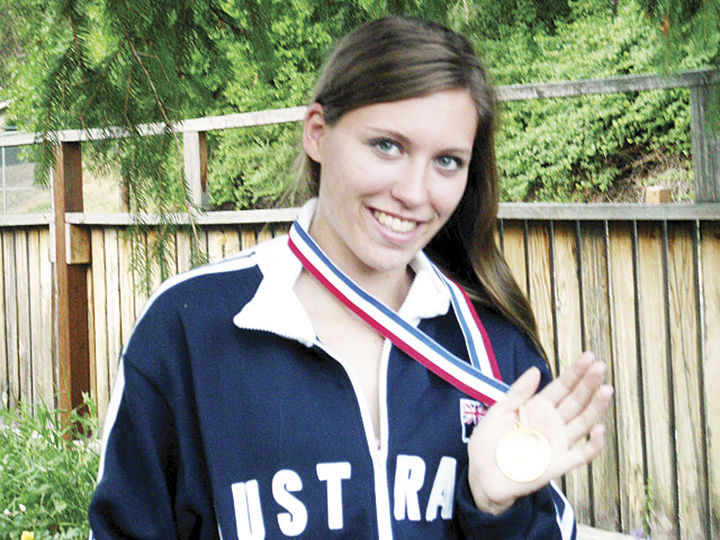 <p>Mary Roy and her gold medal from the Down Under Sports Tournament.</p>

<p>Mary Roy stops for a picture with the other members of her relay team after winning gold in the 4x400-meter relay during the Down Under Sports Tournament.</p>

<p>Mary Roy and her gold medal from the Down Under Sports Tournament.</p>

JOHN DAY  It was well worth it, said Mary Roy of her recent journey across the Pacific to Australia.

Roy made the trip last month to participate in the Down Under Sports Tournament. She was honored as a first round draft pick to compete in the tournament, based on her track success at Grant Union High School and the state track tournament.

Roy had never flown on an airplane before. For this journey, she took seven flights in nine days.

The trip was unforgettable, she said, but not without its glitches. Having already met her teammates in Boise and traveled from Boise to Seattle and Seattle to Los Angeles, their plane was grounded on the runway for five hours while repairs were being made.

This five-hour delay in leaving Los Angeles added to an already long flight, canceled the teams tour of Sydney, and postponed their arrival in Surfers Paradise on the Gold Coast in Queensland, causing them to miss the first practice.

Roy and her teammates were able to participate in one day of practice before the three days of competition.

With approximately 500 students competing in the event, Roy placed fifth in the triple jump, 12th in the 200-meter run, 15th in the long jump and won first in the 1,600-meter relay. The relay team members included Roy and friends from Idaho, Florida and Nevada, each running 400-meters.

One of Roys fondest memories is standing on the podium and receiving the gold medal, which was presented by their tour guide  who always wore an Oregon Ducks sweatshirt, reminding Roy of home.

The trip also included the cultural experiences of watching Aboriginal dancers wearing warrior headdresses, hiking to a waterfall on Tamborine Mountain, a rainforest tour and a visit to the Currumbin Wildlife Sanctuary where Roy was able to hold a baby crocodile, a python and a koala.

Eating breakfast at 5 a.m. each day gave Roy the opportunity to watch the sunrise over the Pacific Ocean. Roy also enjoyed seeing kangaroos and different species of birds.

After the nine days and the opportunity of a lifetime with her teammates, Roy is already planning a reunion with several friends from Idaho and Wash.

Roy said that she could never have done the trip without the support of her family and the community, specifically the sponsorship of Chesters Thriftway, Mt. Vernon Grange, Jorge Ribeiro and Dr. Michael Rushton.

Coronavirus case numbers trend in wrong direction in US