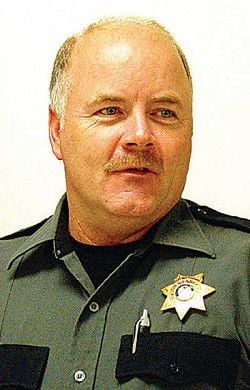 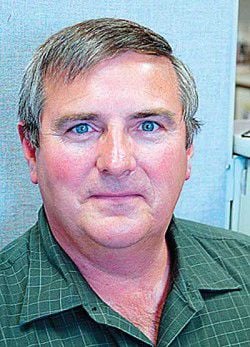 The Grant County Clerk's office counted 2,249 votes for Palmer to 1,300 write-in votes for Durr, ending a hard-fought battle for the post.

Palmer said later he was relieved to see the level of support.

"I am very humbled," he said, adding, "I thought it might have been a lot closer."

Palmer said he's moving on with his duties at the sheriff's office. Among the immediate challenges is finding ways to fill beds at the county jail.

Asked if there would be any changes in the coming year, Palmer said he plans to have his jail manager, Steve McGuire, and the new undersheriff - Todd McKinley succeeded Jim McNellis, who retired - to be more involved in the department's budget-building process.

He also may tap community members with budget or law enforcement experience for input in budget matters.

Both Palmer and Durr, a former Oregon State Police detective who now is a Pepsi warehouse manager, claimed extensive law enforcement experience as they campaigned across the county.

Palmer cited his experience at management, community service and dedication to the job as attributes worthy of re-election.

Durr pledged to enhance communications with the public and cooperation with other law enforcement agencies if elected.

Durr said after the election he felt his campaign drew a good number of votes, given that it was a write-in effort.

"Of course, we would have preferred to have it come out differently," he said, but he had no hard feelings.

"I wish Glenn all the luck in the world," he said.

He said he was pleased that the contenders ran a clean campaign, as they had promised.

"I would never have wanted the job if it meant I had to make someone else look bad," Durr said.

He lauded the efforts of his supporters and especially his wife Pam.

Asked if he would do it again, Durr said, "We'll see in four years."

However, he said he didn't think he would run as a write-in again, and for now, he's looking forward to focusing on his job and taking care of things at home.

"I've got some fences that are falling apart," he said with a smile.

The vote came in an election that drew strong turnout across the nation and state. Grant County was no exception, with voters invigorated by the presidential campaigns, the sheriff's race and a slate of ballot measures.

County Clerk Kathy McKinnon said the turnout countywide was at 87 percent when the polls closed at 8 p.m. Tuesday, Nov. 4.

Brenda Percy, deputy clerk, said there was a constant stream of ballots coming in on Election Day, and the turnout included a lot of young voters.

"We had a huge turnout today," she said.

Biden zeroes in on the teetering economy in first week

Larry King signs off CNN: Instead of goodbye, so long