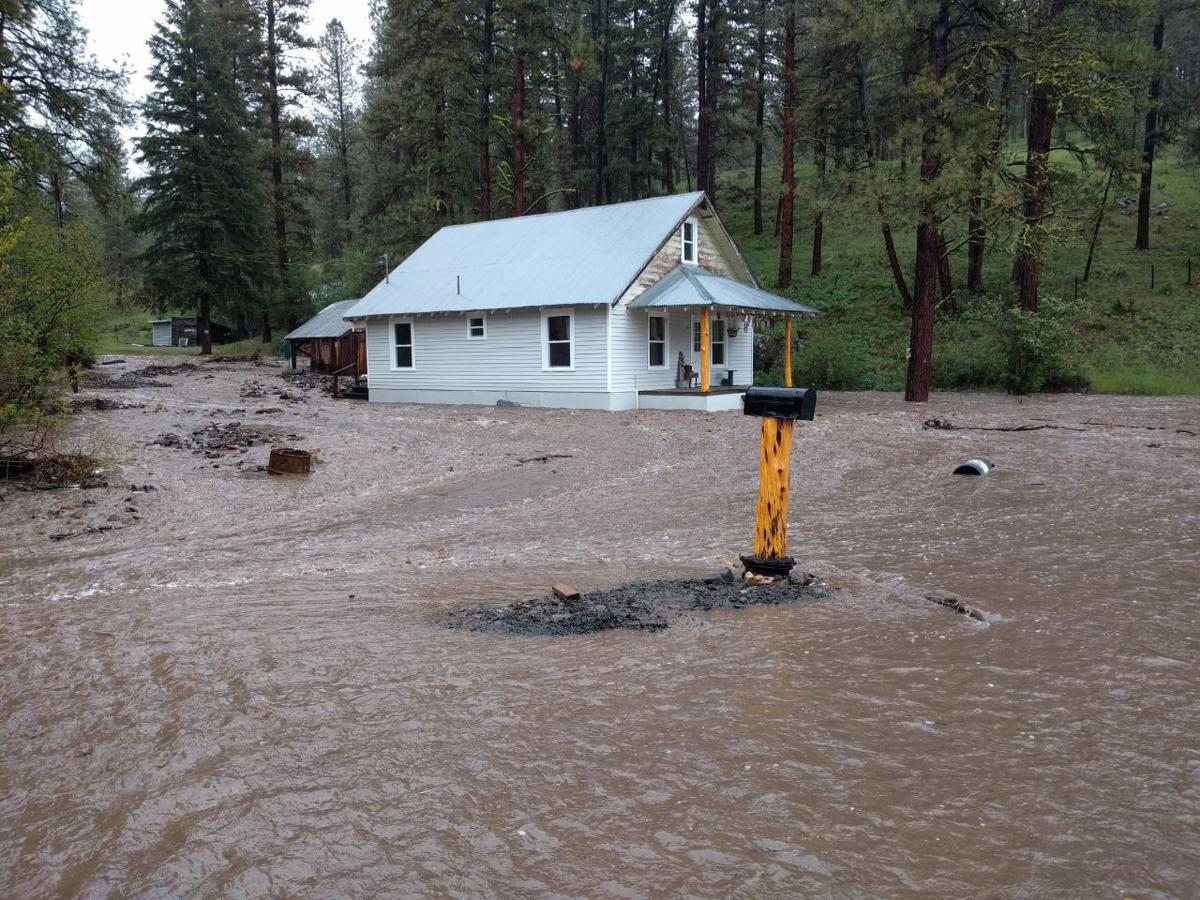 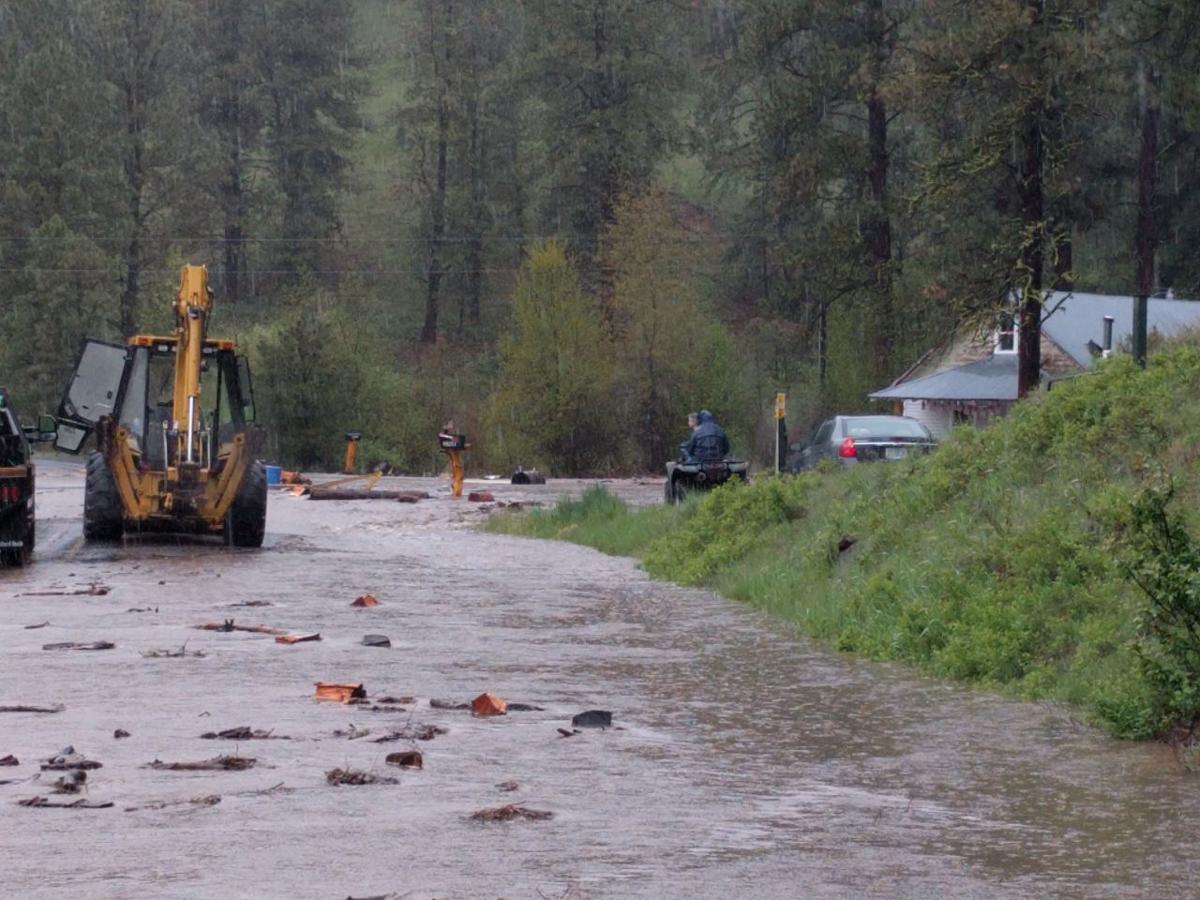 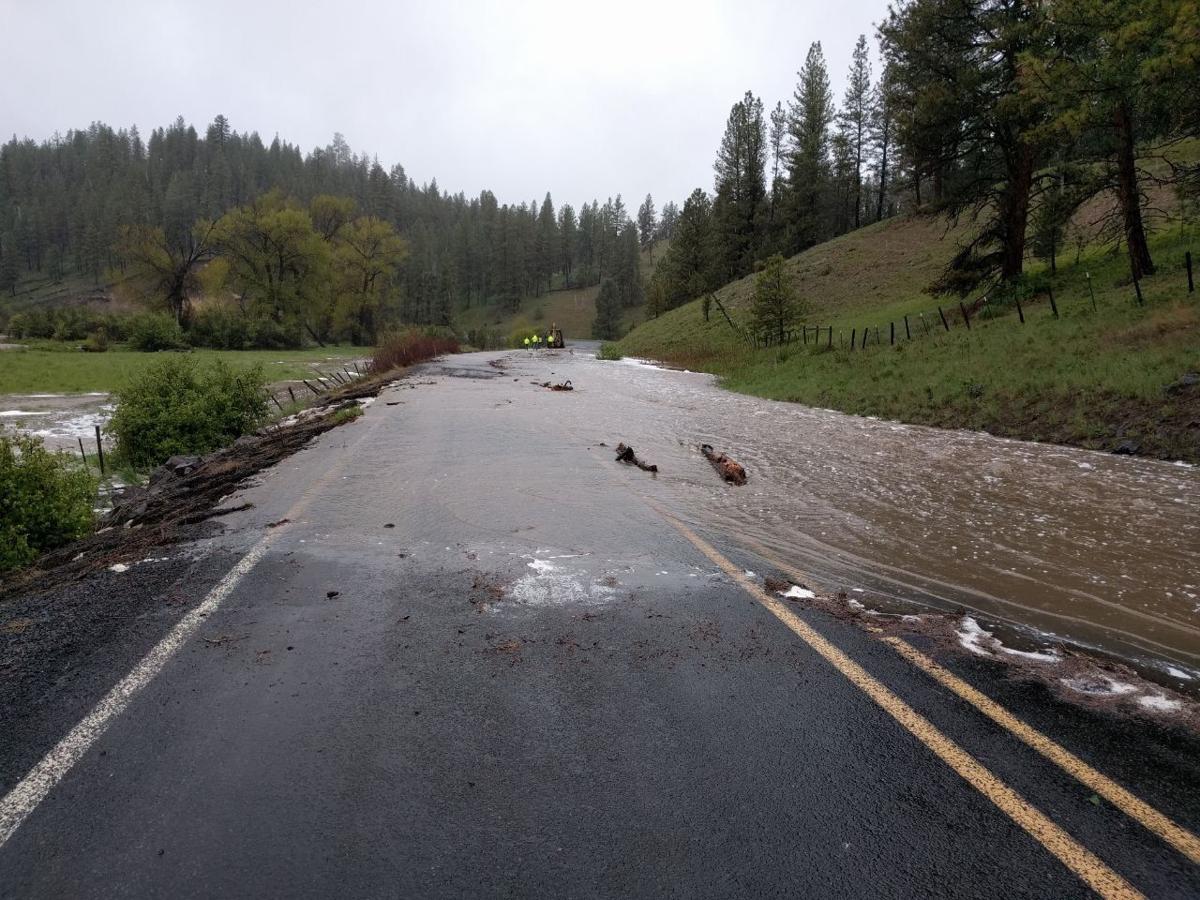 Grant County Commissioner Jim Hamsher said the county road department is still on the Middle Fork working on the roads. Galena and the Middle Fork were the most impacted areas on May 20, according to Hamsher.

"It went down some because they were anticipating it to crest last night, but with the weather change last night, it gave them a chance to recede," Hamsher said.

The areas impacted by the water will continue to be assessed and monitored, he said.

Dave Dobler, the county’s interim emergency management coordinator and search and rescue coordinator, said Wednesday afternoon he had been monitoring the weather and stream levels since Tuesday. He said the National Weather Service forecast did not expect the amount of precipitation received Tuesday night or Canyon Creek rising 1 inch per hour for 13 hours.

"Galena experienced flooding in some areas (Wednesday), and Middle Fork Road is closed at this time in and around that area with water and debris over the roadway," he said. "One home is surrounded by water, and we have had contact with them. They do not have any requests for assistance at this time."

Dobler said he was unsure when the road will reopen. He said the county road department has equipment on site.

He said there was minor flooding in the usual areas on Highway 395 south of Canyon City and along Canyon Creek. He said there were no evacuations or sand-bagging Wednesday evening.

Search and rescue personnel made contact with several residents in impacted areas Wednesday, he said, and helped two residents remove pumps and equipment near Canyon Creek along Southwest Brent Drive.

Man's warning after he contracted coronavirus at bar