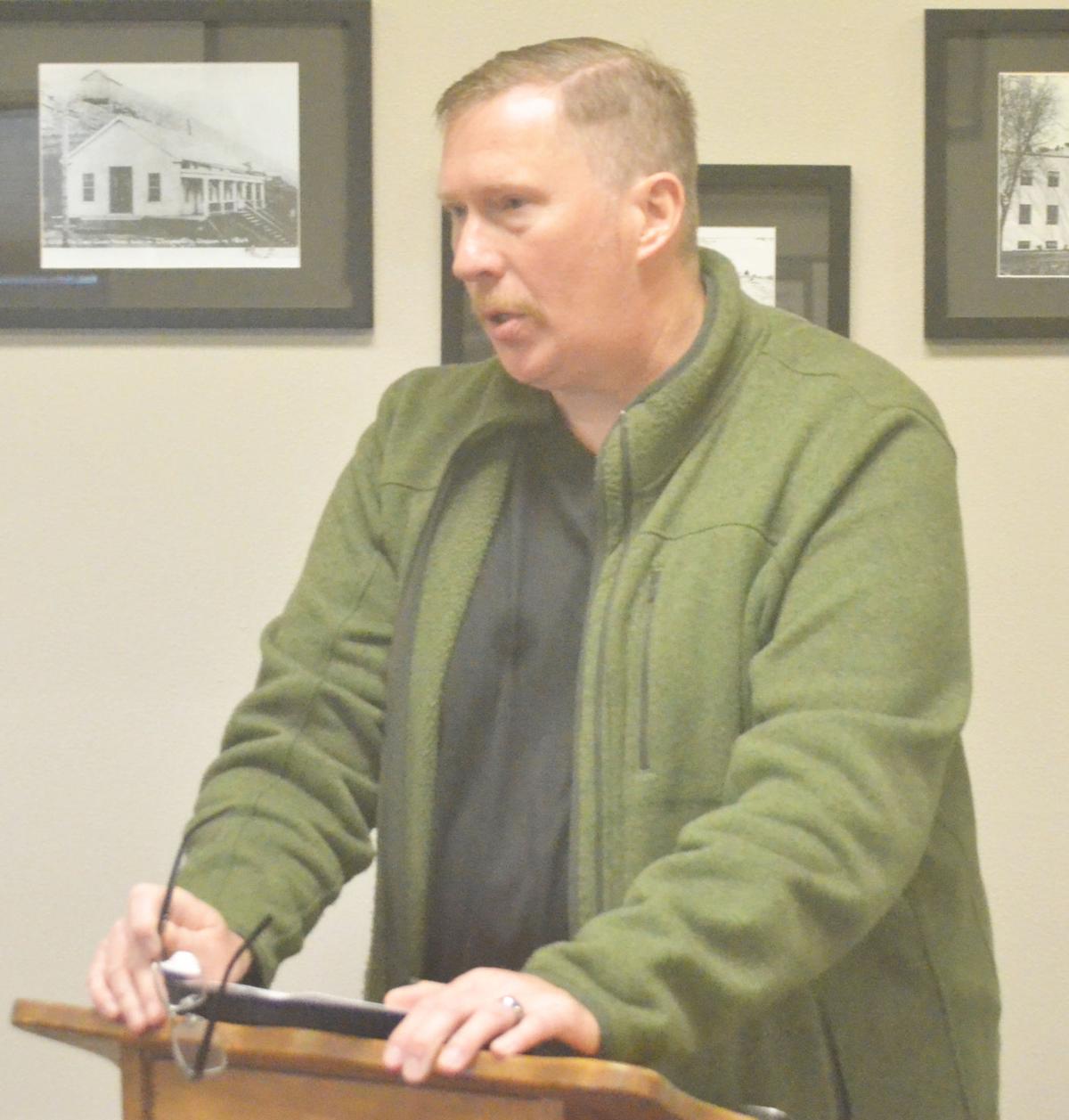 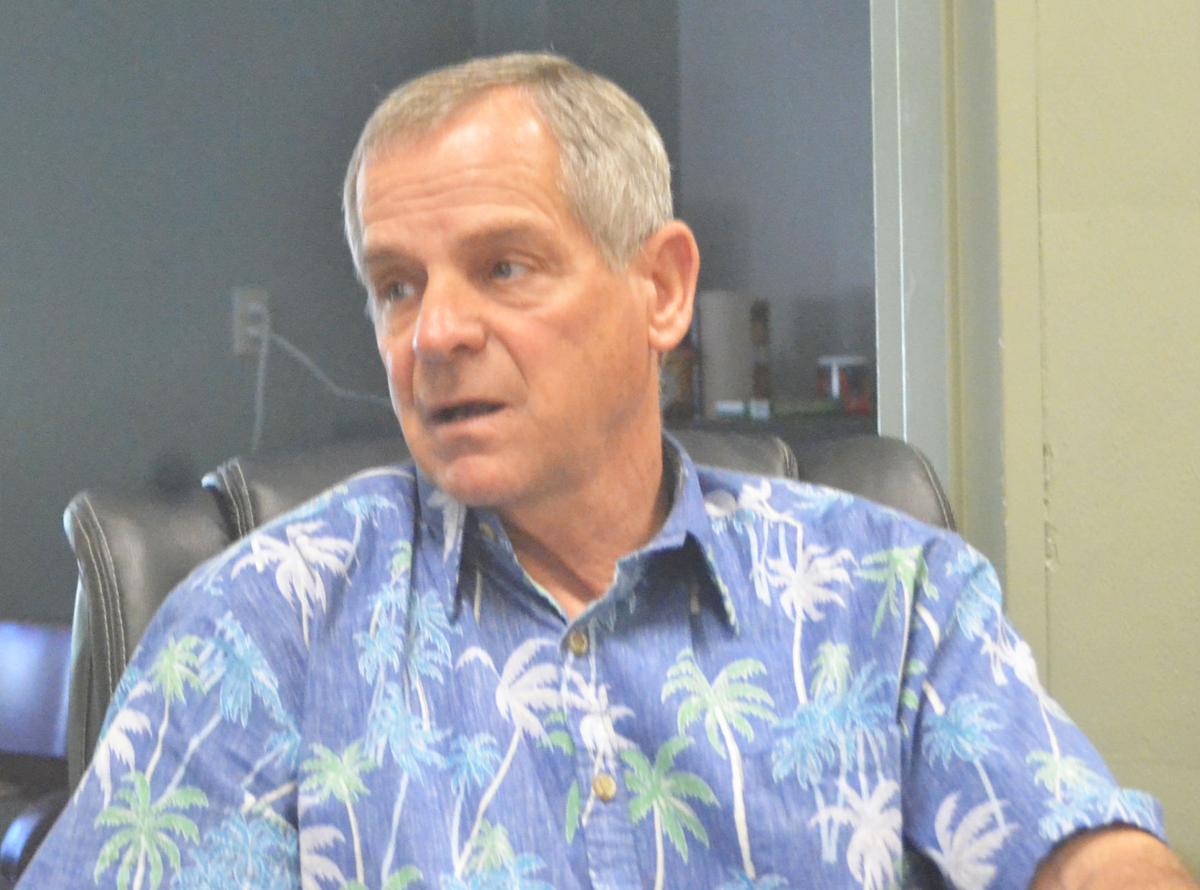 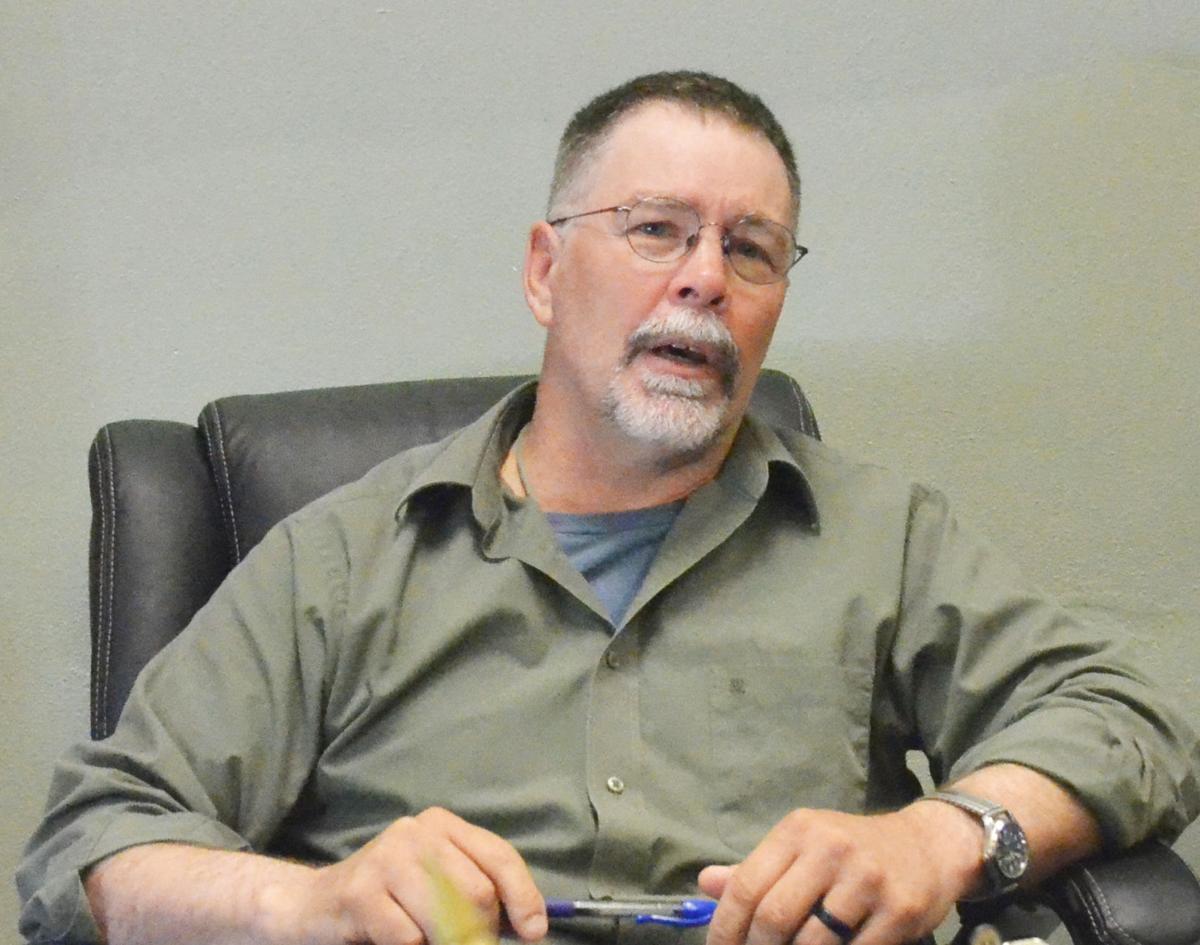 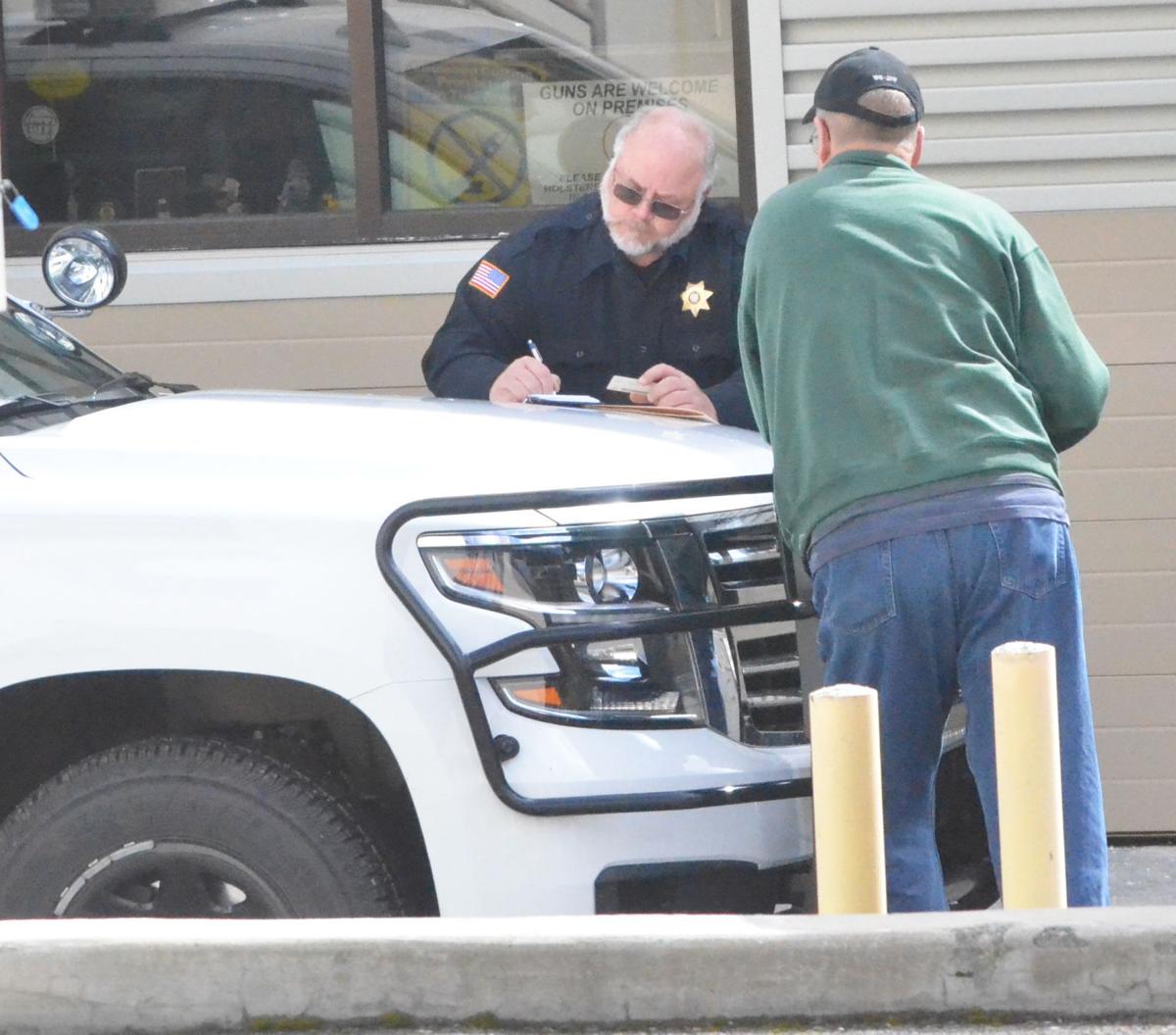 Outgoing Grant County Sheriff Glenn Palmer in front of the sheriff's office in the spring. 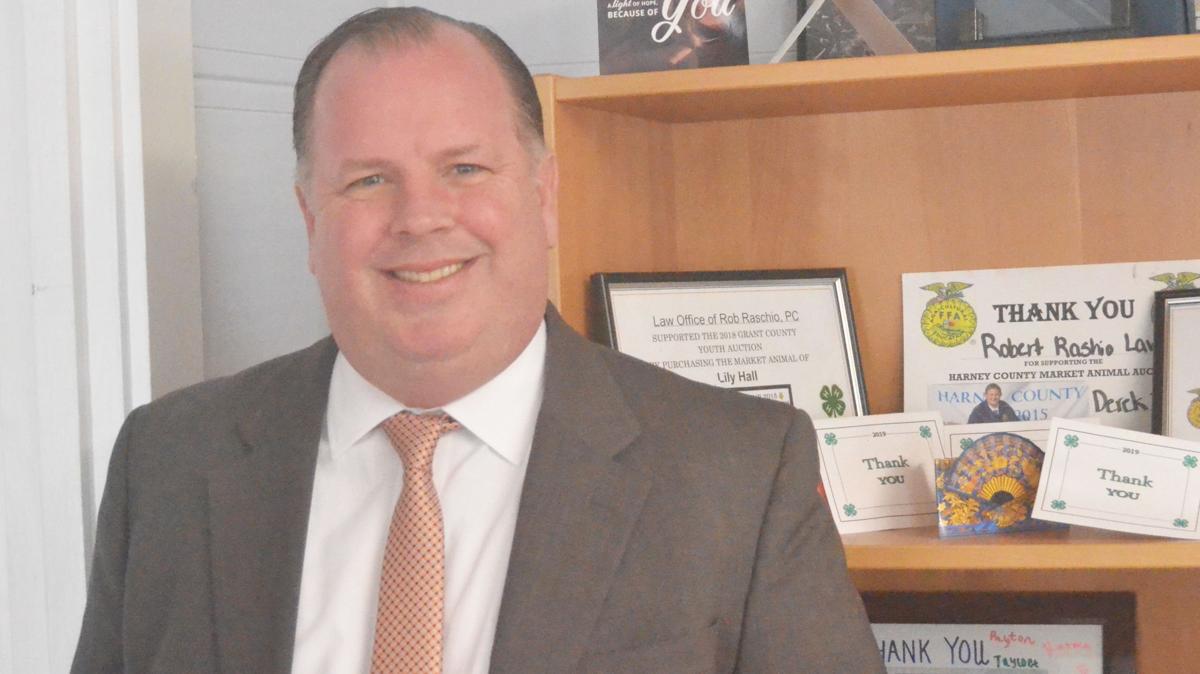 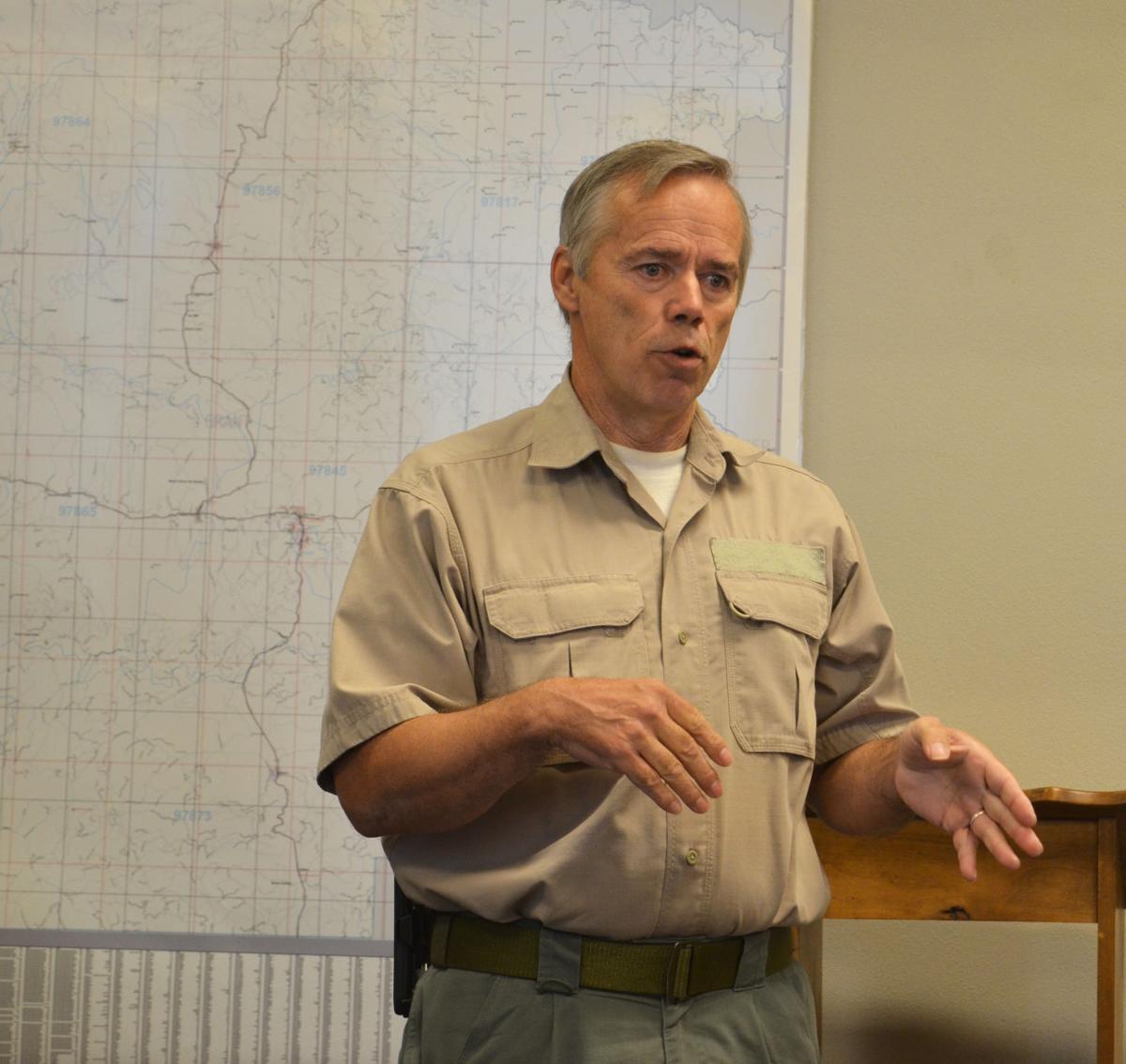 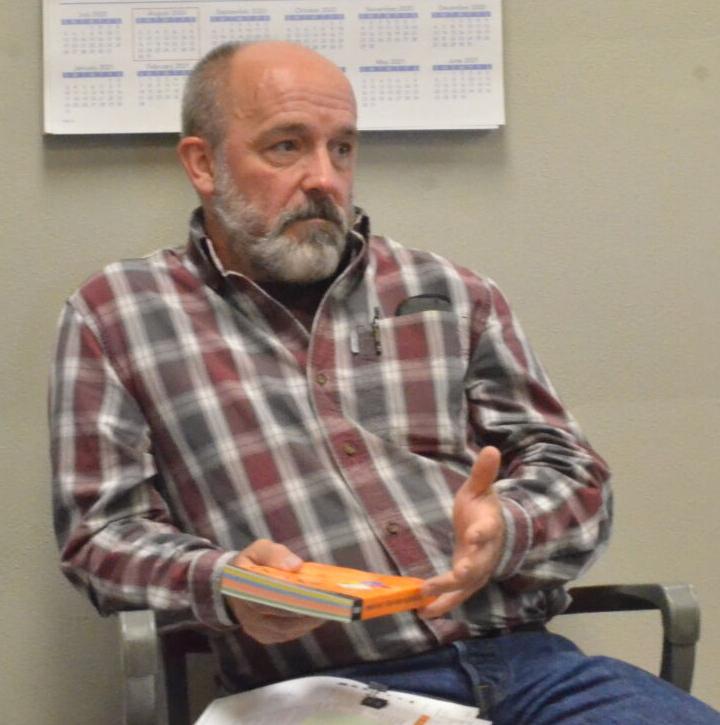 Outgoing Grant County Sheriff Glenn Palmer in front of the sheriff's office in the spring.

With many events, including public meetings, canceled because of COVID-19, the Eagle continued to provide rigorous reporting through public records requests and investigations in 2020.

With Grant County and Oregon under states of emergency, much was unknown about the pandemic and local efforts to address it. The Eagle uncovered a proposal to create a secretive Neighborhood Watch program that was canceled after details emerged. The Eagle discovered the COVID-19 Emergency Operations Center overspent its original budget by 60% and originally claimed too much in reimbursement for county court labor costs.

Continuing to cover the pandemic, the Eagle elbowed its way into a secret meeting held by Eastern Oregon county commissioners in Prairie City.

The Eagle also did a deep dive into the backgrounds of the two candidates on the November ballot to be Grant and Harney counties’ circuit court judge, bringing to light information from their pasts.

To cap off a year full of investigations, the Eagle published a story in the works for more than a year regarding a deputy who had been on paid leave for over a year after being recorded having sexual conversations with an inmate at the jail.

Grant County established its Emergency Operations Center in early March to respond to the pandemic.

On the recommendation of Sheriff Glenn Palmer, Grant County Court members appointed Dave Dobler, a sheriff’s deputy, to head up the EOC. Ted Williams, who had been the county’s emergency manager for four years, stepped down after the court’s decision.

Later that month, Dobler announced that the EOC would begin training 11-15 volunteers on a Neighborhood Watch program in significant county areas.

Dobler said the volunteers would patrol neighborhoods in unmarked vehicles and report to the EOC via county-purchased radios if they saw something.

Dobler declined to provide the names of the volunteers. The Eagle submitted a public records request. On April 1, the EOC scrapped the program altogether, according to County Judge Scott Myers.

Grant County’s EOC had as many as 12 full-time and part-time employees, with some working overtime, costing the county more than $100,000 in personnel costs alone in 12 weeks, from March through May.

The county’s EOC faced community-wide scrutiny in June for overspending its $125,000 budget by almost $75,000. At issue were the out-of-court purchases made by court members.

When the county court approved Dobler’s request, they added the direction that any purchases over $200 would need to be approved by the county court, according to the approved meeting minutes — that didn’t happen, even for a $35,000 software program and up to $6,100 in laptop computers and printers.

The county also requested excess reimbursement for county court labor costs — about $15,000 too much, according to Treasurer Julie Ellison.

A state report showed Grant County’s COVID-19 federal reimbursements could be at risk for a federal audit.

Upwards of 20 hours per week of overtime for EOC leaders and allocating 100% of county court labor costs to Grant County’s COVID-19 response with scant documentation could raise questions from federal or municipal auditors, according to a report from the Oregon Secretary of State’s Office obtained by the Eagle.

Gray, who took over the department Aug. 3, said the coronavirus is a “public health issue.” He developed a “unified command” between the health department and the county.

In June, the Eagle reported 12 Eastern Oregon county commissioners, two of them from Grant County, met unannounced in Prairie City.

It was dubbed an “information seminar” and organized by Lake County Commissioner Mark Albertson. The Eagle and Oregon Public Broadcasting negotiated their way into the event as some of the representatives were reluctant to enter the Prairie City Visitors Center.

“We did not know the press was showing up,” Albertson said. “It’s spooky, and it’s, to be honest with you, it’s spooky because all of us have been burned.”

Grant County Commissioner Sam Palmer said after the meeting he believed rural people and viewpoints were often mocked in the press and not taken seriously, much like he thinks state leaders in Salem ignore rural sentiments.

The commissioners expressed their disappointment with the response to COVID-19 spearheaded by Gov. Kate Brown.

Looking into the Grant County circuit candidates’ backgrounds, the Eagle reported that Grant County District Attorney and circuit court judge candidate Jim Carpenter was publicly reprimanded by the Oregon bar for dishonesty in 2004.

In 2001, Carpenter played what he characterized as a practical joke on a former high school acquaintance, a teacher at the time. According to the Oregon State Bar Bulletin in 2004, Carpenter posed as the teacher via a classmates.com account and implied the teacher had sexual relations with a student.

Circuit court judge-elect Rob Raschio was arrested for driving under the influence of intoxicants in 2009. Interviews with references and Raschio revealed the future judge had problems getting along with opposing attorneys in the past, according to Oregon State Police’s background check ordered by the governor as part of her appointment process.

Deputy recorded having ‘sex talk’ with inmate paid $117,000 on leave

After an investigation of more than a year, the Eagle uncovered that the county paid a Grant County Sheriff’s Office deputy over $117,000 while on administrative leave after she was recorded having sexual conversations with an inmate at the jail. Mobley resigned from county employment Dec. 26.

After investigations by the Deschutes County Sheriff’s Office, the Oregon Department of Justice and the Umatilla County Sheriff’s Office, Deputy Abigail Mobley was on administrative leave from March 18, 2019, to Dec. 26 and was paid between $117,000 and $149,000 while on administrative leave for 21 months. The DOJ concluded, despite the “sex talk” recorded on the jail phone, there was not enough evidence that custodial sexual misconduct occurred. The county has denied the Eagle’s records requests for the other agencies’ investigations.

A lawsuit also accused Carpenter and outgoing Sheriff Glenn Palmer of disseminating private information obtained from a cellphone, and a complaint filed with Oregon’s police licensing agency alleged Palmer discriminated against a whistleblower. Carpenter and Palmer denied the accusations, and Palmer filed a countersuit for defamation. The suits are ongoing.

Prince William middle school teacher on leave after telling students he was at Capitol on Jan. 6