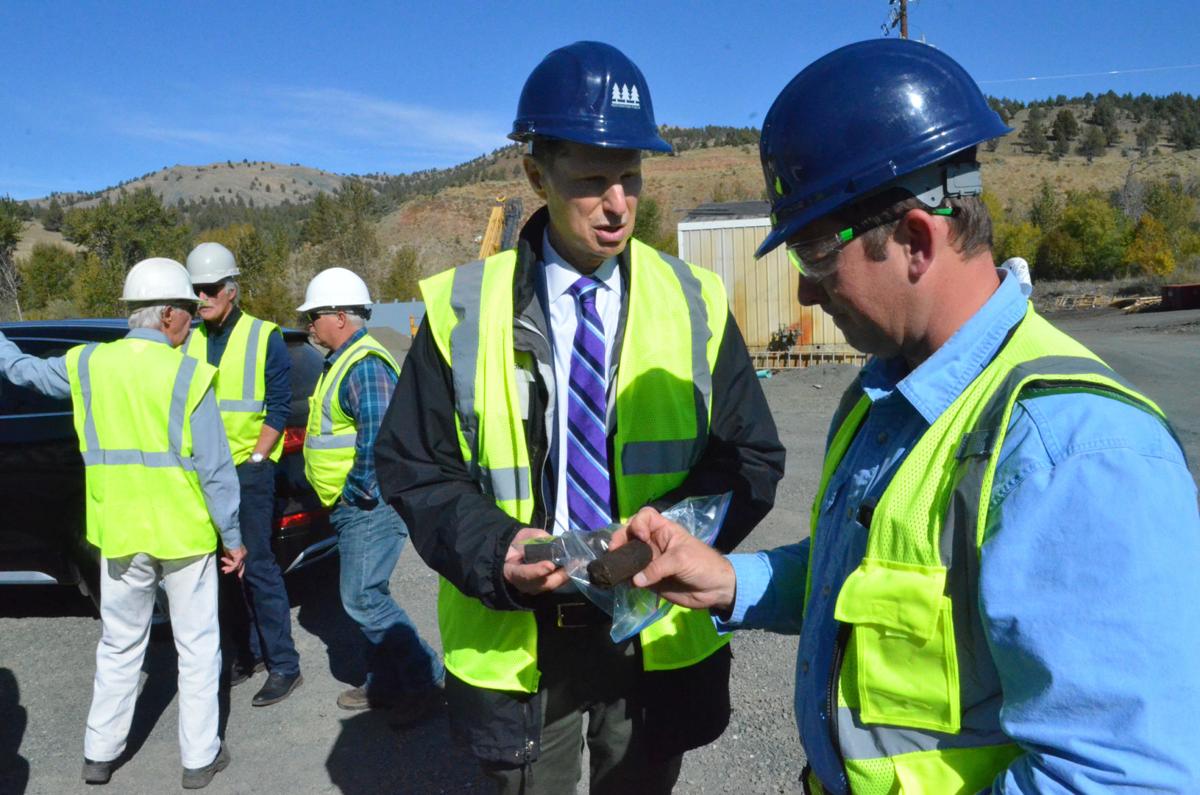 Sen. Ron Wyden looks at the product from the torrefaction plant at Malheur Lumber in John Day after a town hall meeting Oct. 7. 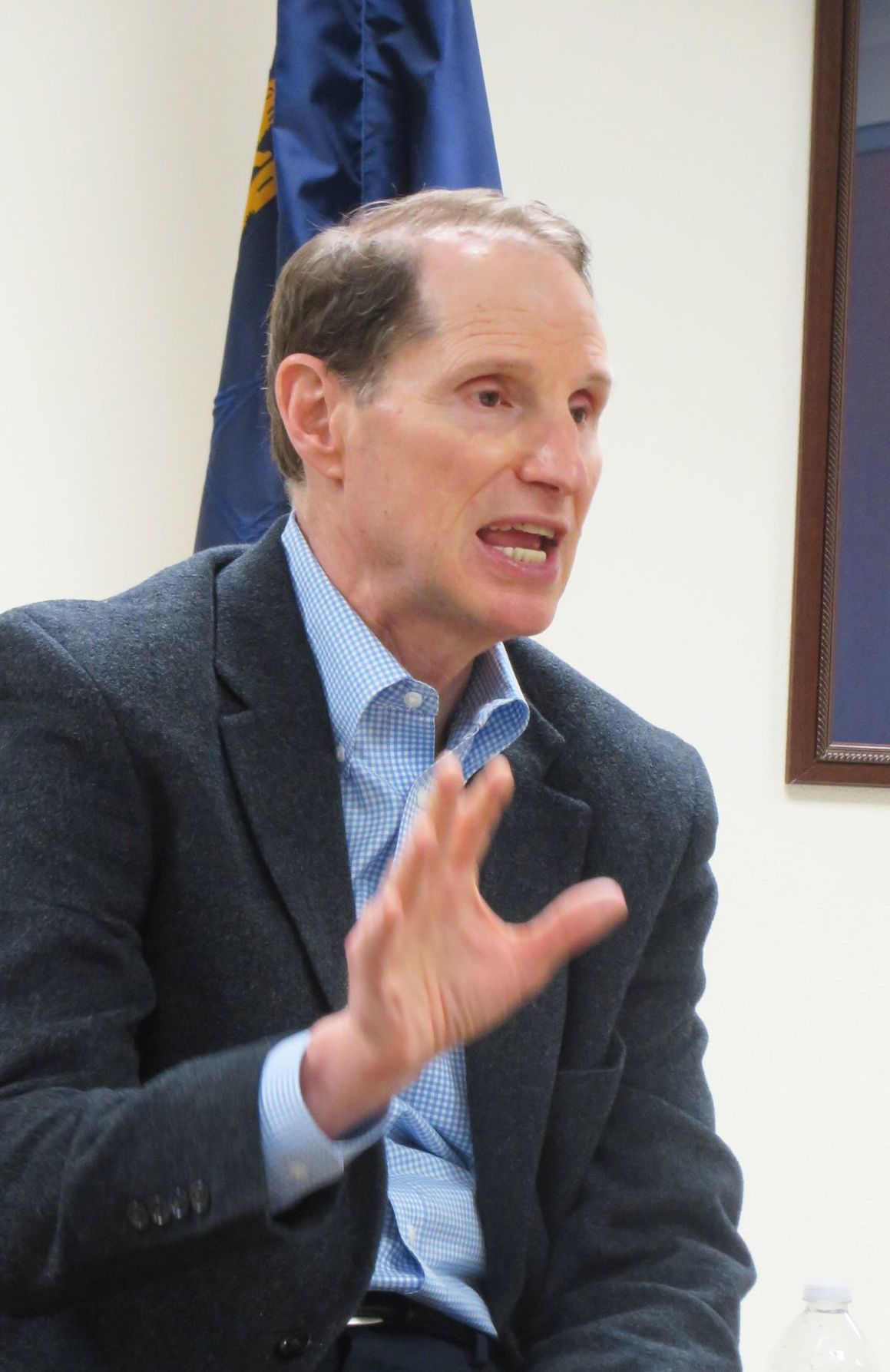 Sen. Ron Wyden looks at the product from the torrefaction plant at Malheur Lumber in John Day after a town hall meeting Oct. 7.

It’s often said “the only constant in life is change.”

Recent visits to new economic catalysts growing in Grant and Umatilla counties have shown me how both communities have embraced that adage to build on their traditional strengths to generate good-paying jobs in Eastern Oregon.

Lots of rural Oregon faces real economic hurt, which is why I wrote the Secure Rural Schools legislation that’s brought more than $3 billion over the years to those communities for schools, roads and public safety.

But earlier this month at Malheur Lumber just outside John Day, I also saw new shoots of economic success when I toured the new Restoration Fuels site. This plant taps innovative technology to take the biomass of small trees and convert it — via a process called torrefaction — into a non-fossil fuel energy source.

The technology is astounding. And so is the economic opportunity — I heard firsthand from plant officials how they’re hiring people in this rural Oregon town at family-wage salaries.

These developments are a credit to farsighted leaders at Malheur Lumber such as company owner John Shelk who’s committed to maintaining the sawmill in John Day. I was proud to team with Malheur Lumber, Iron Triangle and the forest collaborative to push for a 10-year stewardship contract that increased timber harvest and a steady, certain supply of biomass.

This forest restoration work isn’t easy. It requires folks working together to find common ground, and it required local industry partners like Malheur Lumber, Oregon Torrefaction and Iron Triangle to develop new markets for forest products that used to burn up in slash piles bigger than semi-trucks.

And I’m working to get even more biomass to support family-wage jobs by pressing the administration for even more fuels reduction and thinning on the national forests.

This torrefaction project in Grant County and the people behind it have shown the entire country all that can be accomplished with biomass — and provided a valuable job-creating model to learn from.

A similar good-news Eastern Oregon economic story is playing out up U.S. Highway 395 in Umatilla County.

This summer, I toured the Pendleton Airport hangar where the aerospace company PAE ISR has set up shop to work on unmanned aerial vehicles (UAVs).

As at Malheur Lumber, the new technology developed by PAE ISR — and the jobs they support in Eastern Oregon — are impressive. In Pendleton, I met with PAE ISR workers earning six-figure salaries. And I met PAE ISR manager Ken Bisconer, who’s passionate about creating new education programs so young people have the skills and training to work in this well-paid field.

UAV technology is hugely exciting for Eastern Oregon. I’m a privacy hawk, but I think we can thread the needle and support UAV technology for civilian uses like mountaintop rescue, precision agriculture, fighting wildfires and more without sacrificing privacy protections.

Pendleton and Eastern Oregon can take justifiable pride in carving out a big part in the core of a growing industry that pays well and creates a whirlwind of fresh economic activity.

I see my job representing Oregon as setting the temperature for fresh new enterprises to grow in rural Oregon.

And I’m honored to have partnered with local officials to ensure new enterprises such as UAV test ranges could develop in Pendleton as well as in Warm Springs and Tillamook. We have extended operation of these test ranges through 2023, and I will keep fighting for these proven job generators.

Of course, there’s no single solution to ensuring the rural Oregon economy can flourish.

But I believe these positive examples of smart change in Grant and Umatilla counties are significant shoots of success that should be celebrated. These examples — along with support for historic rural Oregon enterprises such as agriculture, ranching and forestry as well as new opportunities in areas like recreation and hemp — can continue creating new good-paying jobs for generations to come.

Ron Wyden, a Democrat, is a U.S. senator from Oregon.