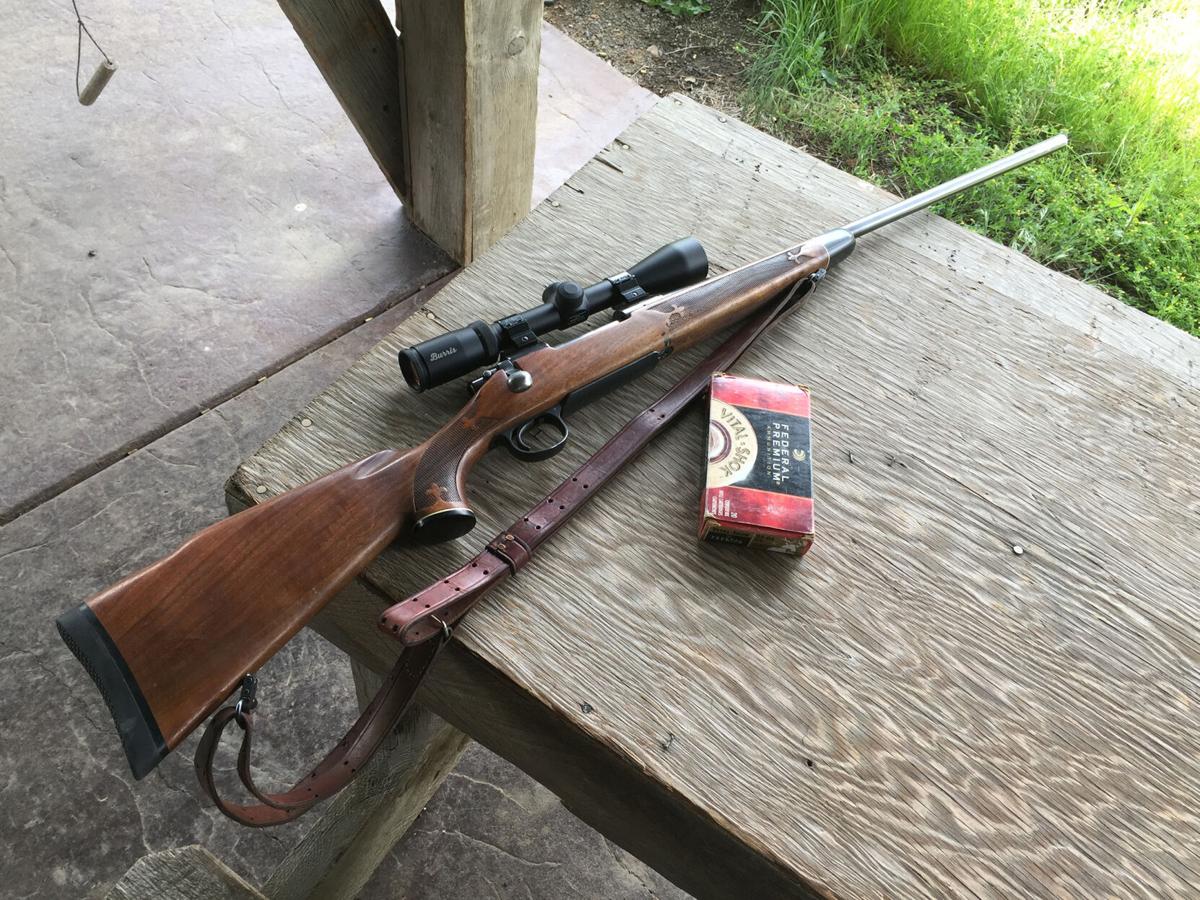 The .25-06 with lightweight bullets is great for varmint hunting at close range.

I know what you’re thinking. Didn’t he already write about this one? Truth be told: Yes I did, but more of an overview leaning toward the merits of this fast .25 as a deer and antelope rifle. The .25-06 Remington, like so many other .24- and .25-caliber rifles, is also an excellent varmint round in its own right.

Now when I say varmint, that could mean many things to many people. If setting up on a bipod or bench rest and blasting several hundred ground squirrels in a sitting comes to your mind, this is not the round for that. If you were to attempt such a quinella, you would be going to the gunsmith in short order for a new barrel. No, what I mean here with “varmints” is the garden variety coyotes, badgers, skunks, rockchucks and the like. A rifle for such critters that, as my late friend Frank Cecil put it, “shoots for a mile” is what the .25-06 loaded with lightweight bullets does perfectly.

Of course it comes with a cost: greater recoil and muzzle blast than a .223 or .22-250 but yet greater power and reach in the trade off. And who doesn’t love versatility? A rifle that can be loaded with 75-90-grain bullets for coyote hunting that can be rezeroed with 115-120-grain bullets for deer hunting in the fall.

Among my favorite bullets in the lighter range are the 85-grain Nosler Ballistic Tip and the 87-grain Sierra Varminter. Winchester’s 90-grain Positive Expanding Point is my favorite economy priced factory load for use with varmints. I’ve not gotten to try the 75-grain Hornady V-Max nor the 90-grain Sierra Blitzking, but I have no doubt they deliver.

The detractors of such business cry that the relatively low ballistic coefficient of such bullets arbitrarily precludes them from employ as long-range anything bullets. And I suppose I will concede that if you shoot out past 500 yards more often than not, they have a point. Lightweight bullets lose velocity fast at longer ranges, but for the lion’s share of the aforementioned varmints that I’ve taken, most without a doubt were inside of 200 yards. I’m not trying to pontificate what distances you do or should choose to consider ethical for flinging lead, just that not everyone needs a rifle and setup capable of shooting 1,000-plus yards to be a successful hunter. Frequently coyotes are spied on the move so there isn’t time for rangefinders, deploying bipod legs, dialing elevation and windage nor kissing the bullet for good luck. For shooting at a time-sensitive target at a vaguely guessed distance you want something shooting fast and flat. That, folks, is the .25-06 with lightweight bullets.

Everyone’s tastes differ ,but in the end, anything that gets us out to go shooting is a worthy endeavor. What’s your favorite varmint rifle? Write to us at shootingthebreezebme@gmail.com!