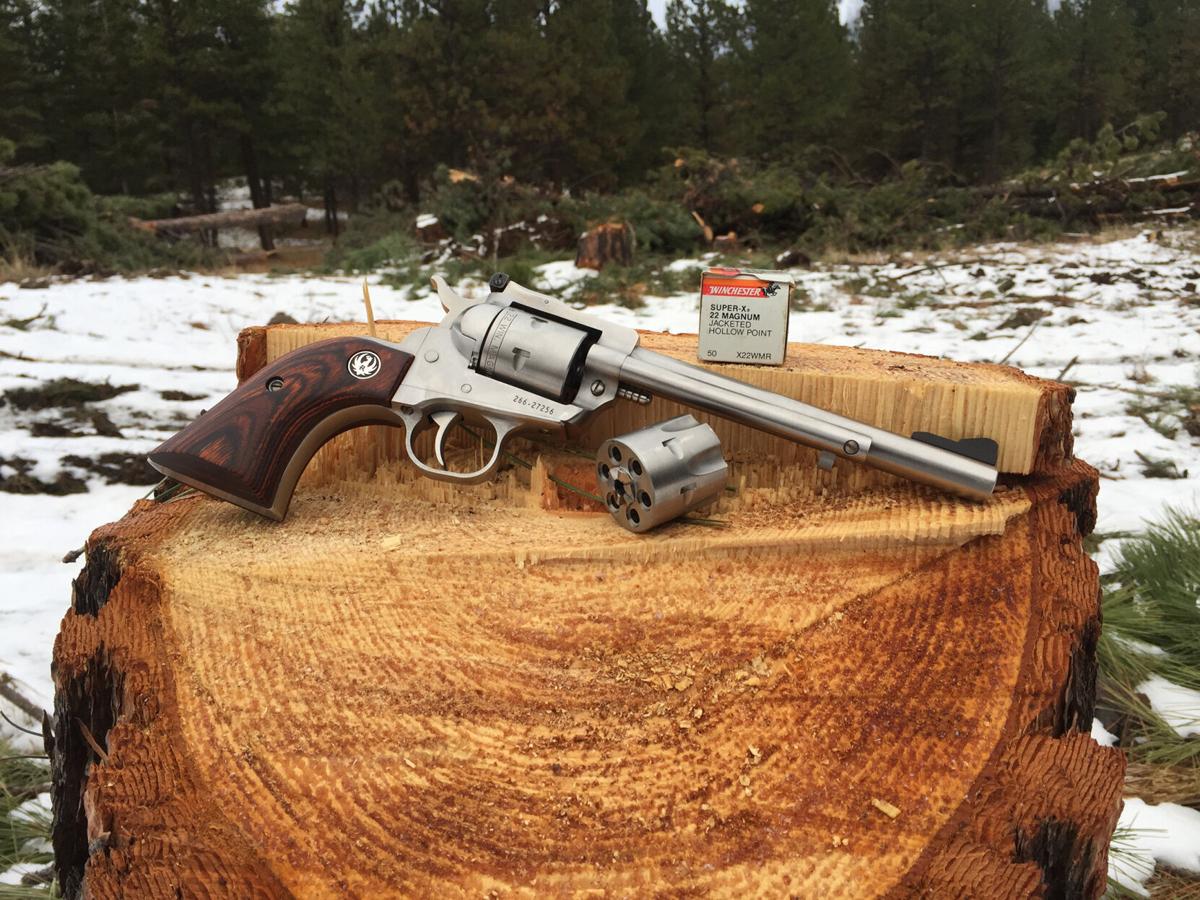 The Single Six Convertible uses .22 Long Rifle loads and has an extra cylinder for .22 WMR.

A couple years back, I wrote an article extolling the extensive virtues of the .22 pistol. In that article I had written that I preferred the extra magazine capacity of the various semi-automatic pistols chambered for the ubiquitous rimfire .22 Long Rifle cartridge. One reader kindly dropped me a note a short time back, thanking me for my articles, and in a very professional manner reminded me of an omission I made in my “all-inclusive” article. Readers are good like that: They will keep us writers on our toes, whether we like it or not.

Our friend was referring to the versatile brainchild of Mr. Bill Ruger, the .22 Single Six Convertible. This handgun may well be the ultimate .22 pistol; yes even more so than the semi-automatics if versatility is the idol you choose to imbibe. For with a Single Six Convertible you’ve got the ability to use either standard .22 Long Rifle loads or with the simple change of an included extra cylinder, you convert your revolver into a .22 WMR handgun! Now that is versatile.

My Uncle Mick Jenison gave me my initial tutelage with his Single Six handgun when I was knee high to a grasshopper. He didn’t turn me loose with it, no, but under his direct supervision I was allowed to bust a few caps now and then. He took that pistol everywhere he went, and as was the practice in our area in those days, it was loaded and ready for come what may. His was one of the early models, without the modern transfer bar safety, which prevents any accidental discharges due to a blow to the hammer. No matter, he loaded it like folks did back in the day, with an empty cylinder under the hammer. Uncle Mick is a wise man, for many reasons. And when each of his sons, my cousins, graduated high school and were about to go out on their own, he bought them a Single Six Convertible.

Without attempting to repeat the many merits of the general usefulness of a quality .22 handgun, suffice it to say whether you’re a first-time handgun buyer or a longtime pro, room should be made in every gun collection for a Single Six Convertible. For those times you cross paths with a rattler on that summer hike, or run amok of a badger when fencing the back forty. When you want to casually plink cans on the weekend or you’re the first to fill your tag in camp and want to pop a few grouse for dinner, there is no better choice. The romance of a .22 pistol is just as real as its efficacy. You would’ve been hard pressed in years past to find a pickup truck on any ranch or in any logging camp that didn’t have some sort of a .22 pistol under the seat. That’s a hard popularity contest to win.

Do you like the Single Six? Write to us at shootingthebreezebme@gmail.com!