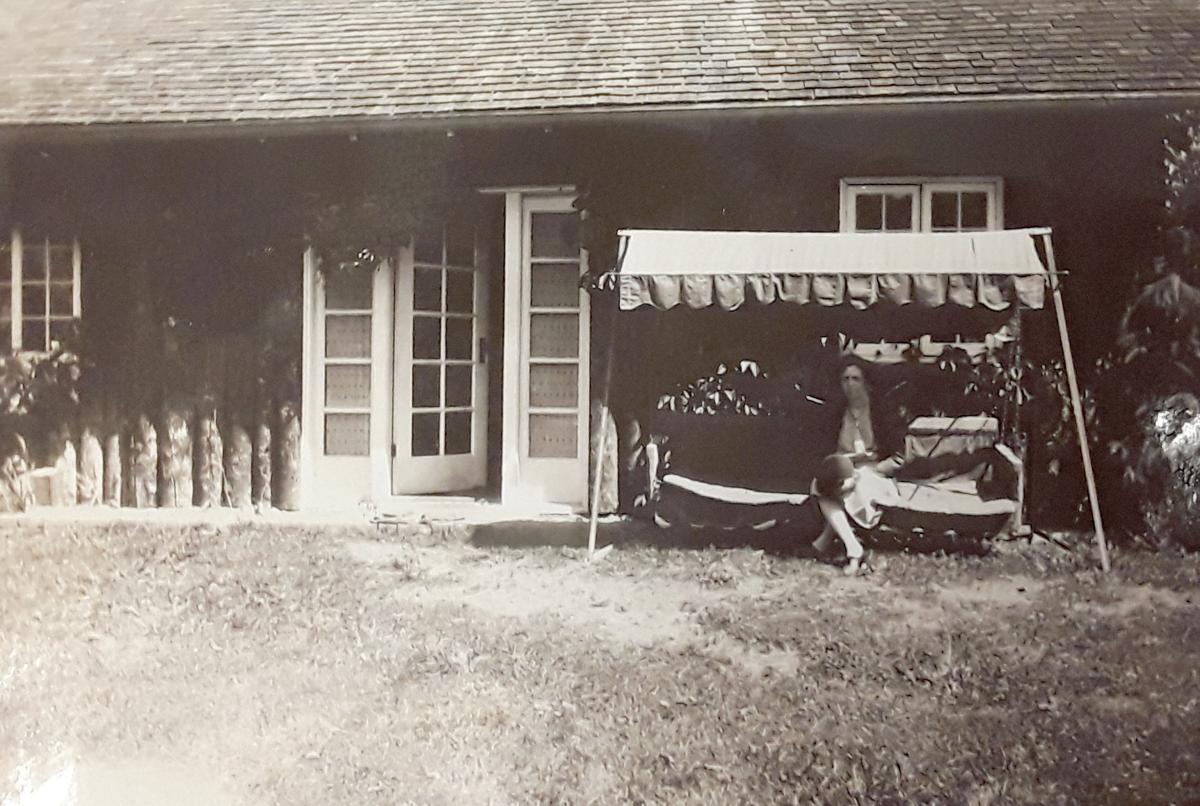 Family vacationing at a cottage at the Canyon Creek Lodge, also known as the Joaquin Miller Resort, circa 1930s. 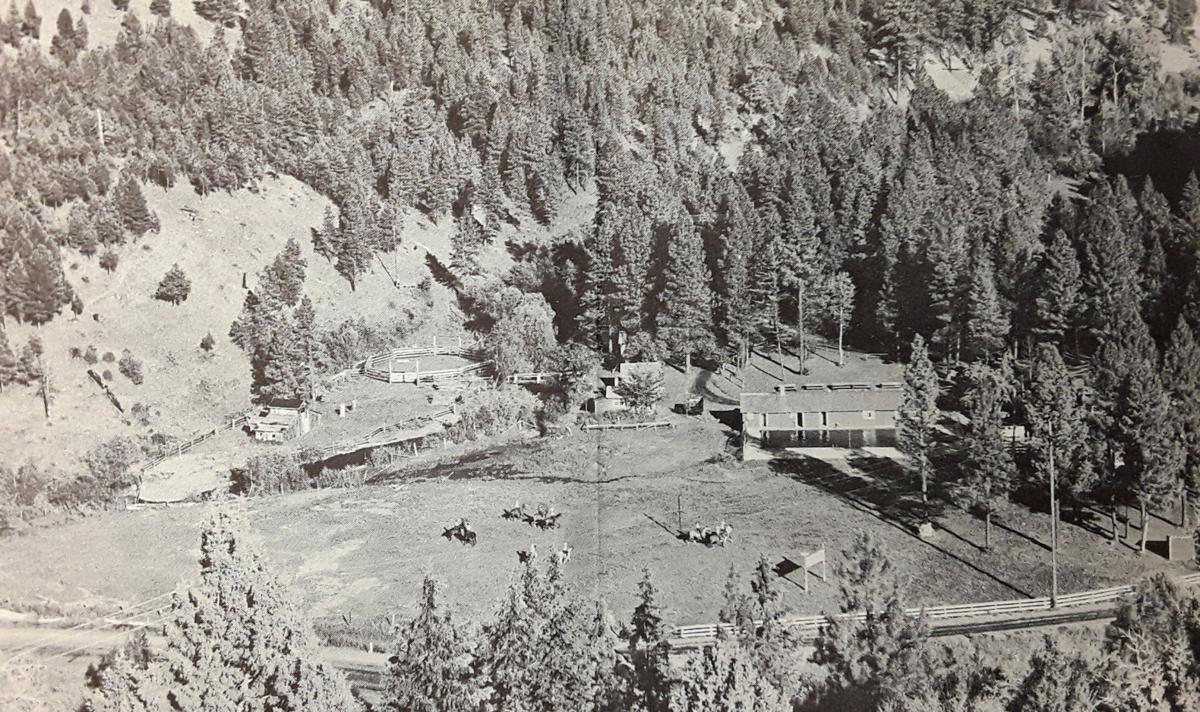 An aerial view of the spacious J Bar L Ranch in the 1950s from a travel brochure. 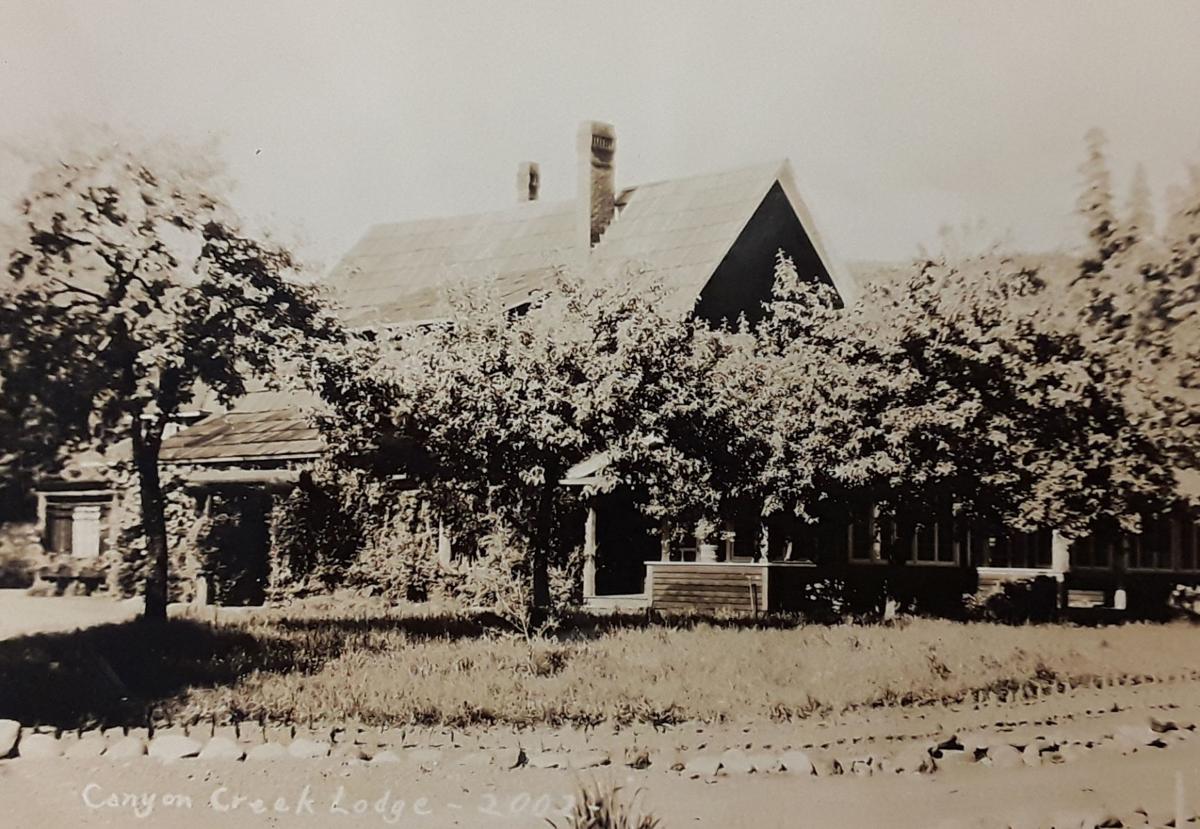 Family vacationing at a cottage at the Canyon Creek Lodge, also known as the Joaquin Miller Resort, circa 1930s.

An aerial view of the spacious J Bar L Ranch in the 1950s from a travel brochure.

Who says Grant County closes down at sunset?

In its heyday at the Joaquin Miller Resort, the fun was barely getting started at that hour.

From the 1930s-1950s, the recreational site 10 miles south of John Day was a popular summer playground for both locals and visitors of all ages.

The most common special event held at the resort were dances. Traditionally, the season was heralded in spring with an “opening dance,” and concluded with a “hunters ball” in autumn. These were not light evening affairs for the early-to-bed crowd either. Hoofers at the Joaquin Miller Resort truly danced the night away — long before Van Halen’s time — until the wee morning hours, with supper served at midnight.

Over the years, music was provided by a rotation of singers and musicians including The Modernaires, the Melodians, Jimmy Whetmore, Scotty and the Kids and orchestras led by Dick Reed, Bob Wright, Ron Southworth and Hap Hougan. When they weren’t headlining at the resort, most kept busy all year long, providing weekly dancing entertainment in legion halls and community centers throughout the county.

Throughout the summer, most issues of the Blue Mountain Eagle boasted ads inviting visitors to the resort. One ad in the June 28, 1940, Eagle issue lured the hot-weather-weary masses to “picnic in the cool of the pines” during the upcoming Fourth of July holiday, while taking in “two big days” of dances, rodeos and swimming contests. Another in 1935 promised attendees the chance to “mingle with dancers from five counties.” These and similar events offered a vital social venue in a time before telephones and smoother roads shortened the miles in our rural areas.

In July 2012, the late Carolyn Trujillo, Monument senior columnist for the Eagle, reminisced about childhood trips to the resort. During her first visit at age 3, Trujillo was unsuccessful in convincing her mother to let her go swimming in her clothes. Upon her next trip with friends at age 12, her swimming attempts were again thwarted when none of her pals remembered to bring suits along. She was finally appeased when her father suggested renting a couple of horses instead. “I liked horses better than I did swimming,” Trujillo said.

According to Trujillo, the long trip home was alleviated by a stop in Mt. Vernon for soft drinks and bubblegum, “the first we’d seen since the war was over.”

“Smokers,” or exhibition boxing matches, were popular at the resort in the 1930s, with main event cards drawing fighters from Seattle and Portland. Locals also competed. Those at the 1938 Fourth of July smoker included Dave Tripp of Bates, Dick Wade of Long Creek, Wiley Howell, “the fightin’ kid from Prairie City,” George Osborne of John Day, Ken Asherman of Canyon City and Clanena Gardner of Seneca.

During Labor Day that same year, Rogantino’s Carnival was on the bill, in addition to a rodeo and barbecue — and another smoker.

The resort provided community services from time to time. Benefit dances were held over the years for a variety of causes: school projects, sports teams and the Grant County royal court. In August 1935, each dance ticket purchased earned the bearer 100 votes for Grant County queen. Proceeds at a May 1937 dance went to the town of Canyon City following the fire that nearly destroyed that community just weeks earlier.

Hunters were welcomed to the resort for hearty early morning breakfasts and other services. A Sept. 9, 1938, Eagle article noted that Jimmy Martin and Ray Sanders were preparing to take care of hunters, “with plenty of saddle and pack horses as well as guides.”

The Joaquin Miller Resort got its start in early 1934, under the management of Dan Gleason. On April 28, 1934, an “opening dance of the summer season” was held, with music by the Troubadours, and supper served at midnight. Dances were slated for every two weeks throughout that summer.

A two-day Fourth of July celebration that year included such activities as a baseball tournament, swimming in a new concrete pool, dances both nights, horseback riding, camping and picnicking. The entire county was invited with the promise that “no effort will be spared to see that everyone has a swell time,” according to the Eagle in 1934.

In April 1937, James Martin and Bud Hinton bought the resort from Gleason and Frank Oliver for $35,000.

By this time added features to the facility included a new swimming pool, a dance pavilion, dining hall, residences and 15-20 cabins.

In 1937, the Eagle reported, “With ongoing development in Grant County and surrounding areas, the already popular and profitable resort was expected to continue.”

In 1950, James Sharp became owner of the resort, continuing its tradition of recreational respite for the community.

In later years, the resort was known as the J Bar L Ranch. The property is now privately owned.

But for many, memories of the resort and carefree days spent there linger on.

Listen, the next time you’re headed down that way, and you might hear music, laughter and the chatter of partygoers — and maybe the cheers from a knockout punch — echoing from “the cool of the pines” at the Joaquin Miller Resort.