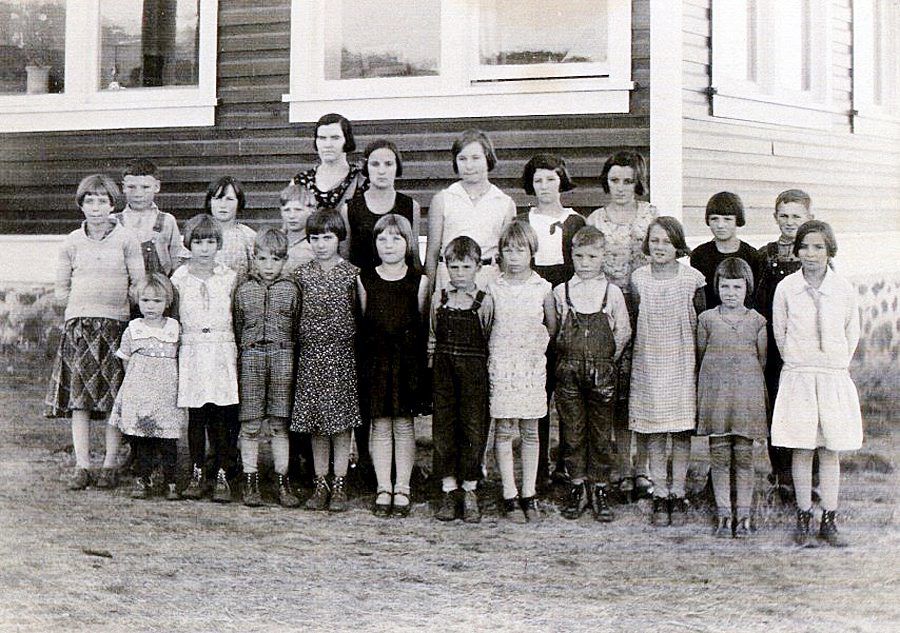 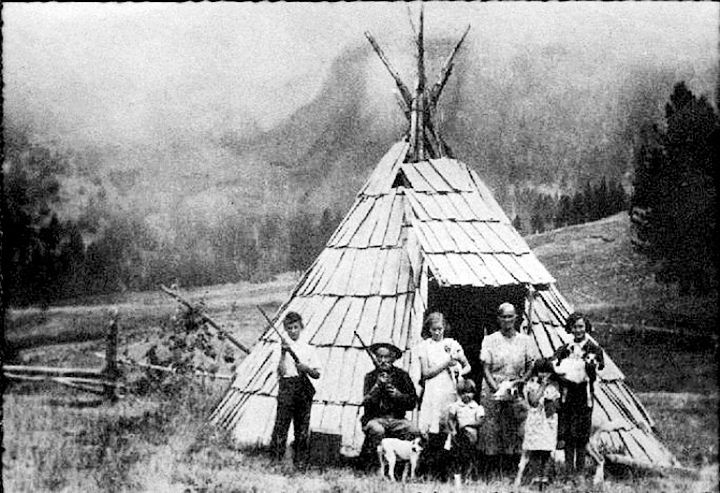 Thelma Kite and her family enjoyed playing in a tepee her step-father, Ed Chandler, built for them on their Pine Creek property. 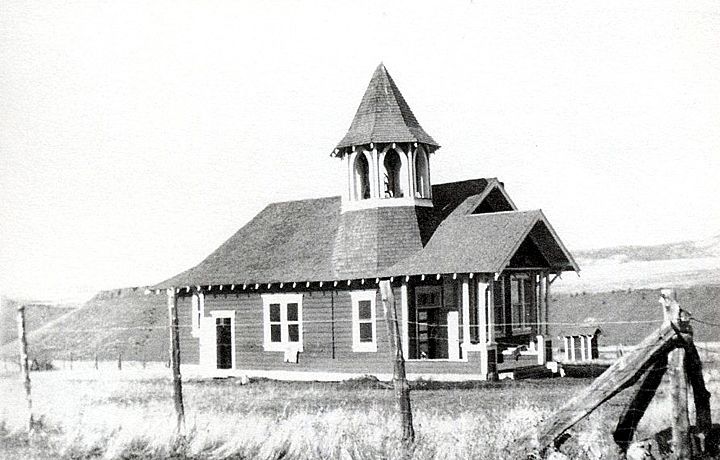 One-room Marysville School, which was located east of John Day.

Thelma Kite and her family enjoyed playing in a tepee her step-father, Ed Chandler, built for them on their Pine Creek property.

One-room Marysville School, which was located east of John Day.

My mother, Clara Miller, bought 80 acres and moved to Pine Creek in 1923, with my older sister and brother, Erma and Steve. My father, Steve Miller Sr., had died of a heart attack earlier that year near the family home at Drewsey.

I was born July 23, 1923, on Pine Creek, where we had a milk cow and a small fruit orchard. There was a regular little community up there in those years. My mother served as a midwife for several of the relatives.

She later married Ed Chandler, a government trapper, who built a log house and log barn on the property. My stepfather also built a tepee for a playhouse for us children, including my younger half-sister, Irene Chandler, and half-brother, Robertell Chandler.

Robertell died at age 4 of typhoid dysentery. Sister Erma, who was 15 years older than me, lived at Pine Creek for awhile. Brother Steve was 5 when I was born, and he often looked out for me.

The Marysville School was located approximately 1/2 mile west of the “Prairie Diggins” gold mill up Dog Creek. The school grounds included a wood shed out back, two outhouses (boys and girls), and a barn for the horses of students who rode to school on horseback. Teachers I remember were Bessie Barry, Mrs. Stratton and Opal Bales.

A number of the Marysville School students were my cousins. All eight grades were taught in the one-room school.

Subjects included reading with “The Beacon First reader,” written by the Palmer method, arithmetic, English, geography, history, health and some art. We had to memorize long poems such as “The Village Blacksmith.” I still have some of the old readers which were copyrighted in 1913-14. My favorite story was “The Wolf and the Seven Young Kids.”

The school was about three miles from our house with hills and turns. Elevation of the school was roughly 3,650 feet above sea level, and our old home place was 4,440 feet. Going home was an 800-foot climb – a real uphill trek. My brother-in-law, Chester Castle, blazed trees and marked out a short-cut trail, so we wouldn’t have to follow the roads. Most of the time, we walked to school.

In the schoolhouse, there was a washing sink in the coat room, and we all dried with the same cloth towel. There was one tin cup for drinking. The water in the sink, being fed from a spring, ran all the time, and was never shut off.

There was also an outside faucet on the south side of the building. The coat room was so cold in the winter that our lunches, which were brought in lard pails or old square tobacco tins, would freeze. One particular lunch was sourdough biscuits with mashed beans. On the way home that day, we set a pitch stump on fire to thaw our sandwiches enough so we could eat.

In the winter, the wind blew so hard, that we wondered if we would get out the door of the school to go home. One time, I recall several of us had to push the door to get out. When the snow was deep, we held onto the barbed-wire fences to make our way home. Since we didn’t have snow boots, we wrapped our legs and feet in strips of burlap bags. Mother was determined that we didn’t miss school. There were times when some of the children didn’t make it to school because of inclement weather – rain, snow or mud. When I think back, the thing that I remember being most treacherous was crossing Dean Creek. There were no bridges; we walked a log.

Recess was time for games, and we played hard. So hard that I would be exhausted on the way home and sometimes, my brother Steve would carry me part way. As soon as Steve could afford it, he brought me a little roan mare, “Roany.” By that time, there were two others who rode their horses to school.

Thelma Kite, lifelong resident of Grant County, lives with her husband Melvin in John Day, where she reminisces about her growing up years on Pine Creek and at Marysville School. According to their oldest son, Steve, neither shows many signs of slowing down, despite being in their 90s. He believes his mother’s life would make a great book, but says she is so busy living her life that she will probably not take the time to write it.