Jack McCarty senior with his team of horses used for The Dalles to Canyon City horse race. 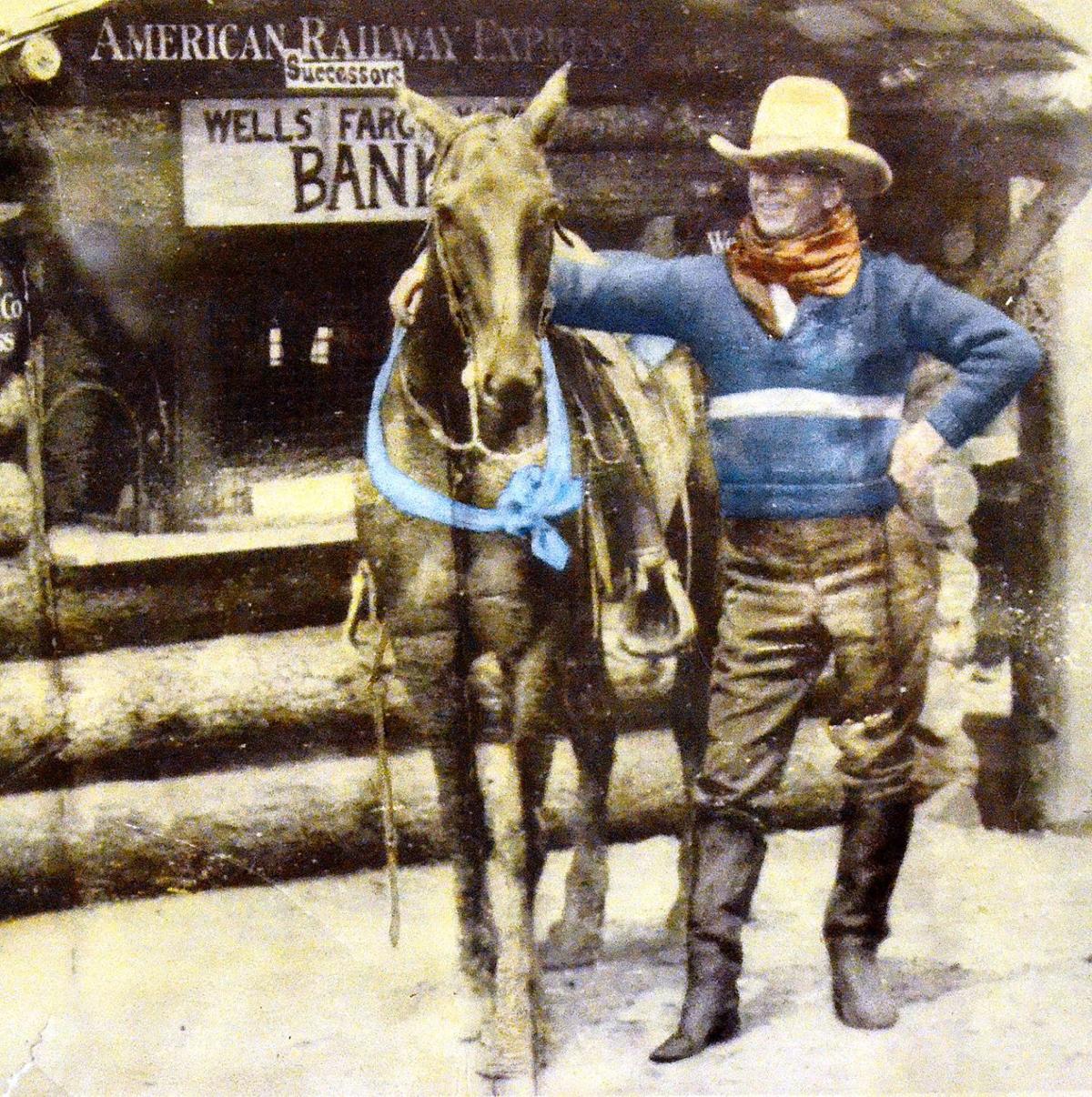 Jack McCarty senior with his team of horses used for The Dalles to Canyon City horse race.

CANYON CITY – It was 60 years since the discovery of gold in Canyon City.

To celebrate the anniversary, Whiskey Gulch Gang with help from The Dalles Commercial Club sponsored a re-enactment of the pony express route from The Dalles to Canyon City.

Held June 8, 1922, the race included several stops where riders switched out their rides for fresh horses.

It’s said that Dayville rider Jack McCarty Sr. was favored among those betting on the race.

He had a string of horses from Dayville for the journey, including four owned by the Murray family.

McCarty’s first mount got off to a slow start – it had to be pushed out of the stable.

According to news reports, some wondered if the horse sensed it would pour rain later that day, or if it had been “slipped a mickey” even though the stable was under close watch.

His relay stops included Shearers Bridge, Antelope, Burnt Ranch, Mitchell, Antone – and Dayville, where a crowd cheered him on to the finish line.

His elapsed time was 19 hours and 17 minutes for the approximately 190-mile long race.