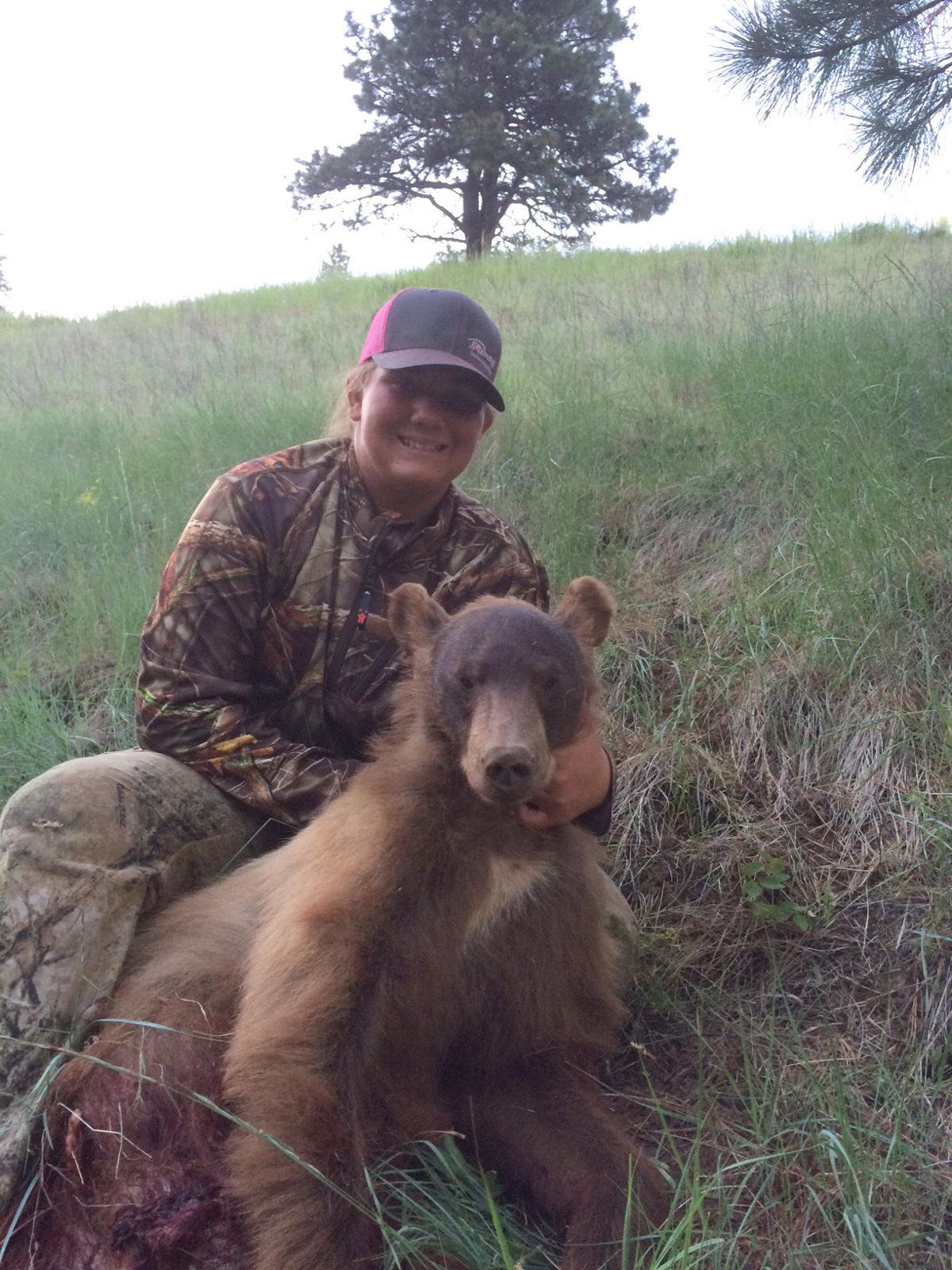 Raney Anderson of Izee poses with her blond black bear, harvested in the Milton-Freewater area. 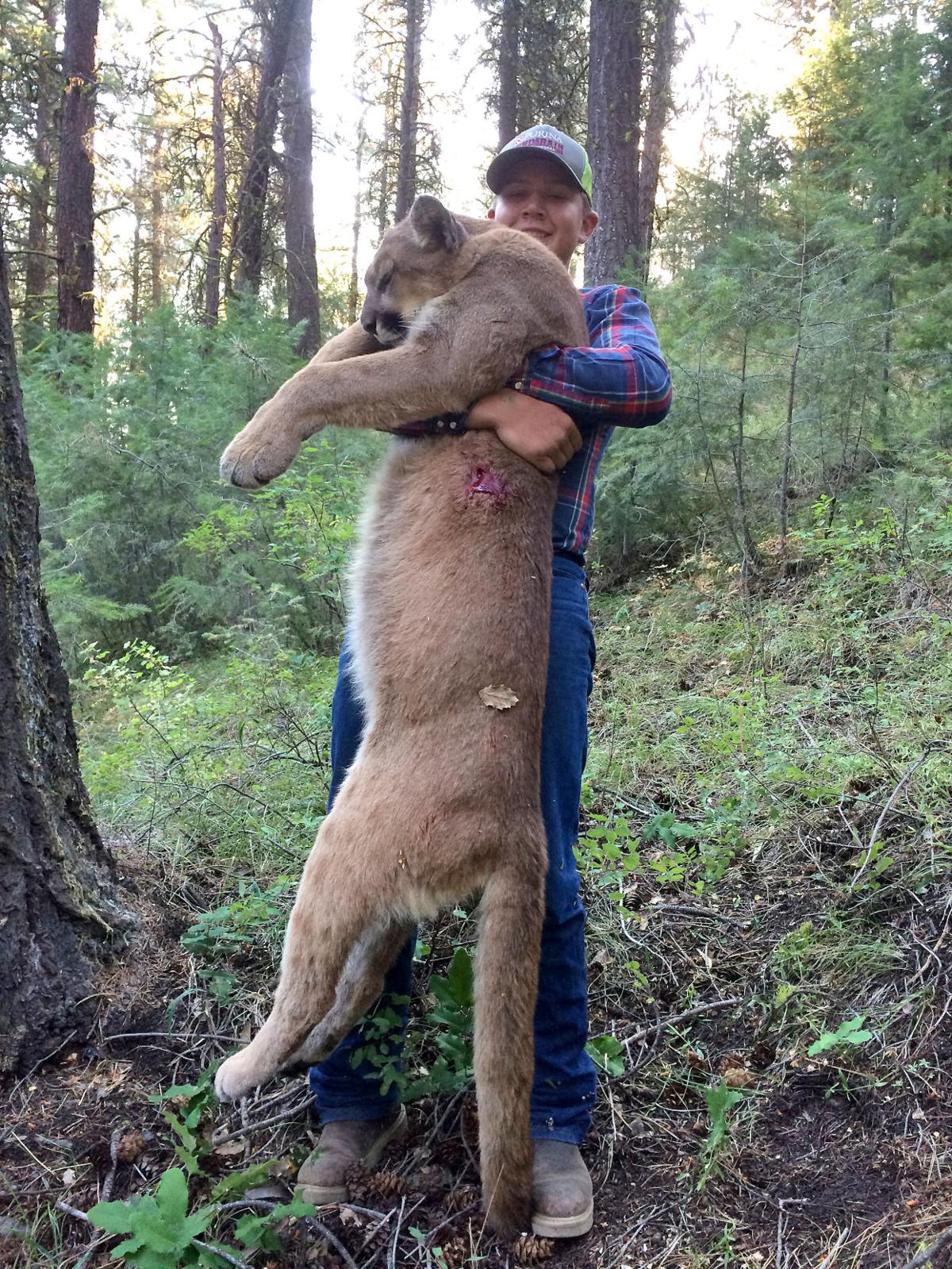 Cinch Anderson with a cougar he shot on his family's property in Izee. 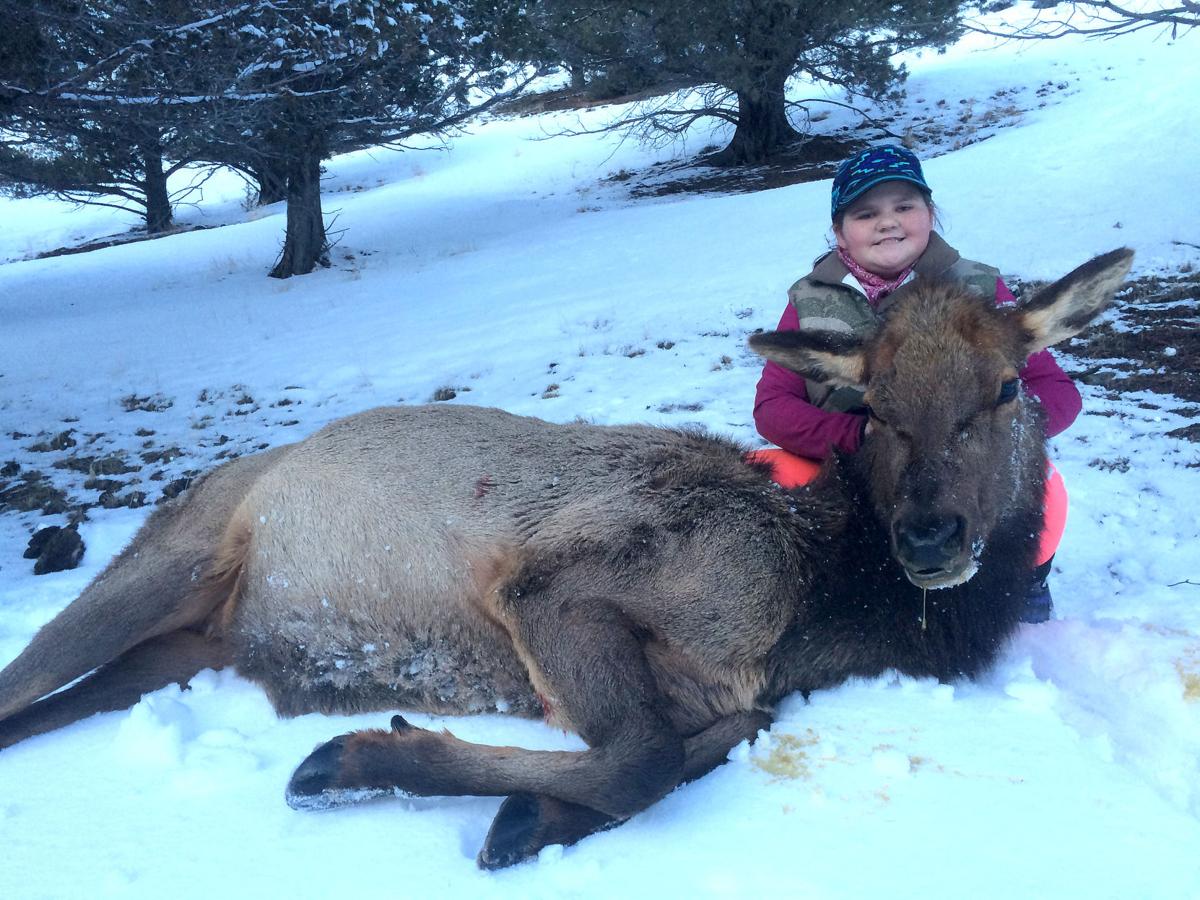 Monel Anderson with the cow elk she shot at her family's property in Izee.

Raney Anderson of Izee poses with her blond black bear, harvested in the Milton-Freewater area.

Cinch Anderson with a cougar he shot on his family's property in Izee.

Monel Anderson with the cow elk she shot at her family's property in Izee.

Mentored by their mom and dad, three siblings — Cinch, Raney and Monel Anderson — enjoy rifle hunting as a family.

The kids each had their start at age 9 through the Oregon Department of Fish and Wildlife mentored youth program, supervised, one at a time, by their parents.

MT Anderson said his son and daughters have had a lot of shooting practice on their ranch property in rural Izee.

“It’s something where we don’t have to camp. We walk out our back door, and the hunting is pretty good,” he said. “They’ve been shooting since they were in diapers, like most Grant County kids.”

Cinch, 15, harvested his first bear on their property last fall.

He and his dad saw the bear feeding in a draw one night, and after several short hikes over the course of a week, they finally caught up to it. Cinch made the shot from 355 yards.

He also killed a large mountain lion on the property in early August this year.

“I like hunting with my family,” Cinch said. “It’s something I really enjoy. It’s fun for me, just being outside and sitting with the family. Everything is fun about it.”

He said he likes the challenge of glassing the animal, then the test of seeing if they are good enough to harvest them, mainly with a long-range rifle for a clean kill.

She said everything she knows about hunting she’s learned from her dad and grandpa.

“I hunt with them all the time,” she said. “They’re there to help me whenever I need it.”

There were an abundance of bears in the West Blues Unit, where they hunted with permission on a private ranch.

“I wanted a blond one,” Raney said.

They searched up until the last day of the bear hunt.

“It was kind of chaotic,” she said. “We were looking for a lot of different bears, and we were running out of time.”

Raney said they spooked one bear they were tracking, so they went after another.

“We were down to about 20 minutes left of daylight,” she said. “I was really happy. I didn’t want to go home without a bear.”

Her dad packed it out of the canyon for her.

MT said bears harvested in spring are leaner, and taste better, than those in the fall, and they recently enjoyed meat from Raney’s bear for dinner.

Monel, 9, has been mentored by her mom, Cori.

She shot her first elk last winter on the ranch, earning bragging rights by shooting it at a distance of 301 yards.

“She’d glassed before, but that was her first,” MT said. “It was neat for the whole family.”