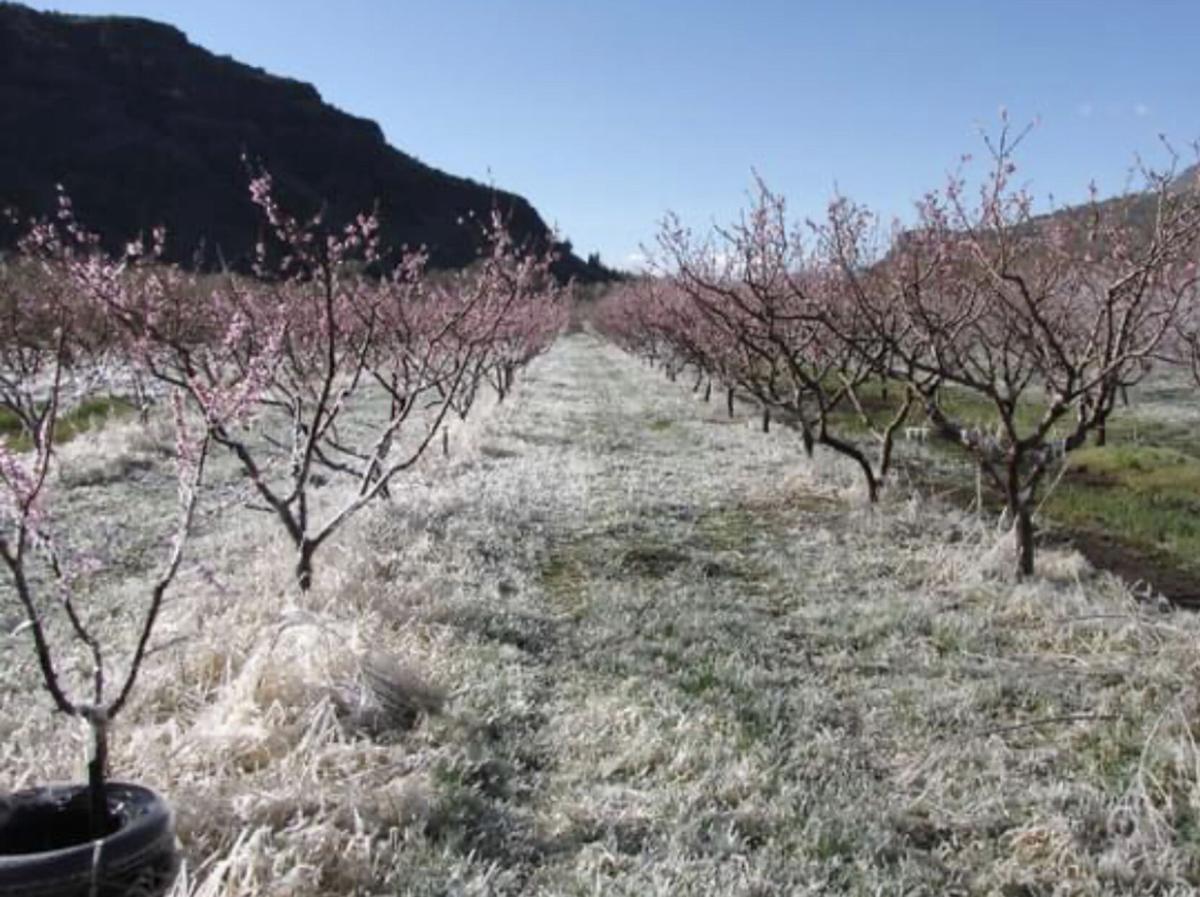 A row of trees at Thomas Orchards in Kimberly. 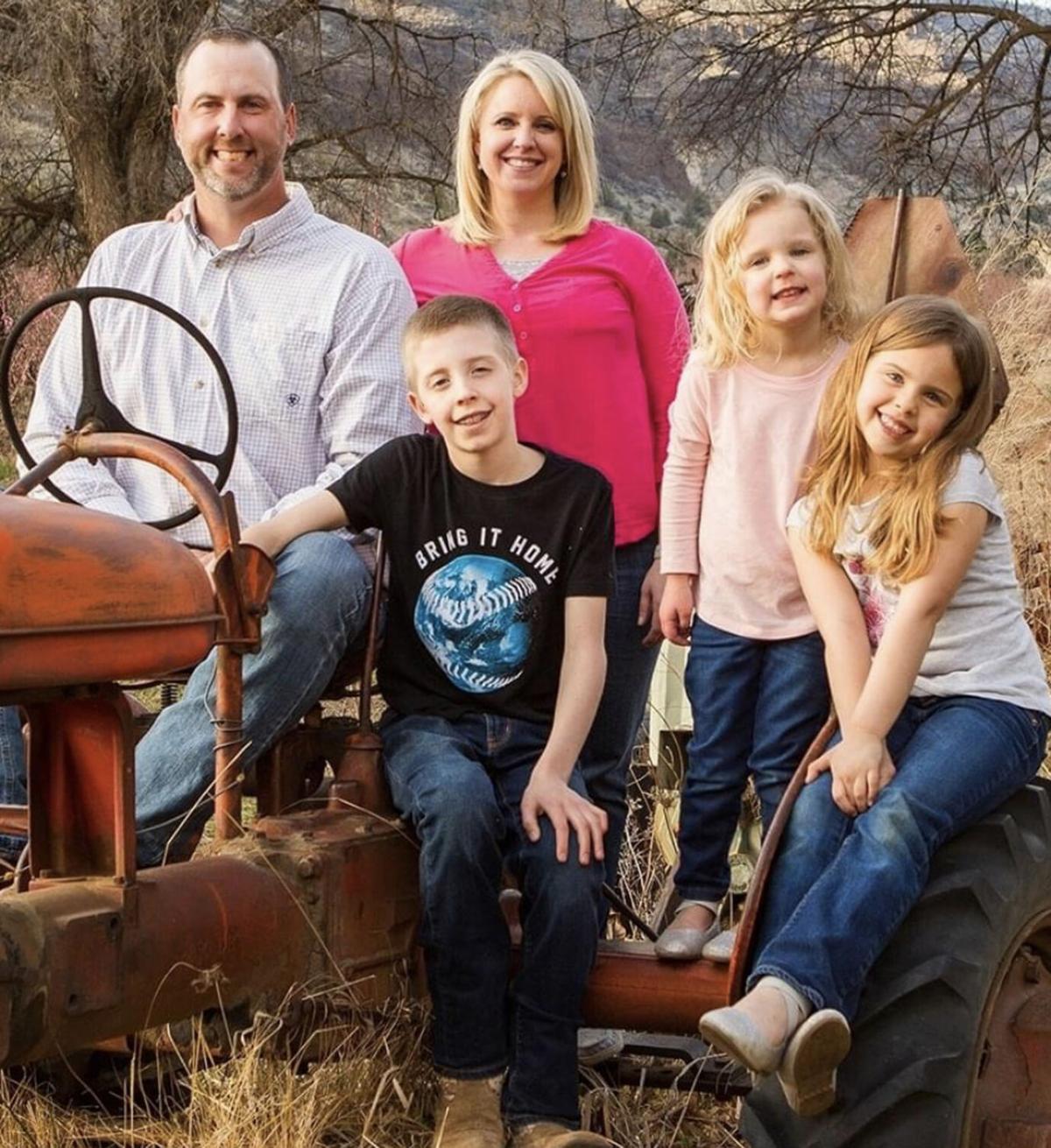 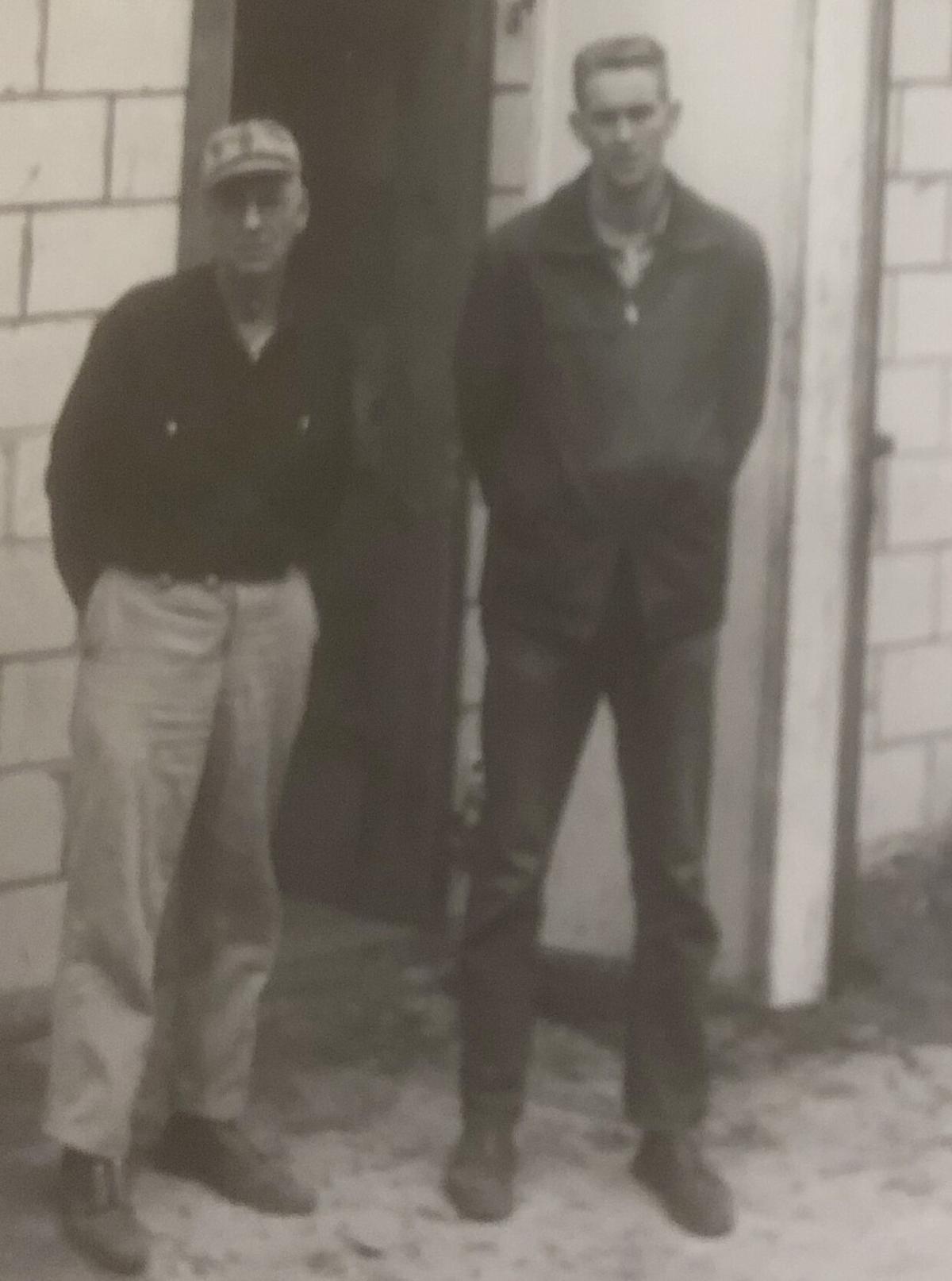 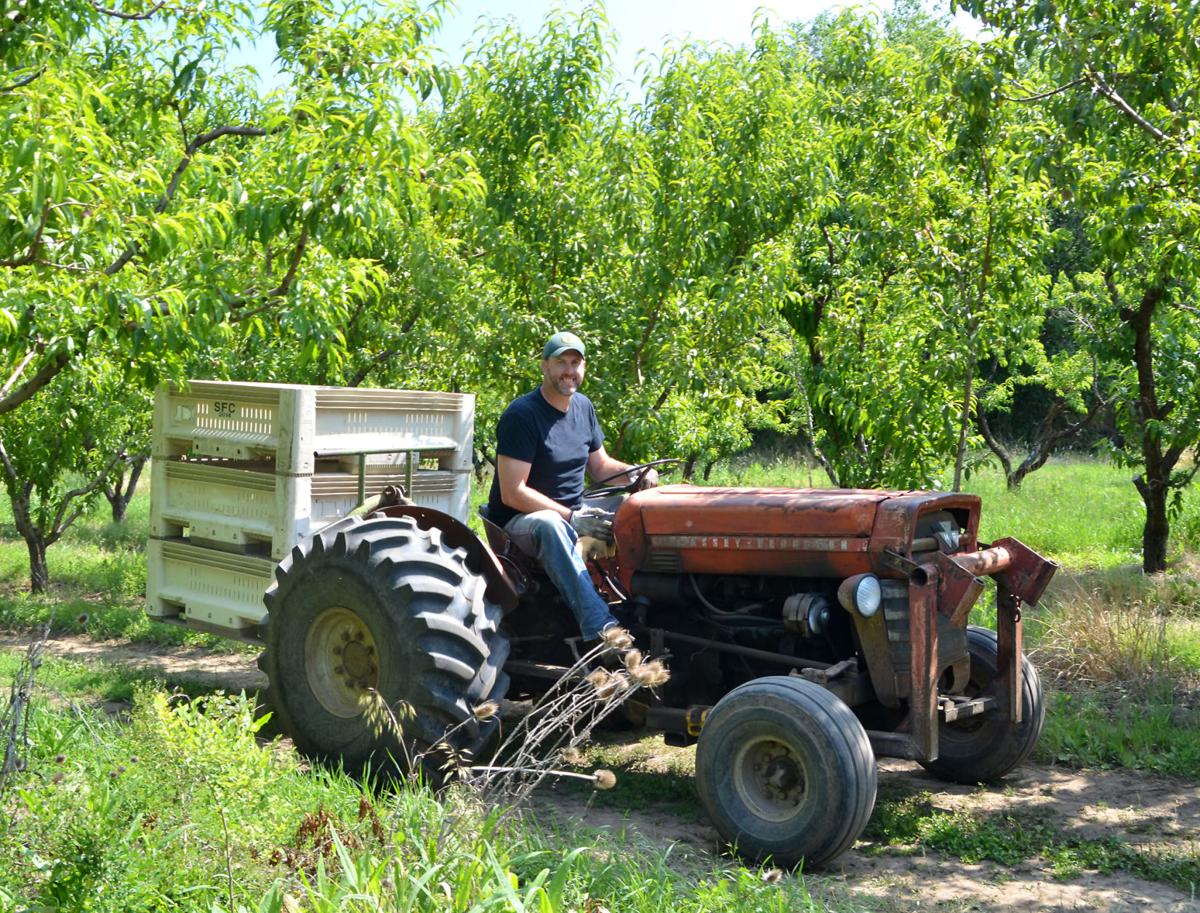 Jeff Thomas of Thomas Orchards works at the business. 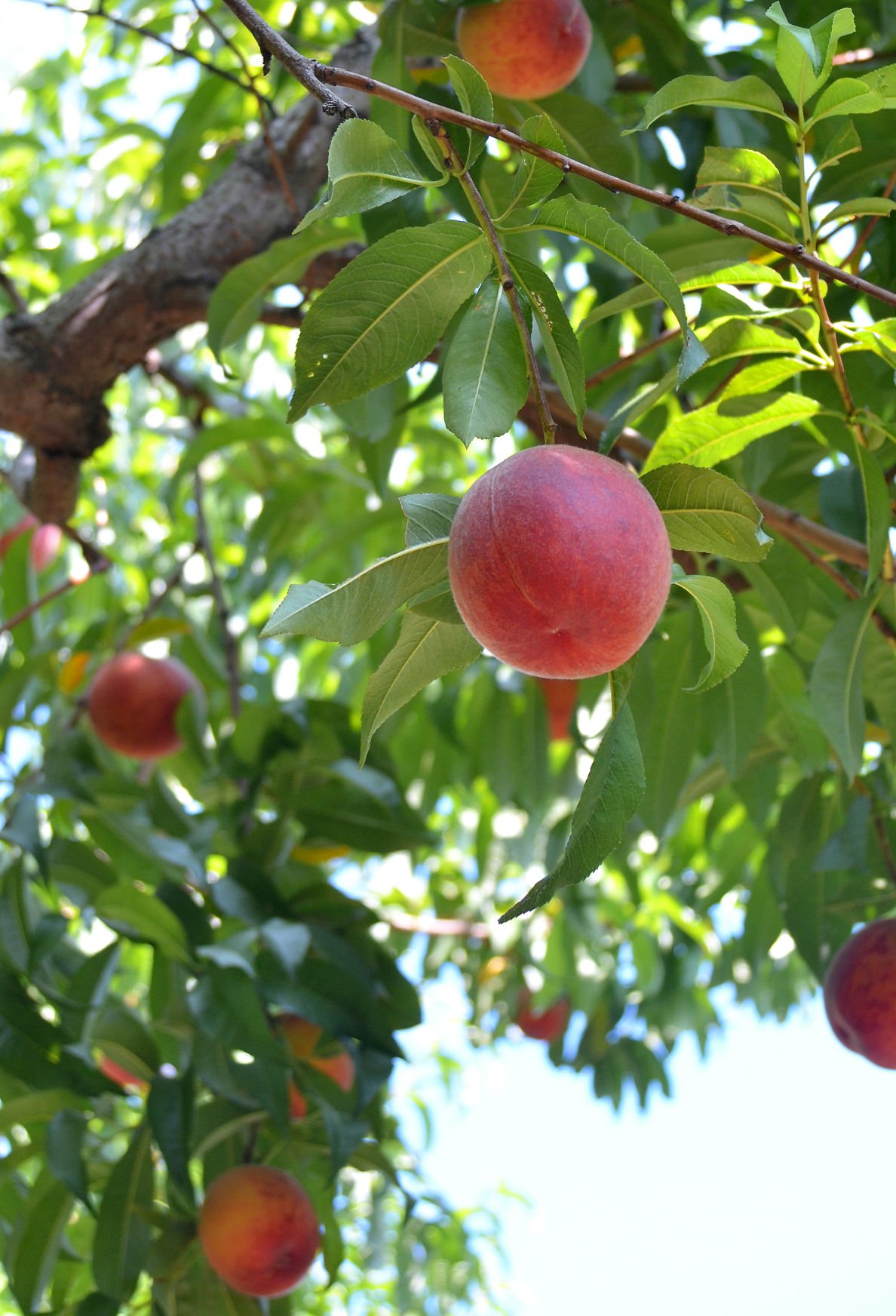 Red peaches are ripening at Thomas Orchards in Kimberly. 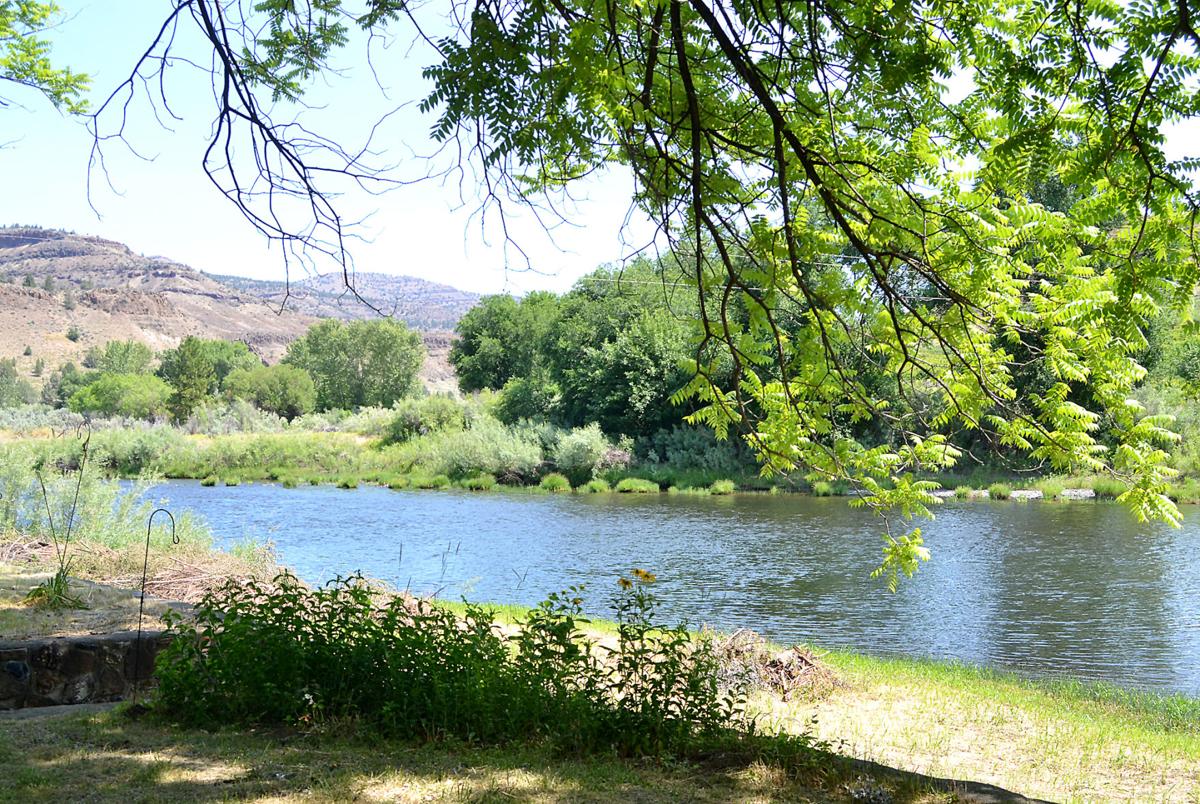 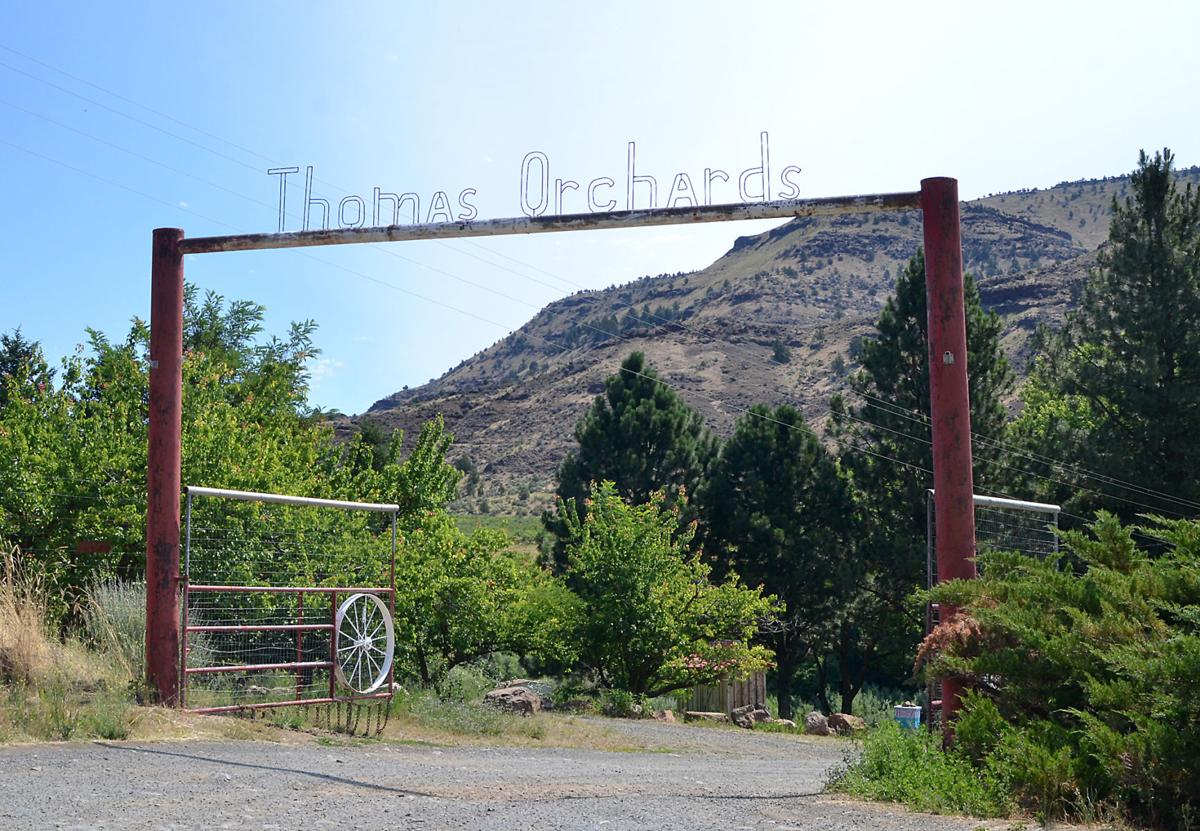 A row of trees at Thomas Orchards in Kimberly.

Jeff Thomas of Thomas Orchards works at the business.

Red peaches are ripening at Thomas Orchards in Kimberly.

Jeff Thomas of Thomas Orchards is "cautiously optimistic" about this year's crop.

The third-generation farmer whose family orchard sits on the John Day River in Kimberly said, with still months and months to go before harvest, so much can go "good or bad."

He and his family grow various fruits for picking, packing and canning that they distribute across the Northwest, including cherries, apricots, peaches, nectarines, apples, pears and plums. The family has a retail fruit stand and a "you-pick" side.

"We're starting to see some apricots bloom," he said. "And peaches and cherries will come toward the end of March or the first part of April, and then apples come on toward mid- to late April, but you get one cold night in April, and six hours can wipe away hundreds of millions of dollars."

Thomas told the Eagle, while they have frost protection and other tools, "at the end of the day, Mother Nature wins."

Thomas said, for all of the typical planting and harvesting stressors in an average year, 2020 was not a bad year for the orchard.

"Quality was good," he said. "I guess people still want fresh produce come summertime. You saw that in the sales."

He said apples were down quite a bit overall. But, on the "you-pick" and retail stand side that businesses, they were up quite a bit.

Thomas said, at the start of the pandemic, volume shot up. He said this was primarily due to people being concerned about having access to the food supply.

Thomas said cherries, peaches and apples are typically higher-end items at grocery stores. With the economy essentially crashing in April of last year, he was concerned if people would skip those higher-priced items. He said those were but a few of the concerns across the fruit growing industry. Nonetheless, he said 2020 was a standout year for cherry sales industry-wide.

He said, outside of making sure workers are socially distanced and wearing masks, COVID-19 did not change much of the farm's day-to-day operation with the farm being so remote.

The history and day-to-day operations at the Thomas Orchards

Thomas, 42, said that he, his father, John, 79, and uncle Jim, 77, each have their areas of responsibilities when it comes to handling the farm's day-to-operations.

Jim, he said, runs the mechanical and irrigation side of the business, while John handles the pesticide applications and, during the summer, will drive trucks.

Jeff Thomas told the Eagle that he handles the sales, delivery, payroll and accounting side of the orchards.

He said his wife, Laura, the Monument school district superintendent, helps out on the weekends at times.

The orchards have been in Kimberly since 1902, when the Kimberly family started it. Jeff Thomas told the Eagle his grandparents purchased a "chunk" of the land in 1947 and bought it outright in 1965.

"We've been here ever since trying to eke a living out one way or another there," he said.

The complexities of operating a family business

Jeff Thomas said his dad could talk about how drastically the farming industry has changed from the 1970s to now.

It seems like year after year, he said, the state throws him another "haymaker," and it gets harder and harder to dodge those issues. He said with that comes some economic realities that he wants to be "mindful" of when it comes to the next generation.

He said when he looks at his kids, and the question comes up about leaving the business to them to take over someday, he asks himself if he would be "setting them up for success or failure."

He and his wife have three kids: Josh, 12, Olivia, 8, and Kaycee, 7. Jeff Thomas said, even as young as they are, they talk about how they want to grow up and work on the farm to carry on the family tradition.

"The days of having stable farm income that can support a family, let alone two or three families, those days are gone," he said.

He said when he came back from Western Oregon University to help his dad in 2002, his dad told him that he wanted to make sure he wanted to work on the farm.

He said working on the farm fit with what he and his wife wanted to do. She had just finished her degree and her ideal job was to teach at a small school. Soon enough, he said, they got married and Laura started teaching.

He said, while the romance of running the farm faded away to the realities, he nonetheless fell in love with ag life.

"You're one small part of a huge industry that feeds the world," he said. "And there's not a lot of people that can say that."

You're one small part of a huge industry that feeds the world. And there's not a lot of people that can say that."