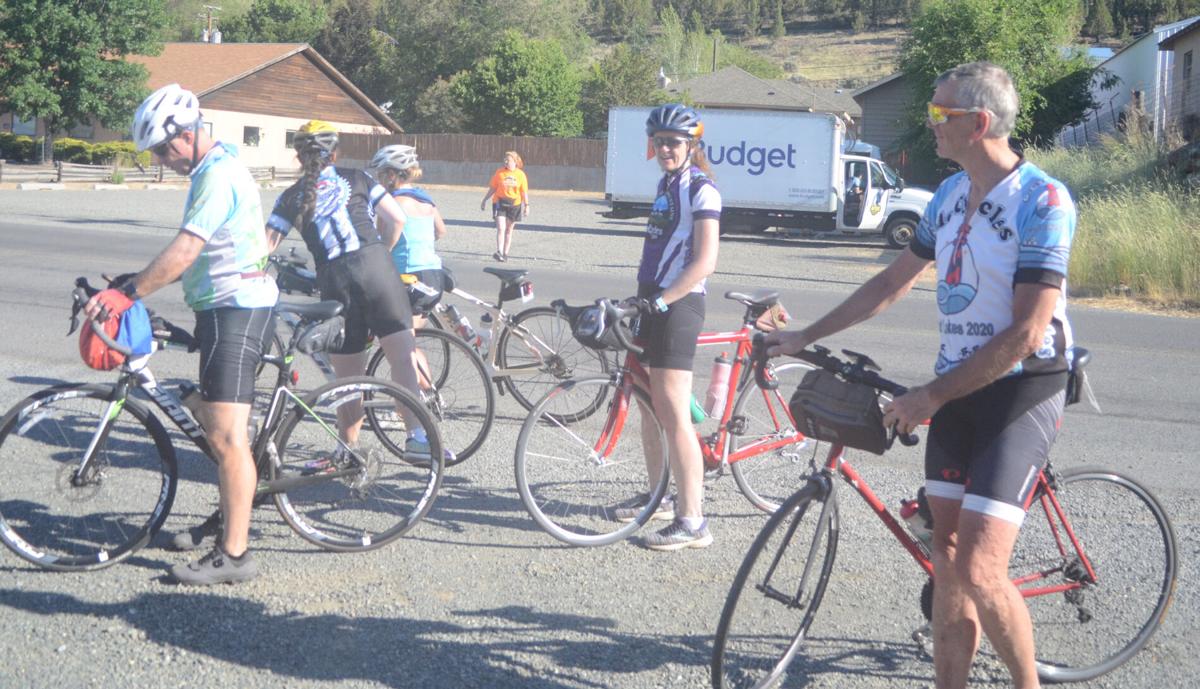 Bicyclists pull into the Nazerene church on Friday. 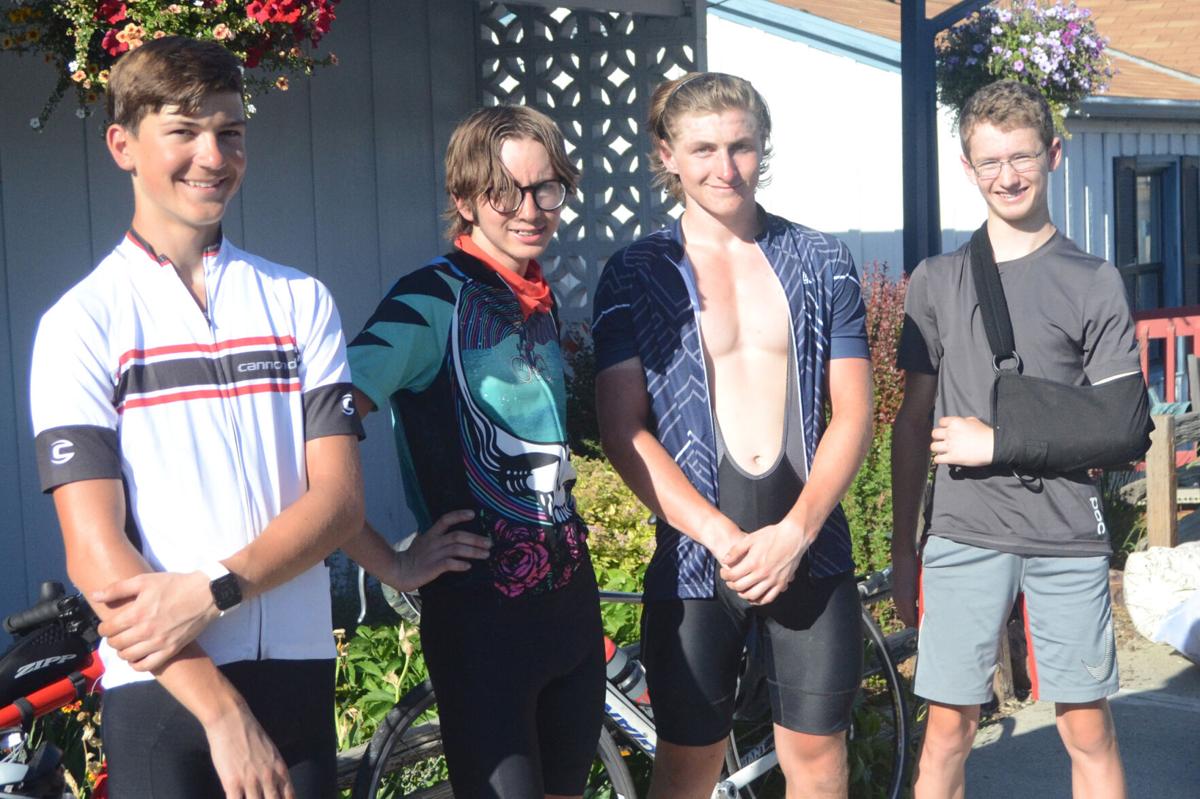 From left, Adam Reckers, Ezra Townsend, Cael Hickock and Kian Kadlec of the deCycles group stand in front of the John Day Church of the Nazarene after biking from Seattle on their way to Denver.

Bicyclists pull into the Nazerene church on Friday.

From left, Adam Reckers, Ezra Townsend, Cael Hickock and Kian Kadlec of the deCycles group stand in front of the John Day Church of the Nazarene after biking from Seattle on their way to Denver.

A cross-country cycling group based out of Indiana pedaled their way through John Day on June 18.

The “deCycles Indiana” group, which included 45 riders on a 1,600-mile ride from Seattle to Denver, were on day seven of their three-week tour.

The group pulled into the John Day Church of the Nazarene to stay the night and showered at the Grant County Fairgrounds.

Norm Houze of Bloomington, Indiana, who has served as the tour director and on-road supervisor, said the trek is a “modern-day pilgrimage.”

“Instead of riding a camel, I’m riding a bike,” he said.

Houze said a pilgrimage is a journey to an unknown place.

Houze, a veteran of upwards of 25 cross-country deCycles trips, jokingly said he had spent nearly half of his life “homeless” sleeping on church and gym floors across the country.

The 45 riders included a wide range of students and young adults of all backgrounds and cycling abilities.

The group had riders as young as 13 and some as old as Houze, who is in his late 60s.

For some of the group’s younger members from Indiana, the trip provided them their first glimpse of a mountain.

Ezra Townsend, 15, of Columbus, Indiana, said seeing Mt. Ranier when pulling out of Seattle was like nothing he had ever seen in Indiana.

“It was just crazy,” he said. “I’ve never seen anything like it. It’s just completely different from what we have in Indiana.”

Townsend said he was always casual about athletics, but the deCycles trip, to him, sounded like an adventure that he could not pass up.

Adam Reckers, who celebrated his 16th birthday in John Day, said his family is really into biking and traveling. He said, when he heard about the trip and that the group that was based an hour away from where he lives, he was “all for it.”

Townsend and Reckers said they would encourage anyone, regardless of age or ability, to go on some kind of journey.

“Maybe not this specific trip,” Reckers said, “but just go out and enjoy the world.”