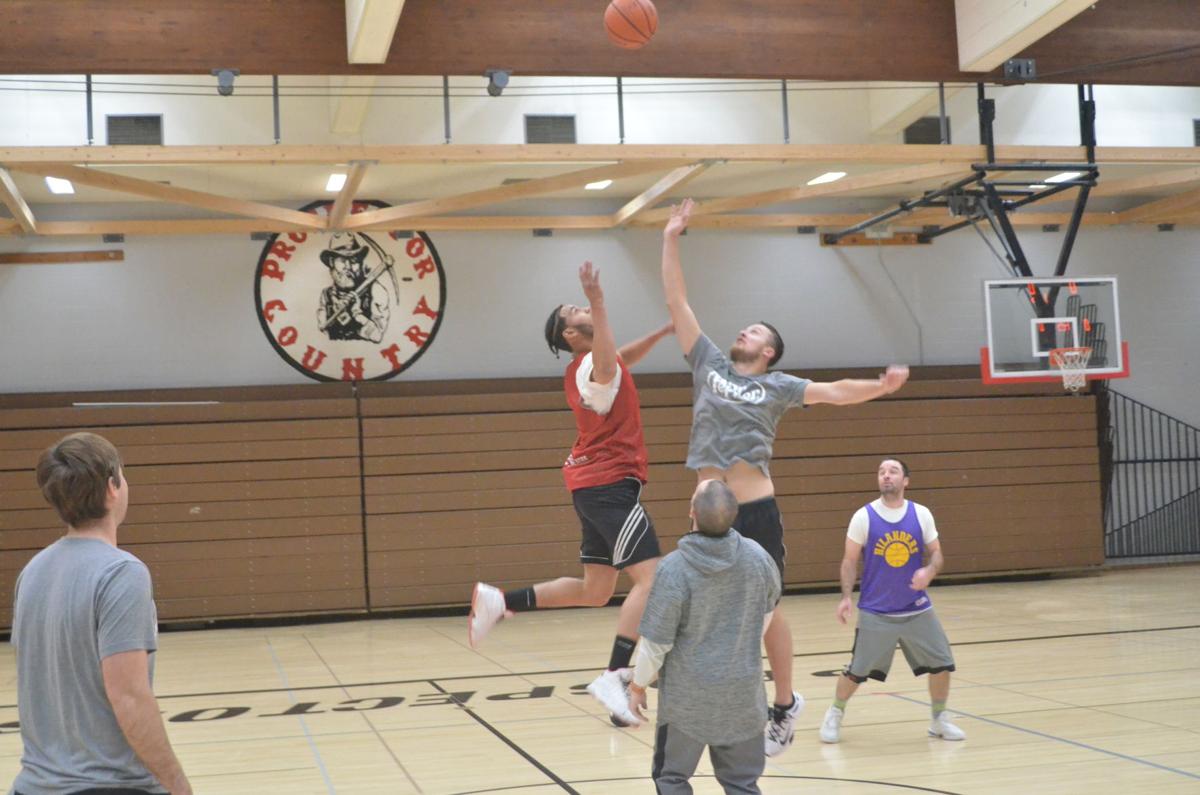 The adult basketball league tips off. The league expanded out to Spray, Dayville, Burns and Prairie City this year and drew roughly 50 to 60 participants.

An adult league basketball player pulls back for a shot at the gym at Grant Union High School Jan. 26.

The adult basketball league tips off. The league expanded out to Spray, Dayville, Burns and Prairie City this year and drew roughly 50 to 60 participants.

An adult league basketball player pulls back for a shot at the gym at Grant Union High School Jan. 26.

With names for teams like "Hoops I did it Again," "Basket Brawlers" and "Dirty Mitch and the Boyz" Program Manager RC Huerta said the goal for the league this year was to give people a place to have fun, be competitive and stay in shape over the winter.

The league started in December and wrapped up in mid February, playing Sundays in the Grant Union High School gym.

Huerta said he had been pleased with the overall attitude and collective camaraderie of the league's participants.

Huerta, who is also the Grant Union Boys basketball head coach, said a couple of his players' moonlight as scorekeepers, and it has been good for them to get a global perspective of how the game is played.

"Anytime kids can see the game from another perspective, that is a good thing," Huerta said, "especially from an officiating and score-keeping perspective."

Huerta also said that a couple of the players from the girls team volunteer their time as well.

Many of these referees have gone on to officiate high school games for Oregon School Activities Association, he said.

The adult league has been a great place for them to train, he said.

Huerta said the next adult league will be the Grant County Cornhole League, which will be from June to August every other Tuesday of the month at 6 p.m. at John Day City Park. He said it is a "drop in" league so there is no obligation. The cost is $5 per person with teams of two.