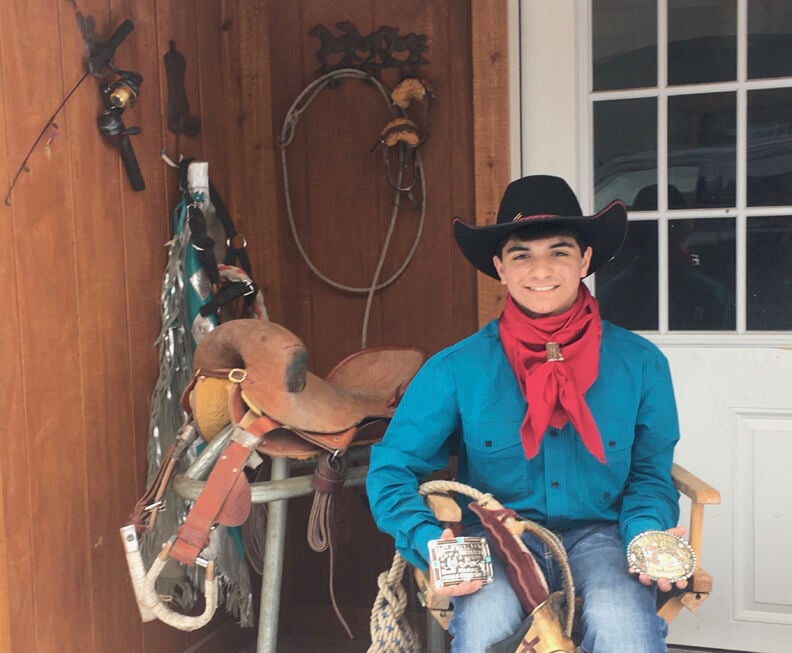 Frankie Beam has been involved with rodeo for a large part of his life and enjoys the traveling. 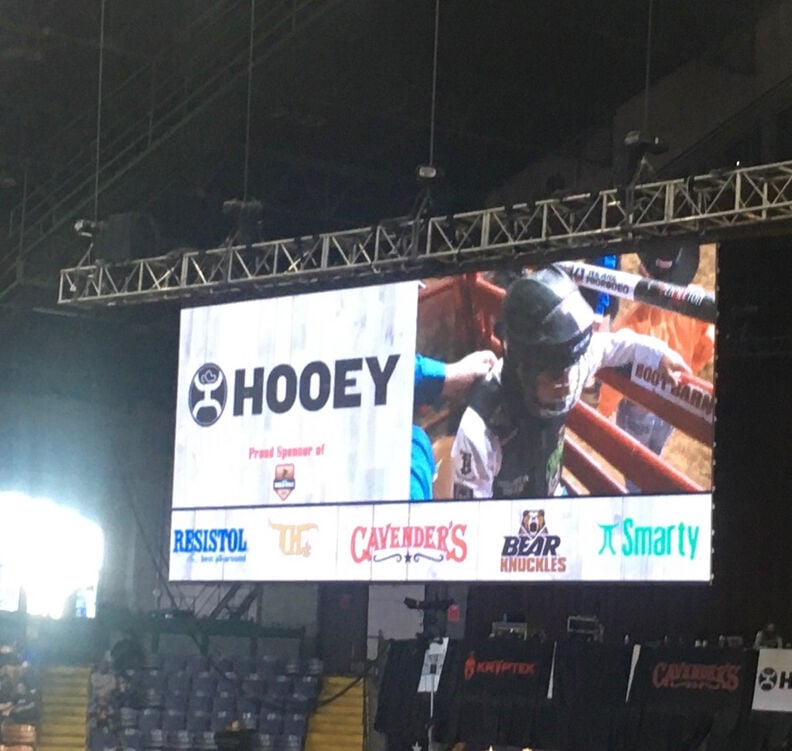 Frankie Beam on the big screen right before the bronc riding begins at the Junior Roughstock Association World Finals in Texas. 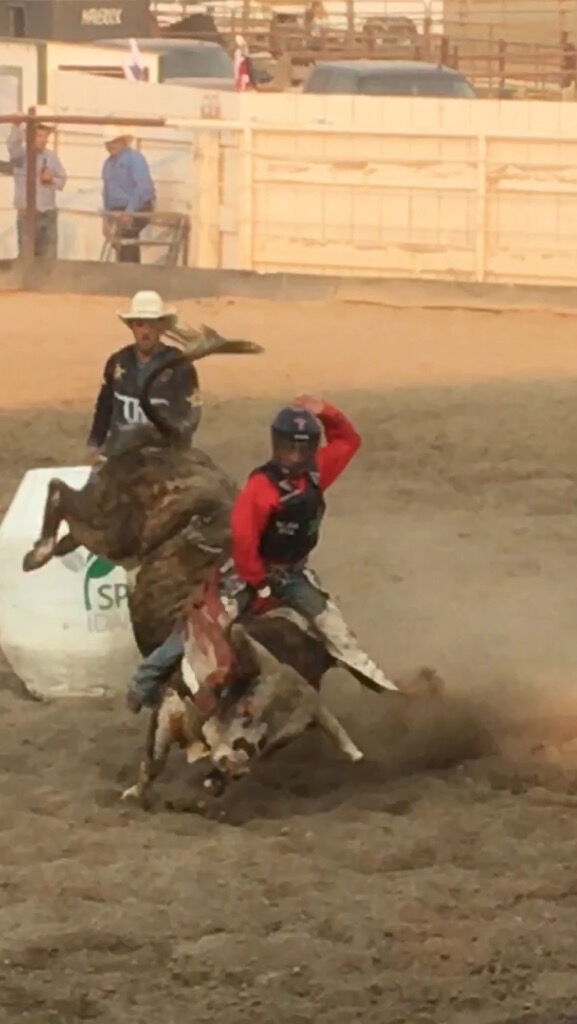 Along with bronc riding, Frankie Beam also rides junior bulls and enjoys the adrenaline that comes from competing in the sport.

Frankie Beam has been involved with rodeo for a large part of his life and enjoys the traveling.

Frankie Beam on the big screen right before the bronc riding begins at the Junior Roughstock Association World Finals in Texas.

Along with bronc riding, Frankie Beam also rides junior bulls and enjoys the adrenaline that comes from competing in the sport.

Frankie Beam, a freshman at Prairie City School, traveled to Texas at the start of December and used each eight-second opportunity for bronc riding to display his training and passion for the sport.

Beam said he has been bronc riding since July but has been involved with rodeo for a large part of his life. He started riding junior bulls in the sixth grade and rode saddle steers for two years in junior high.

“I like to travel and meet new people, and I think that’s one of my favorite parts,” Beam said. “It also gives me an adrenaline rush, and I like that too.”

Beam puts in an abundant amount of time preparing himself mentally and physically because the sport requires so much from the rider.

Beam practices at Blue Music Ranch in Idaho where they put him on bucking horses and have coaches that help him out. He said riding is about 90% mental strength and 10% physical talent.

“Once you go into that bucking chute, everything kind of just fades away and your body takes over and you can’t really think,” Beam said. “Your body does what you trained it to do.”

Beam said competing in Texas was a great experience, but the stakes were higher than usual since it was the world finals.

“Going in to it, you have to put a lot of pressure on yourself and stay on because it’s the world finals and you want to win,” Beam said. “I tried to go into it thinking it’s just another bronc and focus on the basics.”

Beam passed the first and second runs to qualify to the short round, which consisted of the top 10 riders for senior saddle bronc riding. He said in the short round he finished the ride but ended up blowing a stirrup and got disqualified.

Beam placed fourth and was appreciative for the experience and opportunity to compete in Texas and for the support from Prairie City School.

“We had to have masks in Texas, but we were fortunate to have the event,” Beam said. “I just want to thank the community for this opportunity and for the support of my teachers and principal.”

His mother, Shonna Beam, said she is very proud of him and the fact that he has taken this sport seriously at a young age.

“He really works hard at it and loves this more than anything, and that’s why we stand behind him so much because I think that this will be something he does for as long as he can,” Shonna Beam said. “It was quite a journey, and it was good to see him compete (in Texas), and he’ll get better. He’s the kind of kid that’ll practice and stay at it.”

Hansen's Sunday Notebook: NFL experience should give Wildcats an edge over Pac-12 foes

Missouri softball No. 23 in preseason rankings