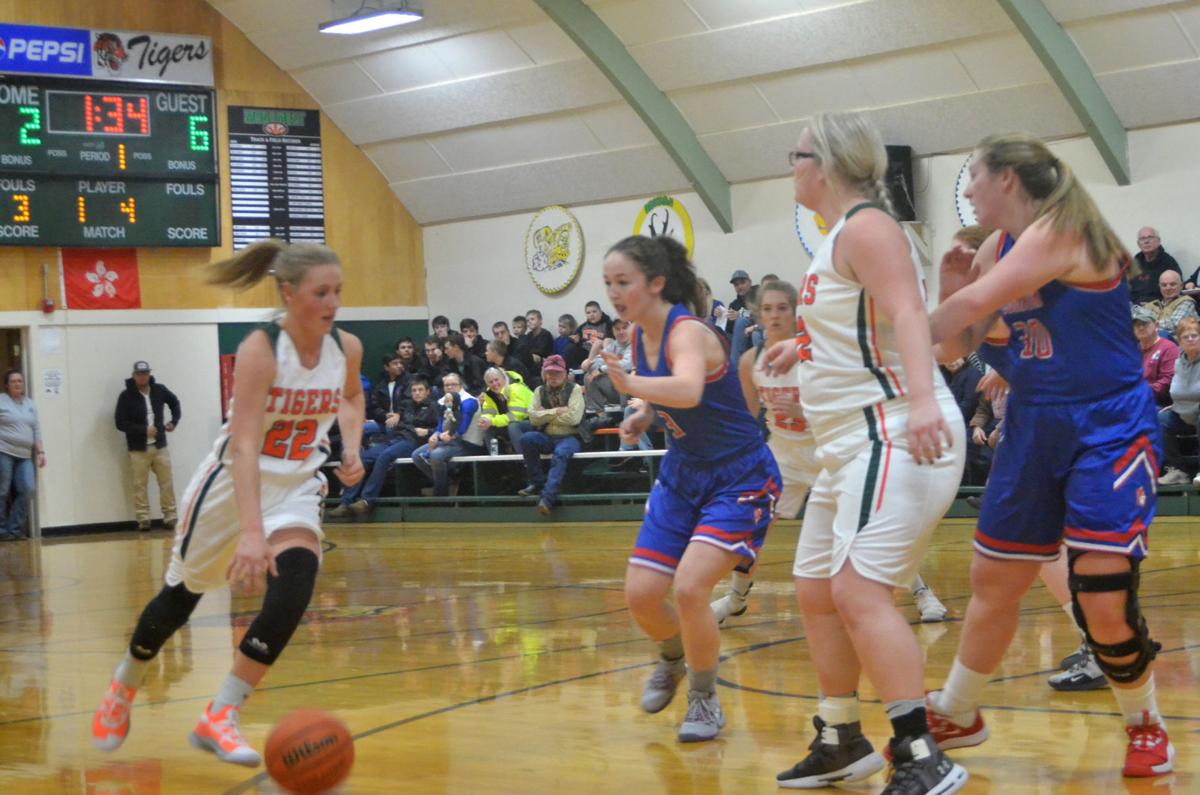 Denali Twehues (22) dribbles in Dayville/Monument’s game versus Condon Dec. 12 with teammate Aubrey Bowlus in the action. 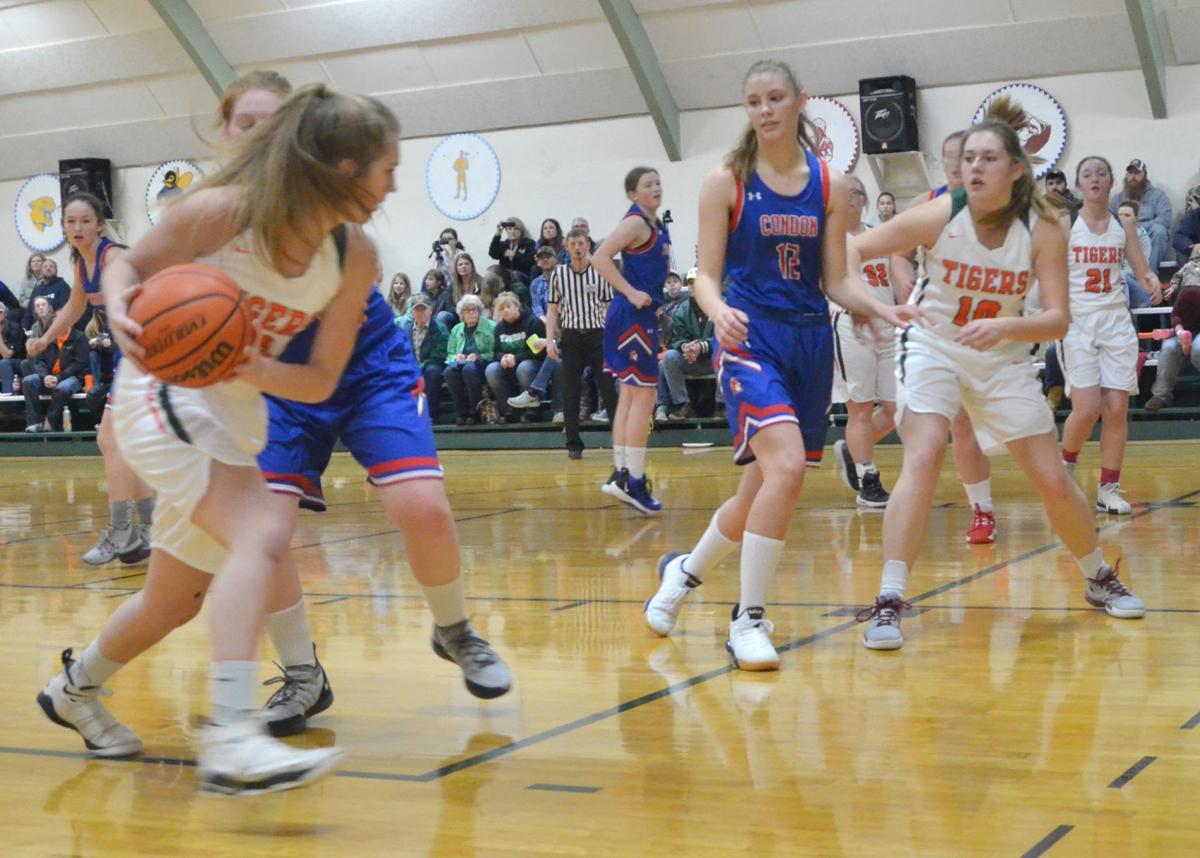 Dayville/Monument’s Katelyn Barker looks to pass to teammate Miranda Cook (10) in the game against Condon Dec. 12.

Denali Twehues (22) dribbles in Dayville/Monument’s game versus Condon Dec. 12 with teammate Aubrey Bowlus in the action.

Dayville/Monument’s Katelyn Barker looks to pass to teammate Miranda Cook (10) in the game against Condon Dec. 12.

The Dayville/Monument Tiger girls split wins at Friday-Saturday Arlington Snowball Tournament after their loss on Dec. 12, 43-22 to the Condon/Wheeler Blue Devils.

“We did not play to our full potential, and it came down to basics,” said head coach Cheyenne Perkins about the game against Condon/Wheeler. “We were not shooting enough, not getting the rebounds and Condon/Wheeler shot the ball really well.”

For their game on Friday against the Ione/Arlington Cardinals, the team had to make a lot of position adjustments due to a minor injury to Aubrey Bowlus, who is the starting point.

“This is something that every player will have to deal with on a team,” said Perkins. “I was proud of how they adjusted with a key player out of the game.”

While the Tiger girls fell 18-52 to the Cardinals on Friday, they came back with a 43-20 win over the Stanfield JV team on Saturday.

Bowlus made an impact with 24 points scored in the game.

“The little mistakes from previous games were not made, and Aubrey had a great shooting game,” said Perkins. “Everyone on the team stepped up, and the younger players also stepped up for a great defensive game.”

Going into the Union Bobcat Classic starting Dec. 19, the team will focus on playing aggressively and as a team, even when things go wrong in a game, Perkins said.

Bears 2020 vision: They could already have all they need at inside linebacker