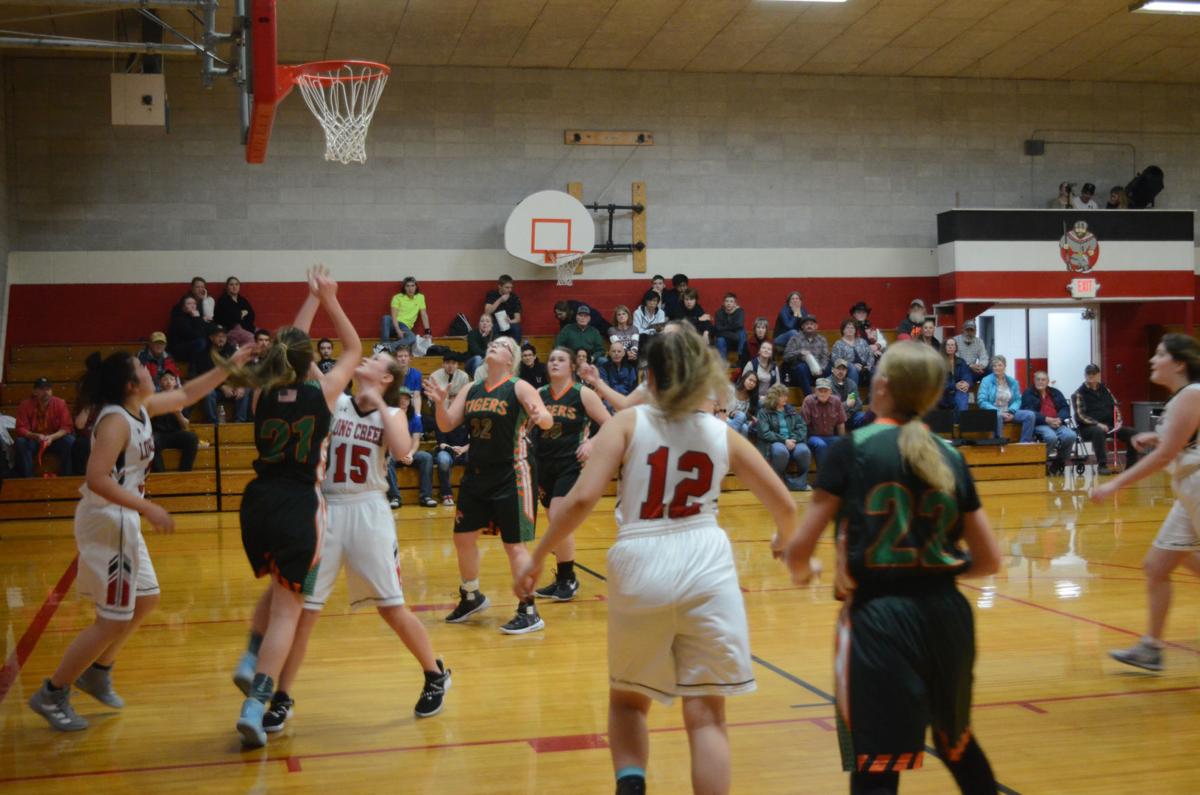 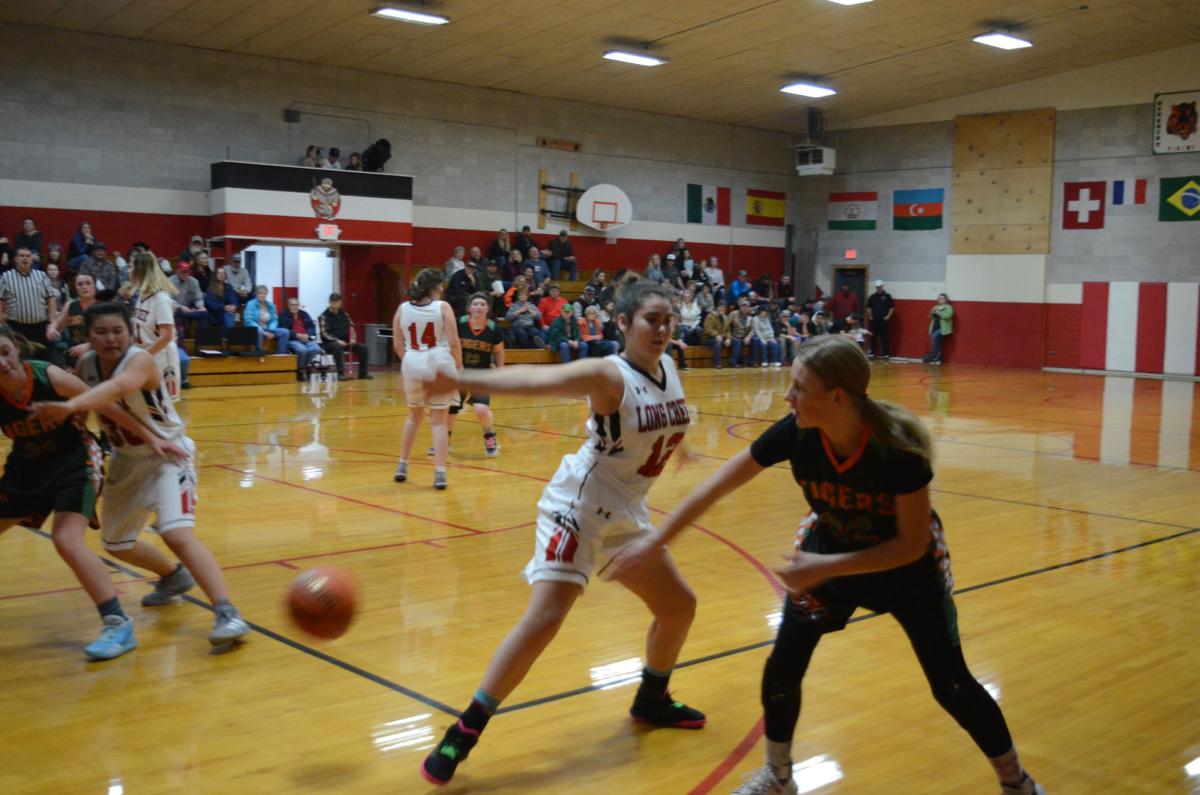 The Dayville/Monument girls basketball team got a 36-17 victory over Ukiah/Long Creek Friday.

The first half of the game was relatively close with the Tigers in the lead, 17-9.

In the second half of the game, the Tigers increased their lead while minimizing the scoring opportunities for the Ukiah/Long Creek girls. Tiger senior Denali Twehues scored a game-high 14 points, and teammate Aubrey Bowlus was not far behind with 8 points.

“We had a slow start, but we played a hard game last night so the girls were a little tired,” said Tigers head coach Cheyenne Perkins. “The team ended up waking up, and once we got up to a reasonable score, I took the starters out and put the younger girls in, and they did very well.”

Perkins was happy with the strength of the team leaders in helping the younger girls improve on the basics.

The Tigers were coming off a close non-league loss, 32-36, to Sherman on Jan. 23. The team kept Friday’s momentum heading into Saturday’s game, where the won 41-31 against Huntington, bringing their league record to 3-0 for the season.

“We are going to keep chipping away at what we need to work on and with the basics to prepare for the next games,” said Perkins. “No matter what’s going on, this team has been good at not getting frustrated at each other and keeping it together.”

The Tigers will play against Crane in Monument at 5 p.m. Jan. 31, and then against Adrian the following day in Dayville at 2 p.m.

While the Mountain Lions lost against the Tigers, the team has been working together to develop their teamwork and offensive plays.

Ukiah/Long Creek head coach Amos Studtmann highlighted the progress that the girls team is making. The team did well in their defensive plays during the game, Studtmann said, but one focus for the team will be to reduce the turnovers.

“They are starting to understand their offensive scheme and are starting to get more teamwork on defense,” Studtmann said. “We got some good blocks and good steals. We have to keep working on our strengths and try to eliminate any weaknesses.”

On Saturday, the girls faced Adrian at Ukiah and lost 21-63.

The Mountain Lions will face Four Rivers at Ukiah High School at 6 p.m. Friday, Jan. 31, and then Harper Charter the following day in Ukiah at 4:30 p.m. Mountain Time, according to OSAA’s schedule.

In ex-Husker’s case, court fight begins over whether accuser made it clear she didn’t consent to sex