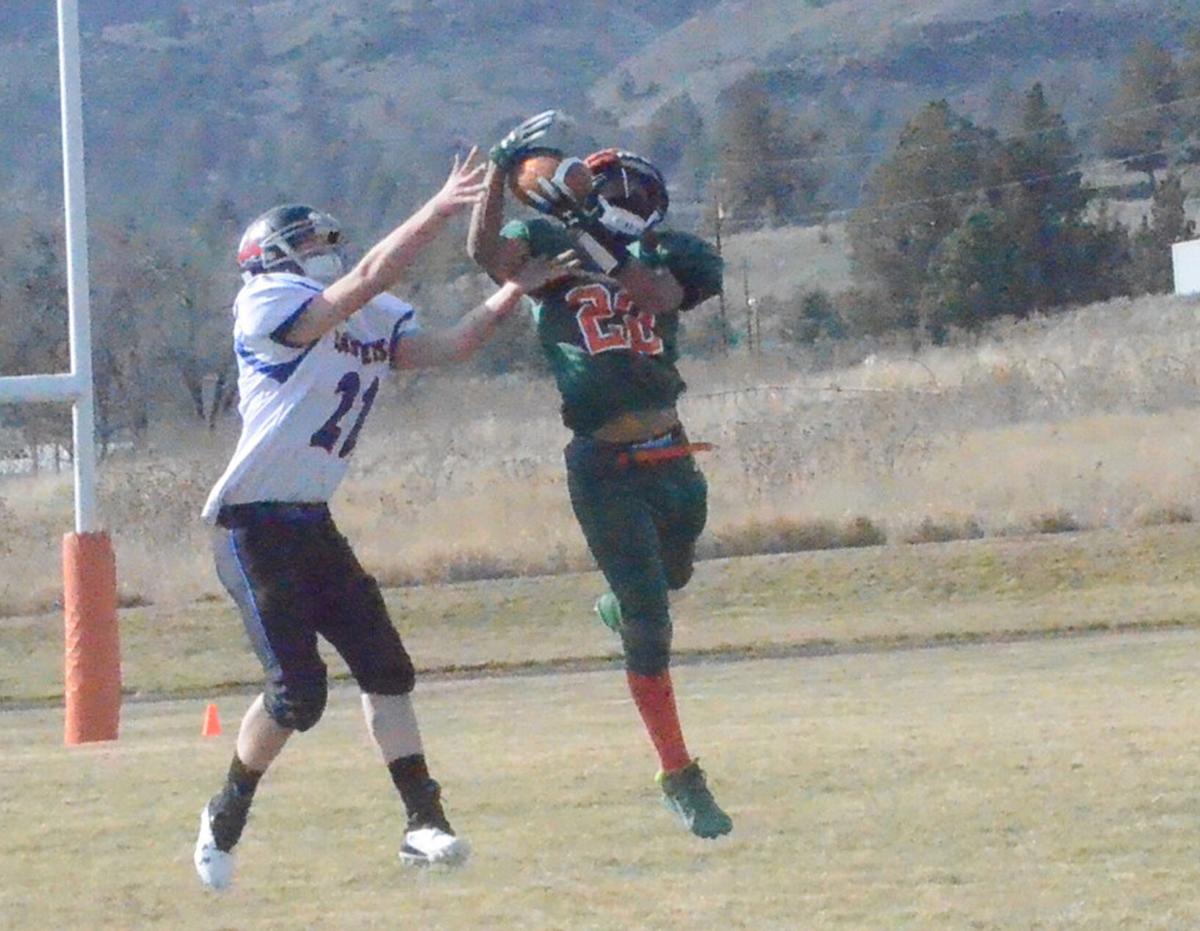 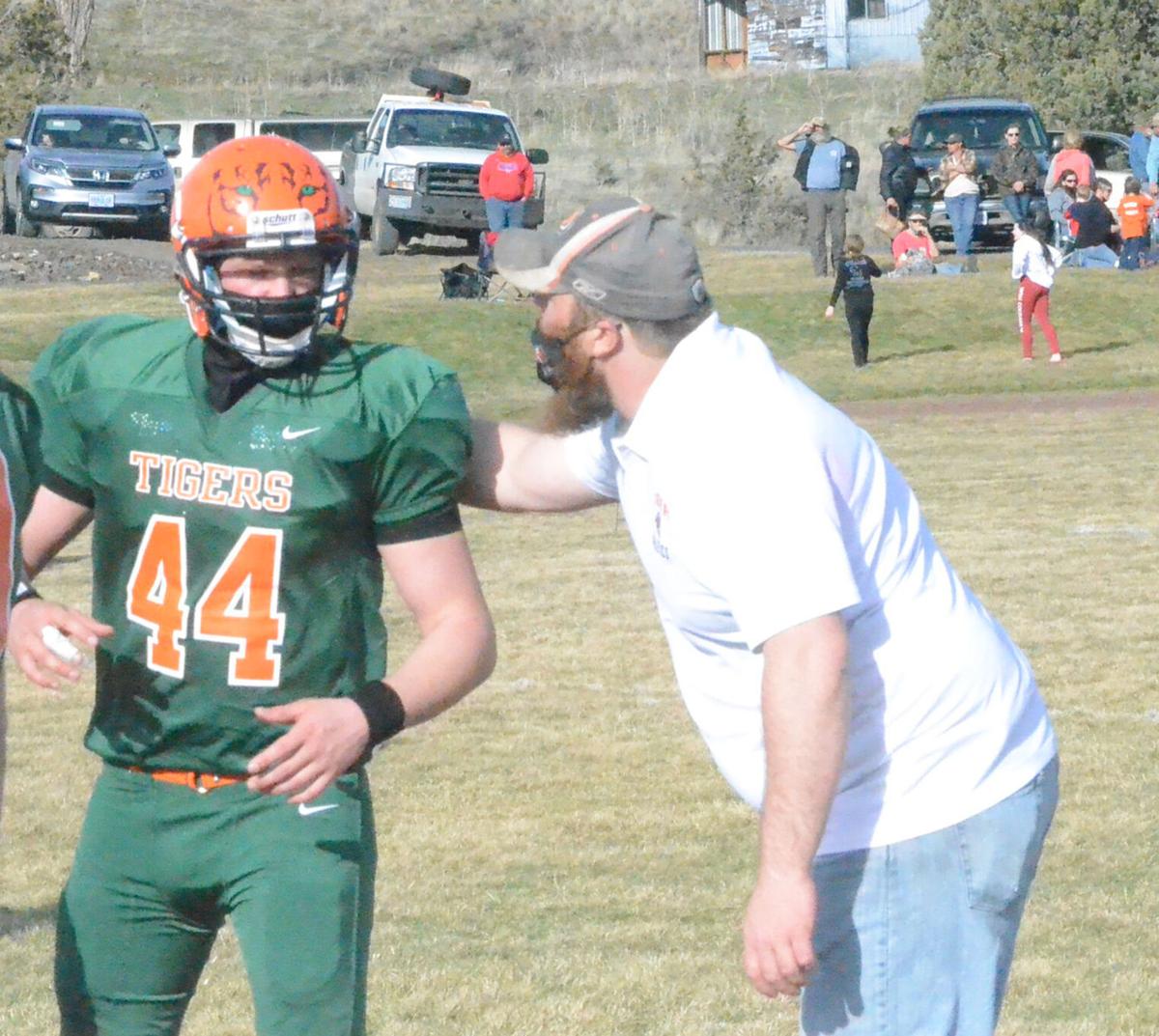 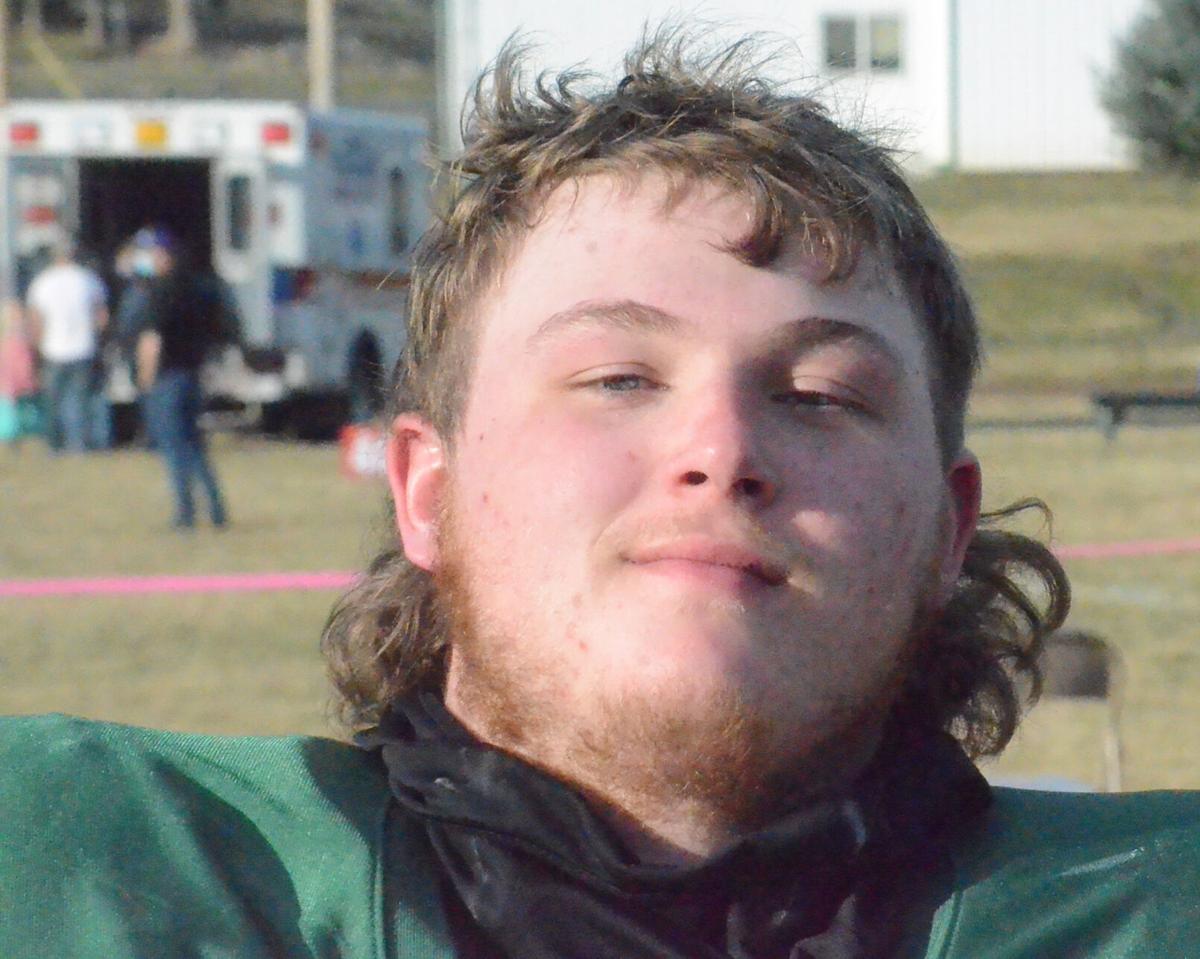 The Dayville/Monument Tigers dominated on defense Friday in their first game of a shortened spring season, as they defeated the Mitchell/Wheeler/Spay Rattlers 33-0.

"We'll be working on it practice on Monday," he said.

Hand said the team missed blocks and could not execute plays. He said the outcome would have been much different had the Tiger's defense not stepped up.

He said the Tigers' defense held the Rattler's offense to roughly 60 yards.

"When you hold any team in any football game to 60 yards, there's a good chance you're going to end up winning," he said.

Hand said another factor in the team's win is the Tigers have five returning seniors this season.

The Rattlers, with one returning senior and a roster with mostly freshmen, faced a more experienced team.

Hand said the offensive woes were understandable, given the team had just three weeks to practice before Friday's game.

"We haven't talked football since since March, when all of this (COVID-19) started happening," he said. "We're just getting football back on the mind again."

It was mostly seniors who scored the Tigers' touchdowns. Senior JT Hand put the Tigers on the board while Donavan Schafer, a senior, scored a 2-point conversion.

Senior Mark Thomas caught a hail-Mary pass that put the Tigers on the Rattler's 20-yard-line, then, a couple of downs later ran the ball to the endzone on a handoff.

Thomas got into the act on the defensive end when he ran back a Rattler's fumble for a 20-yard touchdown.

JT said the team will need to "focus" and "execute" much better than they did Friday as they prepare for their game against Joseph next week.

JT said for him and the other seniors, just getting the opportunity to play together meant alot to the team.

"We're so thankful to be able to have a season," he said. "A lot of us, to be honest, were not counting on it. So, to be able to be out here today means everything."

Next up: Joseph will host the Tigers March 12 at 4p.m. at the Joseph Charter School.

Editors note: Be sure to check back for story updates at myeaglenews.com

The Wildcast, Episode 330: Tommy Lloyd takes over as head coach of the Arizona Wildcats