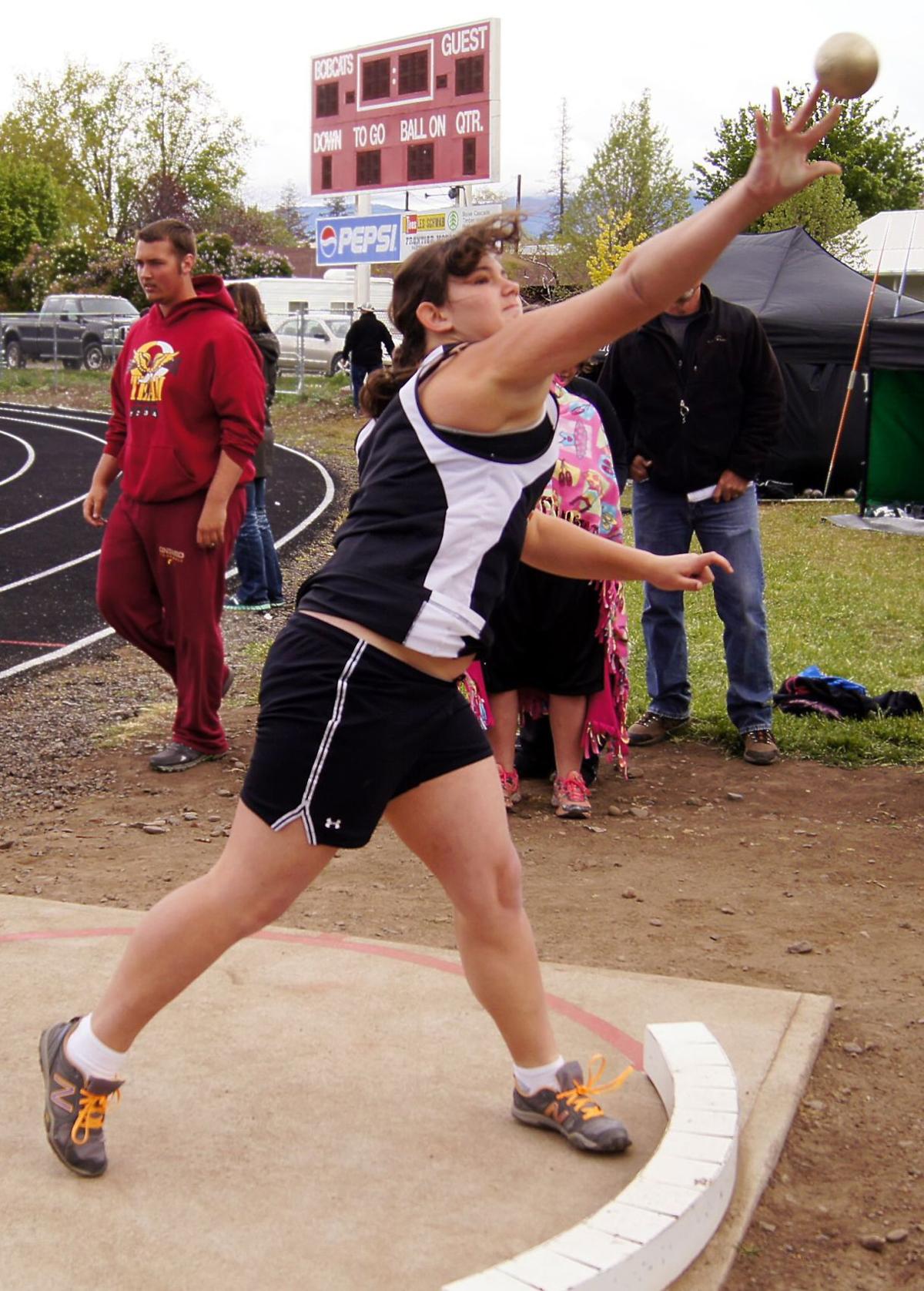 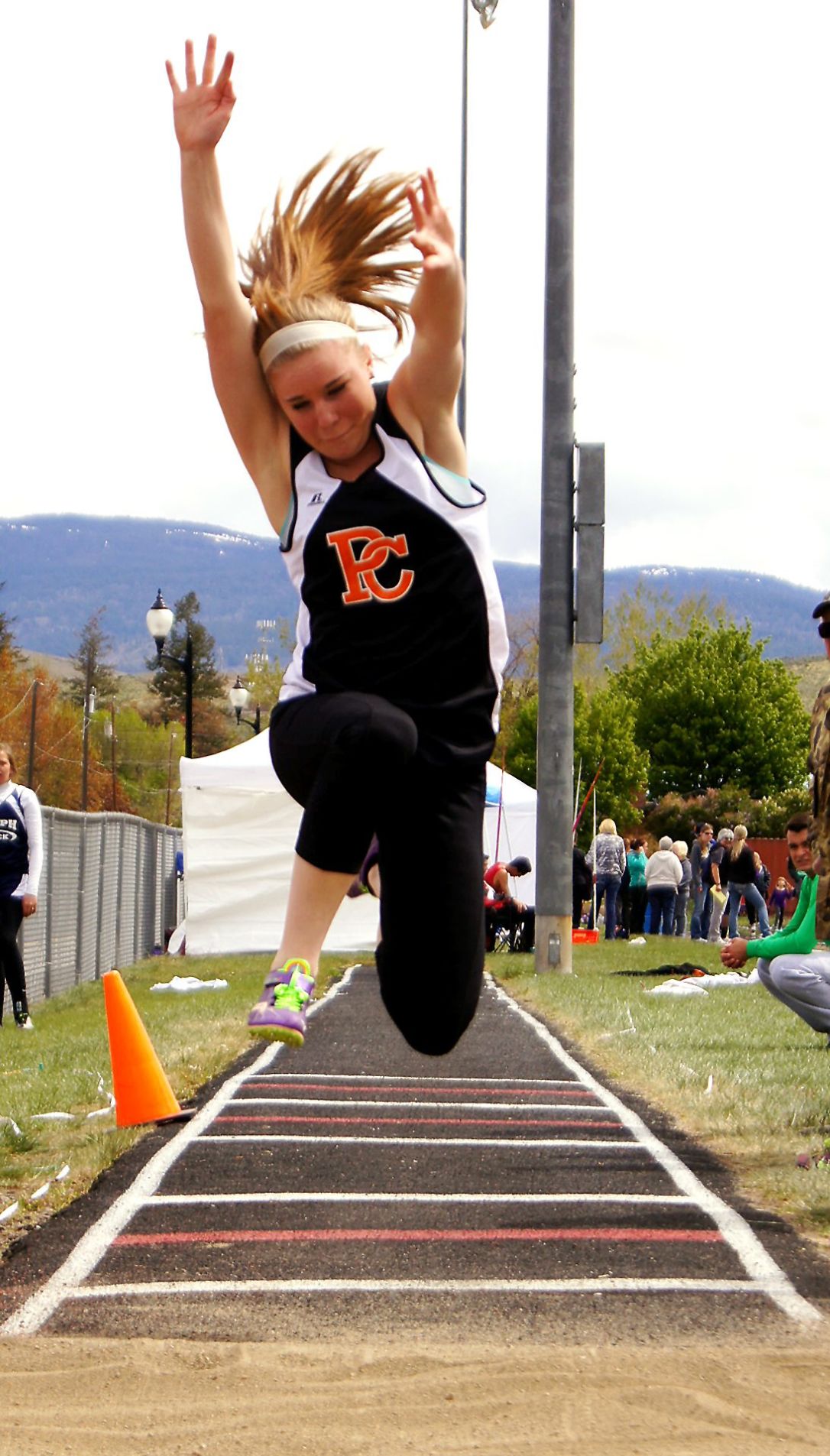 Amaya Zweygardt competes in the triple jump at the Pepsi Invite. 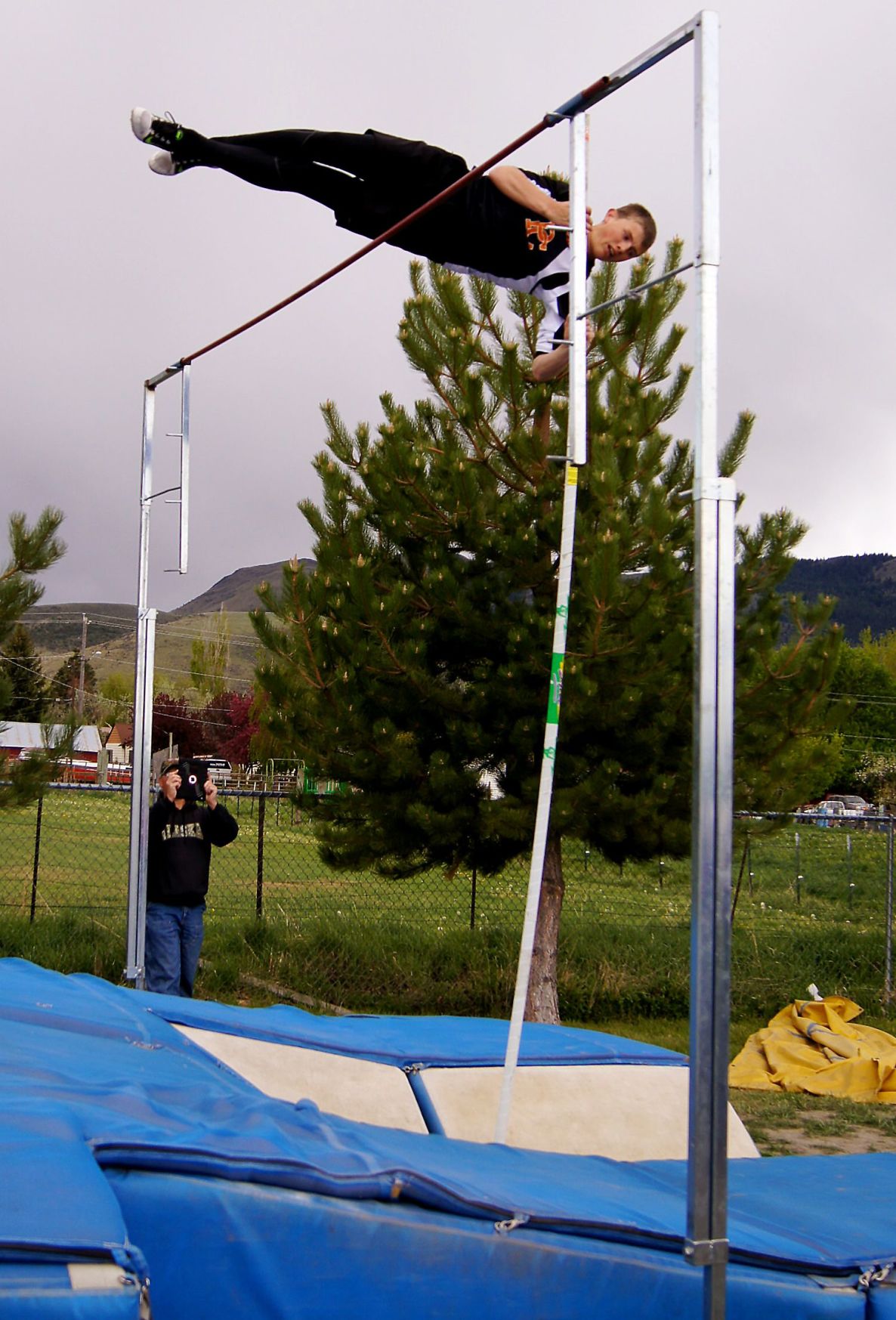 Prairie City's Garrett Hitz vaults to break the school's record at last Saturday's Pepsi Invitational in Union at a height of 12-7. 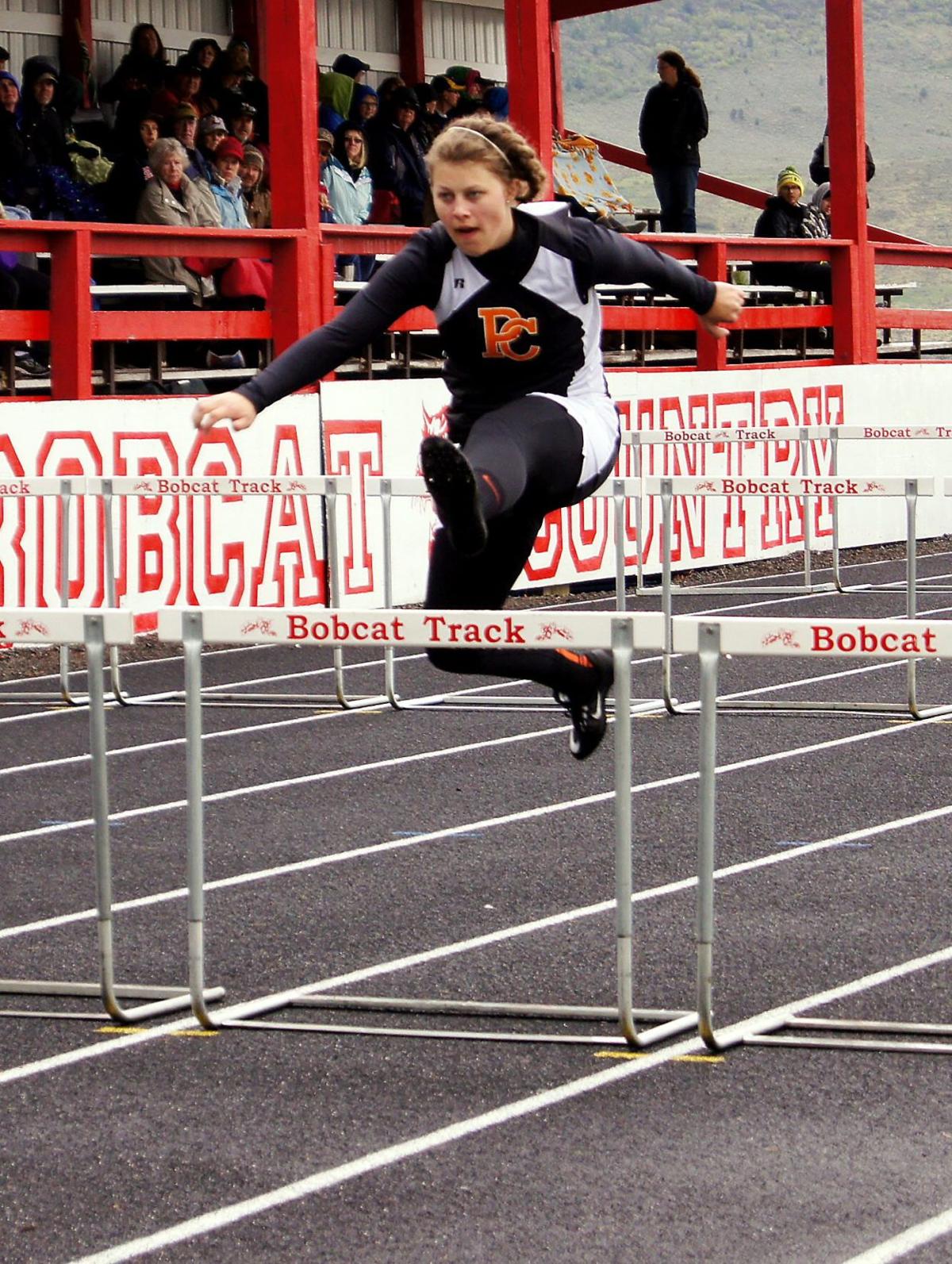 Amaya Zweygardt competes in the triple jump at the Pepsi Invite.

Prairie City's Garrett Hitz vaults to break the school's record at last Saturday's Pepsi Invitational in Union at a height of 12-7.

Hitz, a junior, broke the school’s 40-year pole vault record at the Pepsi Invitational in Union, reaching a height of 12-7 1/2.

The record was previously held by Andy Anderson who reached the 12-6 mark in 1975.

Prairie City head coach Joe Weymouth said that while this was a goal Hitz had set, the athlete has even higher achievements in mind.

“He’s not finished for the year,” Weymouth said. “He’s still working hard – that’s what he does.”

Weymouth said that Hitz’ ultimate goal is to eventually beat the state 1A track record for pole vault, which is 14-1 1/2.

“He has a pretty good shot,” Weymouth said, adding that Hitz also has another year in high school to improve.

Hitz is gearing up for an international Down Under Sports track and field event in Australia in July.

Weymouth added that another highlight from Union was senior Michel Hitz reaching a personal record in javelin with a throw of 91-7.00.

In Heppner, Alvaro Lopez placed third in the 1,500-meter run.

She noted that Union was a large meet for them, but both Cabral and Park had personal bests in discus and shot put, and Bow had a personal record in the long jump.

Jozie Rude had a good day, placing first in shot put and javelin.

Kenzie Wilson placed second in the triple jump and fourth in long jump.

On the boys’ side, Michael Ashmead finished first in the long jump with a mark of 19-5 1/2 and is seeded second in the district.

“We have senior recognition, and recognition of our new track,” she said.

The meet starts at 10 a.m. with field events, followed by running events at 12 noon.

Prairie City, Dayville, Long Creek and Monument teams will compete, and 11 other schools have been invited.