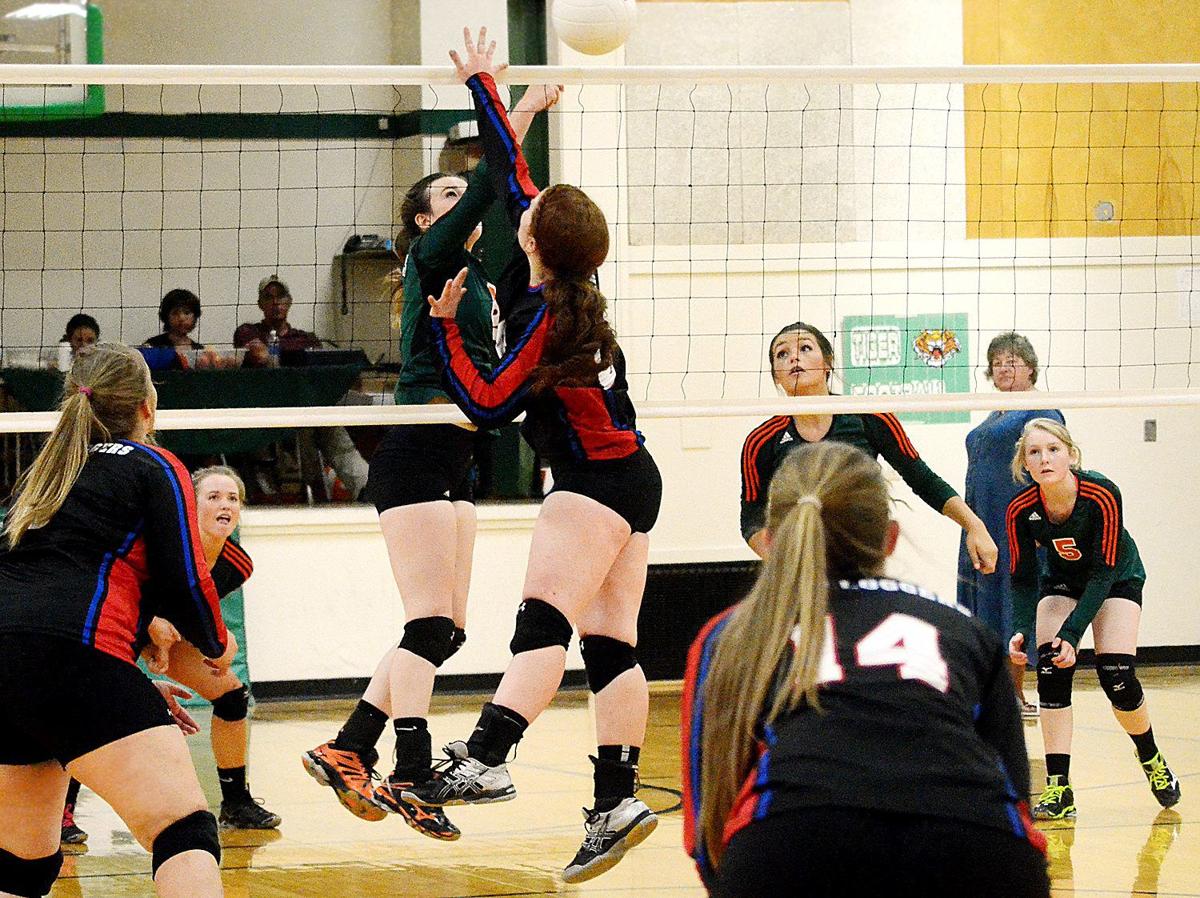 Dayville/Monument Tiger Mary Yankee bats the volleyball past Mitchell/Spray at the Sept. 9 games in Monument. Her teammates on the court are Kendall Hettinga, Treiquella Osborne and Cody Perkins. Mitchell/Spray players from left are: Miranda Holt, Dori Ordway and Sara Tolton. 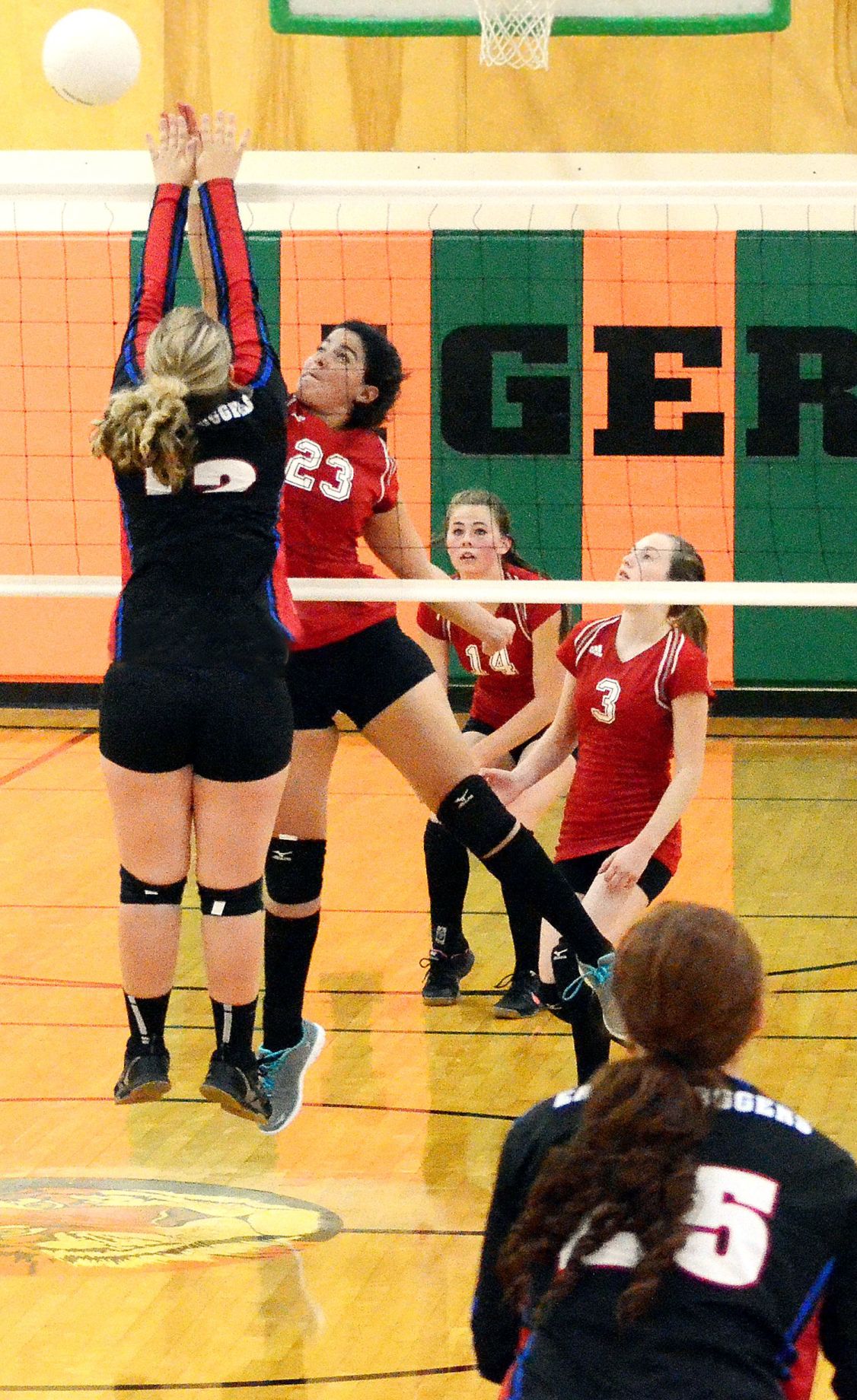 Dayville/Monument Tiger Mary Yankee bats the volleyball past Mitchell/Spray at the Sept. 9 games in Monument. Her teammates on the court are Kendall Hettinga, Treiquella Osborne and Cody Perkins. Mitchell/Spray players from left are: Miranda Holt, Dori Ordway and Sara Tolton.

For Dayville/Monument, the tourney offered the first of several matches played in week with three destinations on the team’s packed schedule.

It also was the first time Long Creek and Ukiah players had been able to get together for volleyball, but the team showed steady improvement as the tournament progressed.

Mitchell/Spray tried to give the Tigers a run for their money in the final match, which stretched out to four sets, but Dayville/Monument held on for the win.

She highlighted Treiquella Osborne, who had 20 kills in the final match, and Mary Yankee, who had 8. The setter, Skylar Powell, had 12 assists.

“It was great – she set really well and was a key server for the match, as was Mary Yankee.”

Wright noted that Powell scored 12 of 25 points in the final game, after 14 in the second.

“Everyone started coming together,” she said. “It took a while to get our rhythm, but when they did the girls fell into their roles naturally.”

The Tigers continued their week with more games.

“Again, we had consistent serving from Skylar in that match,” she said.

Saturday’s game at the Sherman County Tournament in Aurora allowed the Tigers to gain more experience with a couple wins over 2A teams.

They lost two sets to Lyle, and Lyle lost to Dufur, which took the championship.

“It was a great weekend of volleyball,” Wright said. “We played a lot and got a lot of experience for our younger kids.”

She said she hopes to have a full, healthy squad this weekend.

“I think it was important for us to see teams that we don’t normally play,” she said. “Playing 2A teams like Stanfield helps us improve.”

The Tigers host the Burnt River Bulls in Dayville at 4 p.m. Friday and travel to Pilot Rock Saturday for a 1 p.m. game with Echo.

How former Arizona Wildcats fared in the NBA on Monday night