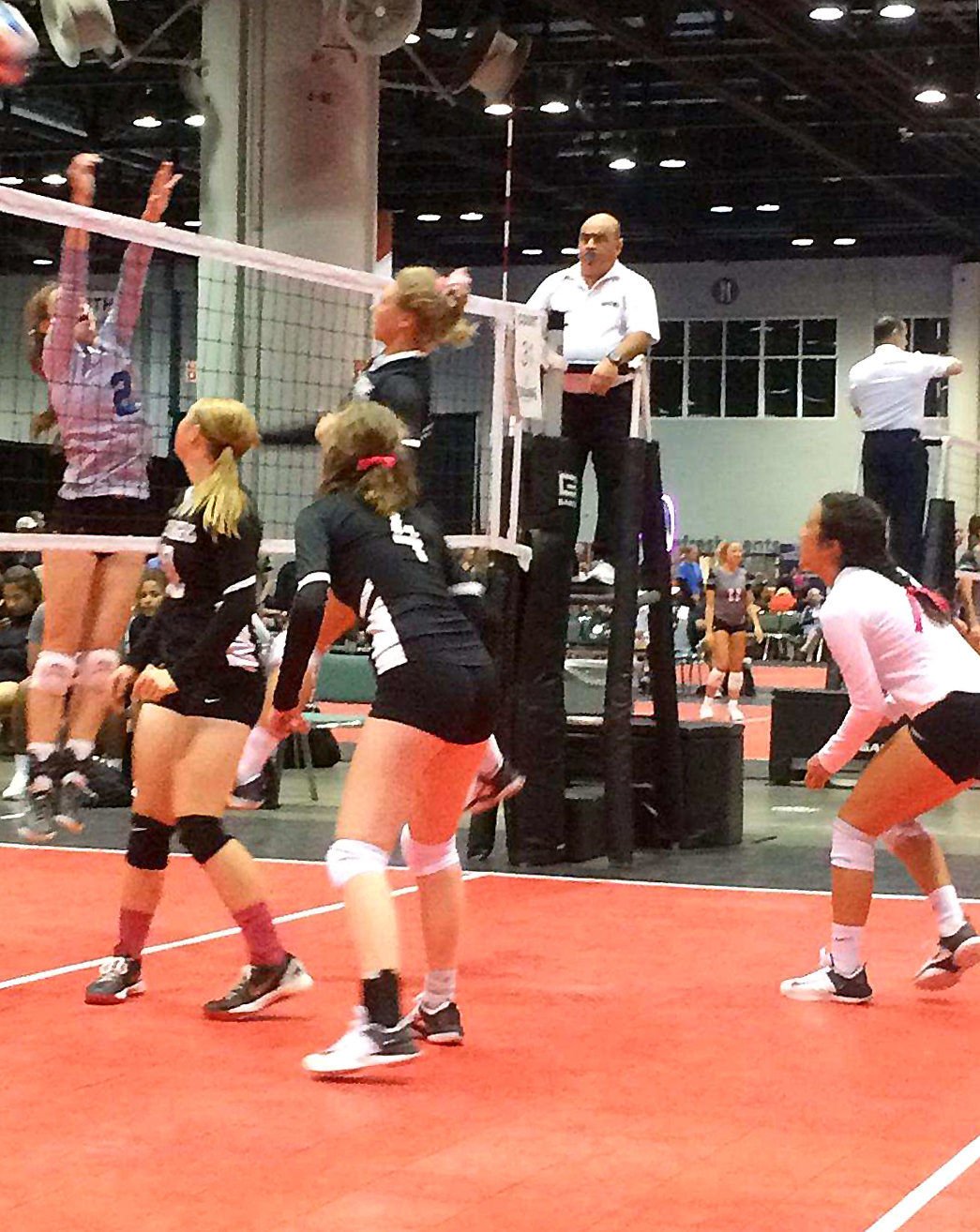 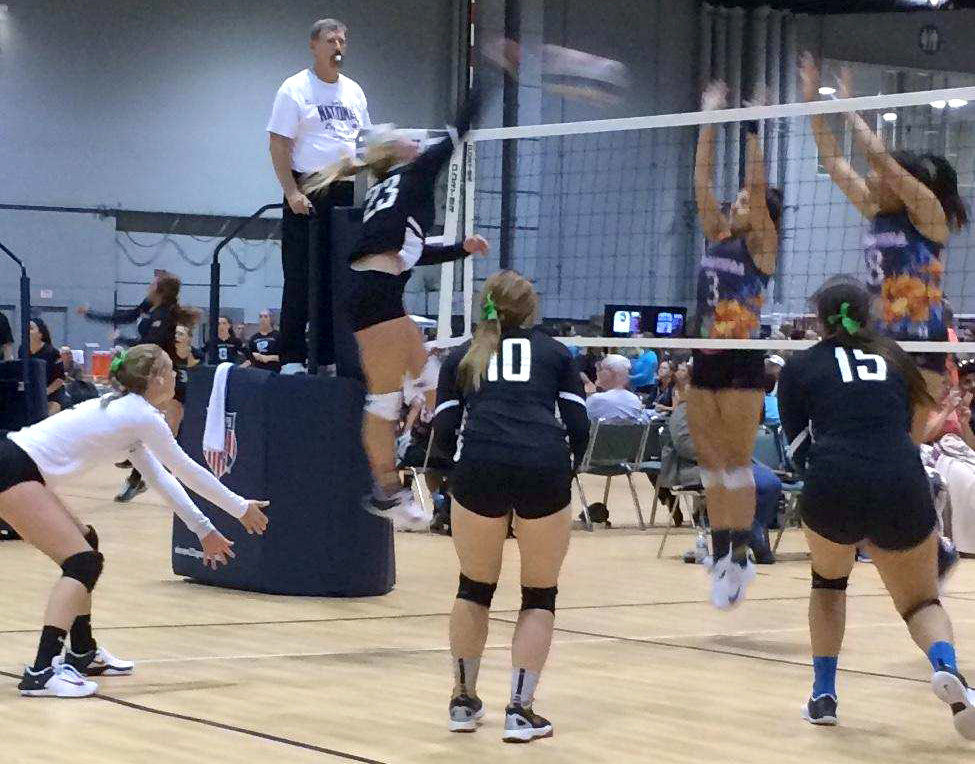 The Gold Diggers compete at the National AAU tournament in Orlando, Florida. 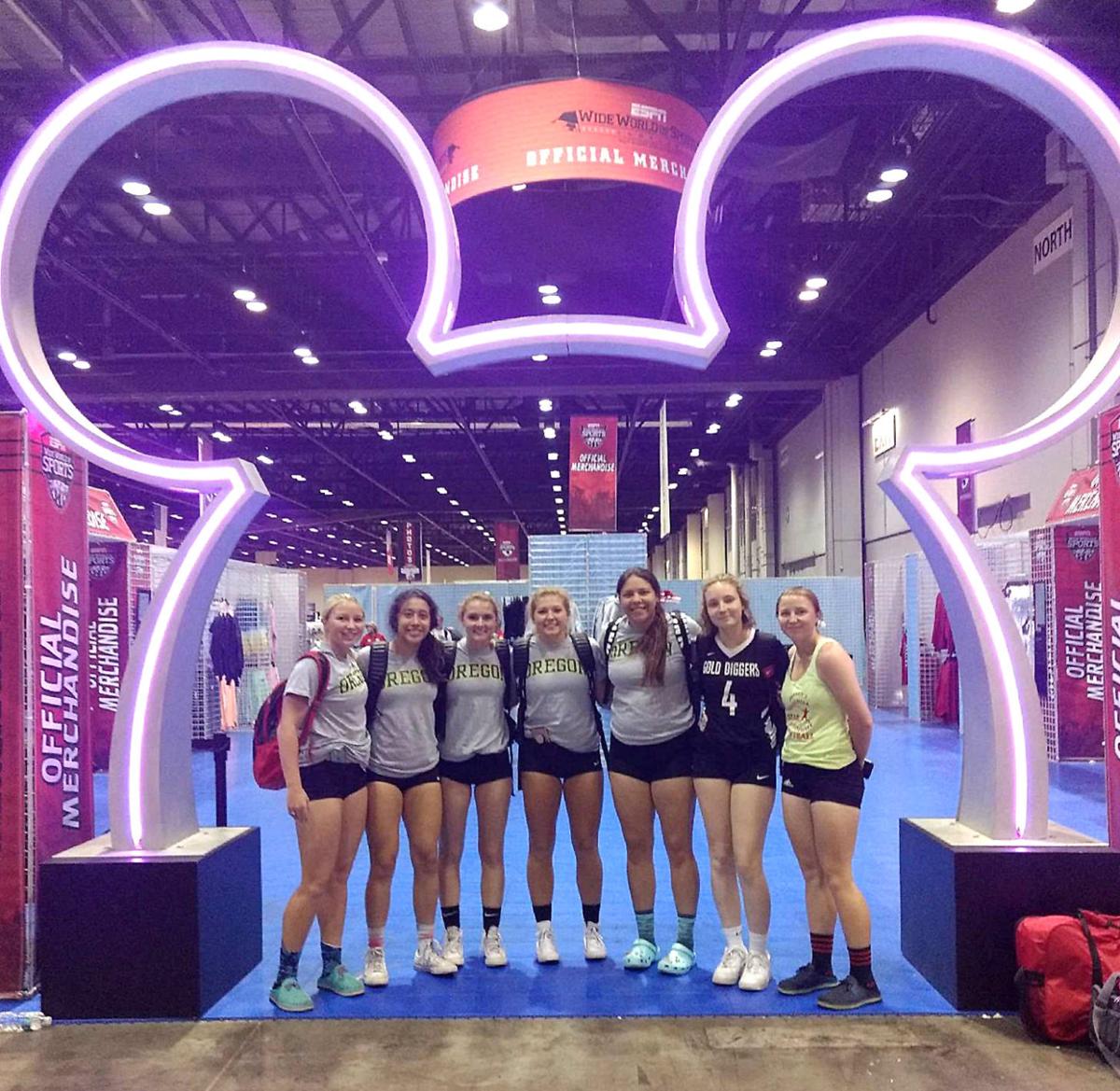 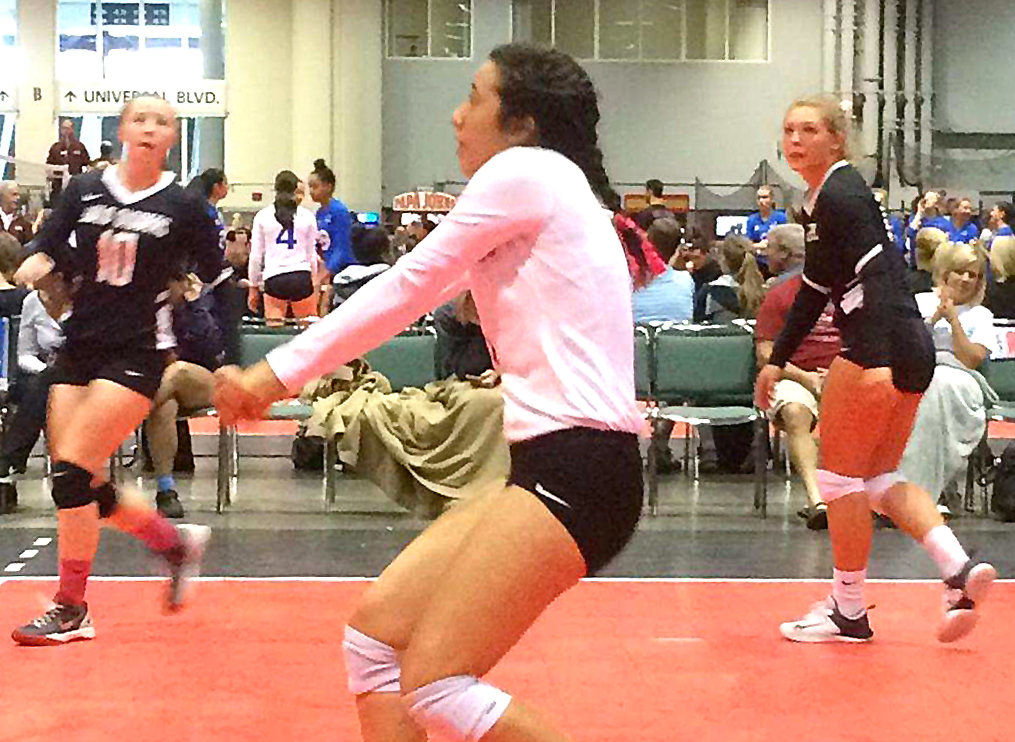 Alcie Moore returns the ball, her teammates Hailie Wright, left, and Mariah Moulton in back.

The Gold Diggers compete at the National AAU tournament in Orlando, Florida.

Alcie Moore returns the ball, her teammates Hailie Wright, left, and Mariah Moulton in back.

It was the journey of a lifetime for the Gold Diggers AAU volleyball team, who competed at the June 25-28 AAU Junior Girls National Volleyball Championships in Orlando, Florida.

“It was a brand new experience for the girls,” said Kristi Moore, who coached the 18U Gold Digger team.

Held at the ESPN Wide World of Sports complex, the tournament had over 80 courts in just one portion of the convention center.

“It was kind of crazy,” said team member McKeely Miller. “I wasn’t expecting so many teams.”

Two girls on the team of seven had never flown before, and none had previously visited Florida.

The Gold Diggers won the June 8-9 regional tournament, the RIVAL AZ Championships, in Lake Havasu, Arizona, to qualify for the national championships.

At the Florida competition, the team was pushed to new heights.

“They had to make a lot of adjustments with size of the court and speed of the game as well as the size of the competition,” Moore said. “They adjusted well, though, and got to witness ways that international volleyball speeds the game up.”

The biggest change was having 6 feet of service space, when they are used to having more space for the jump serve.

Some differences in the game gave them greater flexibility, while other rules were more strict.

She said because they were playing in the 18U division, most of their opponents had already graduated from high school.

The other teams had also been practicing and competing together since last fall, while the Gold Diggers teammates have been involved in other sports, including basketball, track, softball and golf.

“It was a good insight into a higher level of volleyball play,” Moore said.

Miller said one of the greatest difficulties was facing taller teams.

“We have tall teams over here, but we don’t play them often,” she said. “Trying to get through the block was a challenge.”

She said although the teams they faced were tough, it was a benefit because it forced them to be more strategic.

“It definitely made me a better player,” she said. “It was a really good experience to go and play as hard as we could. It was a fun trip.”

The girls had three days of pool play, and the girls improved every day, Moore said.

“By day four, our team worked together, communicated and showed their athleticism,” she said.

They won their first match on the final day.

While the competition was their main focus, the trip also gave the seven Grant County girls and their coach an opportunity to sightsee, including visits to Gatorland and Cocoa Beach.

Now that the trip is over, the team will be fundraising for the rest of the summer.

“The girls have already been talking about returning next year, but we will see,” Moore said.