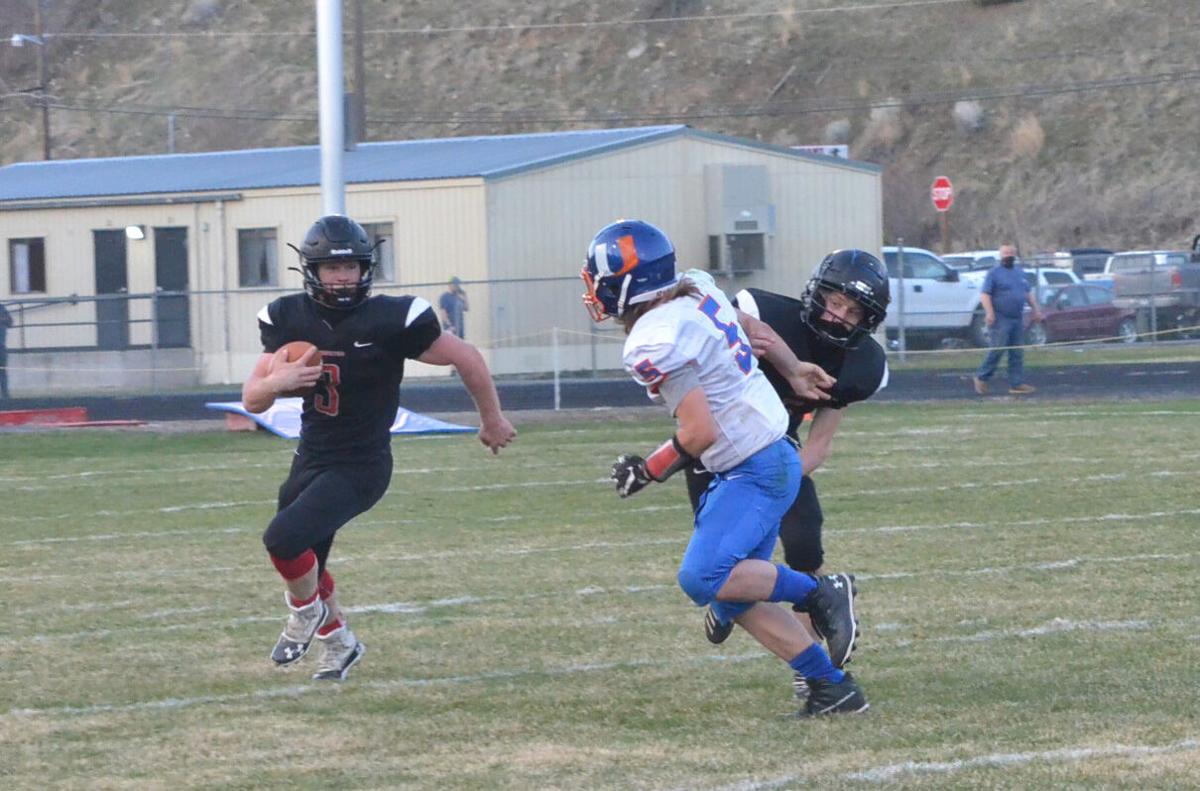 Seniror Devon Stokes rushes for a first down Thursday.

Seniror Devon Stokes rushes for a first down Thursday.

It was a dog fight until the end in the Grant Union football team's final home game of the season Thursday, but the Prospectors turned up the heat in the last two minutes to put down Umatilla 34-28.

Senior Jordan Hall put Grant Union on the board in the first quarter, catching a touchdown pass from senior quarterback Devon Stokes.

"I went all in for the seniors tonight," Hodge said. "I just wanted to be there for them."