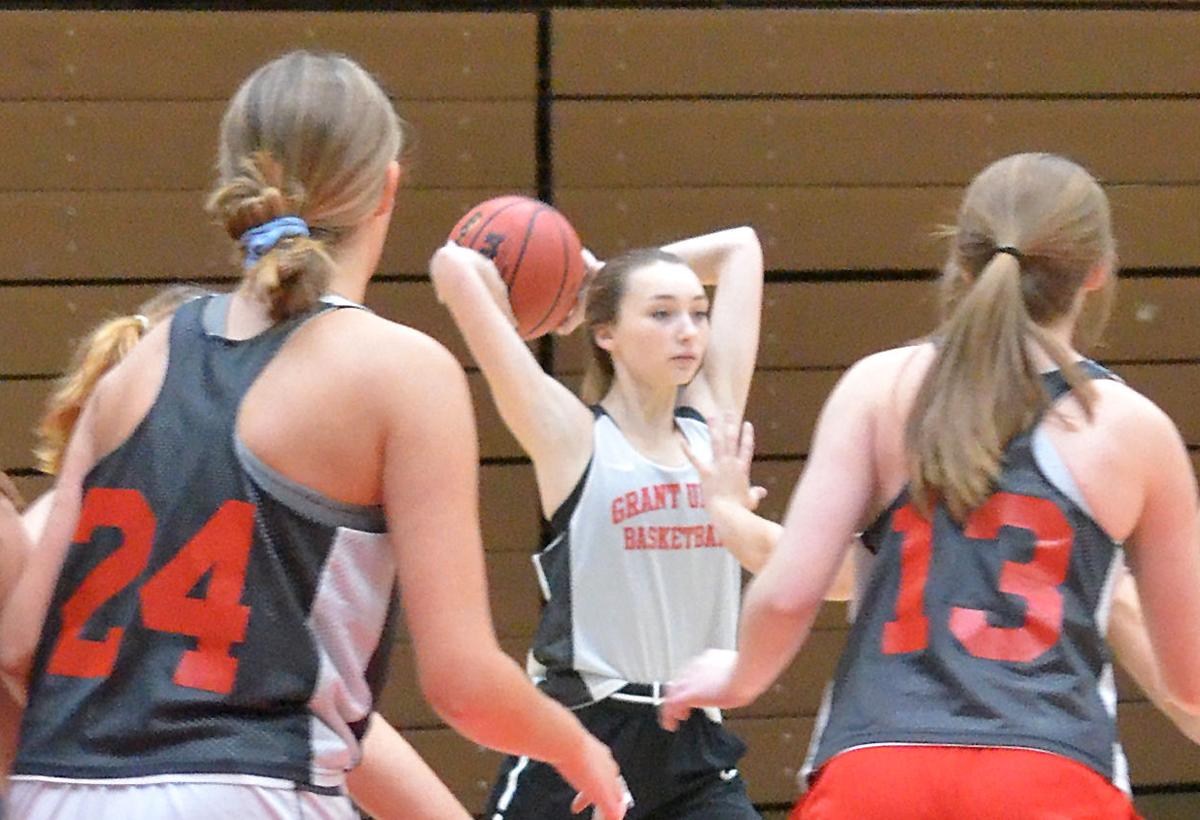 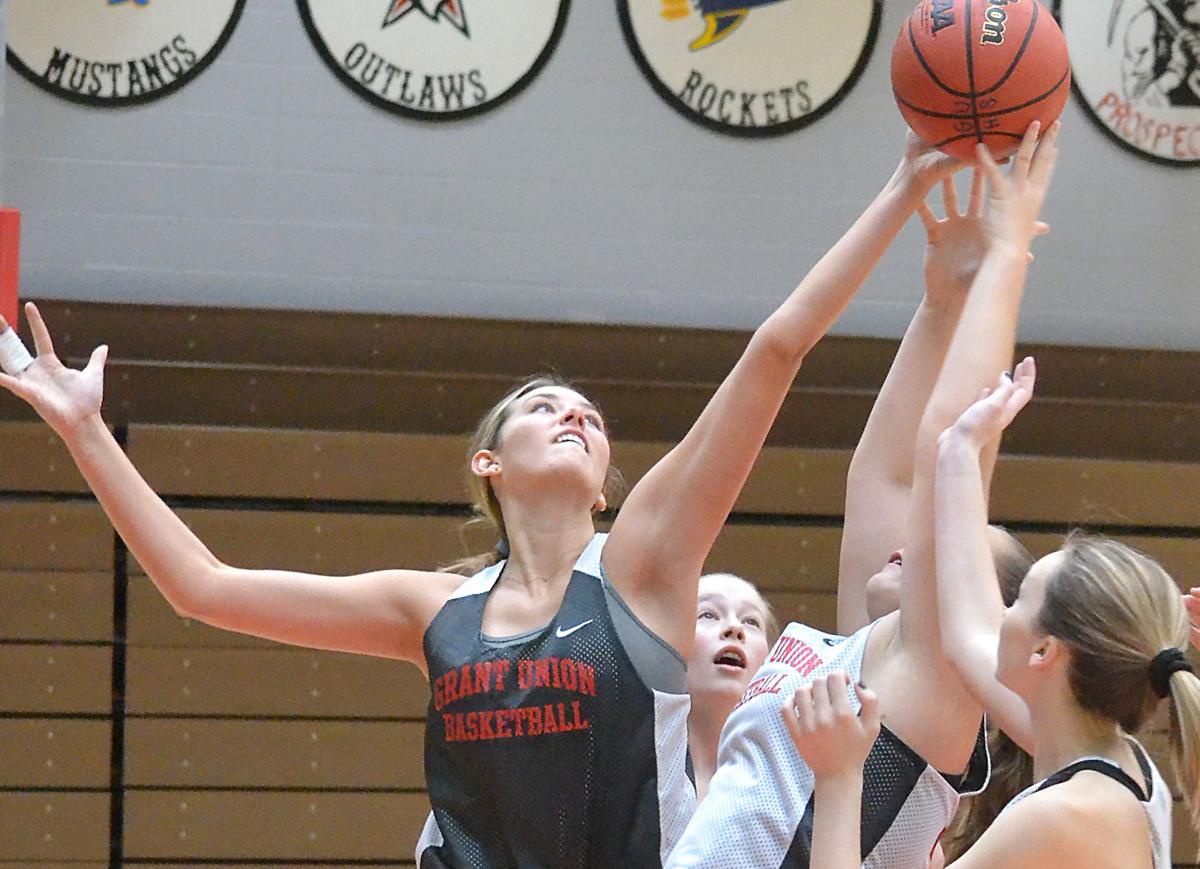 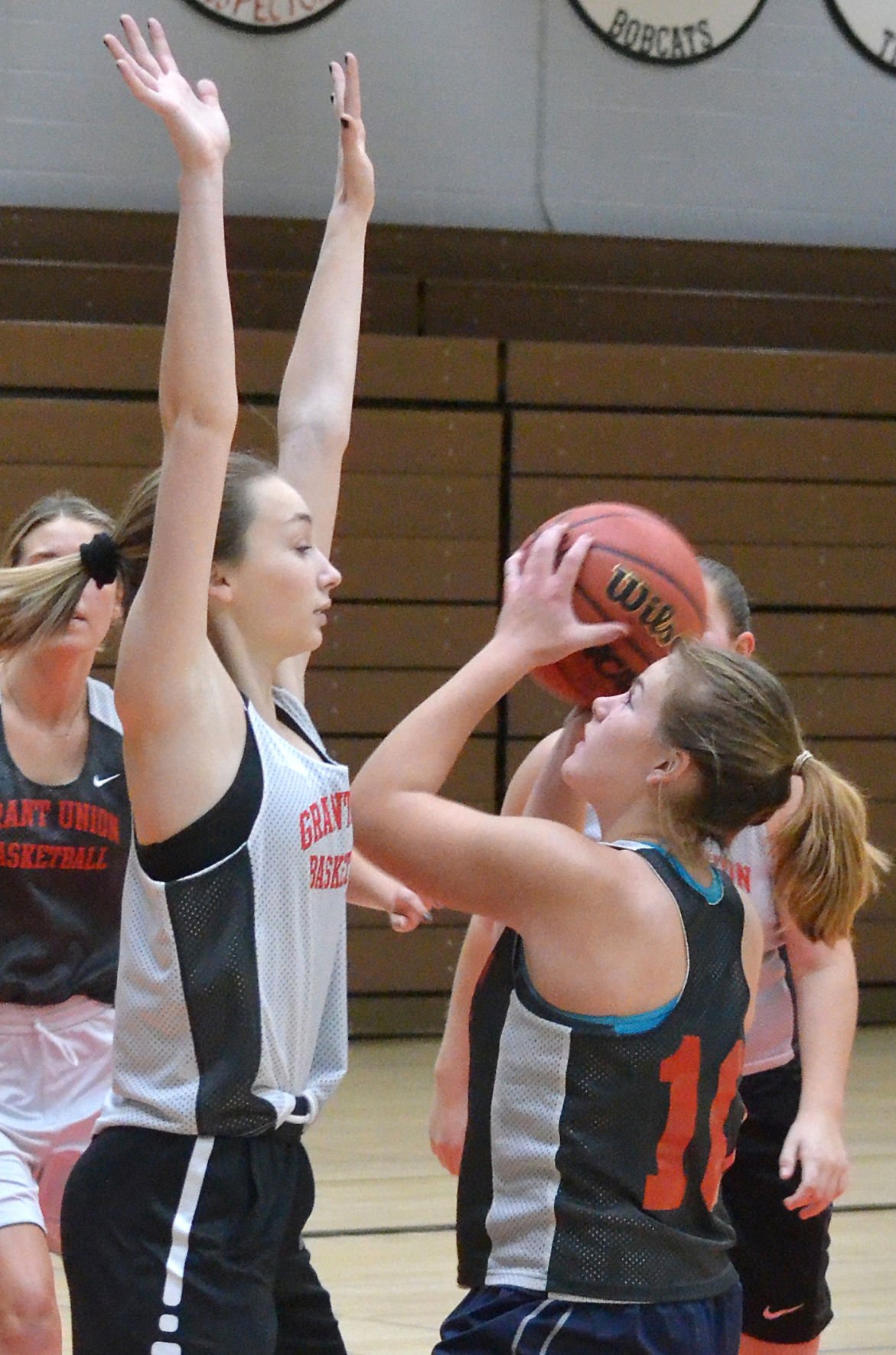 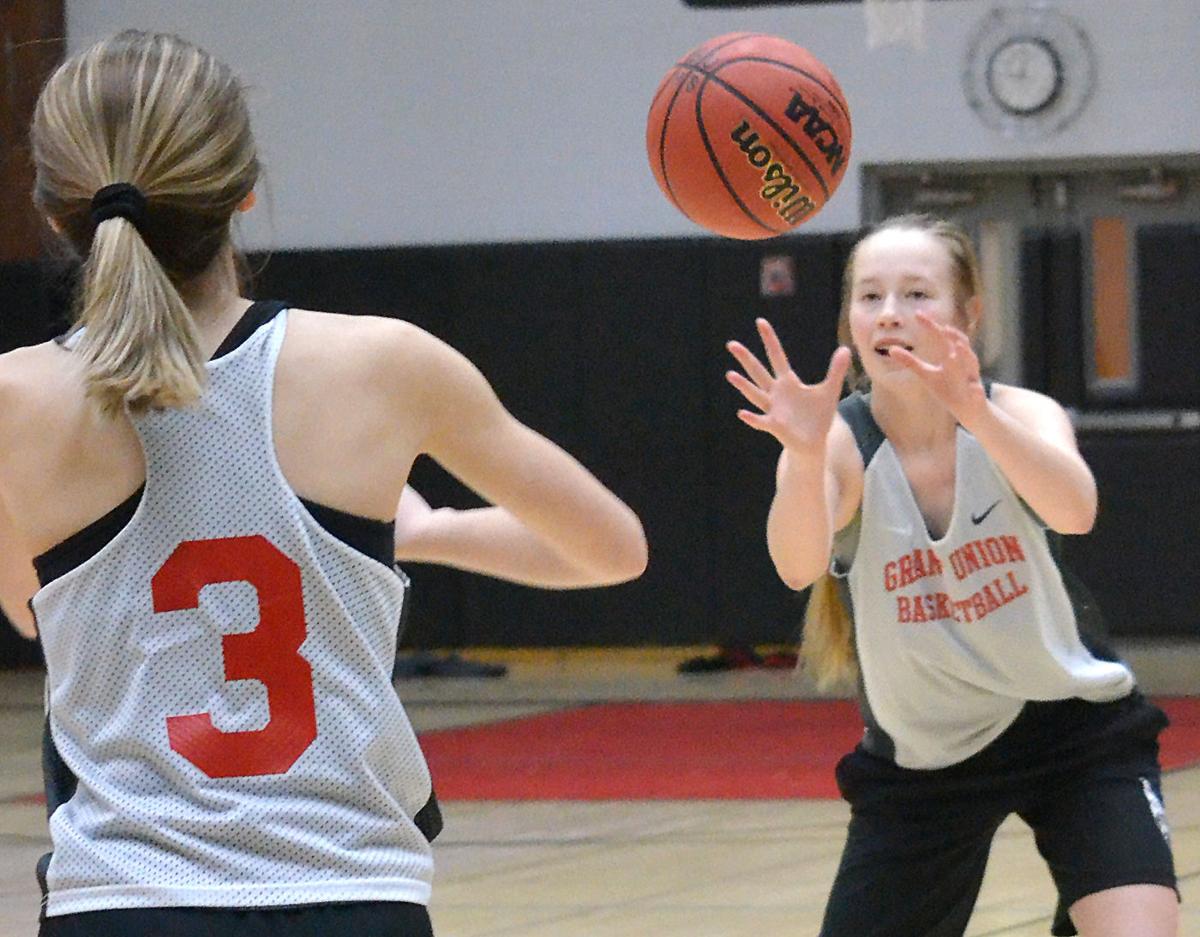 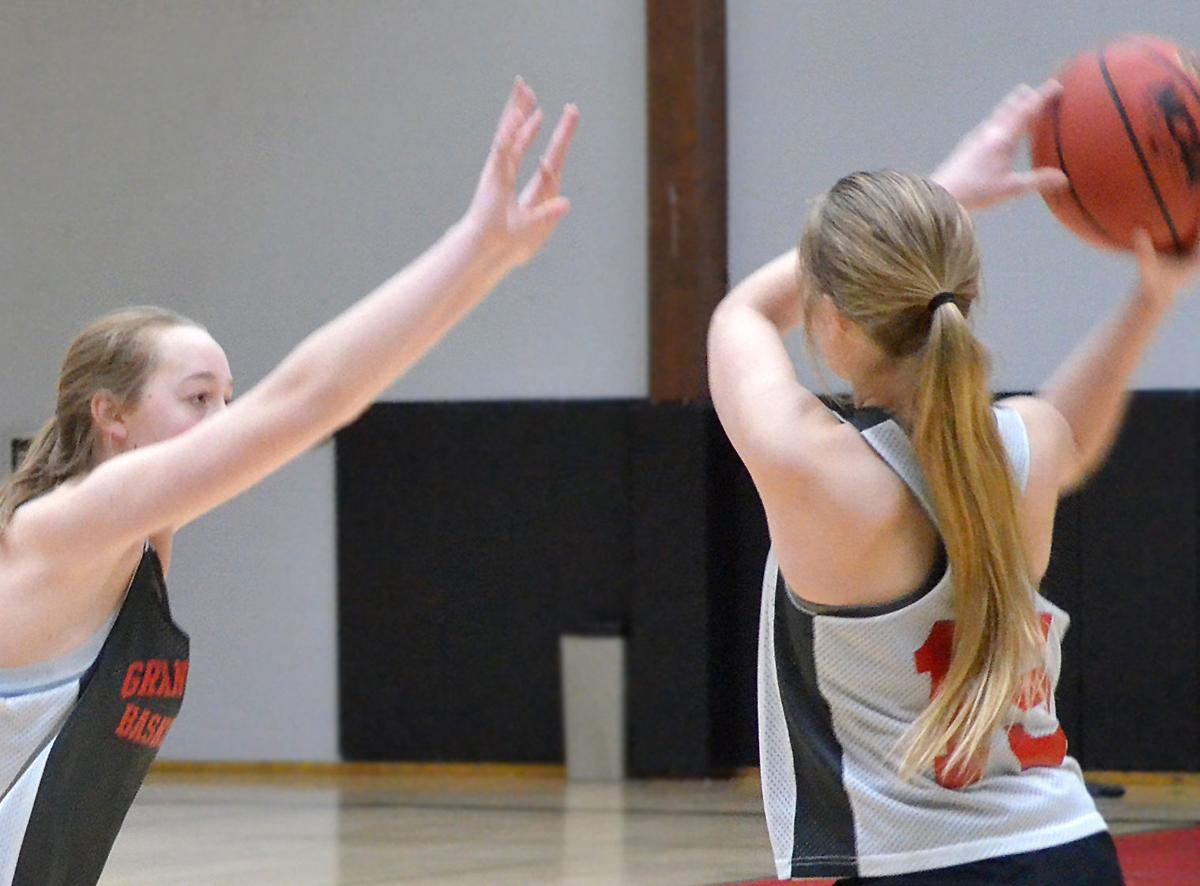 Grant Union Prospector Grace Taylor has her arms up on defense as Paige Gerry looks to pass in practice. 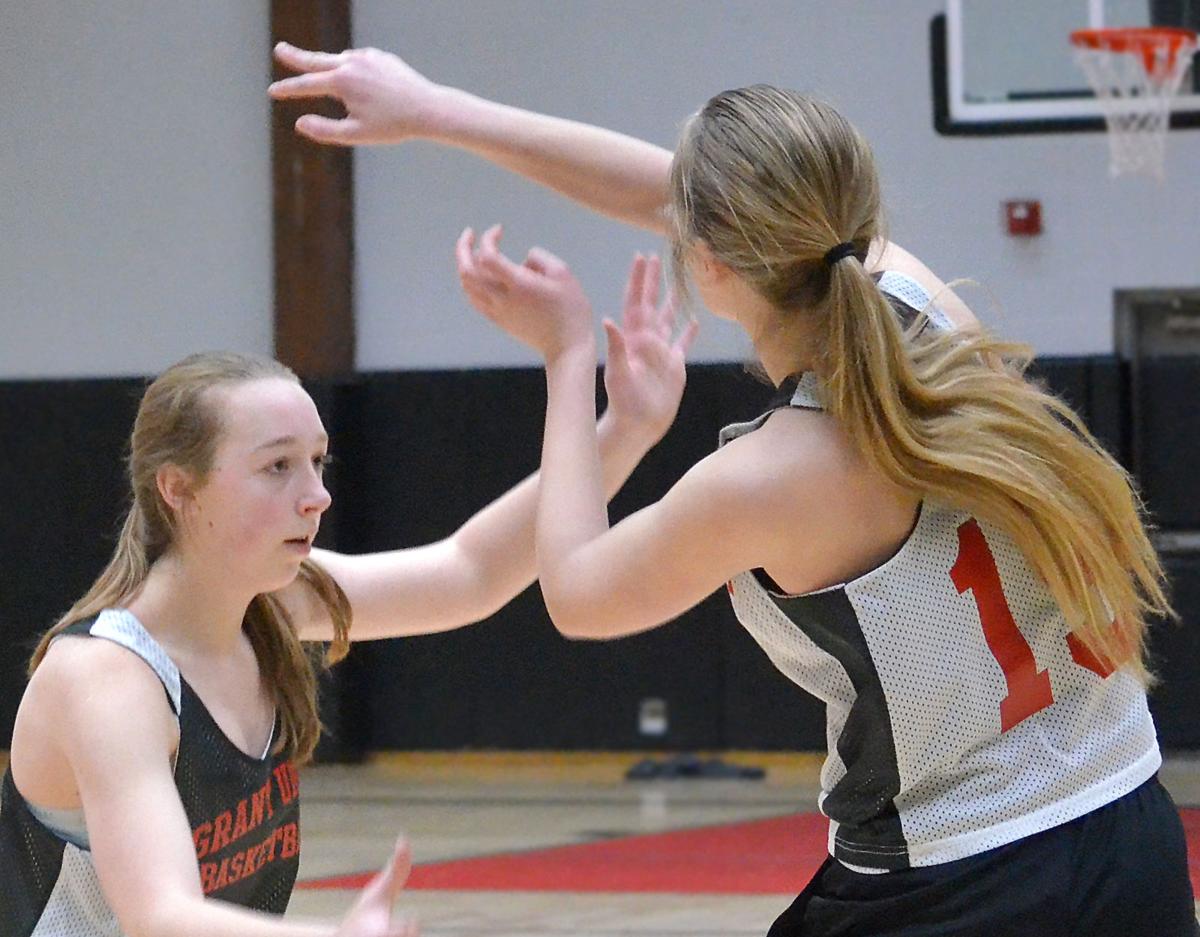 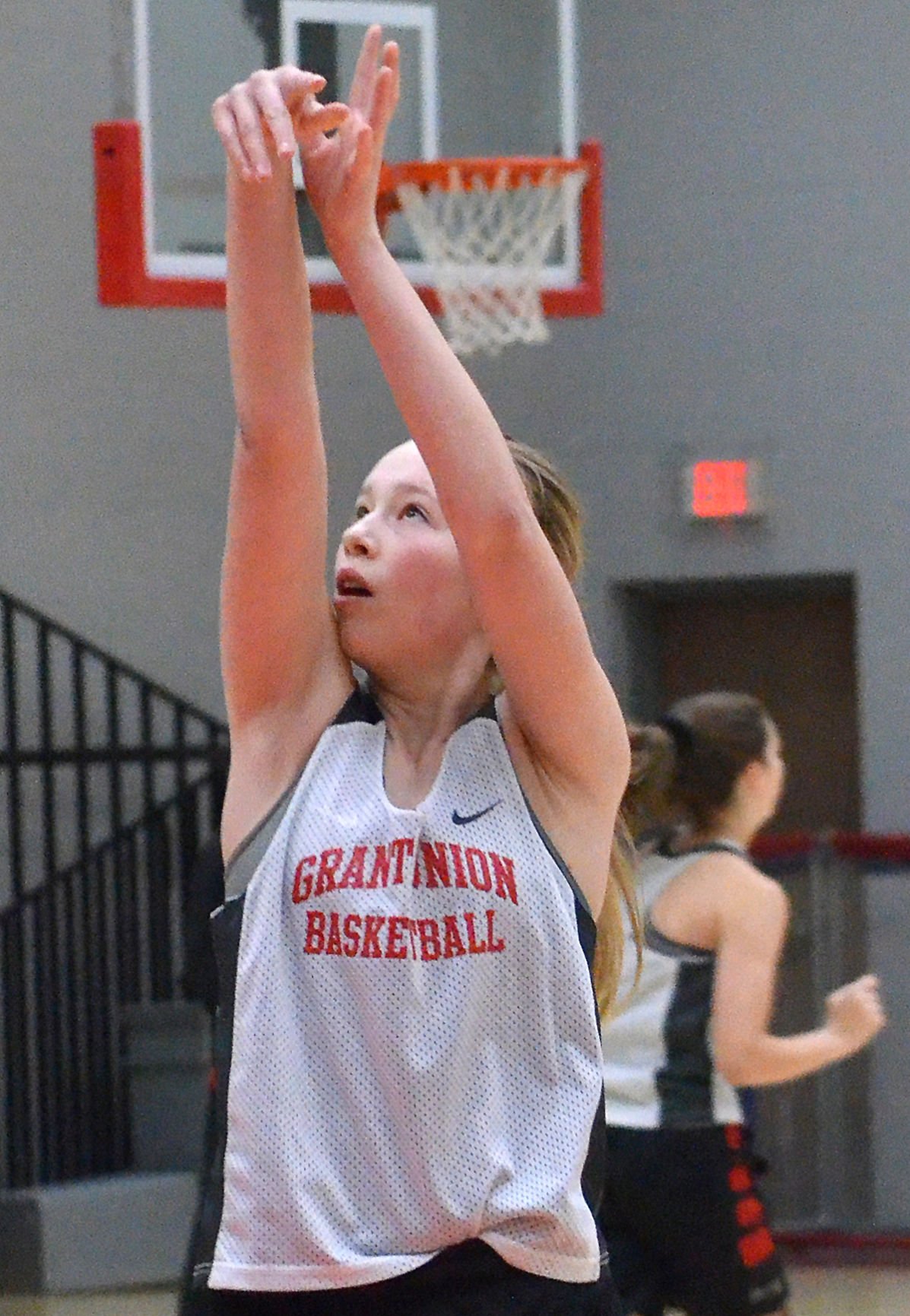 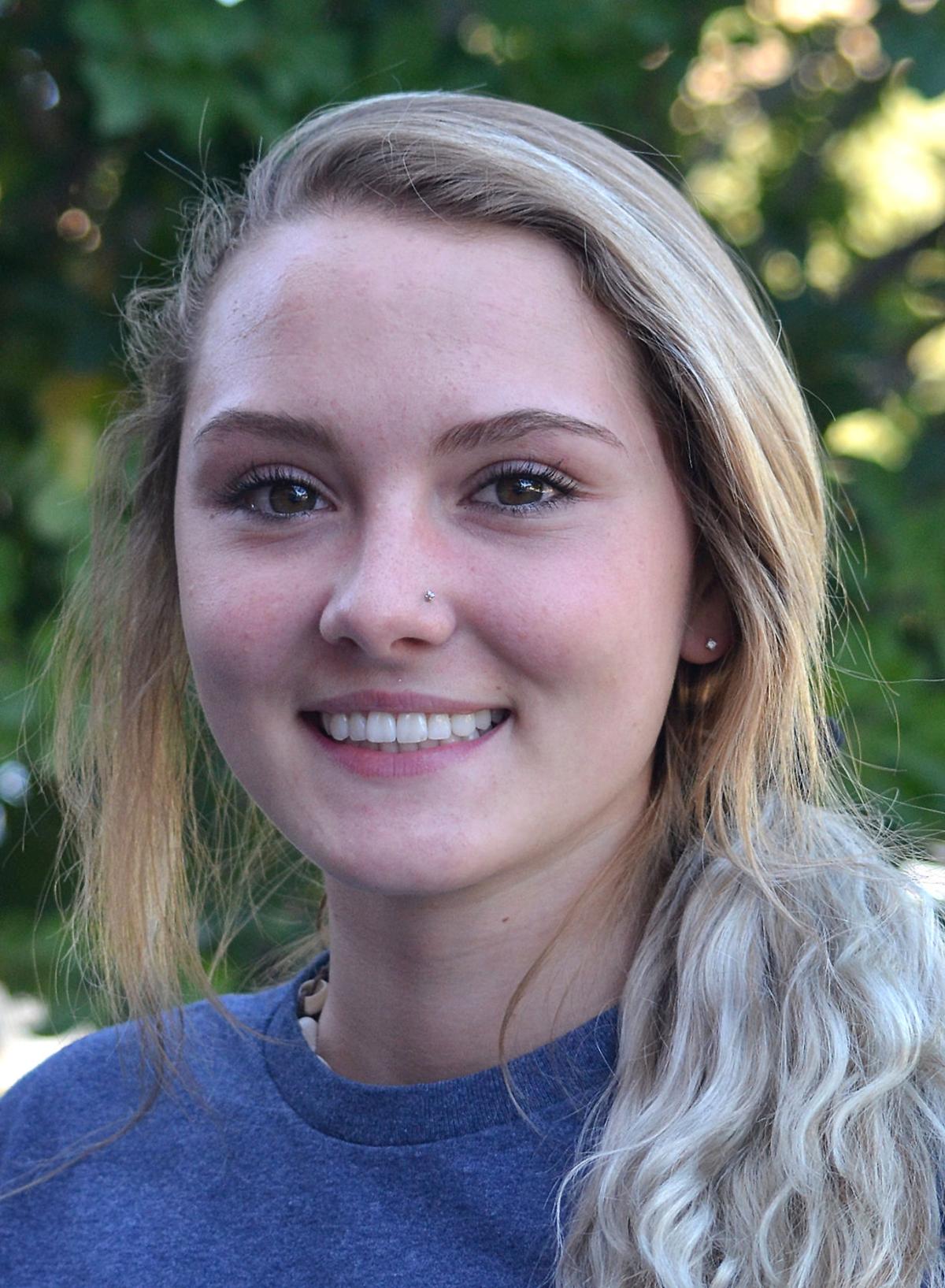 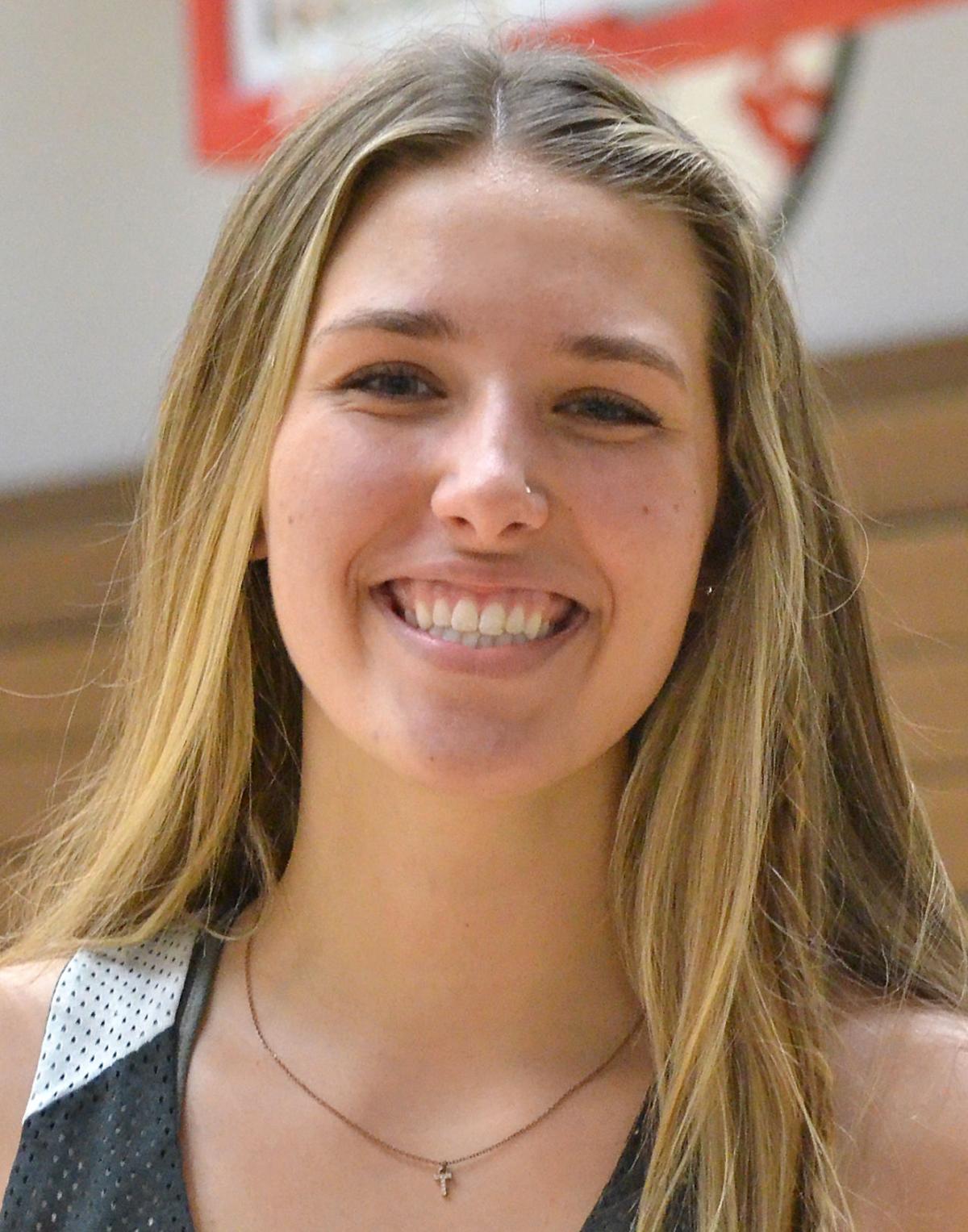 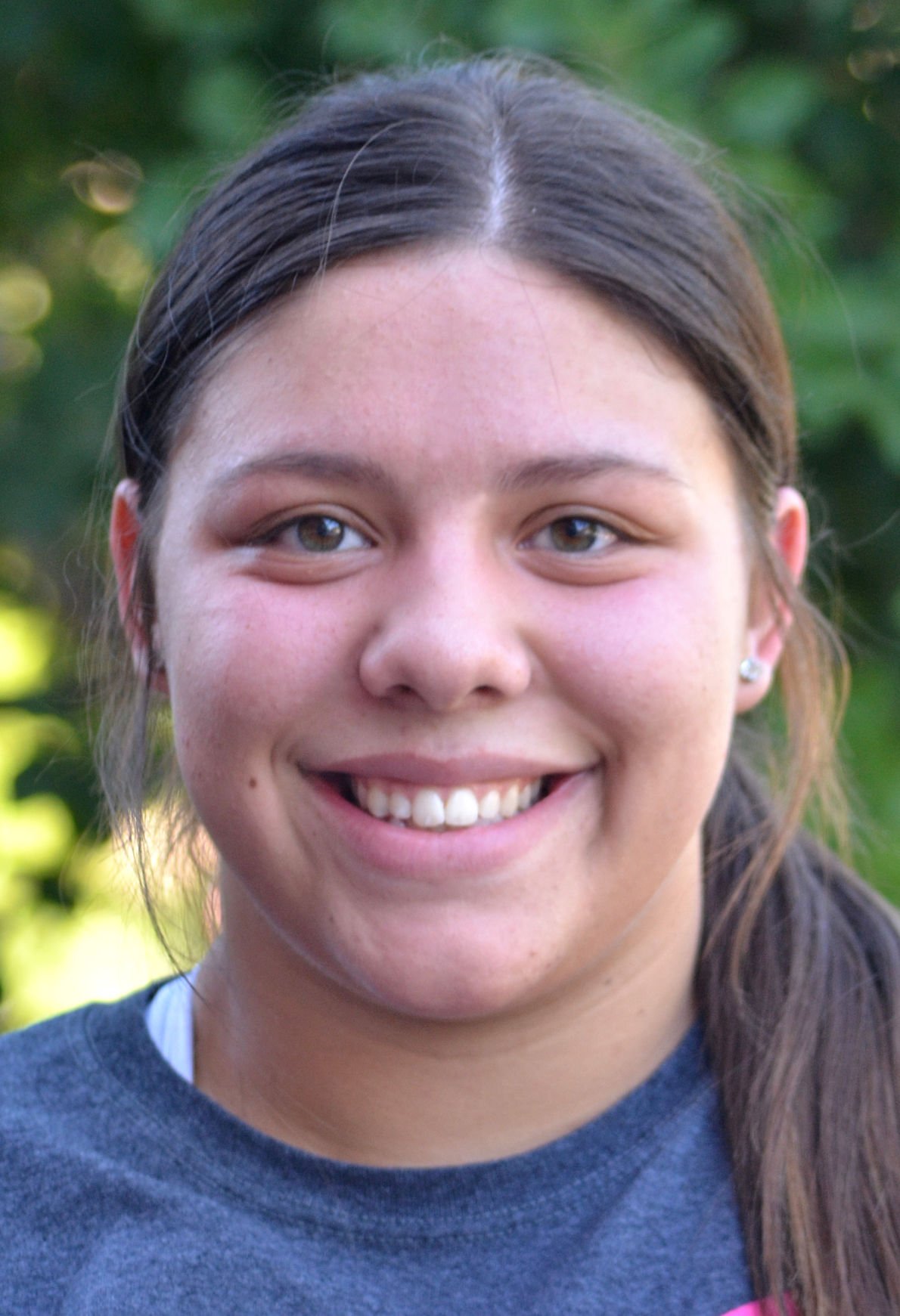 Grant Union Prospector Grace Taylor has her arms up on defense as Paige Gerry looks to pass in practice.

After graduating five seniors in June, who all had a lot of playing time, there are three players this year filling those leadership roles.

The team this year is also a small group, with 13 total, including one junior, seven sophomores and two freshmen.

“The girls are going to get lots of playing time,” Moore said. “Besides our seniors, the rest will get five quarters a night. We’re all just one big team, JV and varsity.”

The Prospectors reached the quarterfinal round at the OSAA state championships, where they lost a 54-36 battle to the Coquille Red Devils, a team that advanced to the final game where the Heppner Mustangs claimed a 41-40 win and the 2A state title.

“It’s a tough league this year,” said Moore, who is in her second year as head coach and third year with the girls basketball program. “We can’t underestimate anyone.”

“Every team has strengths,” she added. “We just have to go in each night and play our best and learn from it.”

She said her seniors are excellent leaders.

“They’re encouraging and good teammates,” she said. “They want what’s best for the team. That’s critical to the success of a young team.”

Wells, Blood and sophomore Paige Gerry are lending height to the team, as well as speed.

“We’re going to use the tools that we have,” Moore said.

She said they’ll be using a system that works for their athletes, including a defense-focused strategy.

Moore said her main goals include teaching her players the importance of being good teammates.

“Hard work leads to success and self-discipline,” she said. “All those traits they learn on the basketball court, they take into their daily lives.”

She said the players are coachable and quick learners.

“One of my favorite parts of the season, so far, has been the energy,” Moore said. “They want what’s best for everyone on the court, and that makes everyone want to be here.”

Returning assistant coach Alec Moore said the seniors will be the team’s staple.

Wells, a forward post, said she’s happy she’s had the opportunity to play with her fellow seniors for the past six years.

“I can’t wait to see what our team can do this year, and I’m excited to see everyone grow as a player and a teammate,” she said.

“The younger kids have a lot of passion and potential for the game,” she said.

“I’m impressed with the way that they’re improving,” Blood, a forward post, said of her team’s younger players. “It’s a tough team for such a young team. My goal is to keep everybody motivated this season and push them to be the best player they can be.”

Blood said she loves the team aspect of the sport.

“We have to work together and be a family for us to succeed,” she said.

Grant Union kicks off their season at 6 p.m. Wednesday, Dec. 4, as they host the 3A Burns Hilanders.

She added, “We’re here to play and have fun.”