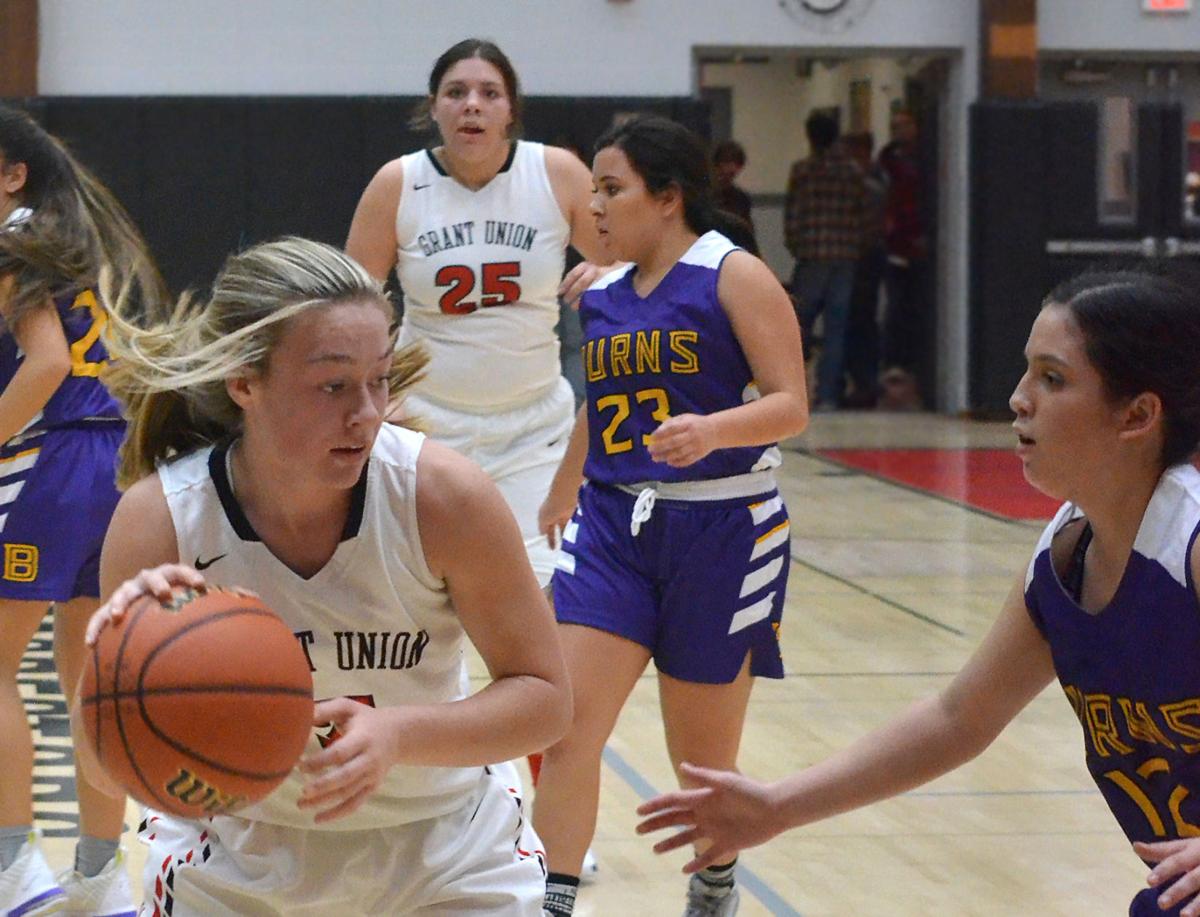 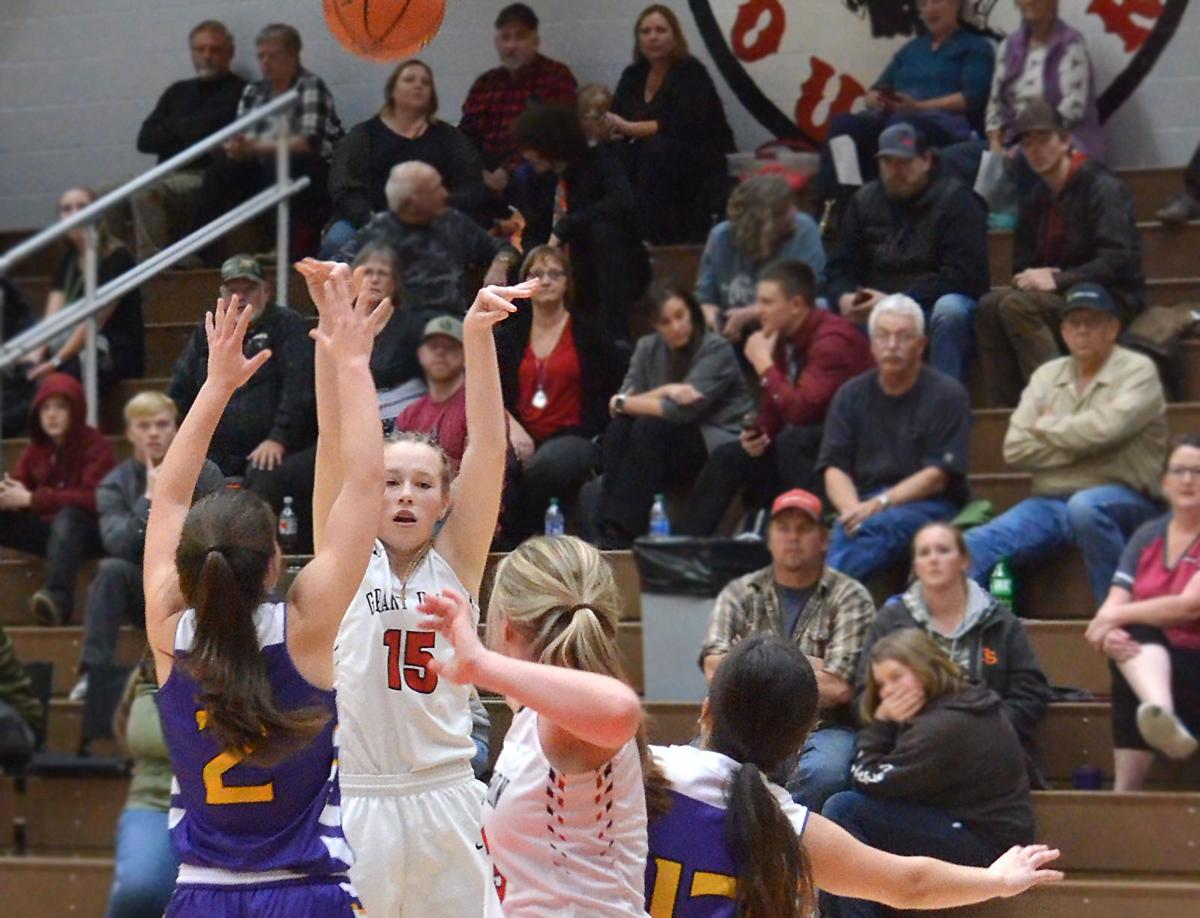 Grant Union Prospector Paige Gerry shoots the ball in the Dec. 4 game against the Burns Hilanders. 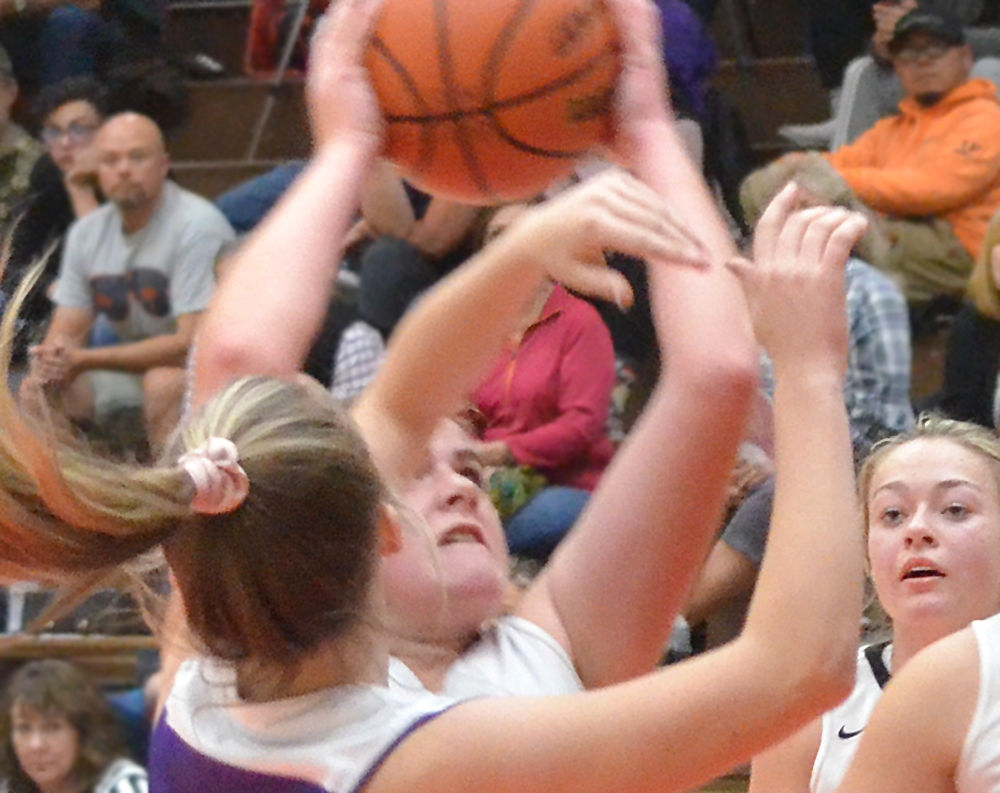 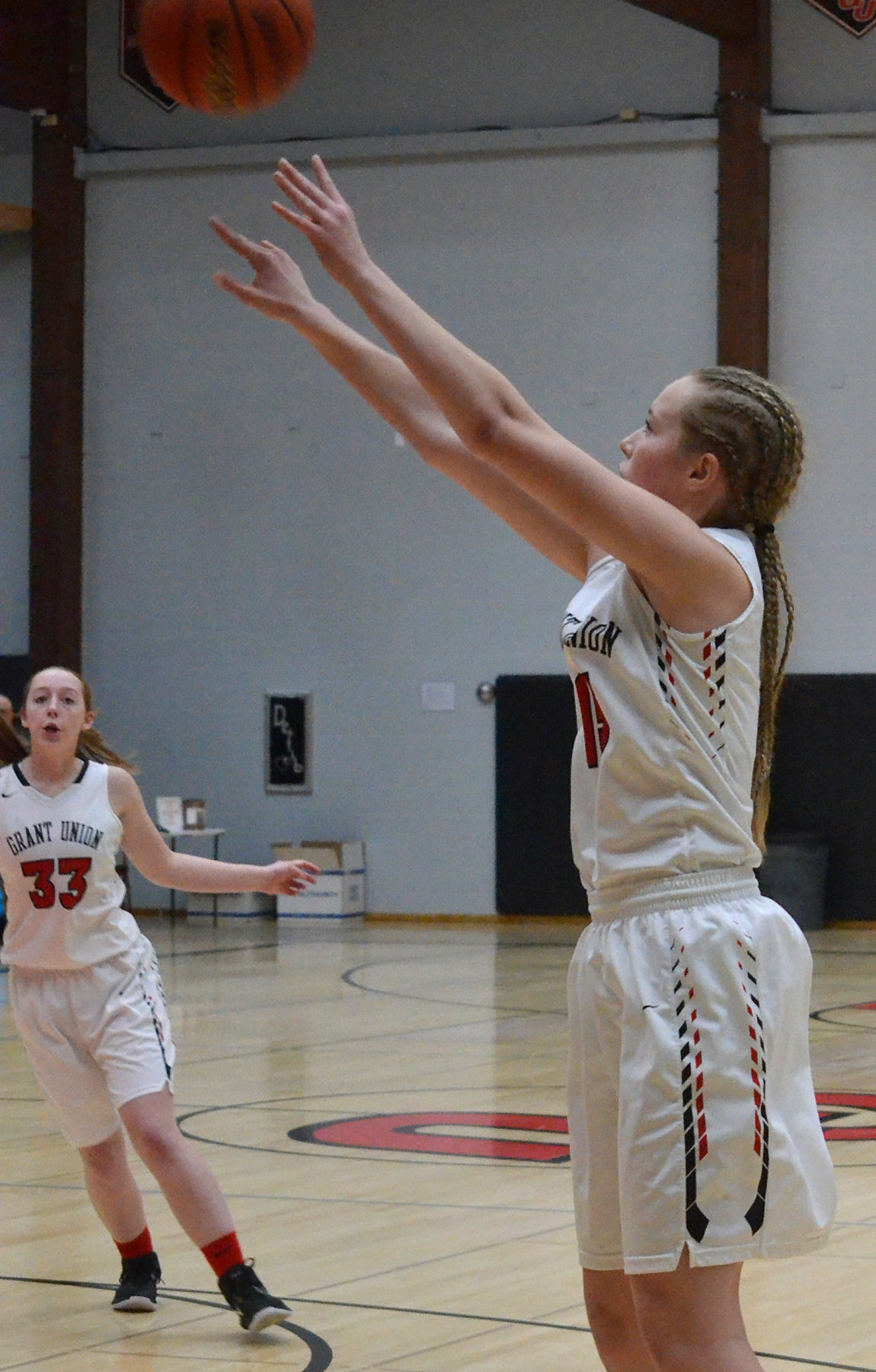 Grant Union Prospector Paige Gerry shoots the ball against the Burns Hilanders, with teammate Grace Taylor in back. 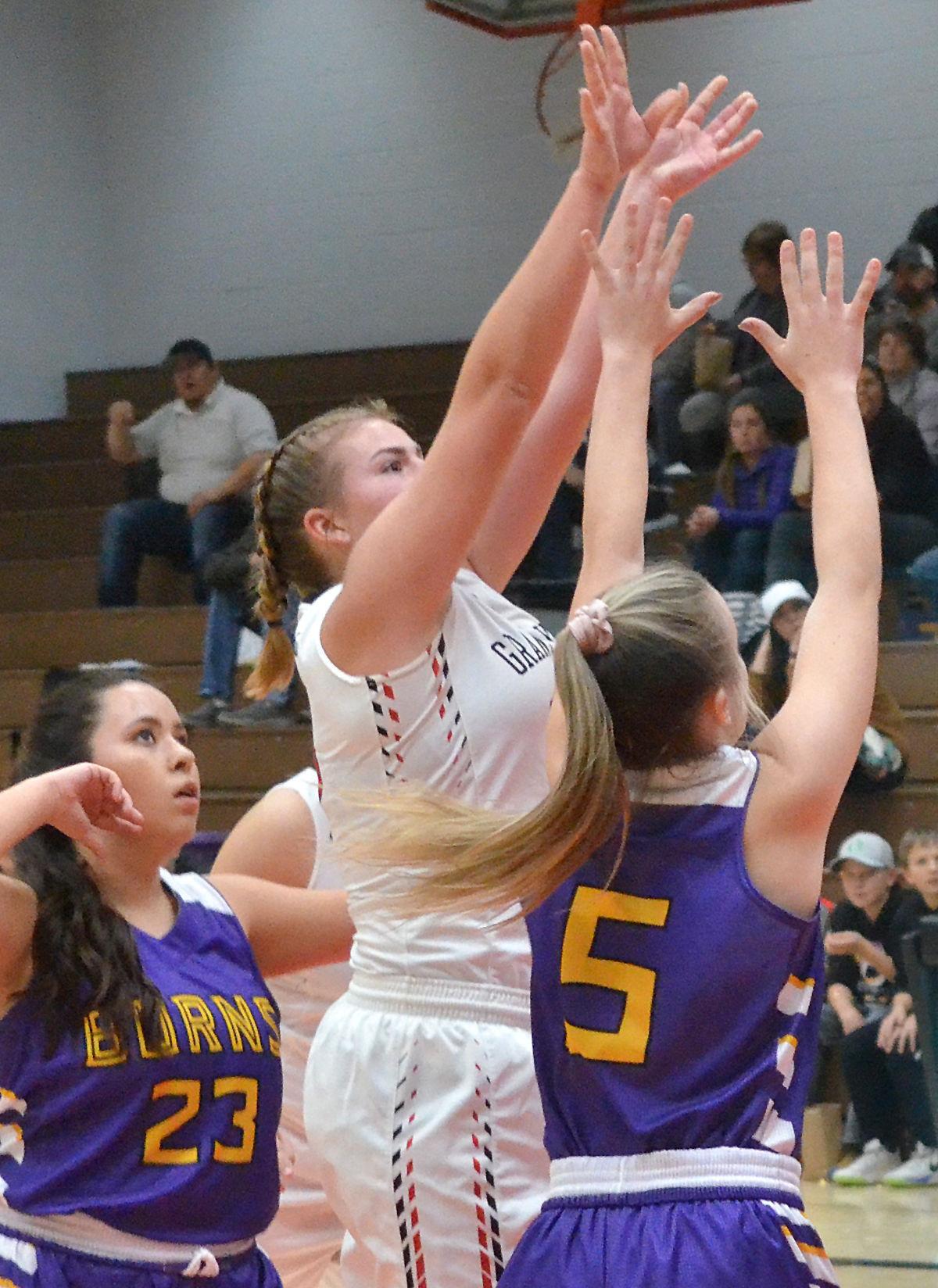 Grant Union Prospector Paige Gerry shoots the ball in the Dec. 4 game against the Burns Hilanders.

Grant Union Prospector Paige Gerry shoots the ball against the Burns Hilanders, with teammate Grace Taylor in back.

The 2A Grant Union Prospector girls had a no-quit spirit in their first game of the season, but took a 47-23 loss to the 3A Burns Hilanders on Dec. 4 in John Day.

Burns put up a defensive battle for the night, making it tough for Grant Union to find the basket while grabbing several steals.

It was the first nonconference game of the season for both teams.

Grant Union trailed 34-9 at the half, and Burns outshot them 10-4 in the third quarter.

The Prospectors had a better fourth quarter, holding the Hilanders to just 3 points, while adding 10 points.

Baylee Combs led Grant Union with 6 points, scoring a 3-point shot in the first quarter and adding another at the final buzzer.

Hilander Allie Hueckman had a game-high 13 points for the night.

Grant Union head coach Kristi Moore said she was happy with her players’ efforts and expects to see improvement in future games.

“They played hard, they worked hard the whole time and they never gave up,” she said. “They have a lot to learn, but we have a lot of potential.”

“They’re all going to get conditioned fast,” Moore said.

She said the team came out a little nervous, but settled down at the half.

Prospector Tyler Blood said the game was rocky, but they got out their first-game jitters.

“We played our best,” she said.

“Everyone gave their all and really hustled, even with the lack of subs,” she said.

Burns head coach Brandon McMullen said the team graduated three starters last season, but they have a core of juniors back, along with some inexperienced but athletic sophomores.

“It’s a work in progress, but they’re a fun group,” he said.

McMullen said he was happy with his team’s passing, and defense was a large emphasis from the start.

The Prospectors traveled to the Lions Tournament in Elgin, where they picked up a 41-38 win over the Baker Bulldogs junior varsity team on Friday and fell in a close contest to the Elgin Huskies, 46-44, on Saturday.

Grant Union will compete at the Columbia River Clash at Umatilla High School on Thursday through Saturday. The Prospectors face Irrigon at 7 p.m. Thursday, and the other games are to be determined.

Husker Extra Podcast: Ep. 141: Sorting through the bin of concerns for Husker hoops and football

The X-factor: Play of Missouri's Pinson forged by a fearless mindset and fast tempo