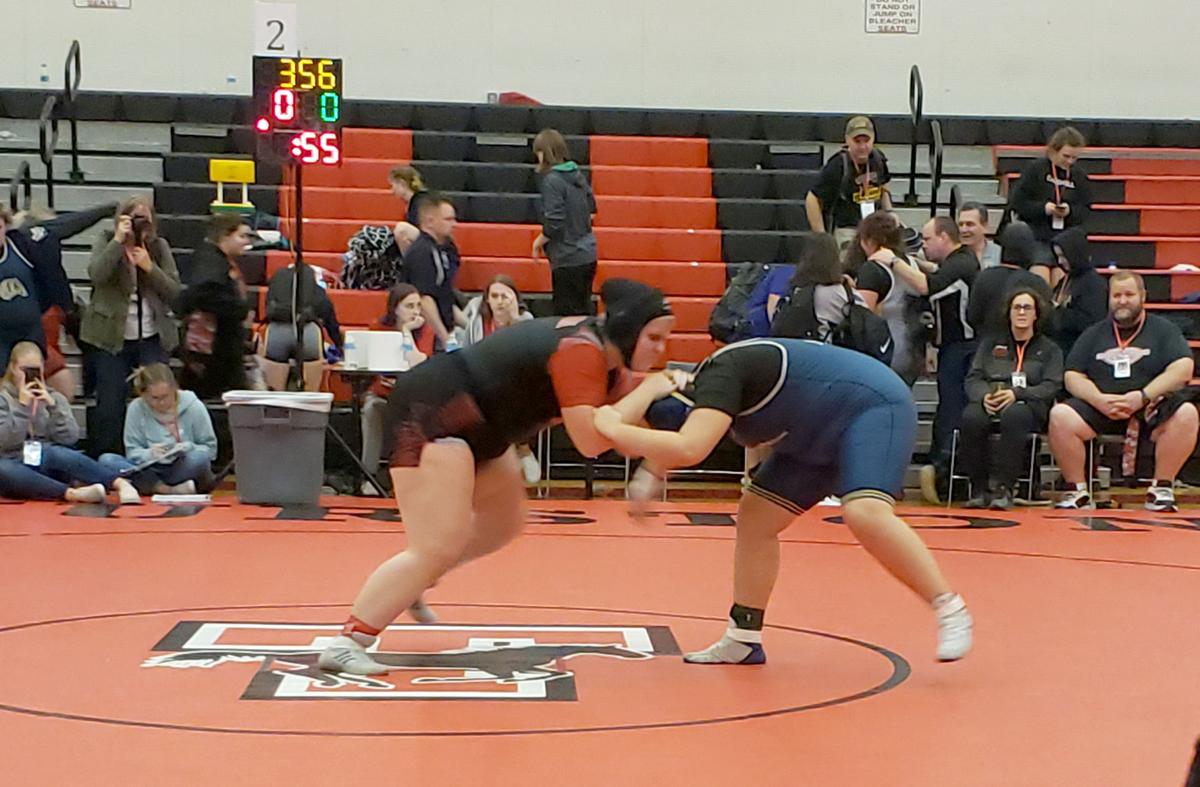 Kristin Cantrell wrestles at the district tournament for girls Feb. 8. 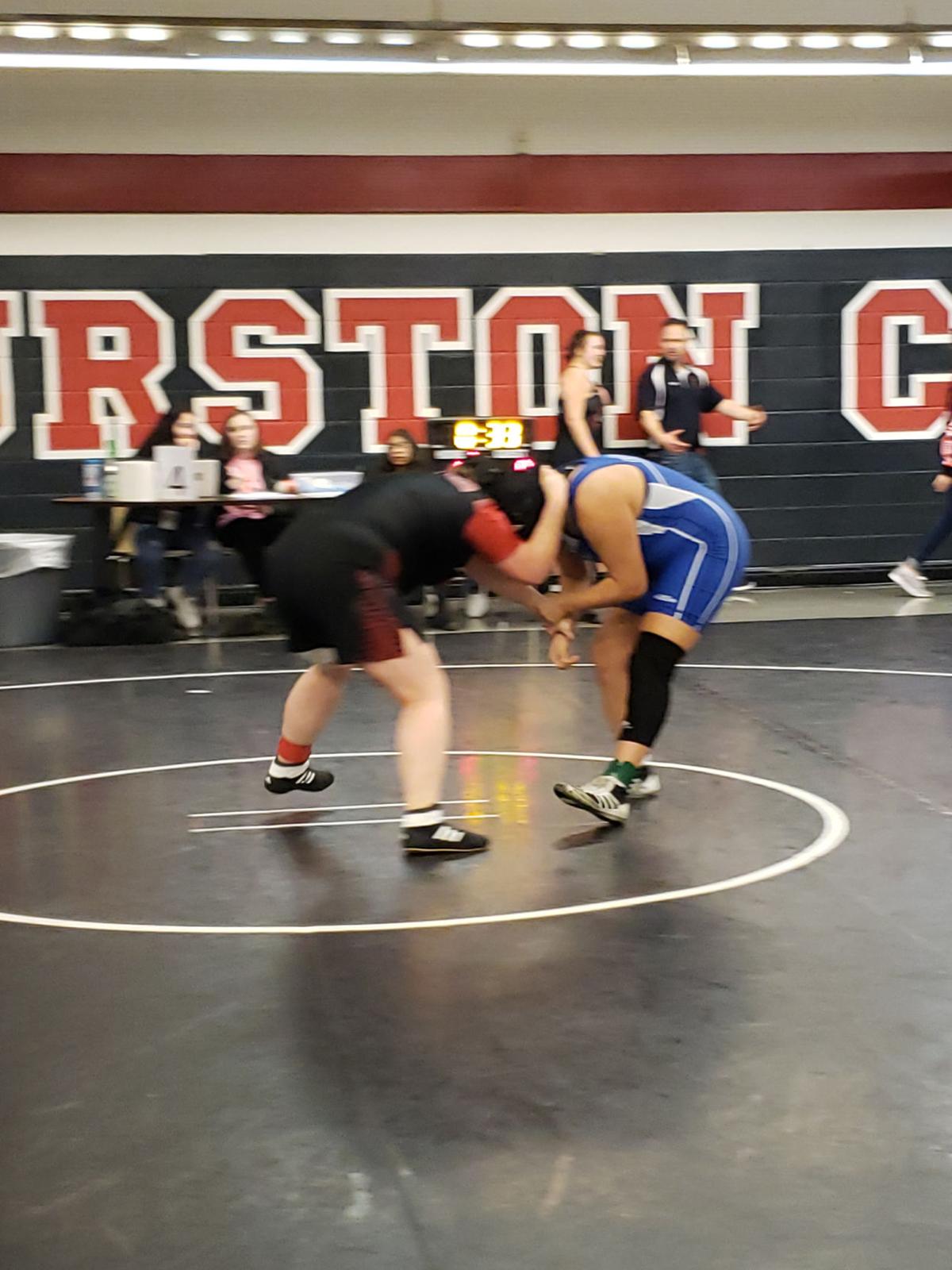 Fallen Bolman wrestles and the district tournament for girls Feb. 8. 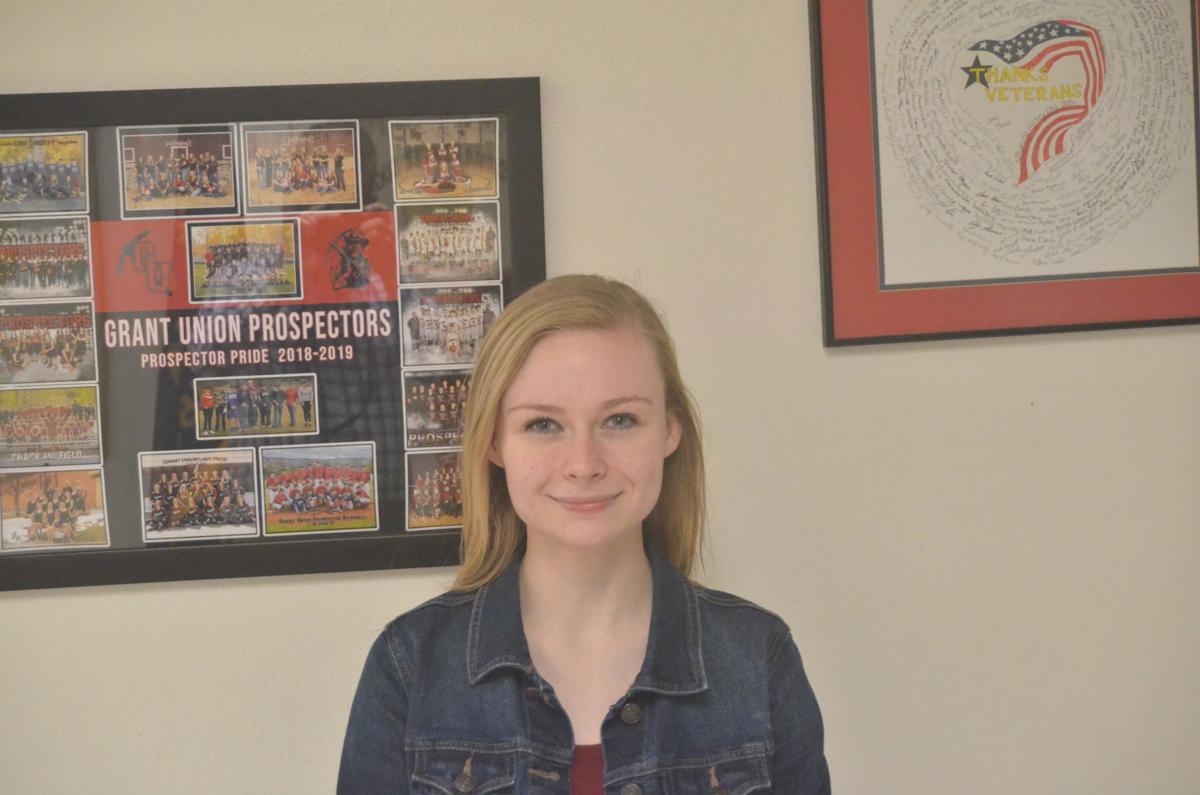 Kristin Cantrell wrestles at the district tournament for girls Feb. 8.

Fallen Bolman wrestles and the district tournament for girls Feb. 8.

Competing with much larger schools in the all-classifications contest and battling illnesses, the girls team placed 37th out of 59 schools, scoring 22 team points.

Grant Union’s program is thriving and has had an impact on outgoing seniors Samantha Floyd and Fallen Bolman.

Floyd, who won one of her matches by fall Saturday, did not advance in her weight bracket, but said the team has battled illnesses and had a grueling schedule the past few weeks.

Nonetheless, the experience of being one of the first female wrestlers at Grant Union has been rewarding, the senior said.

“Our coach (Andy Lusco) told us that, as female wrestlers, we are pioneers in a growing sport, and I liked that because I always wanted to wrestle,” Floyd said.

Floyd, who will go on to the University of Oregon next year, said the university does not have a female wrestling program or even a wrestling club. She said that she really wants to continue wrestling and hopes to reach out to people from the men’s program there to see about starting a wrestling club.

Bolman, who came up short at the state tournament, said she was happy just to have been a part of the team as well.

Bolman, a longtime family friend of Lusco, had been recording statistics for the wrestling program since middle school. She had always wanted to wrestle, but female wrestlers were rare, especially at rural high schools and middle schools.

“Honestly, I was scared,” she said. “Girls wrestled, but it was rare.”

While she was involved with the team last year, this was the first year she wrestled.

Both Bolman and Floyd said the team, boys and girls, has been like a family, and all have been very supportive of one another.

“It was the most rewarding thing I’ve done,” Bolman said. “Wrestling shows you that you can get through tough times and that anything is possible.”

As for the rest of the 11 female wrestlers, they competed and won some tough matches in their weight brackets.

In the 135 weight bracket, Mercedes Locke won by fall in the second and third rounds, while junior Sophie Brockway pinned her first two opponents in the first and second rounds in the 155 weight brackets.