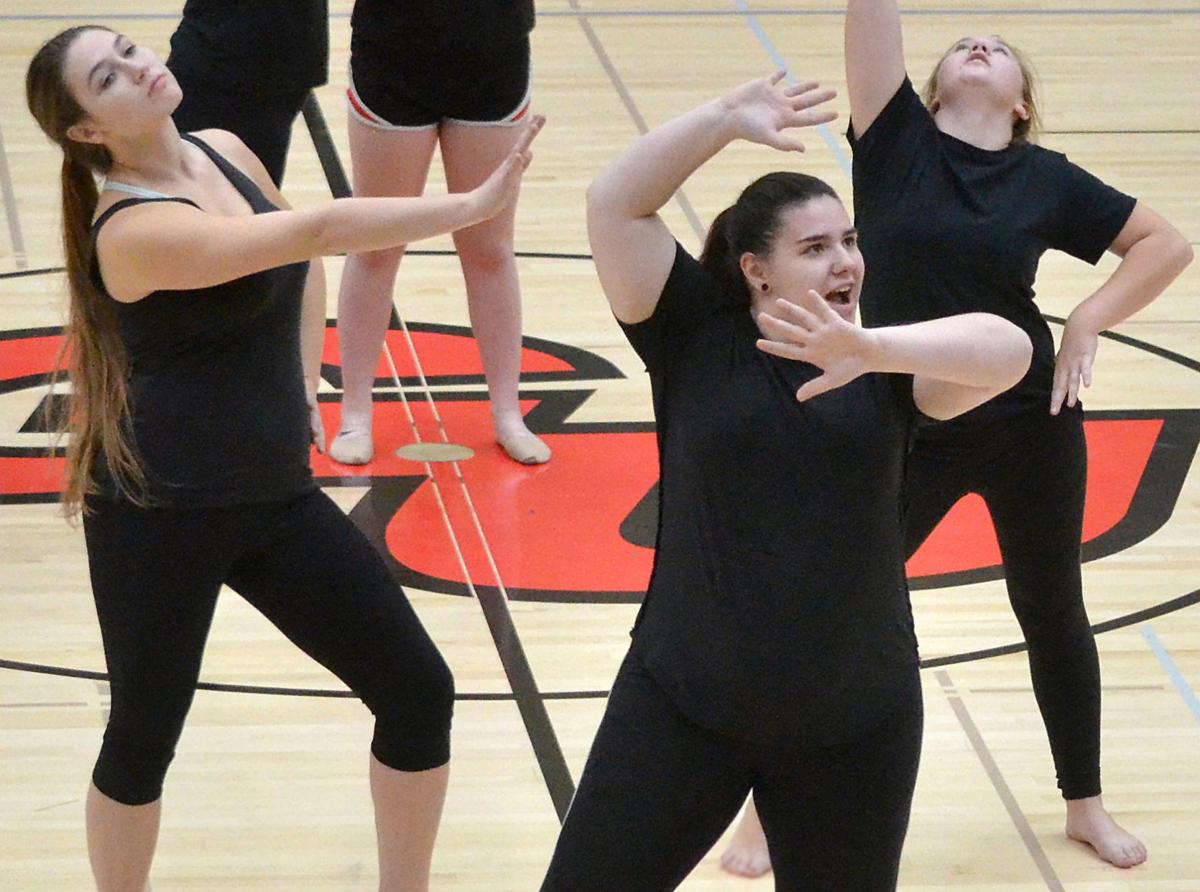 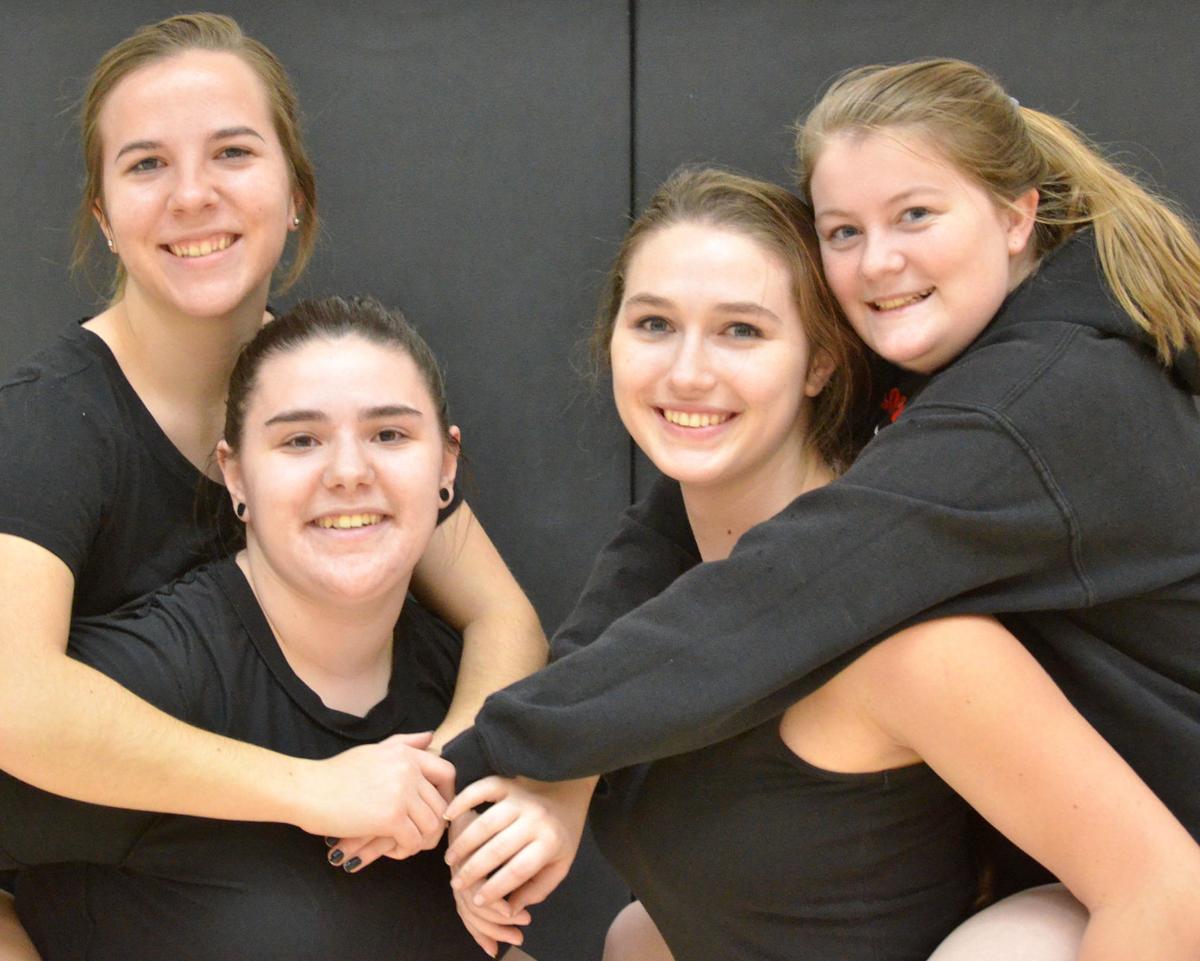 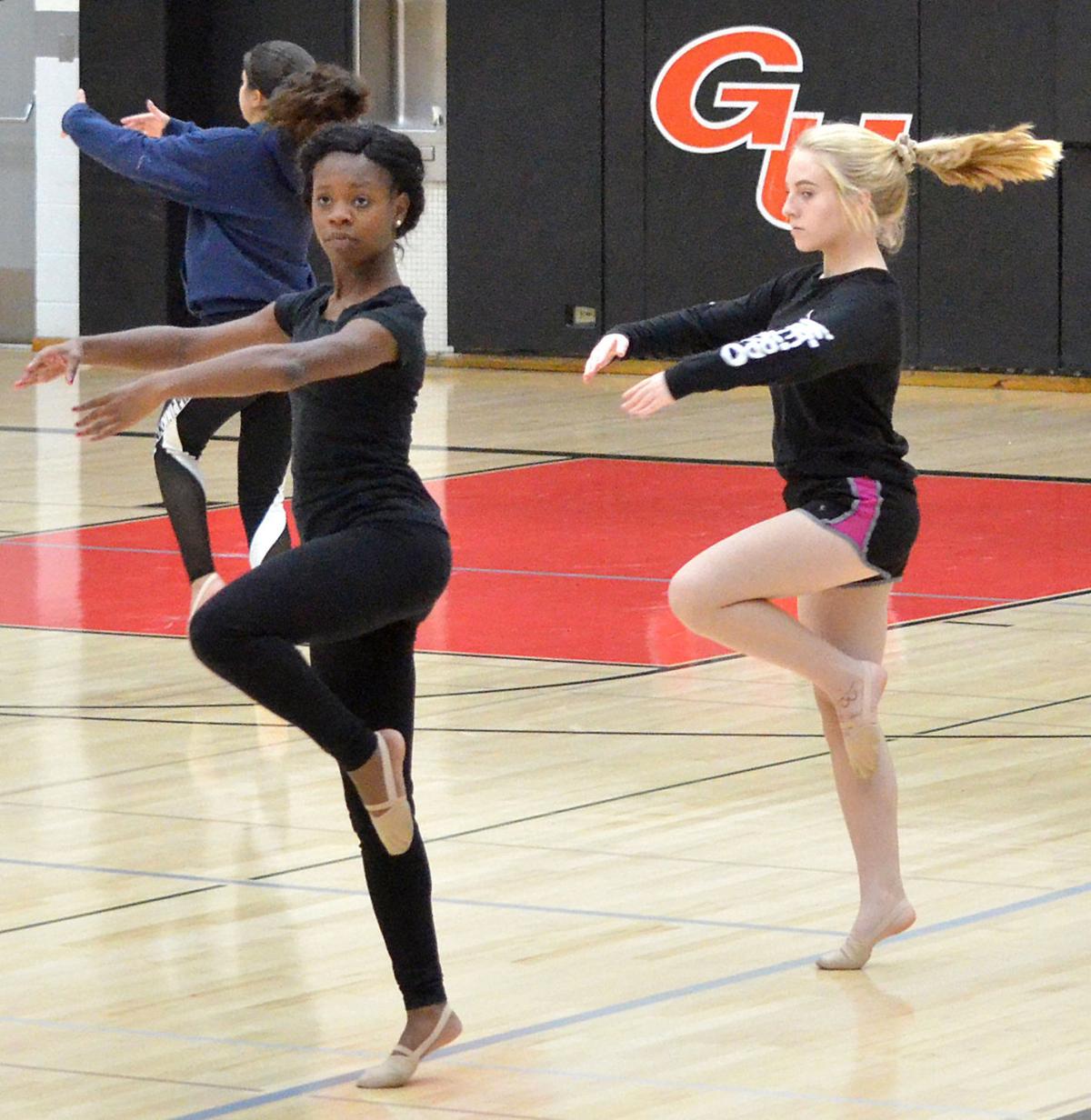 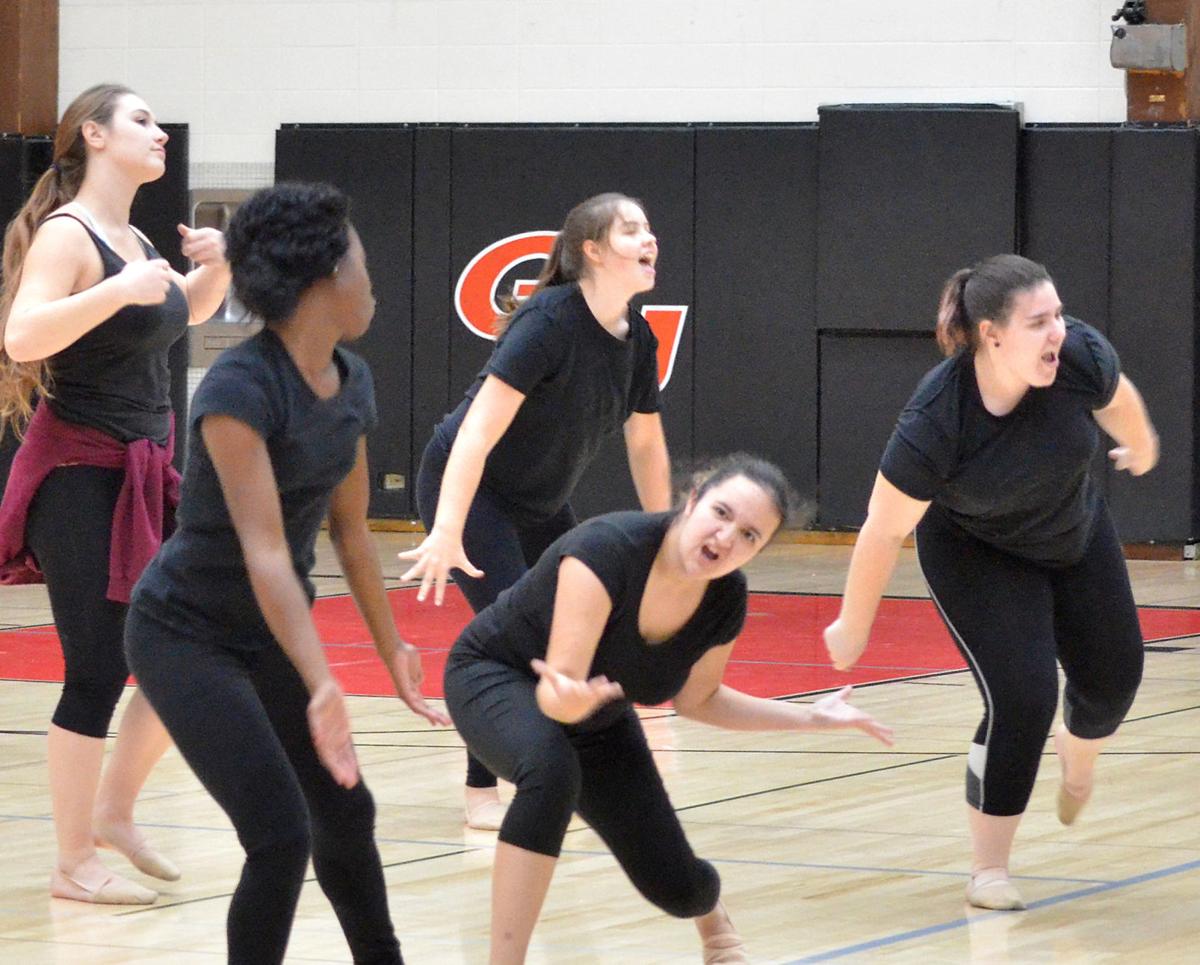 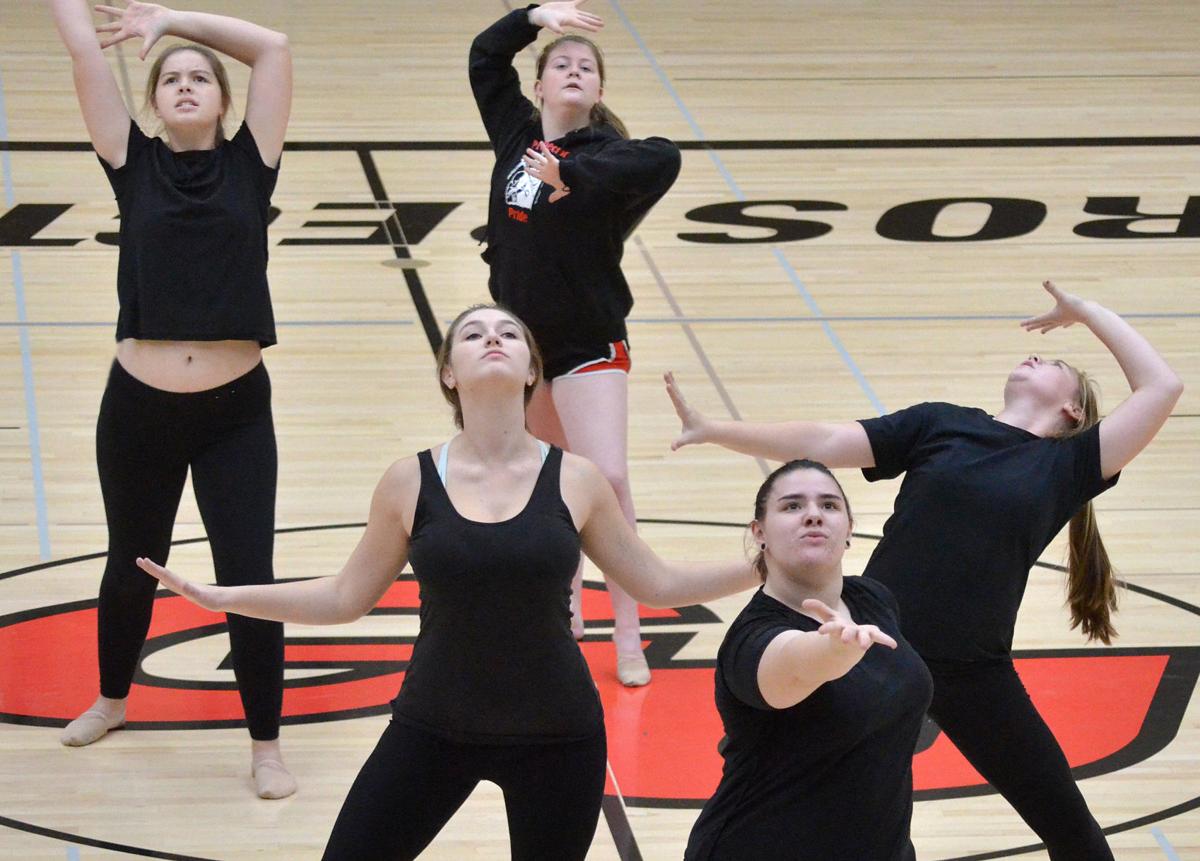 Grant Union Gold dance team members strike a pose during a dance performed in practice, including, from left, front, Ali Chobo, Nikki Jones and Zinny Locke and, back, Emilie Updegrave and Celine Hicks. 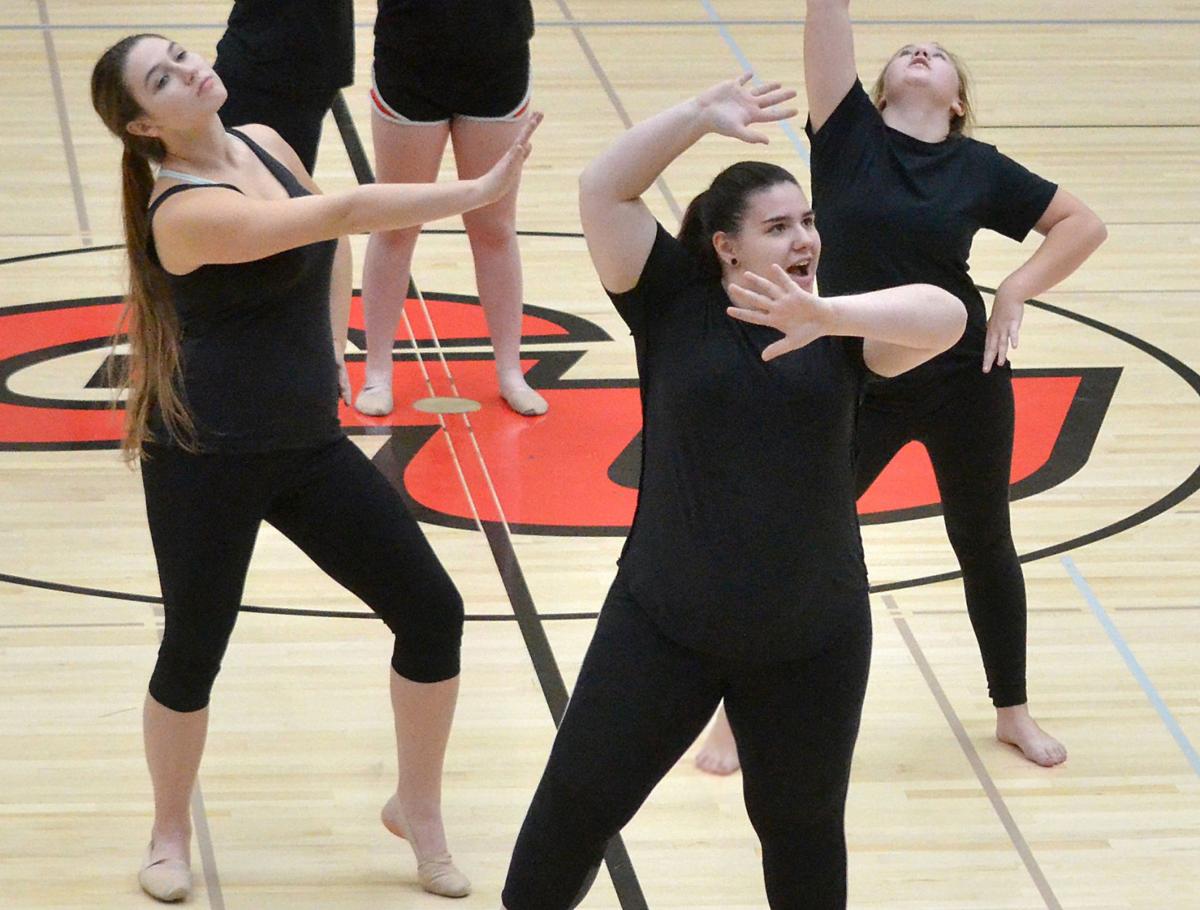 Grant Union Gold dance team members strike a pose during a dance performed in practice, including, from left, front, Ali Chobo, Nikki Jones and Zinny Locke and, back, Emilie Updegrave and Celine Hicks.

The Grant Union Gold dance team is optimistic as they prepare for competition and their annual Holiday Showcase.

Dancers were busy at practice Nov. 7, warming up with ballet moves and running through a couple performance routines.

With all team members returning, except two who moved out of the area, this year’s four seniors say they have a positive outlook.

“I’m excited to see how this year plays out,” said senior Ali Chobo. “This group of dancers is so motivated, and we all have the same goal.”

Chobo is a senior team captain along with Celine Hicks, and the other seniors are Andrea Comer and Nikki Jones.

Head coach Kattie Piazza, in her third year leading the team, has help from assistant coach Brandi Hicks this season.

Piazza said they are focused on going back to the basics of dance to build a foundation in both technique and teamwork. The team has increased conditioning and added a weights program this year, she said.

“On top of that, we’re doing ballet regularly, which requires an extreme amount of focus and strength,” she said. “Ballet is the foundation of all dance, and we can’t be successful in Oregon as a team without a ballet foundation because it’s the basis of all dance techniques — even with hip-hop, you have to have ballet. You’ve got to walk before you can run.”

This year, Piazza was voted to the board of directors for the Dance and Drill Coaches Association of Oregon.

Grant Union will compete with 13 teams in 4A/3A/2A/1A class schools.

The season will culminate with a one-round state competition on March 16 at Portland’s Veterans Memorial Coliseum.

Piazza said her team is highly motivated this year.

“They all have super positive attitudes,” she said. “Their work ethic is phenomenal.”

Along with the four seniors, the roster includes two juniors, four sophomores and five freshmen.

Hicks, who’s been on the team for three years, said they’re working hard.

“I’m looking forward to us growing as a team and becoming more like a family,” she said.

She said she enjoys how dance can help relieve stress, and the sport allows her to express herself.

Comer, who’s been dancing at least eight years, said the team is getting along well.

“There is a lot of positivity,” she said. “I’m excited to see how competition season goes.”

Chobo added all the dancers are gaining new skills.

The seniors said they’re looking forward to their first event of the season, the Holiday Showcase set for 6:30 p.m. on Thursday and Friday, Dec. 6-7, at the old Grant Union gym. Admission is $7.

With a theme of “Holiday Traditions,” the team will perform musical theater with each dancer taking on a character.

Performances will include group dances, including the entire team, as well as solos.

Styles of dance, ranging from hip-hop, ballet, jazz and lyrical styles, will be set to holiday-themed music.

Some young dancers, who will be chosen by the Gold dancers by audition, will join in the event.

The Holiday Showcase is the kickoff event for the team’s competition season.

The team will also perform at halftime at some of the basketball games.

“We couldn’t do what we do without the support of the community, and we’re just very thankful to have that,” Piazza said.

The coach said they’ve restructured their varsity and junior varsity teams this year with a list of required skills determining who will join the varsity dancers.

There will be 10 varsity spots with the team members vying to be on the competition floor.

“That’s where some of their work ethic is coming from,” Piazza said.

She said the new system will give them a competitive edge.

“This team has a lot of heart,” she said. “They have a lot of drive, and I think they’re going to give it everything they’ve got.”

Other competition dates are being finalized.

MU offense gets back on track; Vandy kicker makes history