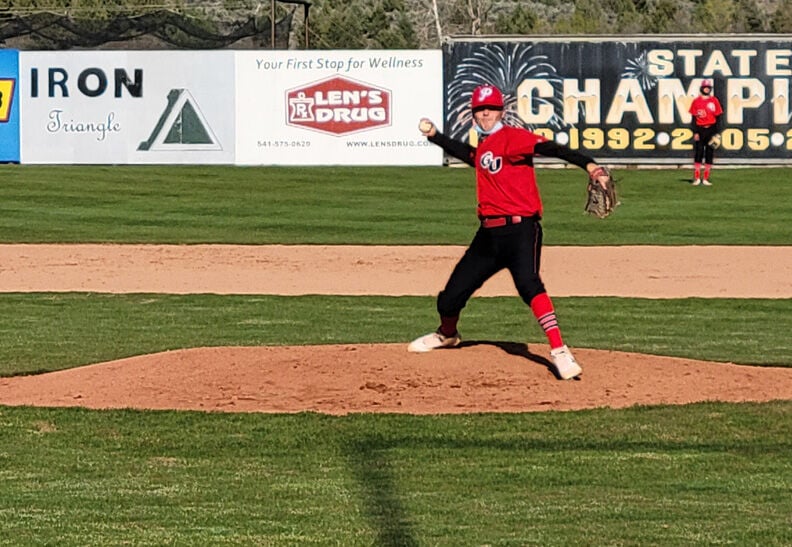 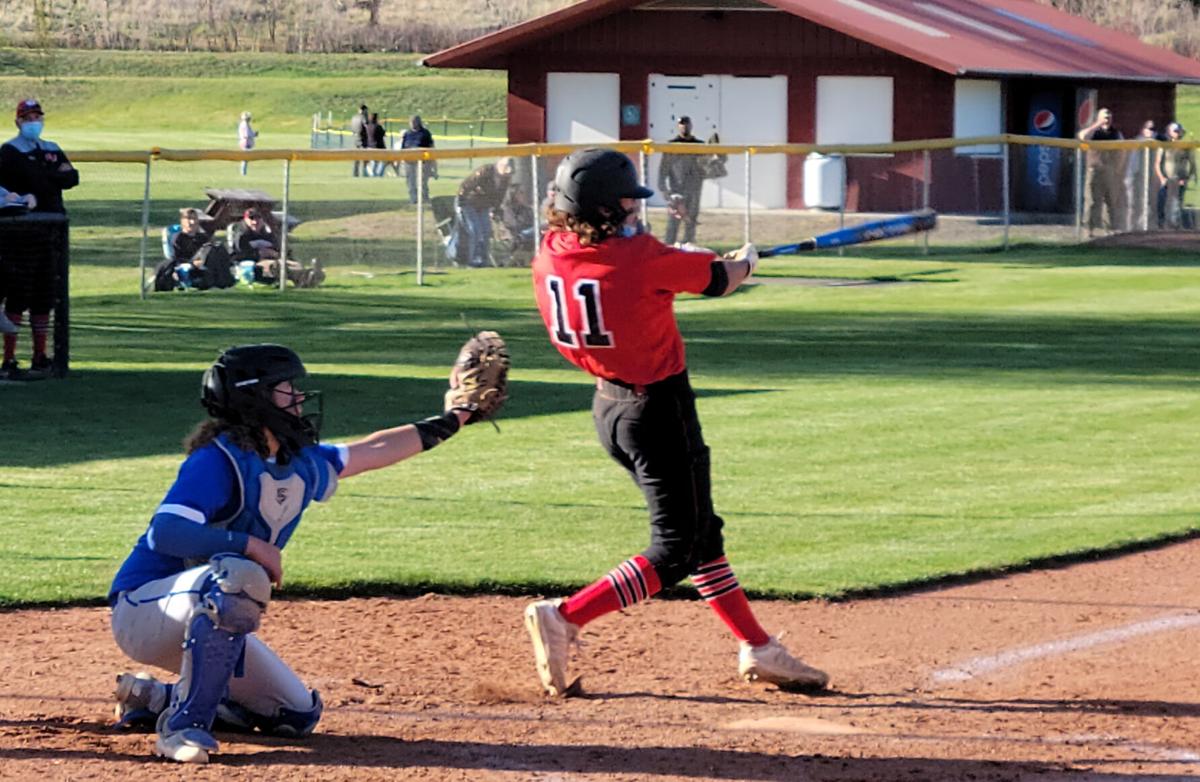 Ordinarily, a week off might disrupt the mojo of a ball club, but an unexpected weeklong pause due to a spike in COVID-19 infections did not stop the Grant Union/Prairie City Prospectors from collecting a pair of wins April 27 in a doubleheader against Pilot Rock.

In the shortened season, the Prospectors improved their record to 3-2 after sweeping the Rockets. A high-scoring 14-6 win in game one was followed by a strong outing by Pros pitcher Kobe Fell in a 5-2 win in game two.

Doug Sharp, Grant Union head coach, said the Pros struggled with their command on defense but made up for it by hitting the ball well.

Fell, who held the Rockets to two runs in the second game, said he appreciated the run support.

“We did not make as many errors, and our hitting was good,” Fell said.

Prospector senior Logan McCluskey went two for three at the plate said he tried to keep it as simple as he could on offense.

“Just go up there, see the ball, and hit the ball where it’s pitched,” he said.

McCluskey said the team had their “heads up” in both games and did not let anything get them down, and that made the difference in the sweep.

Sharp said the team is a “great group of kids” who are “fun to coach” and are hard-working.

He said their attitudes have helped them get through the uncertainty of the COVID-19 shutdowns.

“They got great attitudes,” he said. “And it’s a bad situation made good, because we got good quality kids.”

The team hosts Lakeview for a doubleheader starting at 2 p.m. Wednesday, May 5.

No. 14 LA Tech travels to FIU for weekend series