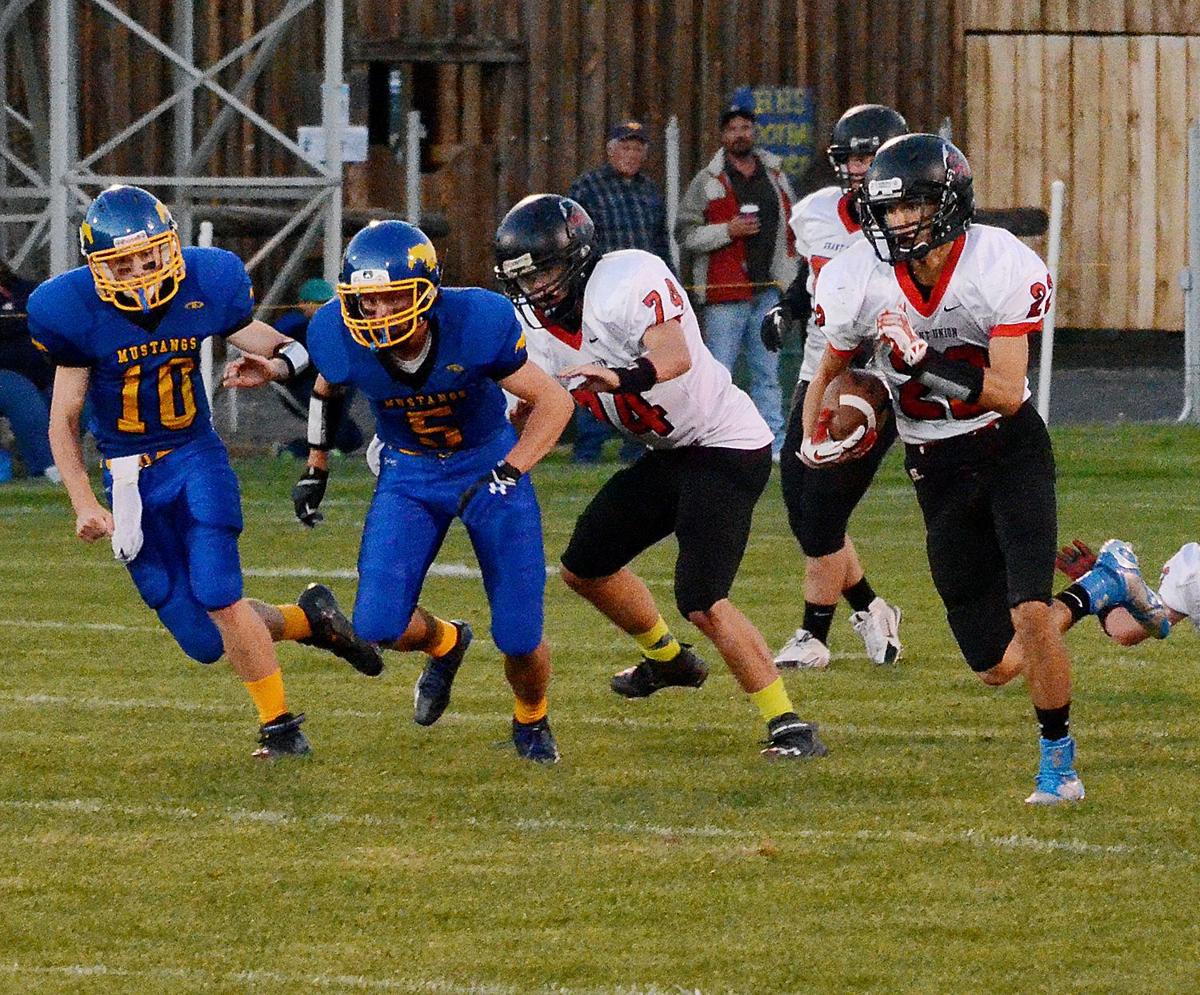 The Eagle/Angel Carpenter Grant Union Prospector Leonard Radinovich gets ahead of the Heppner opponents for a good gain, with help from teammates Justin Gravley (74) and Clayton Vaughn (56). 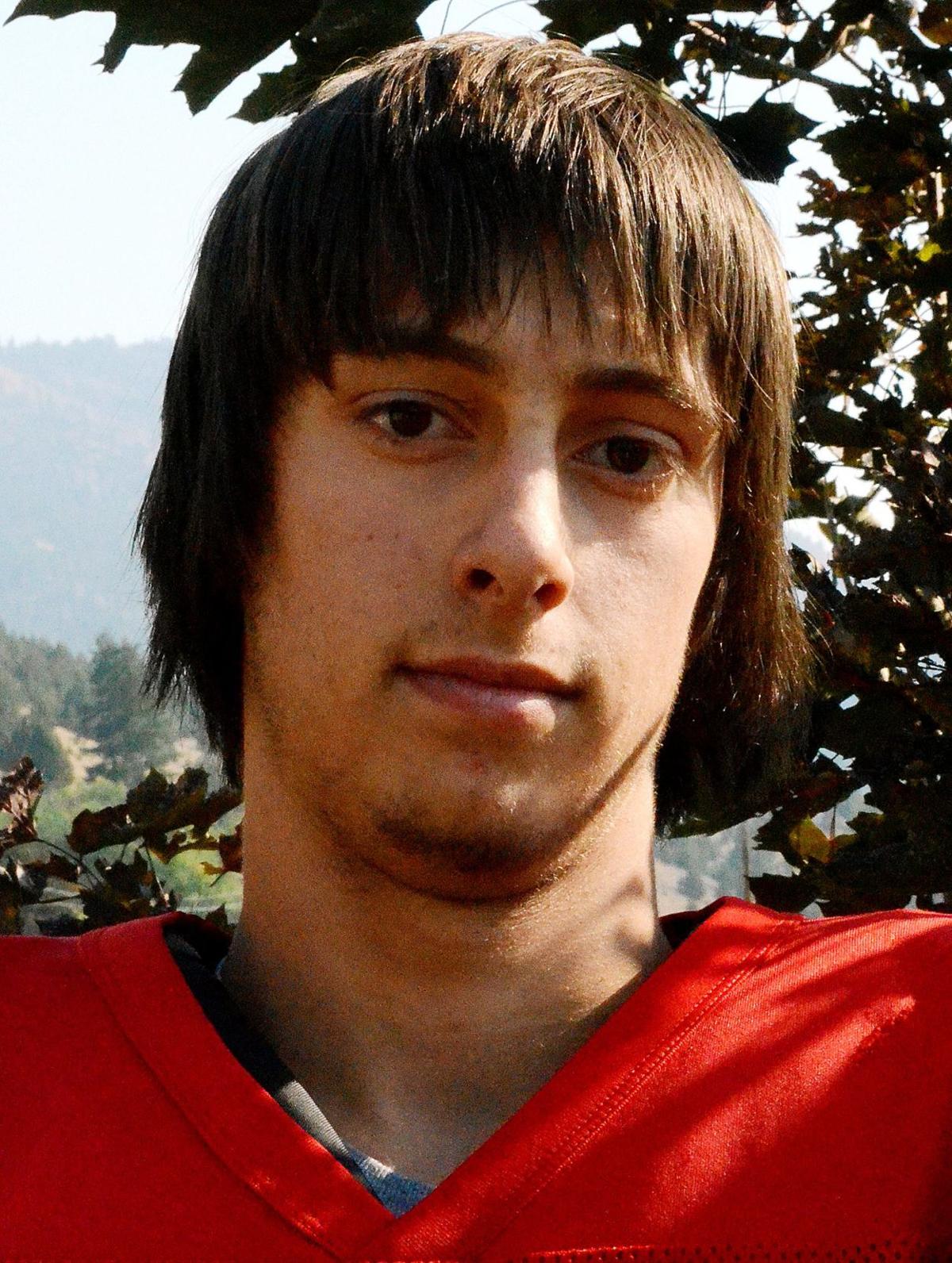 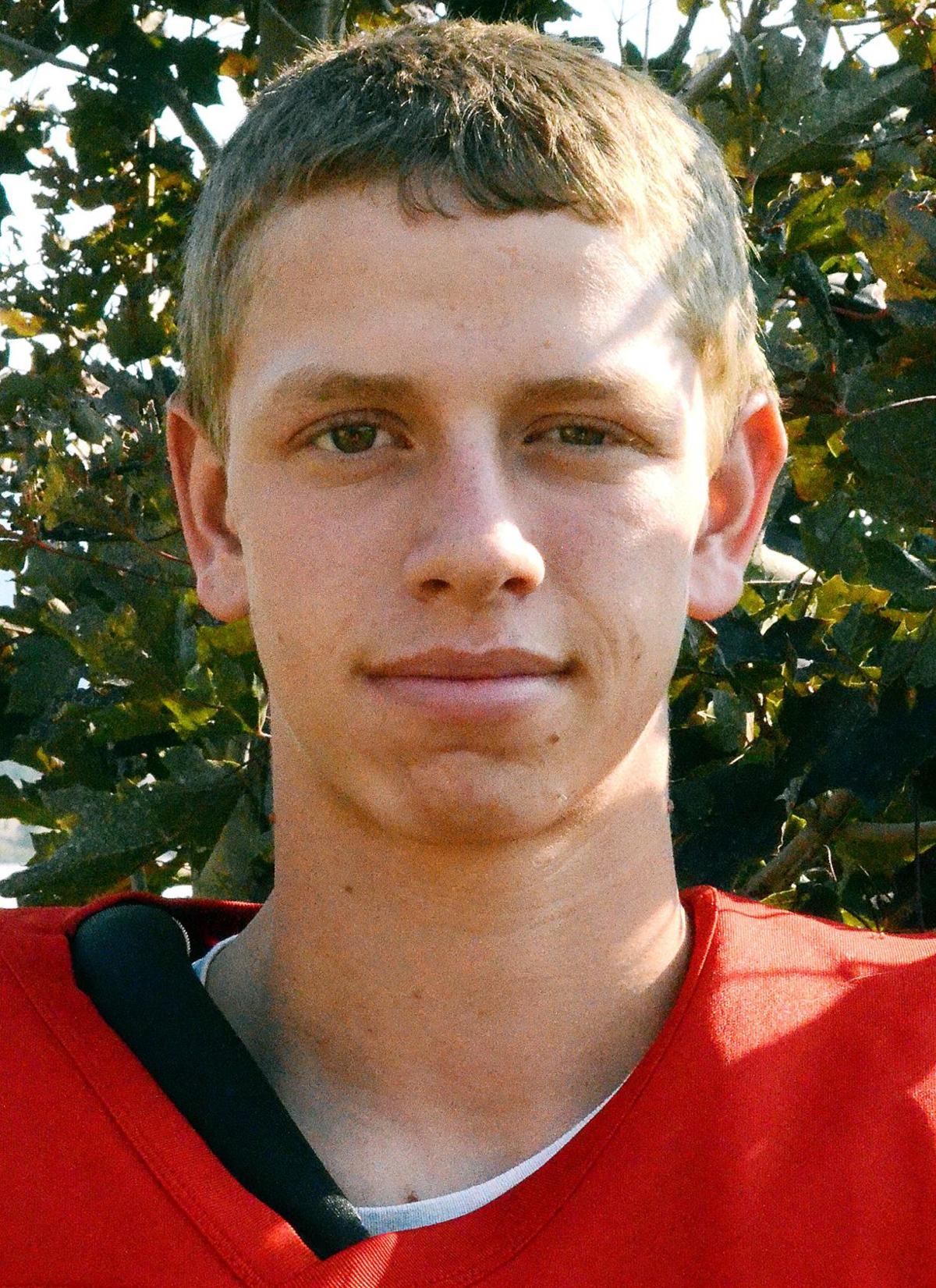 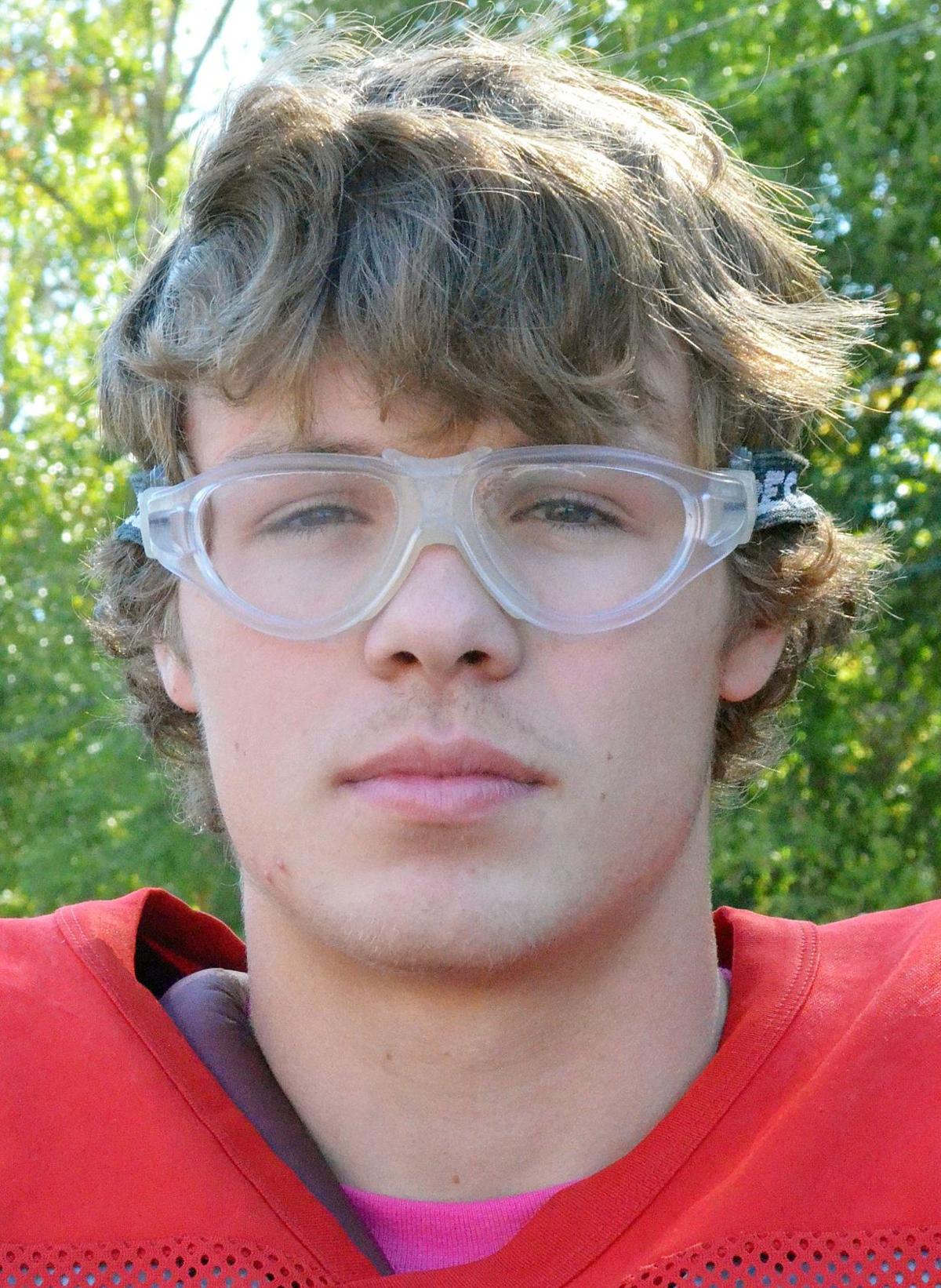 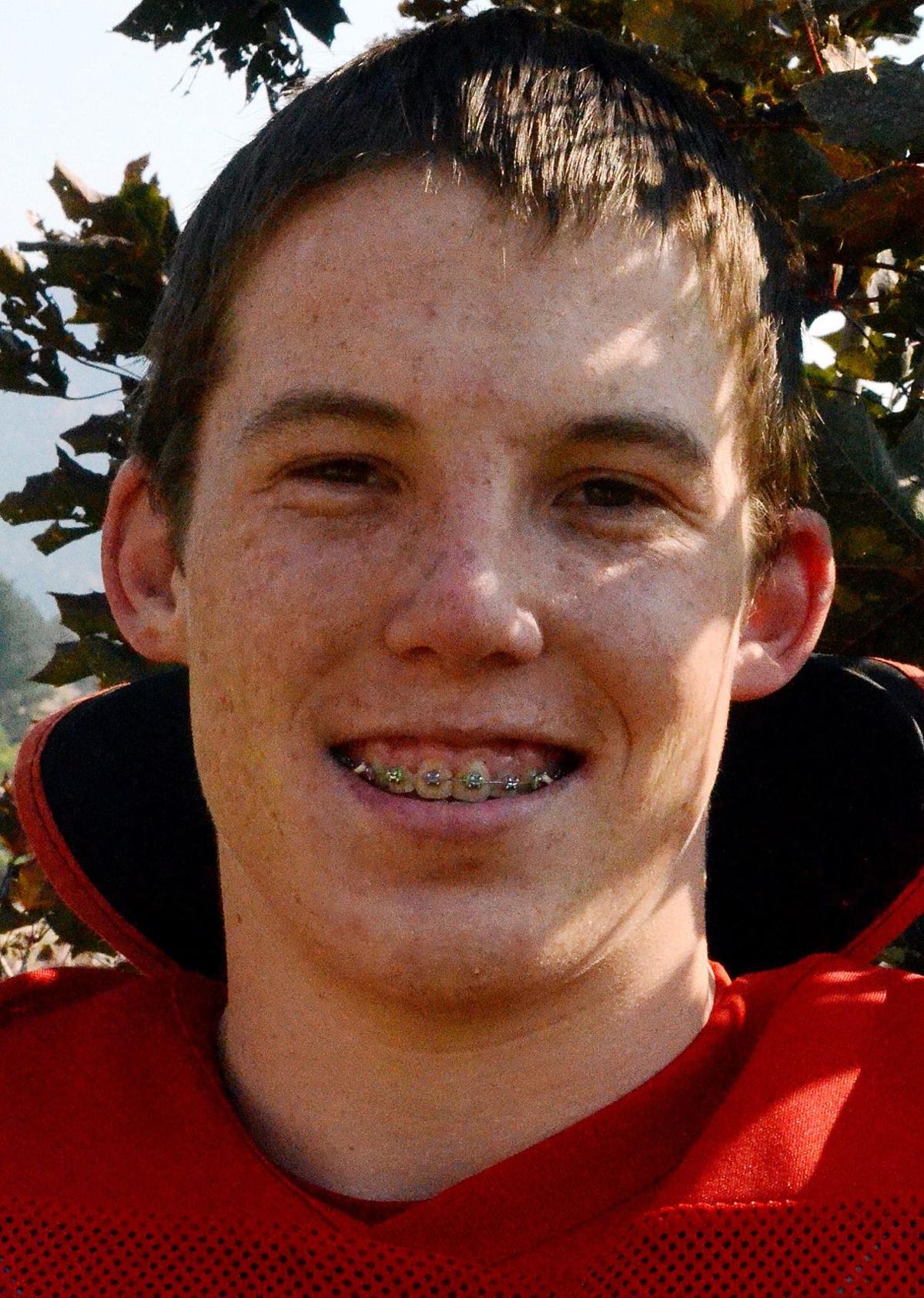 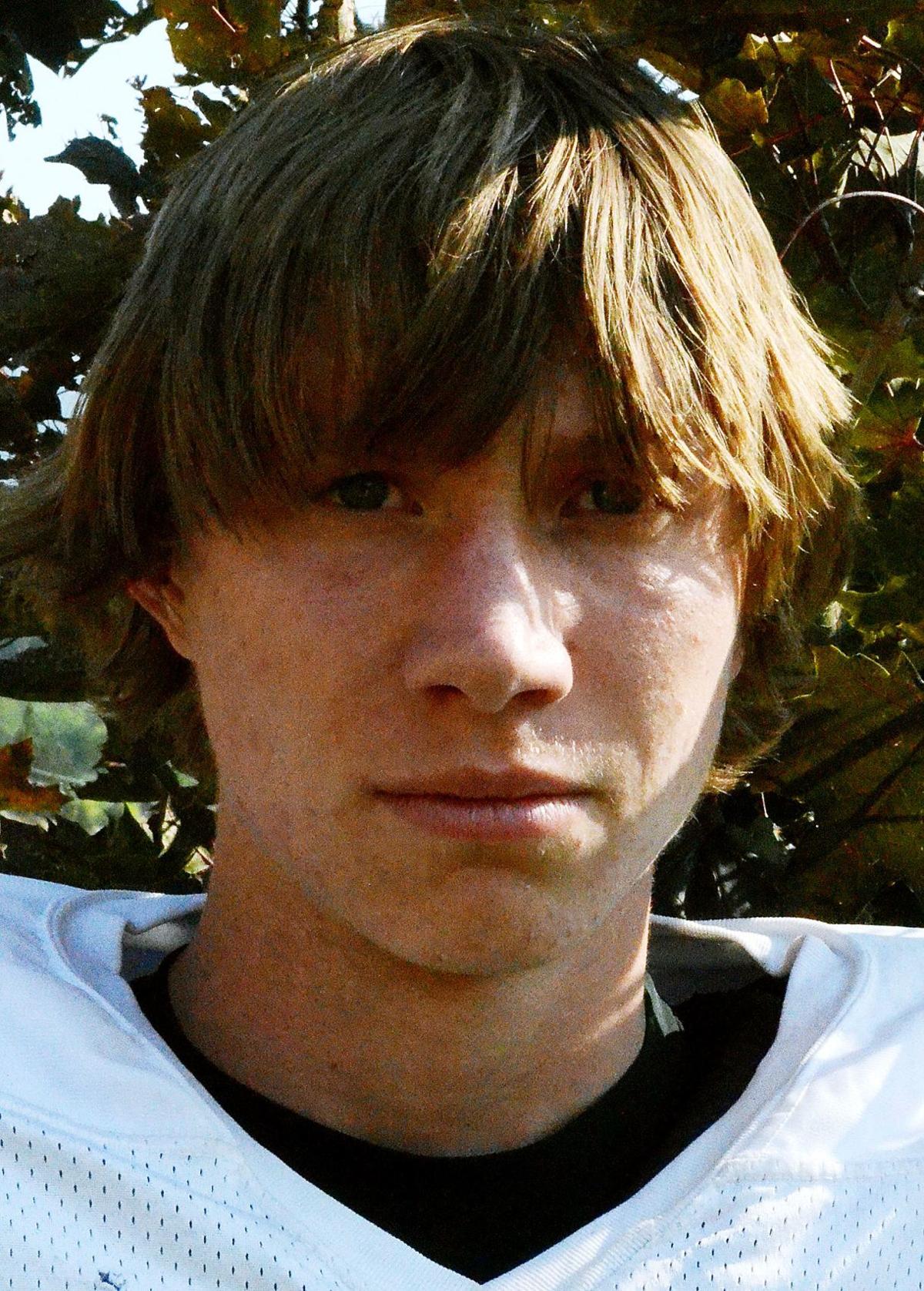 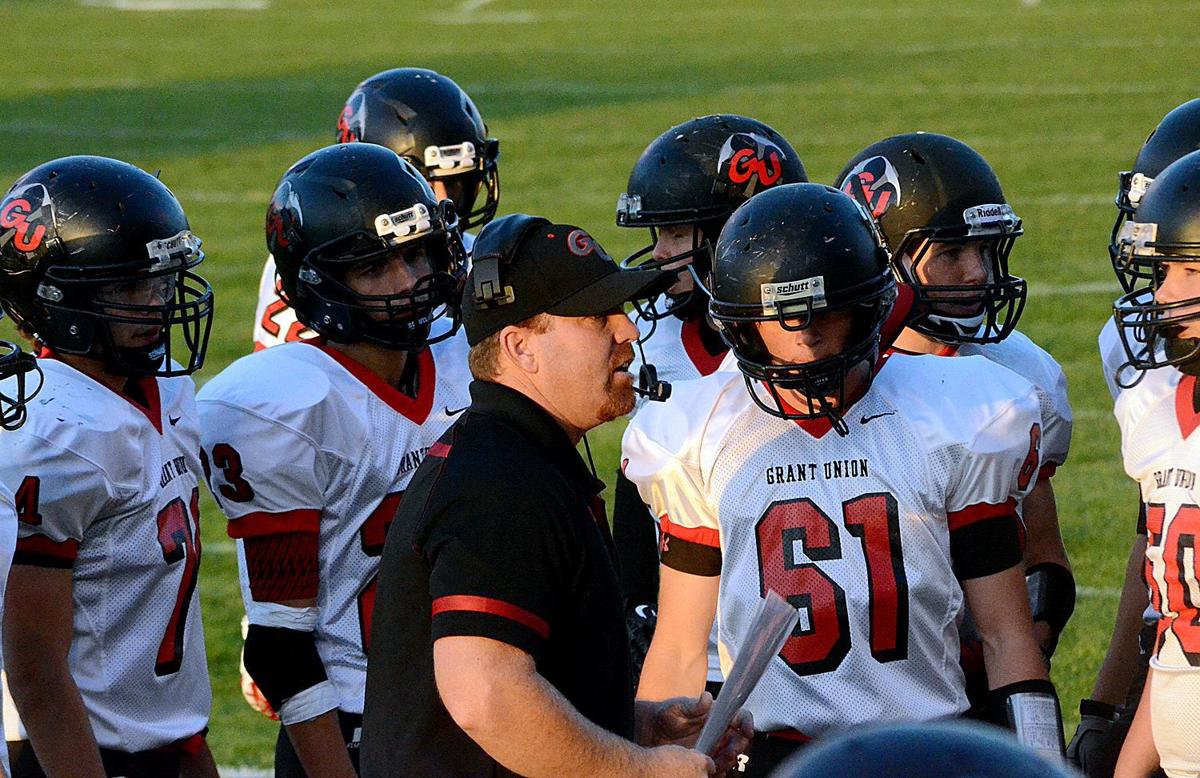 The Eagle/Angel Carpenter Grant Union Prospector Leonard Radinovich gets ahead of the Heppner opponents for a good gain, with help from teammates Justin Gravley (74) and Clayton Vaughn (56).

JOHN DAY – “Discipline, work ethic, commitment and loyalty” – all are qualities head coach Jason Miller is striving to ingrain in the 33 members of the Grant Union football team.

The Prospectors are making a fresh start this year with more than a dozen freshmen – some taking on major roles – in a new league.

There is “no clear distinction between JV and varsity, yet,” Miller said.

He’s led the Prospectors for six of his seven years coaching the team and is in his 19th year of coaching overall.

The 2A Prospectors face new opponents this year in the Wapiti League, up against some strong competition, Miller said.

“Burns will be tough, Enterprise is good, Imbler is tough, and Union/Cove has great numbers and will be much improved,” he said.

Always a rival, Burns joins the 2A ranks this year, moving down from 3A; and Imbler won the 1A state championship last year.

Grant Union graduated 17 seniors last school year, and many of them filled key positions to help lead the Pros to their 2013 state championship win over the Regis Rams.

Those 17 seniors endured tough seasons their first three years of high school, after going undefeated as seventh- and eighth-graders.

Returning to the team this year are some varsity players who are stepping up and playing hard, along with players from last year’s junior high and junior varsity teams. Those teams went undefeated in 2013.

“This year’s transition is tough,” Miller said. “But what a great lesson to show the freshman class – if you are committed and all stay together, you can accomplish the ultimate goal in high school football.”

While Grant Union has had a rough start to the season, Miller is keeping the focus on “execution and improvement.”

Pointing to the team’s strengths, he said, “They want to improve, they are tough, and they are fun to coach.”

“My hope for this team is to be running at full strength by the time league starts and reach their potential,” he said. “If we can do that, we can make it a tight race.”