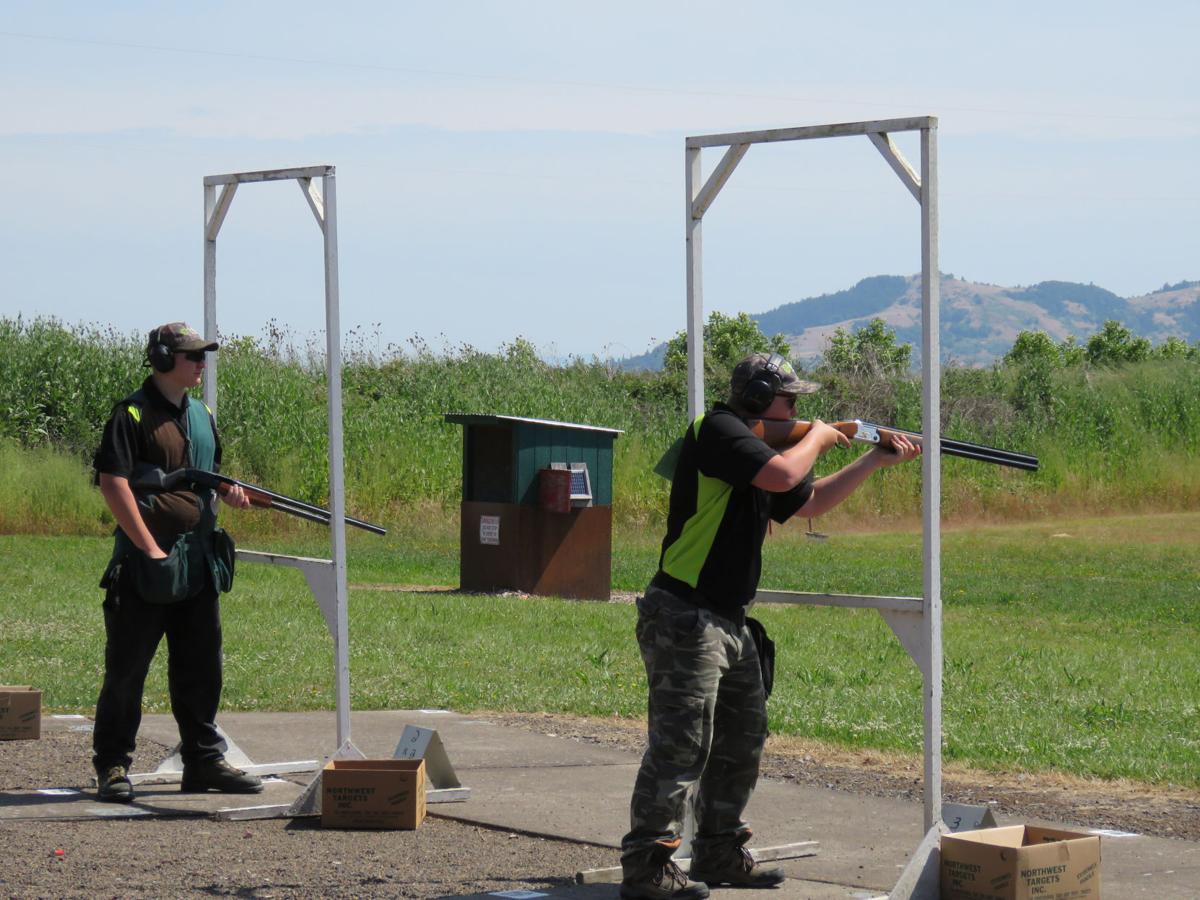 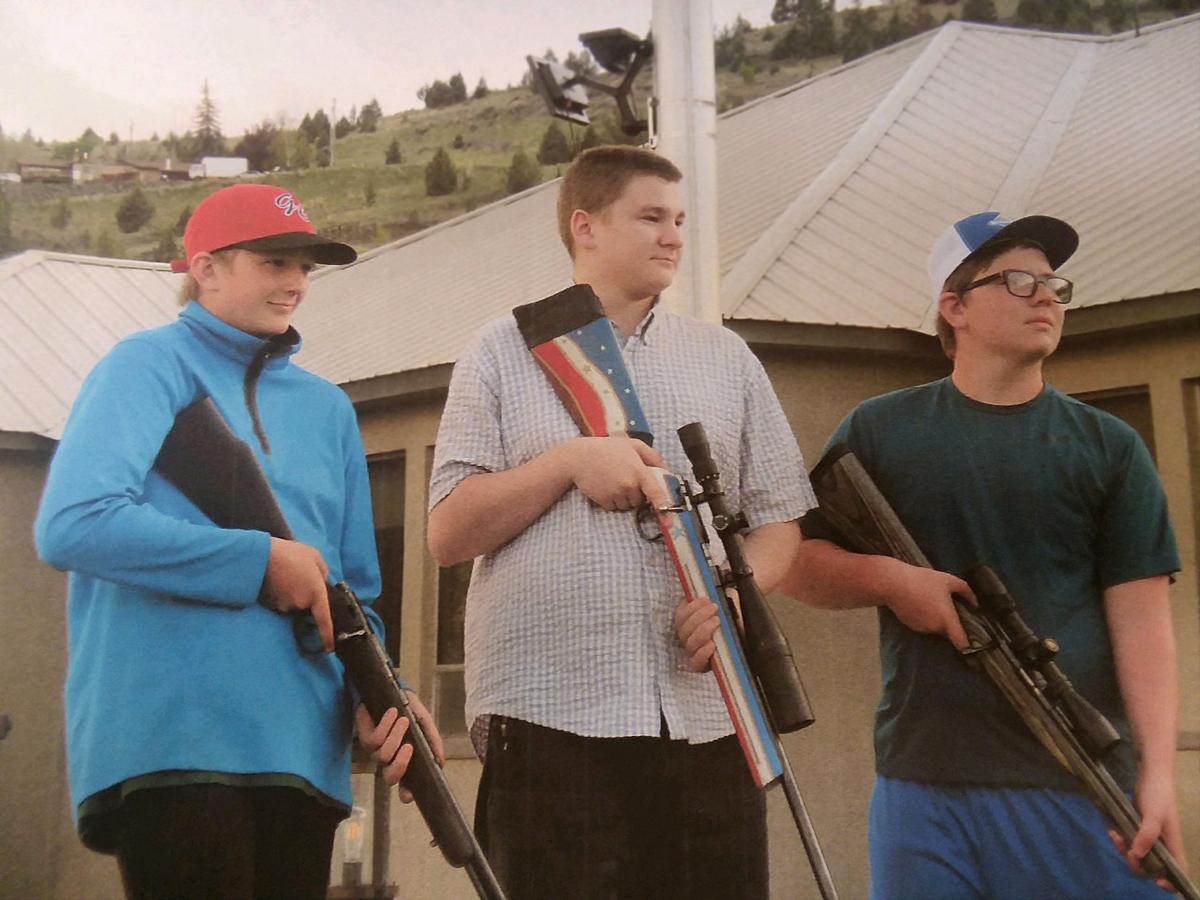 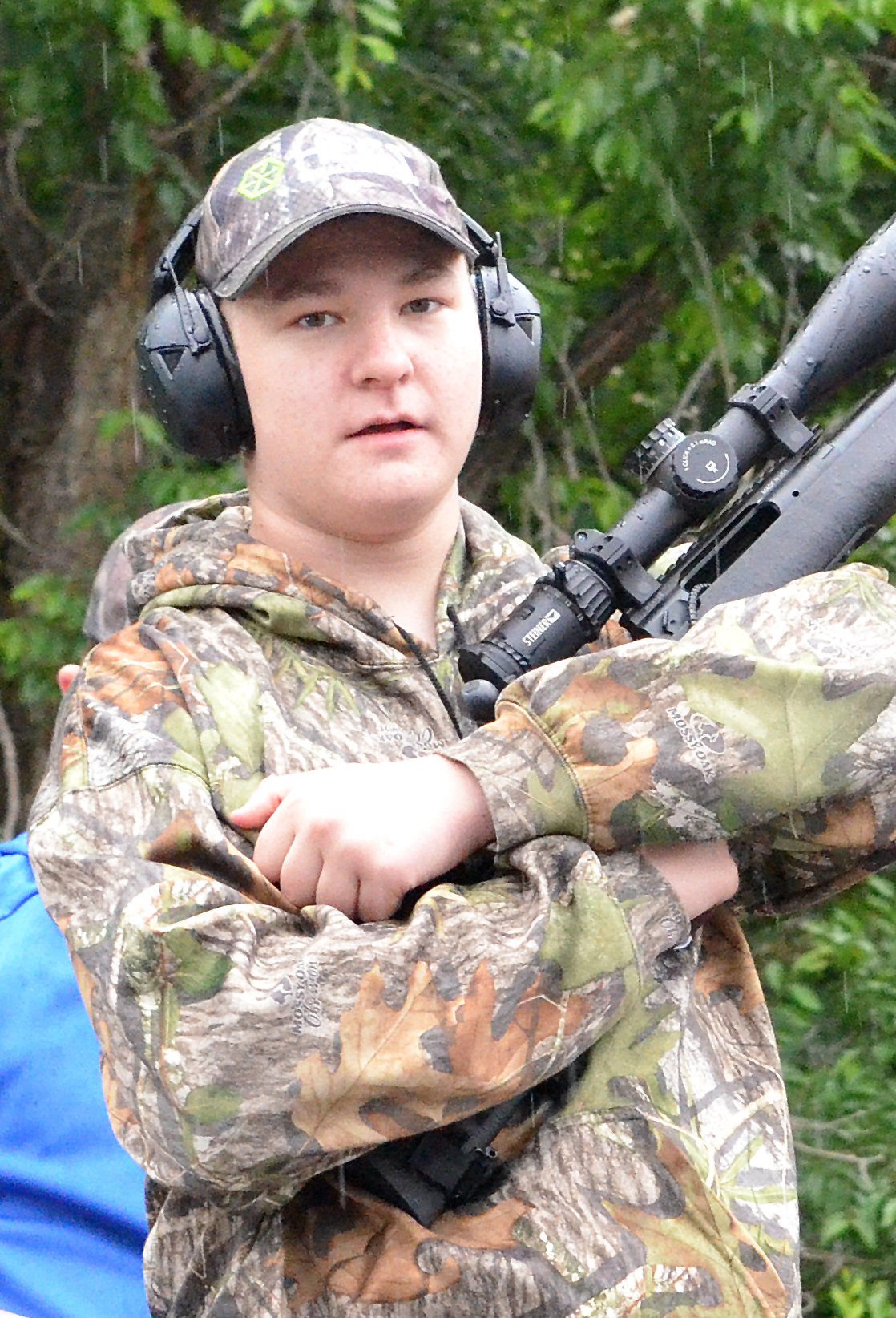 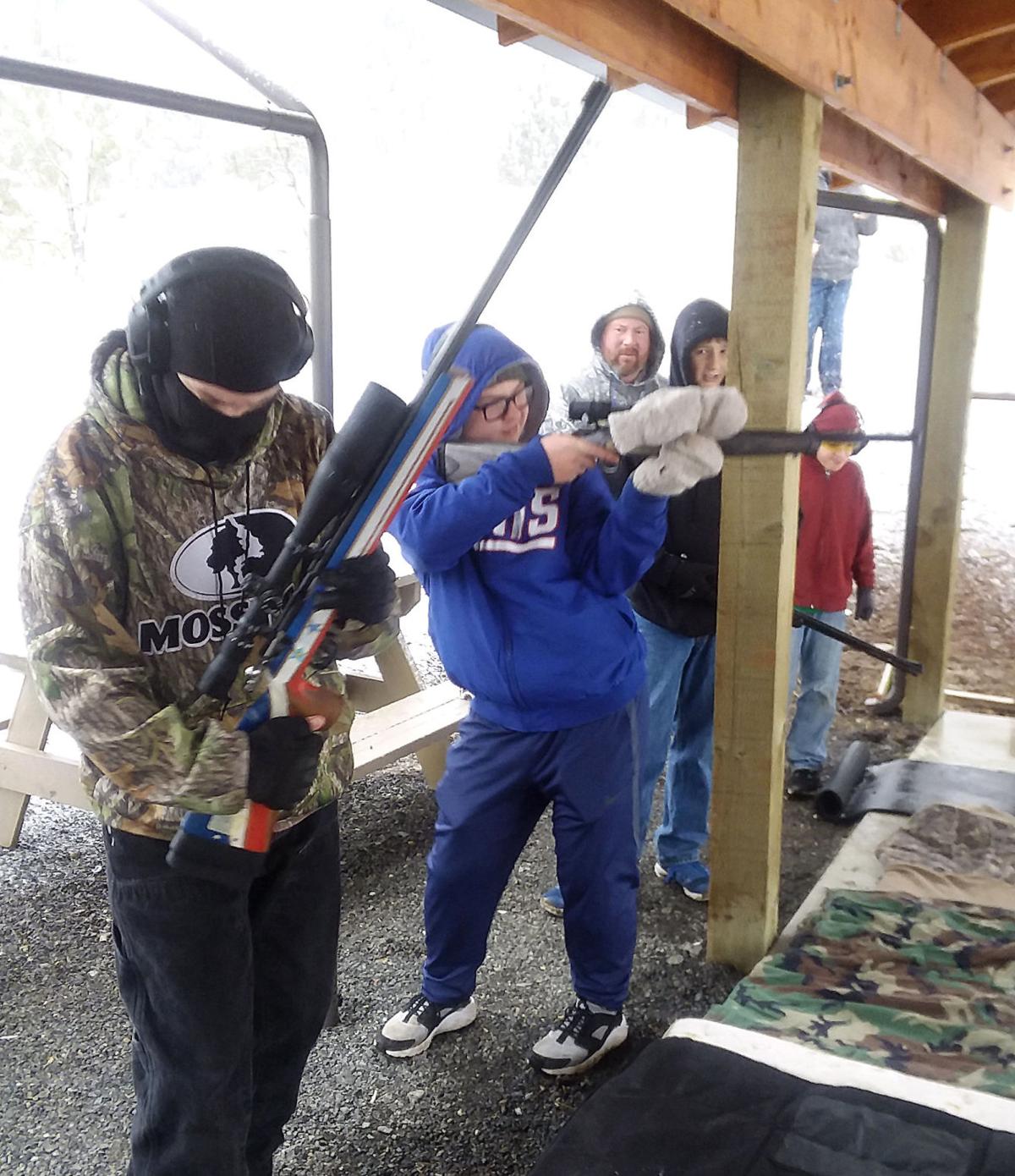 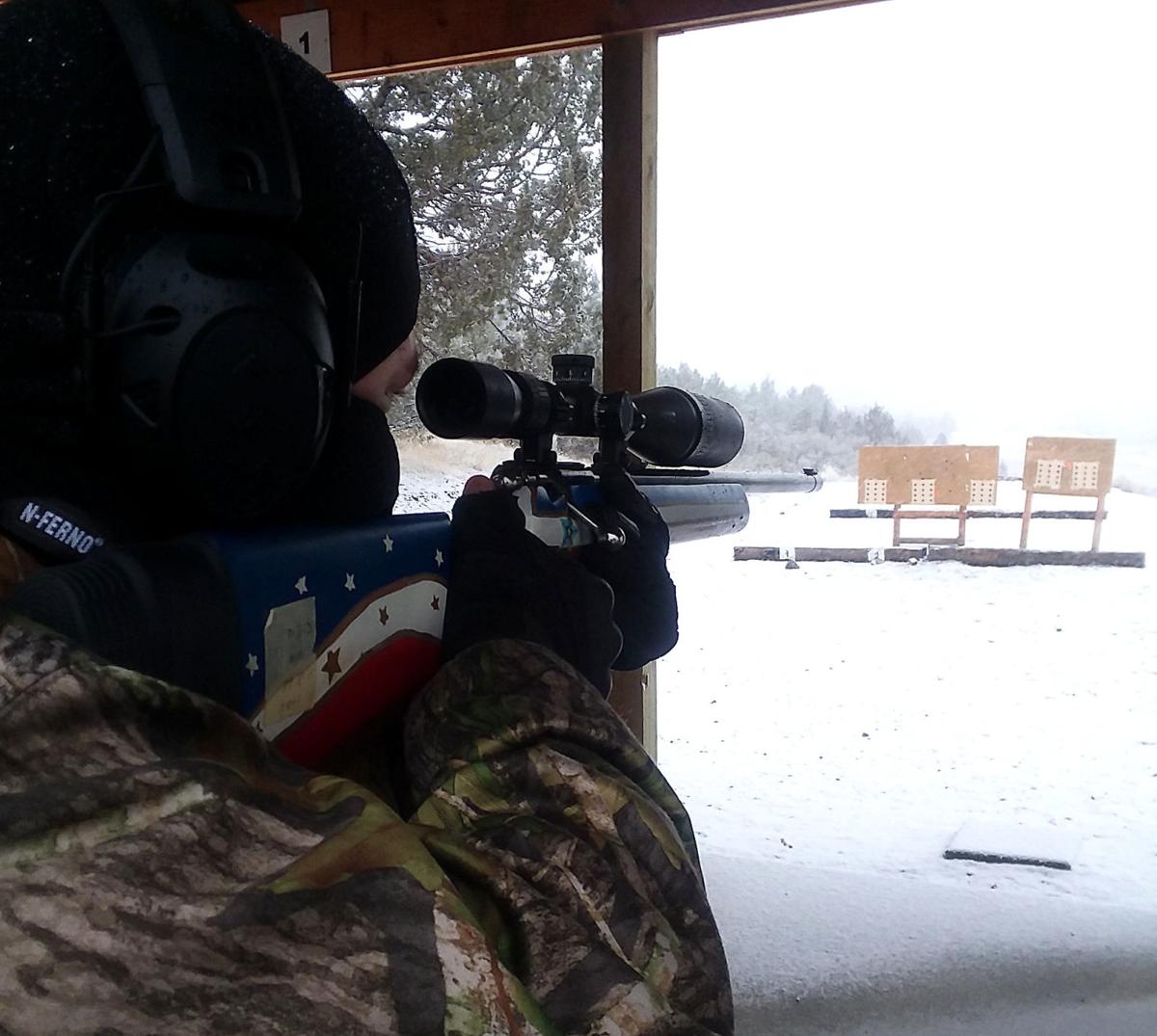 This was the first year the Sharpshooter club members have competed at the state level.

“The boys put in a lot of time training for the state shoot and much of that was in pretty harsh weather conditions,” said Steve Namitz, who coaches the team with his wife, Brenda. “The state competition went well, and I was very pleased with the boys’ performance.”

The event had 309 participants competing in 390 courses of fire, and each of the local boys earned at least one blue ribbon.

Bowden, 16, is the squad captain and competed in the advanced division. Logan Namitz, 14, and Gabbard, 12, are in the intermediate division.

“It was my first time going to state,” said Bowden, who was chosen to represent Grant County as a 4-H shooting sports ambassador. “It was really exciting to go and see how they put it together. They have an outdoor and indoor range, and an archery course throughout the back area.”

Bowden enjoys target shooting and said the sport has helped him learn skills such as being a better listener.

“It requires discipline and patience, because you have to think of a lot of things at once,” he said, adding it’s also helped him in school. “I’ve learned to slow down and take my time with things.”

As a shooting sports ambassador, Bowden will speak at various events, such as benefit auctions.

“I’ll go and tell people what it’s really about and how they can get their kids involved in it,” he said. “I need to represent the 4-H shooting sports in the best way possible.”

Their favorite event was the Five-Stand Hunter’s Course, which included clay pigeons placed at random angles, including some called “rabbits,” which skipped across the ground.

In the 3-D archery shoot portion of the event, the two released arrows at a velociraptor target.

Gabbard, who is in his first year with the program, competed in the entry-level track for small bore rifle and small bore pistol and said he hopes to compete in the hunting skills contest next year.

Logan Namitz, who’s been in the 4-H program for five years, said the club is fun and teaches useful skills.

“It improves my shooting skills, and I like the guys in the group,” he said.

He first learned to shoot at age 6 or 7 and has enjoyed hunting elk, deer, turkey and grouse since age 11.

“I enjoy hunting — the hunt itself, spending time with my dad and bringing home food,” he said.

The state competitors are now joined by a couple more members of the Sharpshooters as the Grant County Fair approaches on Aug. 15-18.

That group and other clubs and their leaders are preparing for competitions.

The results, with the youths’ completed targets, will be on display in the pavilion during the fair.

“It’s fun for the kids to go out and show their parents and friends their scores and how well they did at their shoot,” Bowden said.

Sign up for 4-H takes place in the spring, and paperwork is available at the OSU Extension office in John Day.

To participate in the shooting club, youths have to be 12 and older.

“They prefer you have a hunter safety license,” Bowden said. “It’s an extra step of training.”

He added, “Shooting sports is one of the safest out there and we want to keep it that way. That way the kids don’t get hurt, and we have as much fun as we can.”

Both Steve and Brenda Namitz said they plan to keep leading the Sharpshooters club.

“We will continue to up our game in future years,” Steve said.

“It was a great learning experience for the kids, and I look forward to going next year,” Brenda said.

70 at 50 podcast: Breaking down the 1970 Nebraska football roster, and how it worked so well

Mizzou Arena to be used as polling place for 2020 election