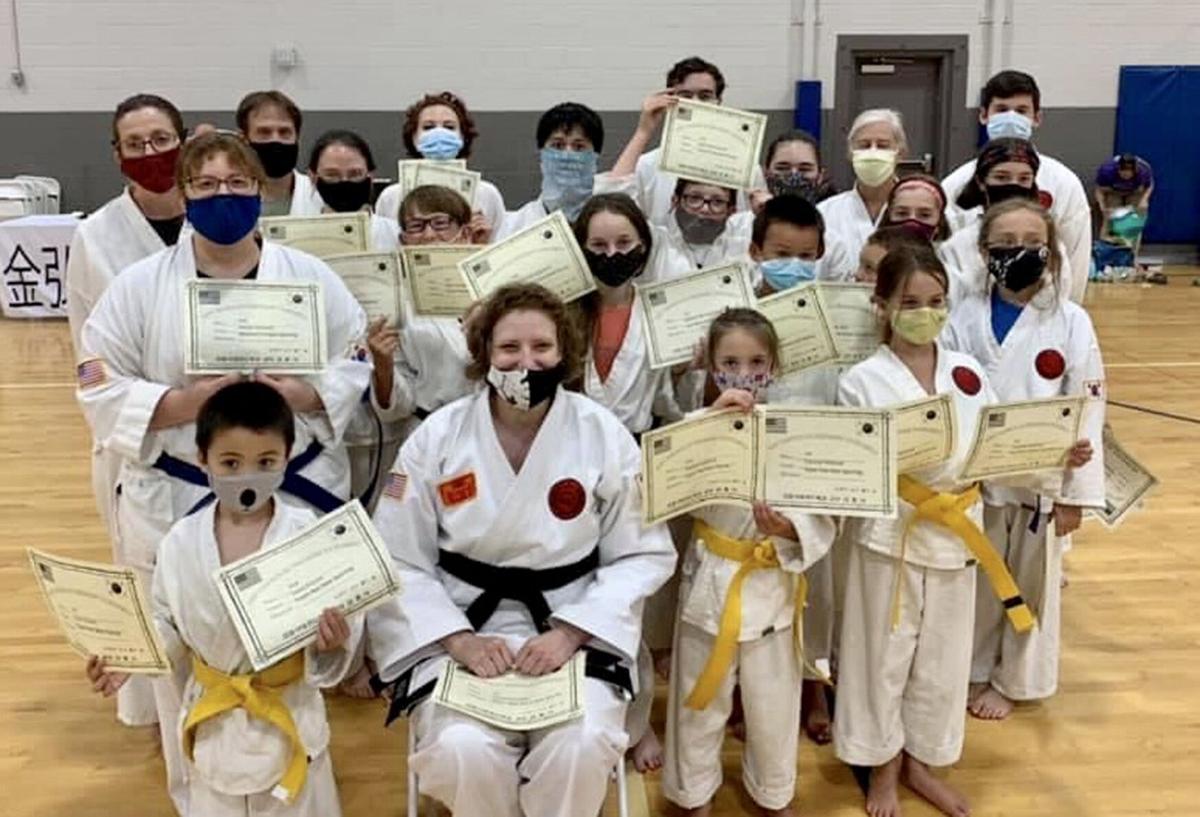 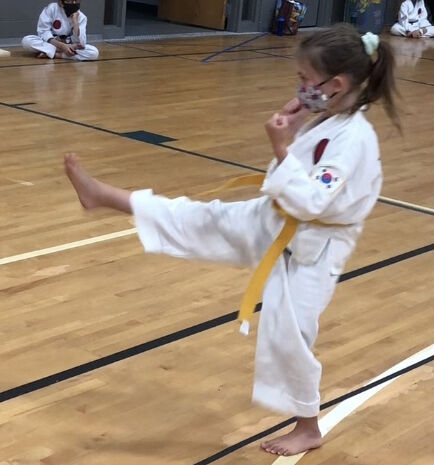 Fifteen students from Kim’s Tae Kwon Do of John Day won big in their first tournament in over a year.

The Taekwondo Boise Friendship Tournament was held July 10 in Boise, Idaho, with more than 100 competitors.

Instructor Laurel Coombs said that her students, 5 years old and up, practice twice a week.

She said Kim’s Tae Kwon Do is part of a larger organization that practices non-contact, traditional martial arts.

To earn a black belt, Coombs said, a student must compete in a tournament.

She said students in the second level to the eighth level competed at the tourney.

At the competition, she said, every belt level was considered a division and had men, women, juniors and peewees, and for much younger kids they had “super peewee.”

Coombs said, for sparring, students must show an incredible amount of control because it is non-contact. And the higher the belt division, the more difficult it becomes.

For example, she said a student competing as a white belt could score a point on their opponent from about 5 inches away, whereas a black belt actually has to touch an opponent’s uniform without touching the body.

Sparring matches go in two-minute rounds or can be won by the first person to score a total of three points.

In the forms event, she said students perform a combination of moves together in a specific pattern. She said each belt level has its pattern that they must learn and memorize. Coombs said, as students move up in belts, it becomes more complex.

She said the person who has the most precise technique and placement in the pattern would place higher at a tournament.

Coombs said each of her students put a lot of effort into the practice of tae kwon do. With that, she said she was not surprised to see how well they did at the tournament.

“They deserved every award,” she said. “And every single one of them walked away with at least one. There’s not many schools that can say that.”

These are character qualities she tries to instill in everybody that attends a tae kwon do class.

“These are life skills that you don’t just practice in a dojang,” Coombs said “You take that outside. This is a part of your life. This is how we live.”

She said she sees those qualities growing in each of her students as they continue along in the classes.

She said tae kwon do takes a long time to move forward, and students must be consistent and diligent. However, Coombs said students gain newfound confidence when look back at their accomplishments and tell themselves, “I did that.”

In addition to the confidence students build, the tournaments give them a strong sense of belonging.

“There is an incredible sense of community,” she said. “Tae kwon do benefits encompass the whole being — physical, mental, emotional and social.”

Surfer Kanoa Igarashi on how Tokyo 2020 is bringing Japan together

No offseason, no problems? So far in camp, Aaron Rodgers ‘just in total command out there’