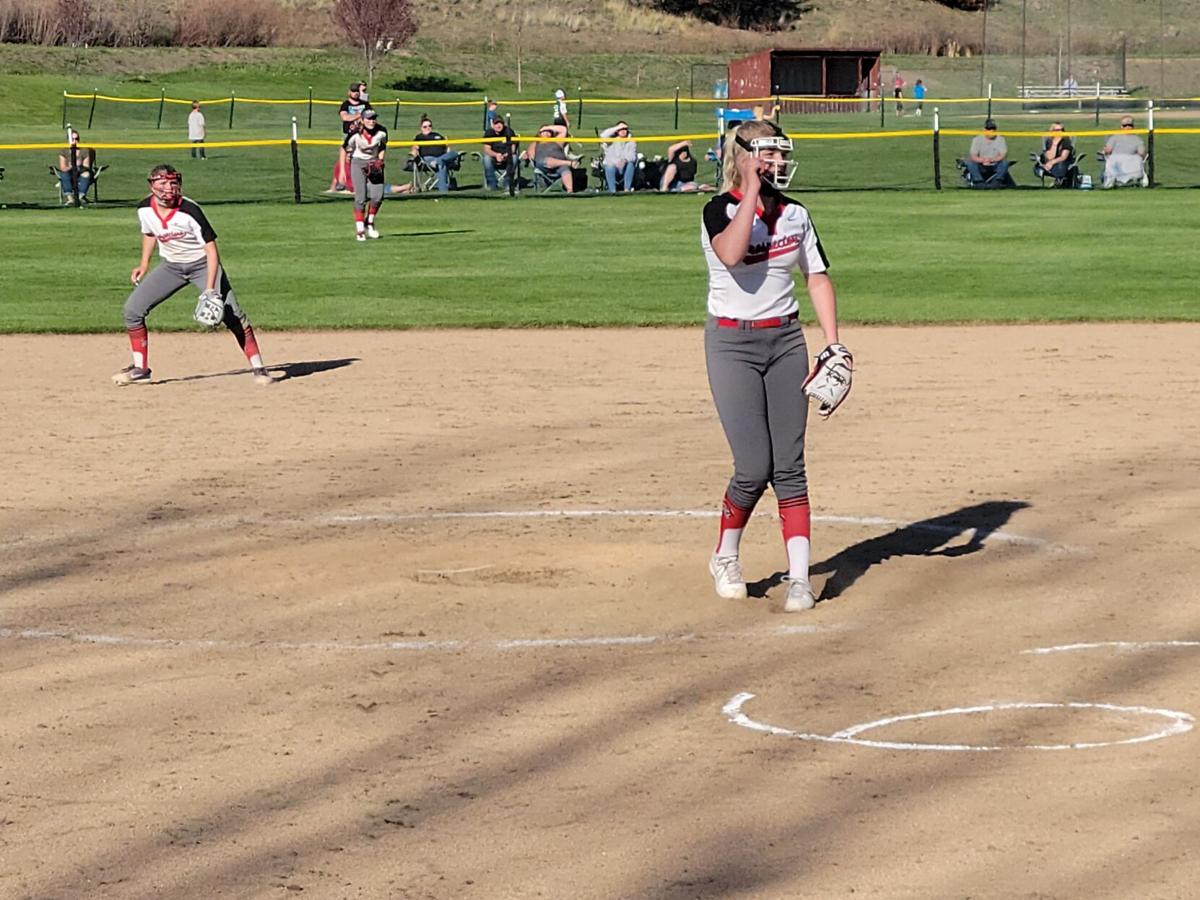 Drewsey Williams pitches April 28 in the final inning of the Lady Pros’ 7-6 win to sweep a doubleheader over Pilot Rock. 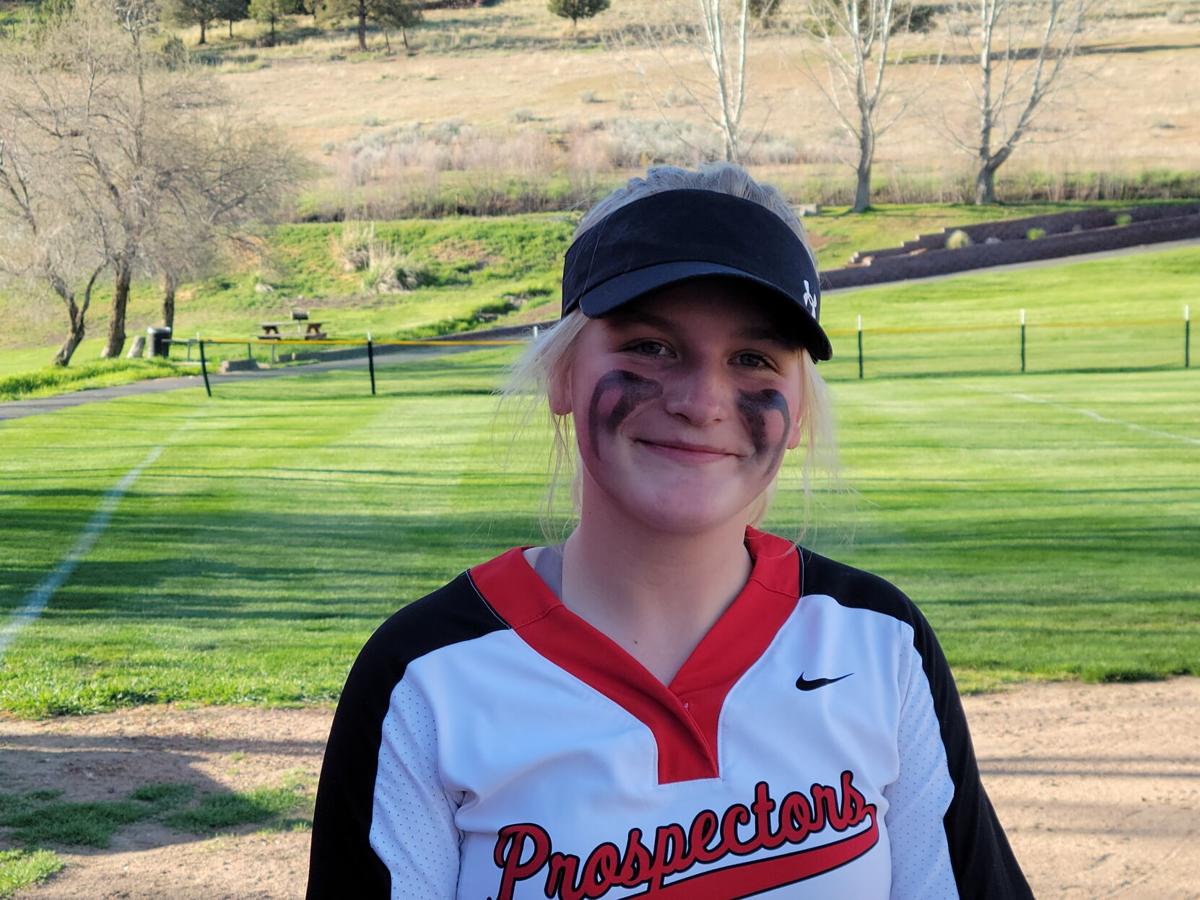 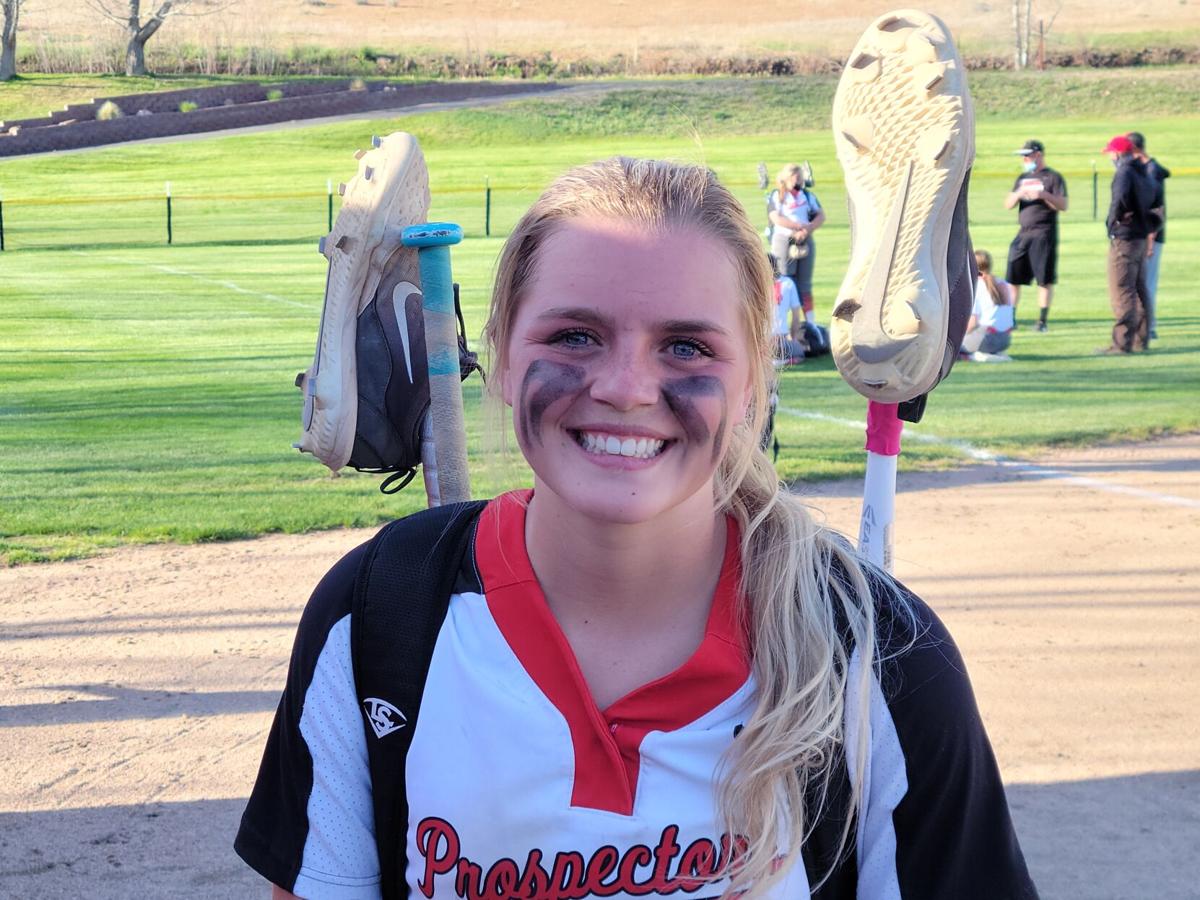 Drewsey Williams pitches April 28 in the final inning of the Lady Pros’ 7-6 win to sweep a doubleheader over Pilot Rock.

The Grant Union/Prairie City Prospectors softball team is 4-1 after winning three in a row last week.

The Lady Pros picked up a pair of wins Wednesday, sweeping Pilot Rock in a doubleheader, routed Heppner Saturday 12-1 and are undefeated in league play.

In Wedesday’s doubleheader, the Lady Pros pounded the Rockets 5-1 in the first game and eked out a 7-6 win in a nailbiter that saw solid defense by senior infielder Jordyn Young and a solid relief effort by freshman pitcher Drewsey Williams.

With the bases loaded, Williams faced the top of the Rockets’ order and made a heads-up play, doubling up base runners on a ground ball to lock up the win on the girl’s senior night game.

In the first game, Young said the team hit the ball well and did not let any runners score.

“It’s always stressful going in, especially with a runner on third with the top of the order coming up,” Williams said.

Williams said Young’s heads up play that got a runner out on second base helped the team button up the win.

“It really helped,” she said.

Young said the infield thought the runner would round second on a grounder, but she hesitated. She said she saw the runner was between the second and third and made the tag for the final out.

She said it was special to come back and win a doubleheader on senior night, Young said, given that they split a doubleheader the day before, winning the first game 8-3 and dropping the second 12-10.

With it being senior night,” she said, “it was pretty emotional.”

Next up, the Lady Pros will host Union/Cove in a doubleheader Wednesday, with the first pitch at 2 p.m.

In rare series loss, Arizona Wildcats reminded how packed the Pac-12 is at the top

'What are you doing here?': Lorna Falconer's fight to break football's glass ceiling