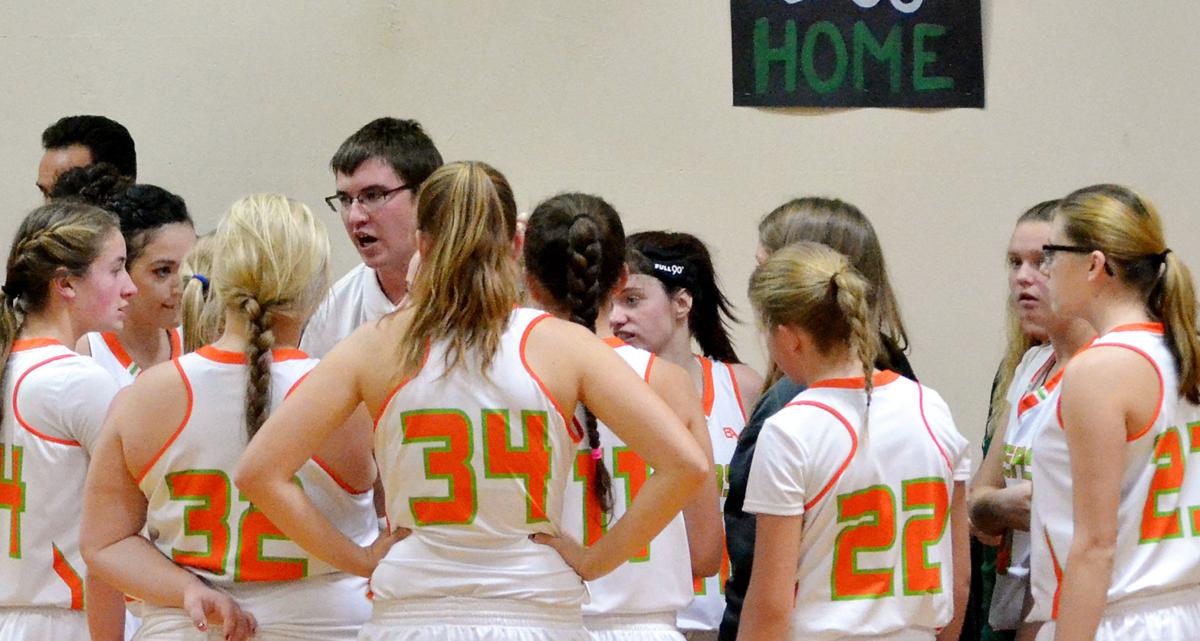 Monument/Dayville Tiger head coach Taylor Schmadeka gives his team a pep talk during a fourth-quarter time out in the Dec. 13 game against South Wasco County. 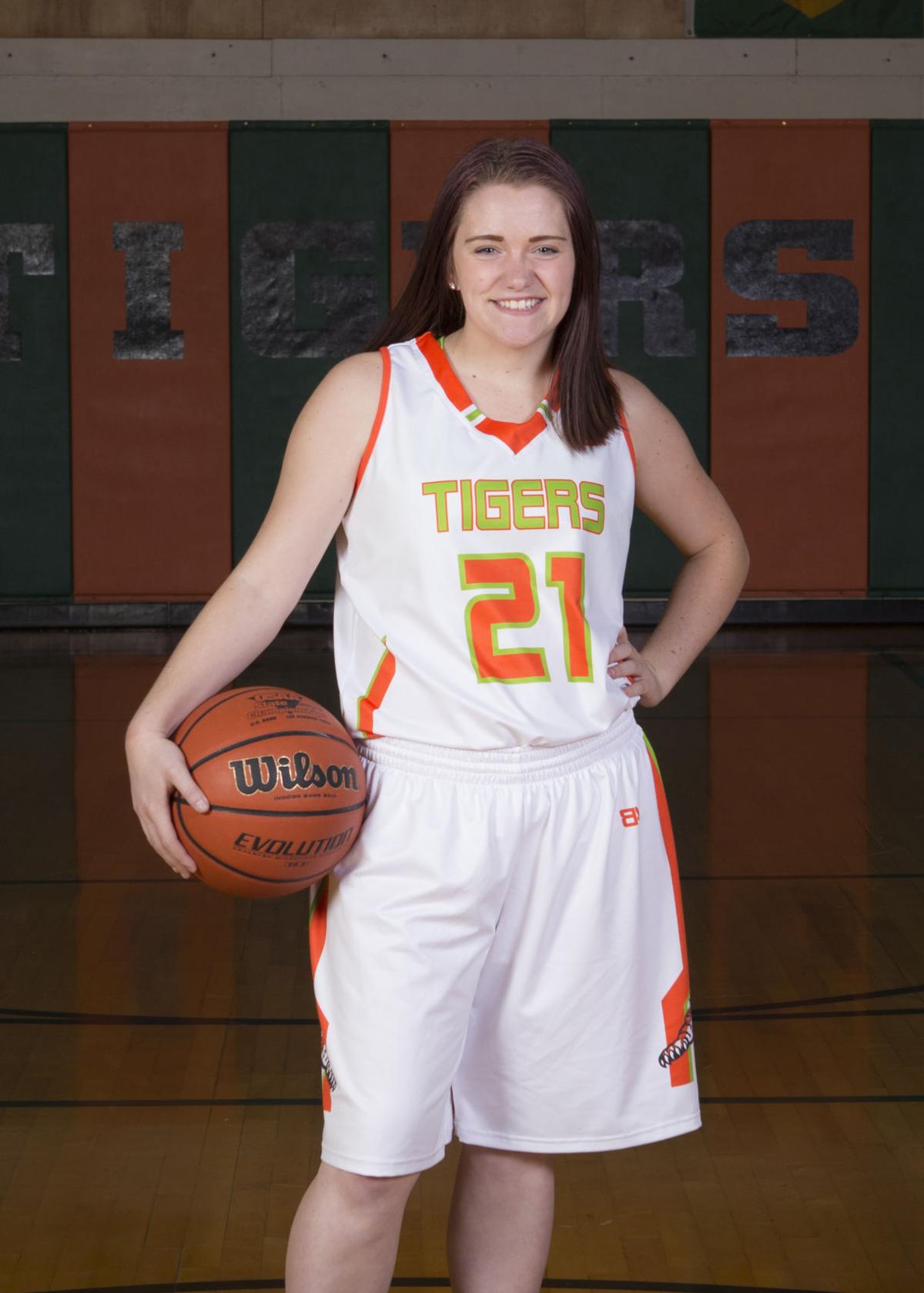 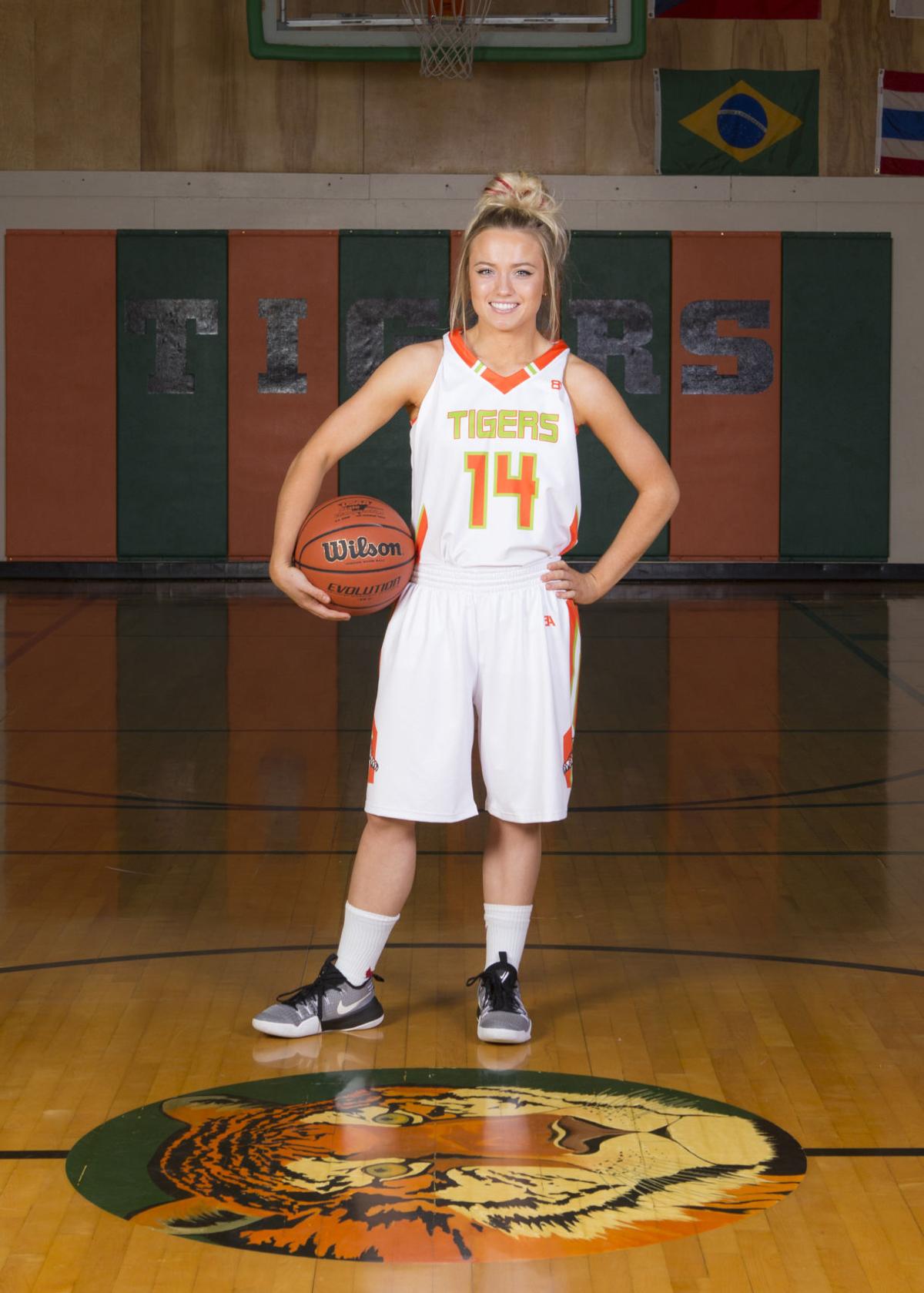 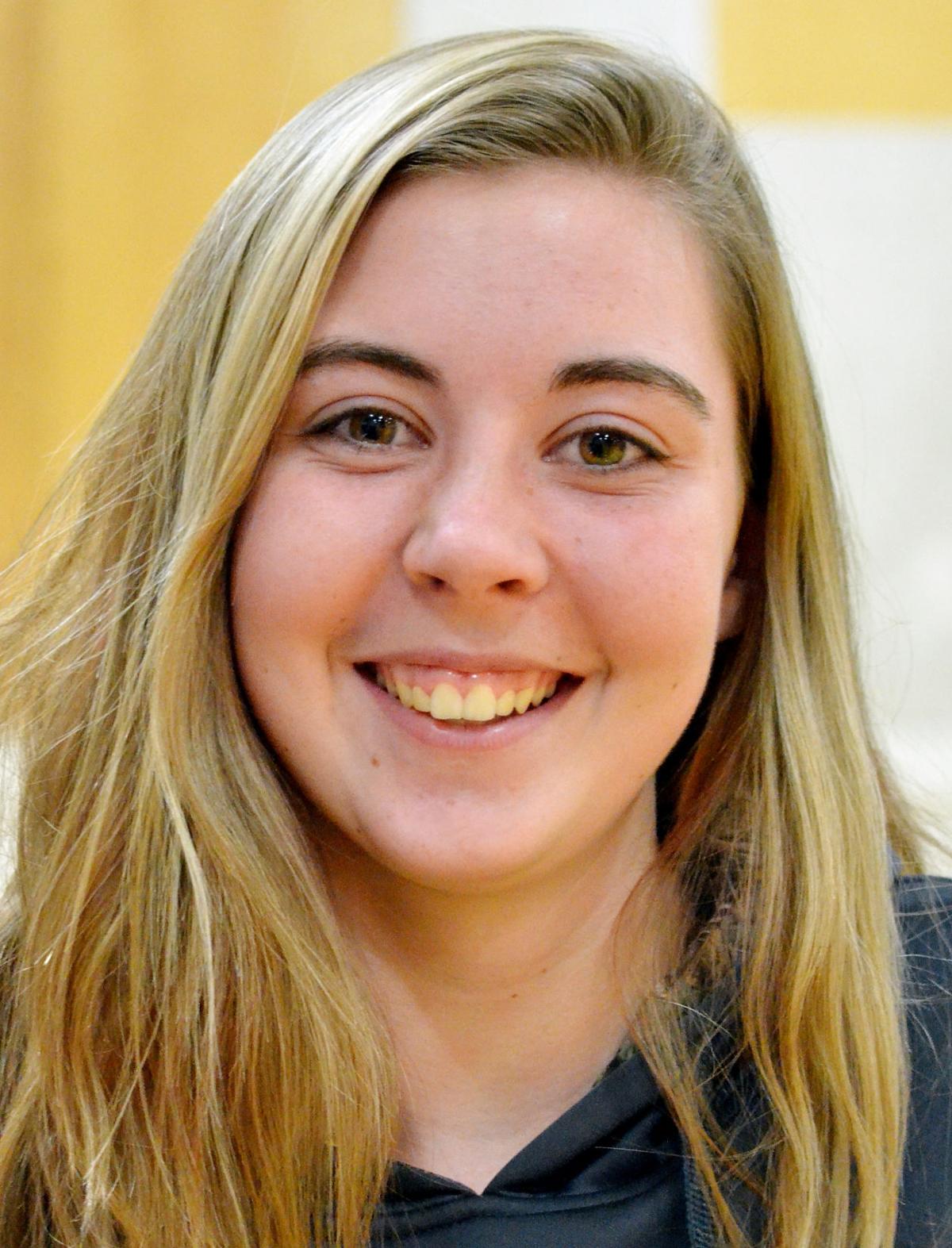 Monument/Dayville Tiger head coach Taylor Schmadeka gives his team a pep talk during a fourth-quarter time out in the Dec. 13 game against South Wasco County.

The 1A Monument/Dayville Tiger girls are moving along at a good clip.

Head coach Taylor Schmadeka, in his second season coaching the Tigers, says their focus is playing with intensity and having fun, a formula which seems to be working.

So far, the team is 4-4 in the preseason. Two of the losses and one win were to 2A teams.

“Our goal is to keep having them play hard every day, even if they’re losing — never give up and have fun,” Schmadeka said.

Seniors Kendall Hettinga and Ravyn Walker are returning varsity starters, and Cheyenne Nichols is new to the team.

He said Walker is an asset to the team, offensively and defensively.

“Ravyn always plays strong defense, and she’s one of the best shooters on the team,” Schmadeka said. “She handles close games well — she’s played in other pressure situations in other sports.”

Schmadeka said, although Nichols is new to the team and sport, she arrives at practice ready to learn.

Each senior said the team is working well together and shared a positive outlook on the season.

“We act like family,” she said. “We encourage each other a lot, and when someone’s feeling down we talk them up. I feel like it gets everyone’s attitudes up and their spirits and gets them ready for the next game.”

Hettinga said she’s proud to be part of the team.

“The chemistry is amazing within our team. We care about each other more than we care about ourselves. Sharing the love of basketball makes our games even more intense,” she said. “The league needs to be prepared because Dayville/Monument wants it.”

Schmadeka said it’s anyone’s game in league, and they won’t look past any team.

“It’s going to be a tough battle, every game,” he said.

He said he enjoys coaching the team of athletes who are all “coachable.”

“They always come to practice ready to practice with full intensity,” he said. “They like having fun, but they know when it’s time to be serious.”

It was a hard-fought contest, and the Tigers came out victorious with a 37-36 overtime win.

It was a slow start for both teams, the Tigers trailing 10-8 at the half.

“The turning point was late in the fourth,” said Tiger head coach Taylor Schmadeka. “Our defense got some turnovers for us.”

Tiger Ravyn Walker didn’t waste a second in overtime, sinking a three-point shot out of the gates. She also scored two points at the free-throw line on the shot.

The Redsides followed with a three-pointer, the Tigers leading, 31-27.

Monument/Dayville pulled further ahead when Bailey Thomas scored a free-throw point and Walker scored on a steal.

Headed down the stretch, Hettinga scored at the free-throw line, adding three points on two trips.

Those points were key to the Tigers’ win as South Wasco scored twice in the final seconds of the game.

Here's how former Wildcats, Tucsonans fared in Week 6 of NFL season — and who they play this week