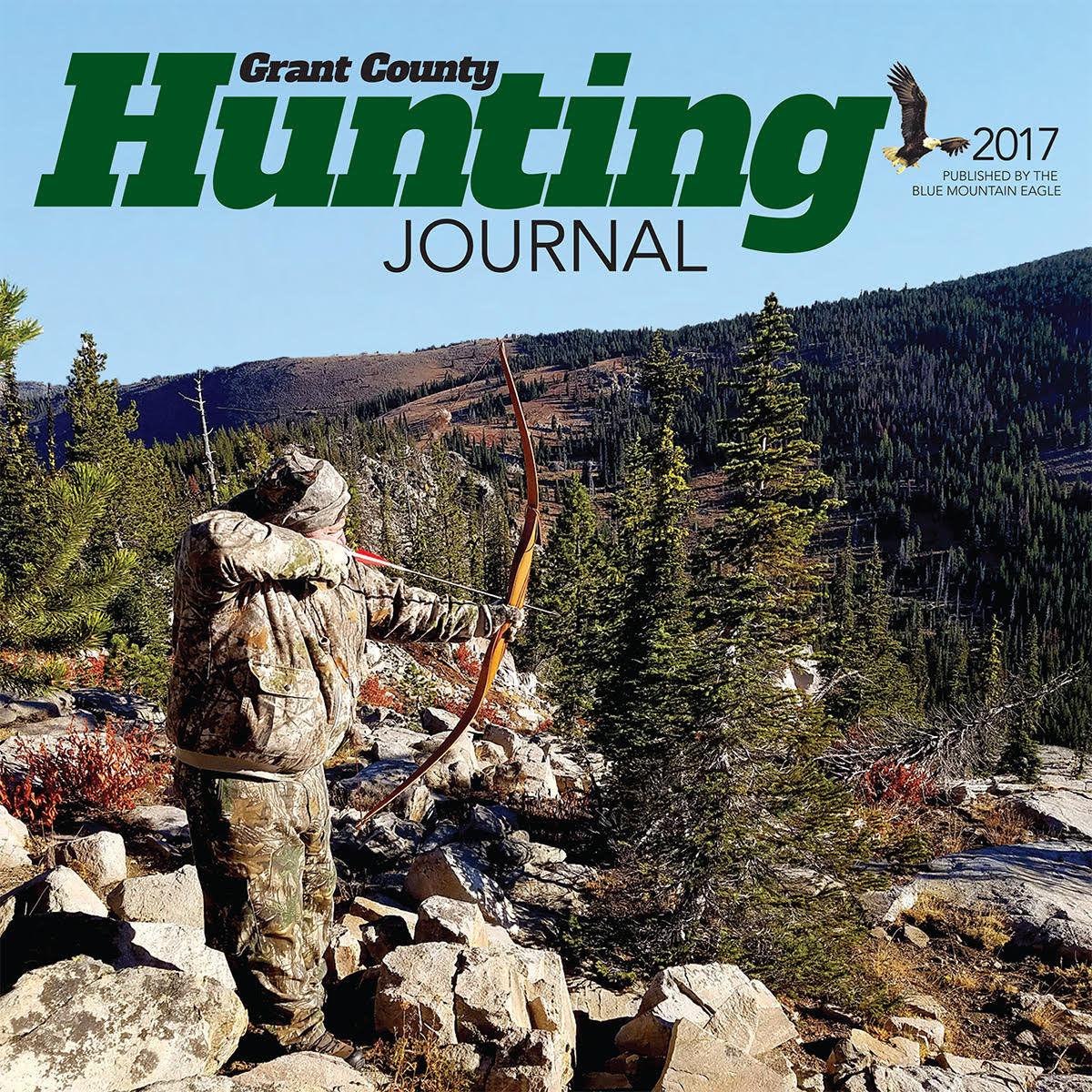 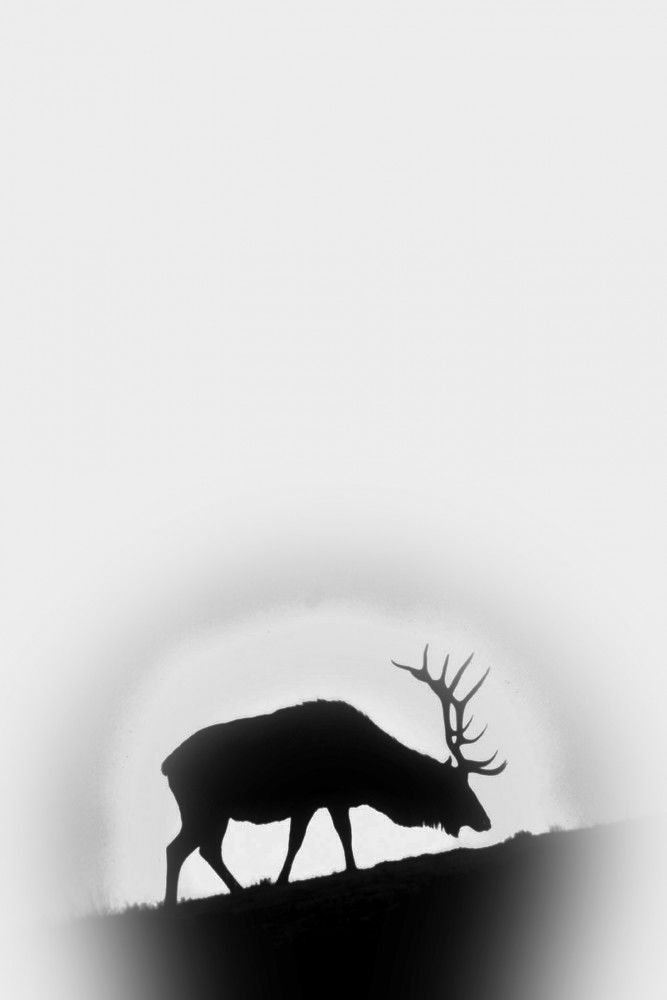 The sun was setting low over the canyon wall, the light filtering through the trees in a golden glow of shadows and light of the day’s end. September 2006, it was the end, the time for change, the aspens’ leaves had changed along with the tamaracks’ needles glowing and showering the forest floor in a layer of golden comfort. It was the final day of archery season, the final sunset, the final hour. I asked Tracy to give one more bugle to the elk that had so wittingly played tag with us through the month.

He looked at me and let out a gruff growl with the bugle, then brought it up to a piercing scream, then brought it down to three puffs. It was our final farewell. We listened intently to see if any would answer, our ears burning for a hint of acknowledgment. A sense of respect filled me for those phantoms that echo their presence through the darkness, announcing their dominance in a mystic ghost like way.

A chipmunk scurries down a log, about five feet away. He sits up flittering his tail in an anxious way, forever nervous and busy. A black squirrel begins to chirp, then chatter to our right, distracting our ears from what we really want to hear. I focus, going beyond the chatter. Two more squirrels start scurrying around a tree behind us, giving their breathy little giggles as they play tag on who owns that tree, going one way then the other, up and then down, one chasing the other. My ears strain to go beyond their life, listening for a throaty response of another bull, or the gentle mew of a cow elk. A pine cone hits the ground behind us, a crack of a few branches before us. Could it be? Tracy and I sit motionless, becoming pine with the mountains. The crows floating overhead, casually giving off a sound of warning to the chipmunks to beware.

Then just like magic, all is silent. Dead silent, not a bird, a bee or a squirrel makes a sound. The wind is even still for the magic moment. It was as if all stop to listen and to watch the sun give its final rays of light to the moon. I quiet my breath as we sit, out of respect of the forest. Something beyond our comprehension of our busy life. It is like a stadium of people giving a moment of silence for lost ones. When peace gathers around every soul and all differences are set aside and respect is given to just existence. For those animals that had died that day to feed others, for the plants that feed the animals, for the springs that seep out into pools of murky water to let all gather and wet parched lips.

Then it is time to move on, to take another step forward to whatever the night brings, the squirrels start their chatter, the hawk beats its wings and lets a cry out for all to know he floats within the wind. We stand. Then together Tracy and I head out of the north side of the canyon. A chill has filled the air. There is no reply of the elk we had been among this month. They had won the game. The night life begins around us as the forest moves through the daily rituals. A coyote starts screeching an eerie yip, yip, yip to others on the other side of the canyon; they reply. Checking in, I suppose. Maybe looking for who has had luck with their hunt. Maybe hoping to get a bite of dinner from others’ skill.

It is after dark when we got to the truck. The click of the door latch as we return to out rig is almost deafening. Out of the darkness the blinding dome light comes on. Although our hunt is over for the season, we still whispered and moved quietly around the truck. I guess out of habit more than anything, maybe respect. Seemed kind of silly to click the door shut as we get in. Tracy puts the key in the ignition, turns it and fires up the diesel engine, the rhythmic rumble comes to life and the forest fades away. Tracy puts it in gear, and we leave well enough alone. We laugh a little at our disappointments along with our appreciation for all we had witnessed before silence takes us into our own thought of a season’s worth of hunting. The memories are bittersweet, yet the stories that we would tell will do the experience no justice. For how does one express having a silent bull sneak up behind you at 15 yards, before he gets your wind. And who calculates who jumped the highest when he finally does and crashes through the trees. Then the unbearable silence that comes after, like he was never there, except for my heart pounding in my ears. Who could explain the grin on Tracy’s face as he had watched it from across the creek on the other side. And him holding up his fingers above his hat to show me it was a bull.

How does one explain the fresh bear tracks in the dust before you on the trail. So fresh that we could see the lines of the ball of his foot from where he walked.

Or the baby bobcat running down the dirt road in front of us, how he looked for a tree that he could climb and hide in, peering down at us with eyes as wide as saucers. So well camouflaged we had a hard time finding him on the limb.

Who could express the excitement of spying a four-by-three bull, before season, still in the velvet at 100 yards, grazing on the berry bushes. Being able to watch him for 30 minutes, stripping bushes of their leaves. After he had crossed the bridge, we relished in the moment and stood to leave, crossing the open meadow before us to head back to the truck. Thinking our experience was over only to have Tracy grab my arm.

“Don’t move,” he said as he froze in his mid stride.

To the right of us was a small five-by-five bull. He had just rubbed his horn,s and they were blood red. He had pinned us. We stood there, and stood there, and stood there, frozen to the pose we stopped in, until our muscles ached. Waiting for the bull to make the first move. His head was alert, velvet hanging in strips from his horns. The season was changing and his body with it. Changing from casual herbivore, content in browsing through the day into a testosterone-filled, horned animal, aggressive and assertive toward the heat of the rut. His body was stiff, alert. He was testing the air but couldn’t find the signs he was looking for. He dodged behind a little bunch of trees, gave a couple of barks as a warning sign that something was strange in this canyon, then disappeared like he was never there. No crashing, no noise at all. Just a phantom that exists in our imagination only to be witnessed then disappear.

To witness all of this and be a part of all that is, leaving no sign that we were there except footprints in the dust or maybe a broken limb now and then. We were part of the forest, part of life, part of the energy forces that make living worth the experience. The patience, the willpower to cross the country that lay before us, the drive to be where we needed to be and the almost of drawing a bow back and being a part of the circle of life. What more could anyone ask for? For Tracy and I, not much, not much at all.