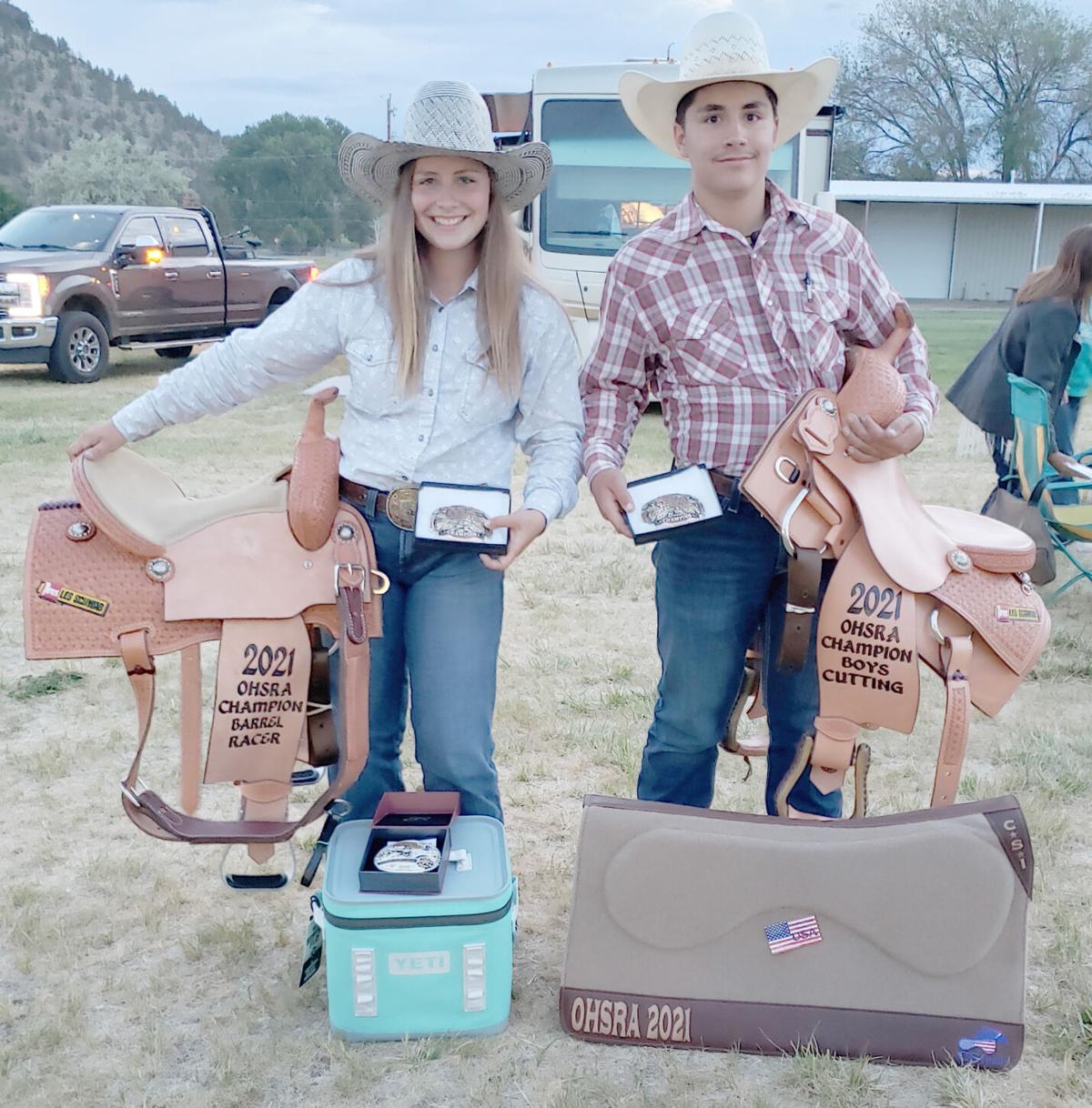 Sam and Bailey McCracken pose with the saddles they won at the state rodeo competition. 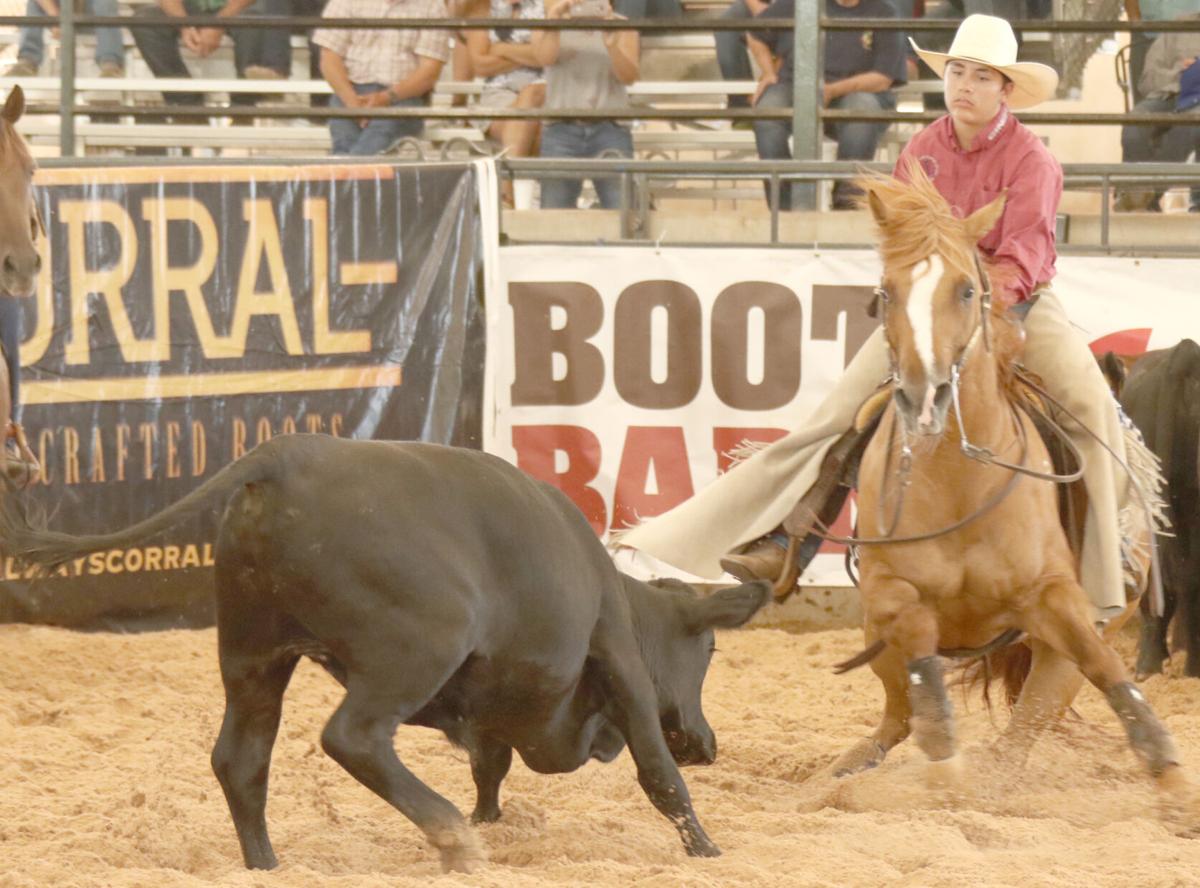 Sam and Bailey McCracken pose with the saddles they won at the state rodeo competition.

Sam McCracken, a senior, took first place in boys cutting, an equestrian competition where a horse and a rider demonstrate before a panel of judges both the horse and rider’s ability to handle cattle. He took second in reined cow horse.

His sister Bailey McCracken, a sophomore, took first place in barrel racing, an event where a horse and rider attempt to run a pattern around barrels in the fastest time.

Additionally, she took fourth in cutting, eighth in pole bending and was named Rookie of the Year in Oregon.

This was Bailey’s first year at the state finals.

“I was pretty nervous before each of my go-rounds,” she said. “But I just did what I usually do.”

She said it felt really good to hear her name called to walk up to receive the championship saddle for barrel racing.

Bailey said she was unsure if she would win Rookie of the Year. She said the officials add up the points for all of the freshmen contenders, and she said there were a few others who had several points.

“It was really surprising because I wasn’t sure if I was going to win or not,” she said.

The siblings will head to the National High School Finals Rodeo July 18-24 in Lincoln, Nebraska.

Bailey said competing at the national level with her brother is going to be “crazy.”

“It’s going to be a lot of fun going there and competing with Sam,” she said.

Another Prospector, Jack Strong, rode three bulls at the state competition and was close to riding his last bull in the final go-round but could not make it. He had a good time and is looking forward to his next rodeo.