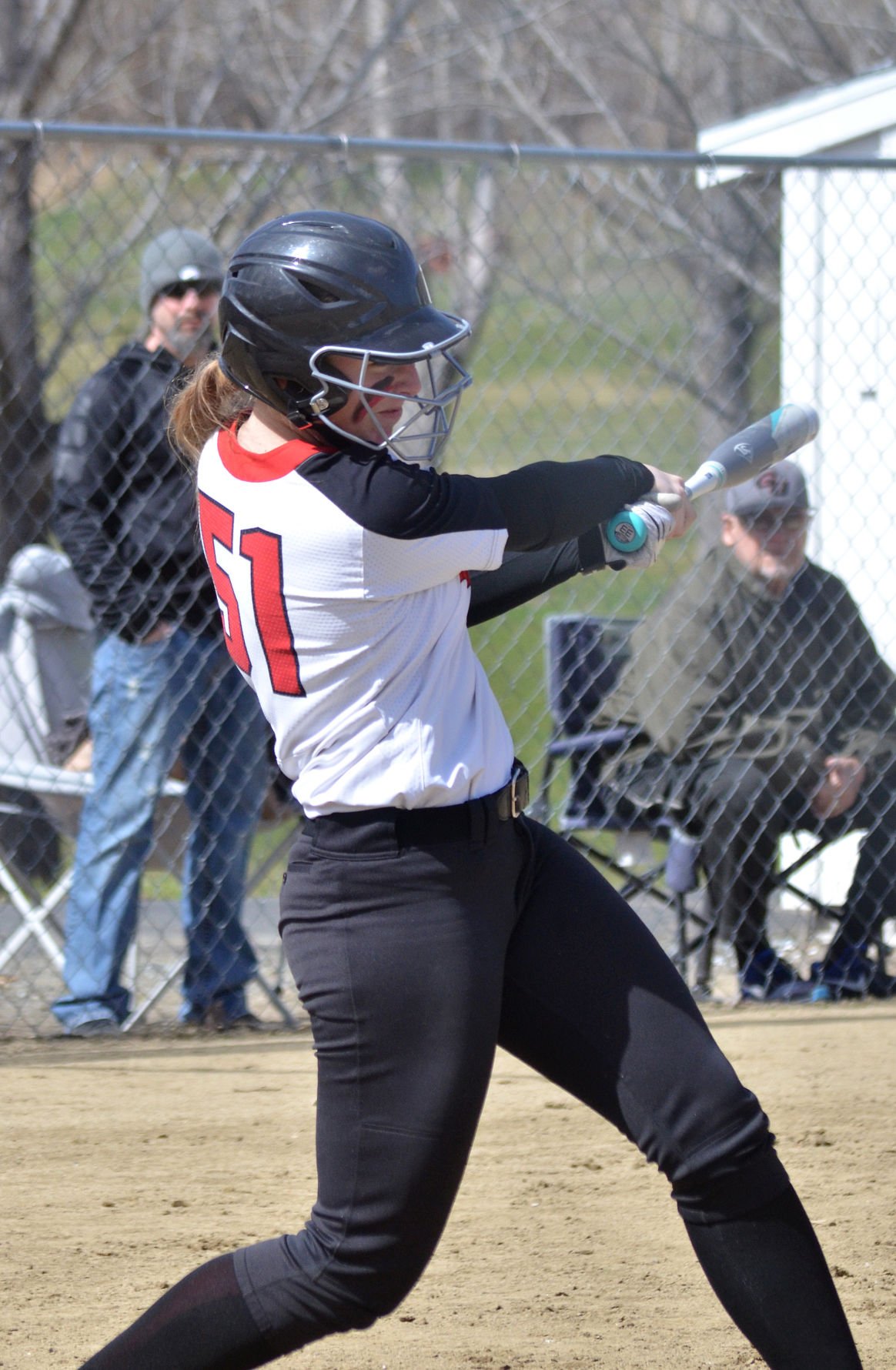 Grant Union Prospector Brianna Zweygardt makes contact. She had a three-run homer in Saturday's game against Lakeview in John Day. 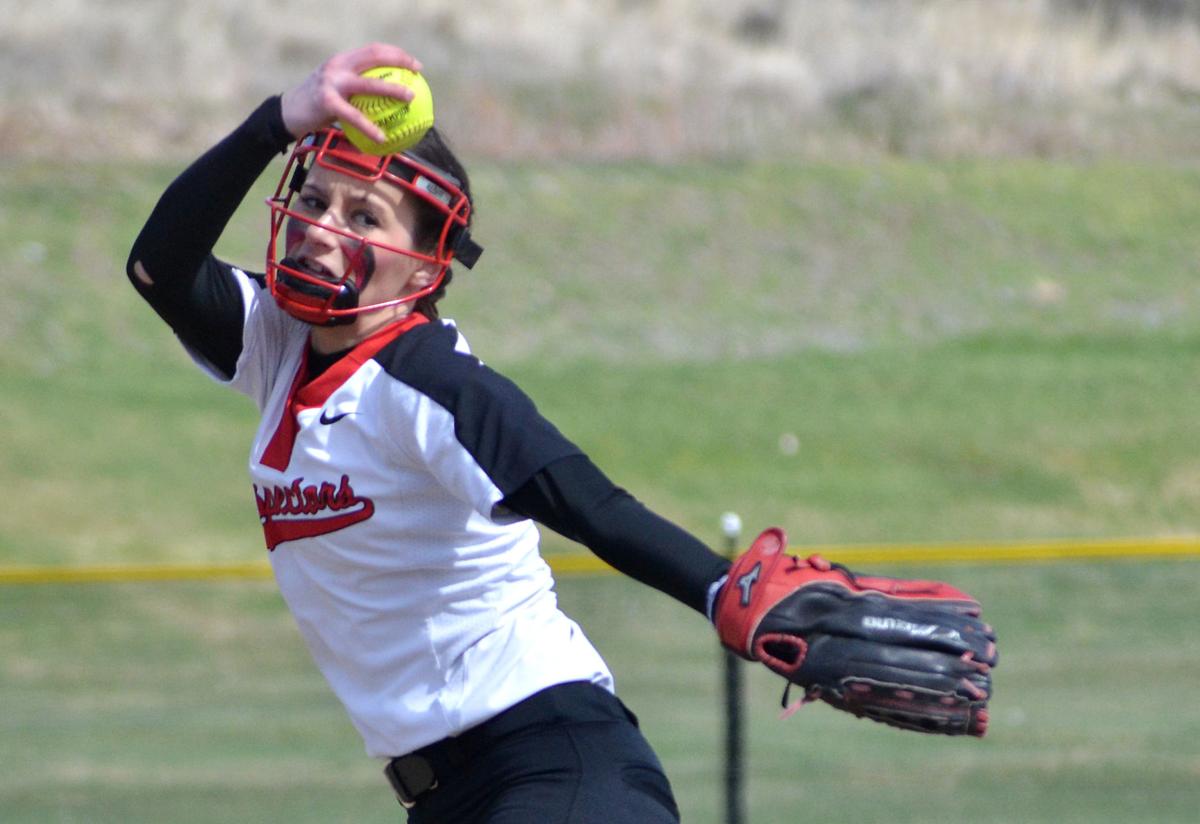 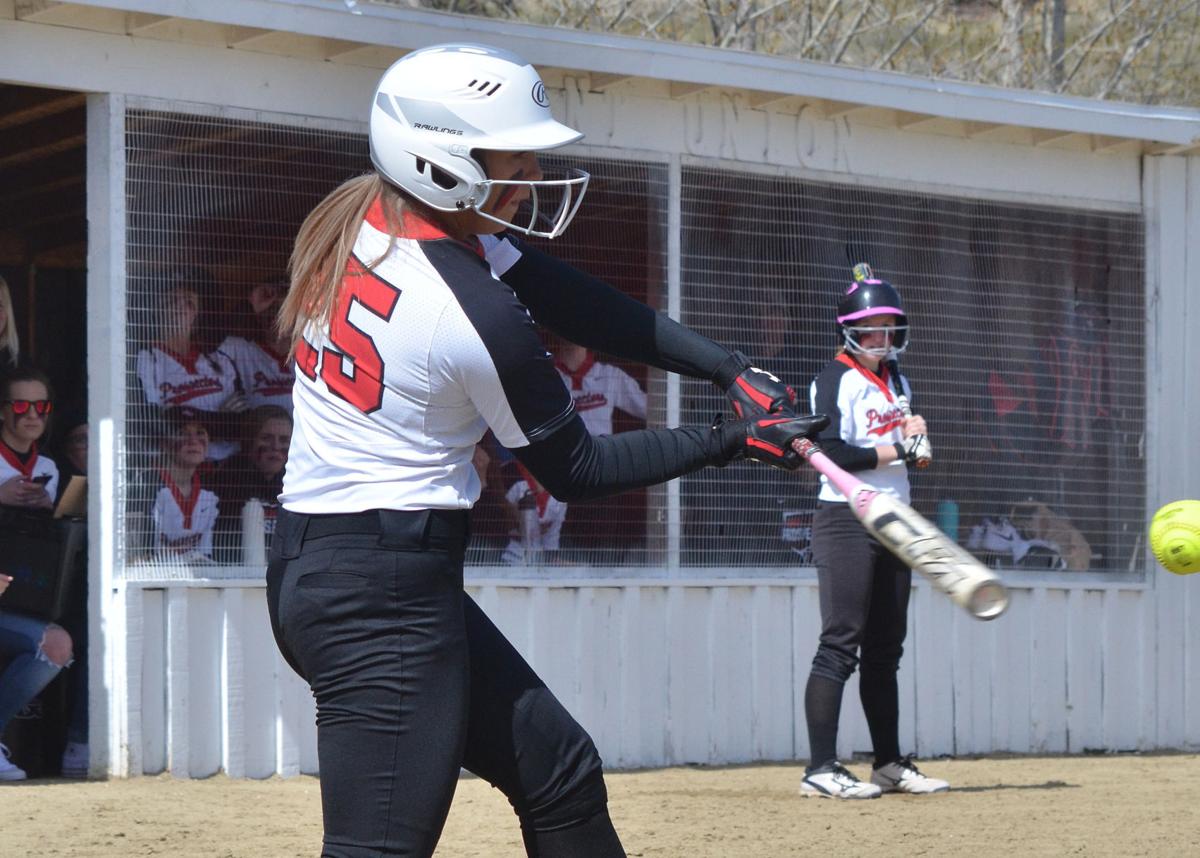 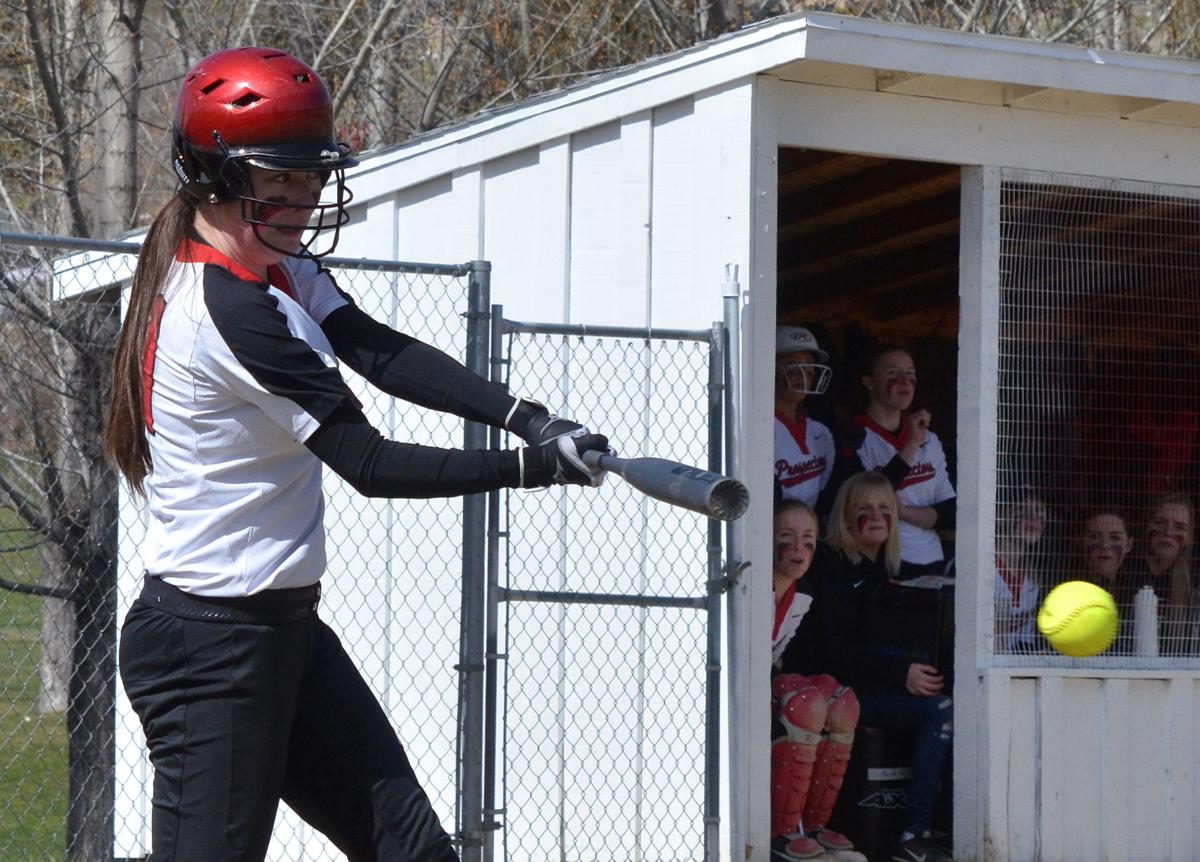 Grant Union Prospector Reagan Shelley hits the ball in Saturday's game one against Lakeview at the Seventh Street Complex in John Day.

Grant Union Prospector Brianna Zweygardt makes contact. She had a three-run homer in Saturday's game against Lakeview in John Day.

Grant Union Prospector Reagan Shelley hits the ball in Saturday's game one against Lakeview at the Seventh Street Complex in John Day.

The Grant Union girls’ bats were on fire in a sweep of the Lakeview Honkers in a doubleheader Saturday.

The Prospectors started early in the first inning of game one, leading the team to a 16-1 win in five innings.

Prospector Brianna Zweygardt knocked it out of the park with a three-run homer in the first.

Cody Jo Madden and Mariah Moulton had two RBI, and Madi McKrola, Marissa Smith, Whitney McClellan each had one RBI.

In the bottom of the inning, left fielder Smith caught a fly ball for the first out, and Prospector Macy Strong covered well at first for two consecutive outs.

Madden pitched five innings for Grant Union, with Moulton relieving in the fifth.

In the second inning Madden had two strikeouts and another in the third. In the fourth, a Lakeview batter hit a line drive straight to Madden, who threw to first for another out.

“We made some good plays on defense,” said Grant Union head coach Zach Williams. “This is their second game, so they were excited to get out and go. They were patient at the plate and hit good pitches.”

He said Lakeview, down a couple pitchers for the day, wasn’t at full strength.

“I think later in the season, they’ll be a different team,” Williams said. “We’re still shaking out the early season stuff too. We need to stay on our legs and make good throws — catch fly balls when they’re in the air.”

“The pitchers threw strikes and got ahead of hitters, as usual — that’s what you have to do to be successful,” he said.

The team did it again in the second game of the doubleheader, almost doubling the score for a 31-2 win.

Willamina is ranked, and Irrigon is split with Pilot Rock — another good team, he said.

Grant Union faced Riverside/Arlington and Knappa at the Riverside Tournament Tuesday. The Prospectors continue in the tournament Wednesday, facing Irrigon at 1 p.m. at Irrigon High School, and Willamina at 3:30 p.m. at Riverside High School.