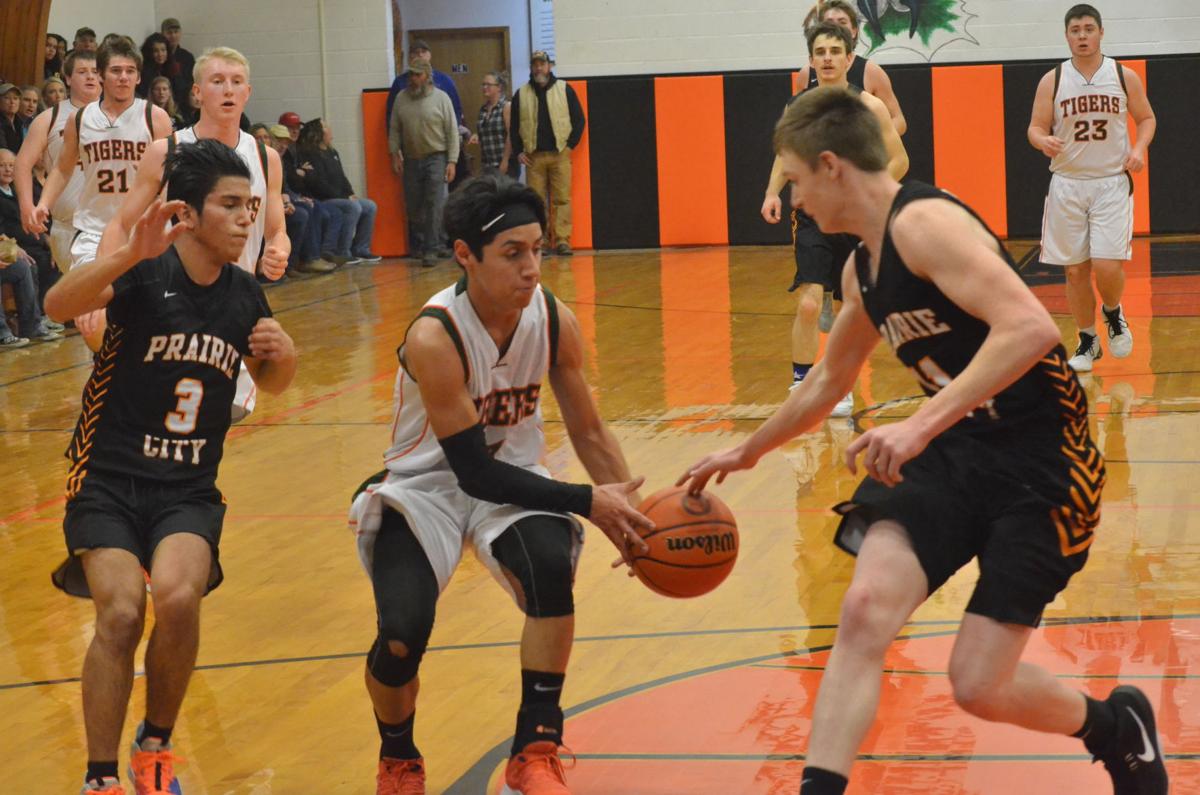 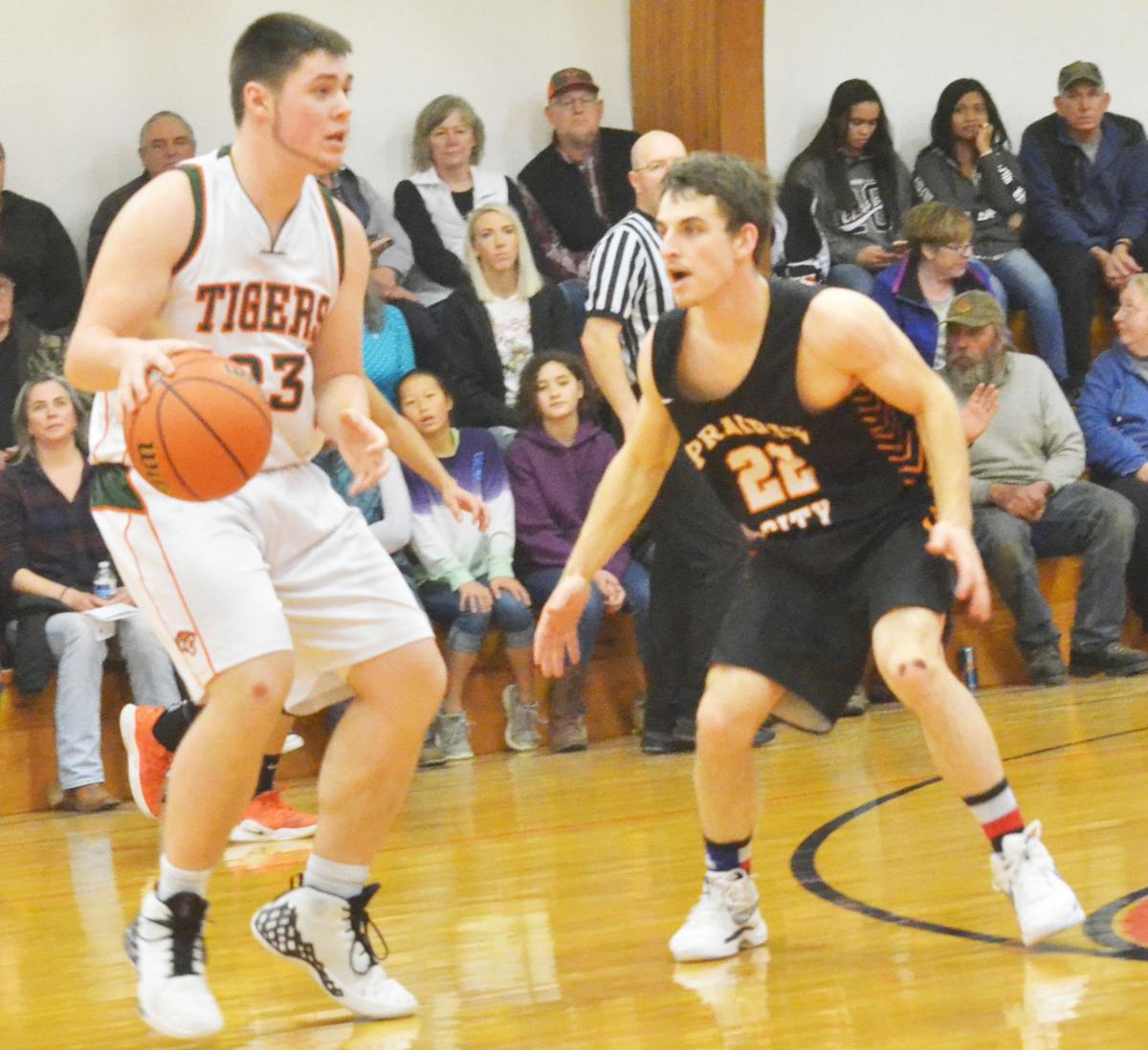 Dayville/Monument's Donovan Shafer, left, attempts to drive past the Panthers' Lucas McKinley Saturday. The Tigers, in their final home game of the season, lost to Prairie City 67-37. 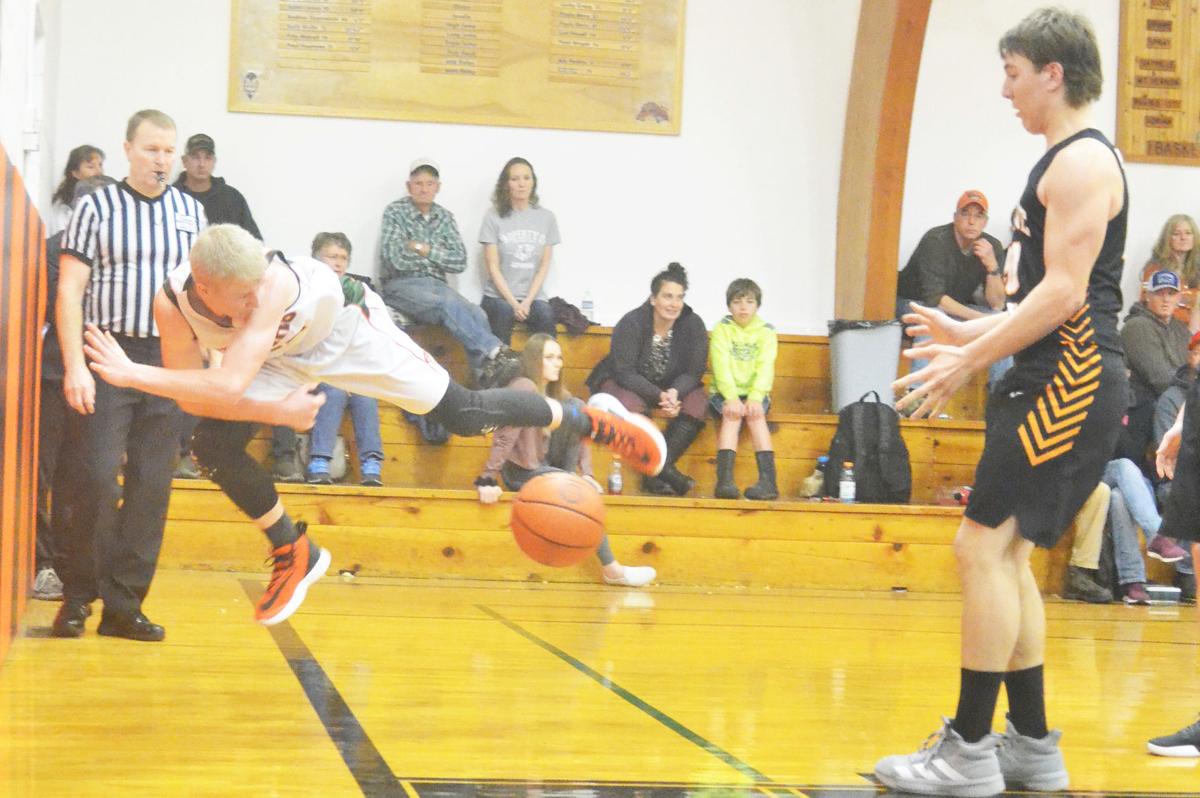 Dayville/Monument senior Drew Wilburn crashes into the wall of the Dayville gym Saturday to keep a loose ball in-bounds in the fourth quarter. Wilburn scored 9 points in the Tigers' loss to the Panthers. 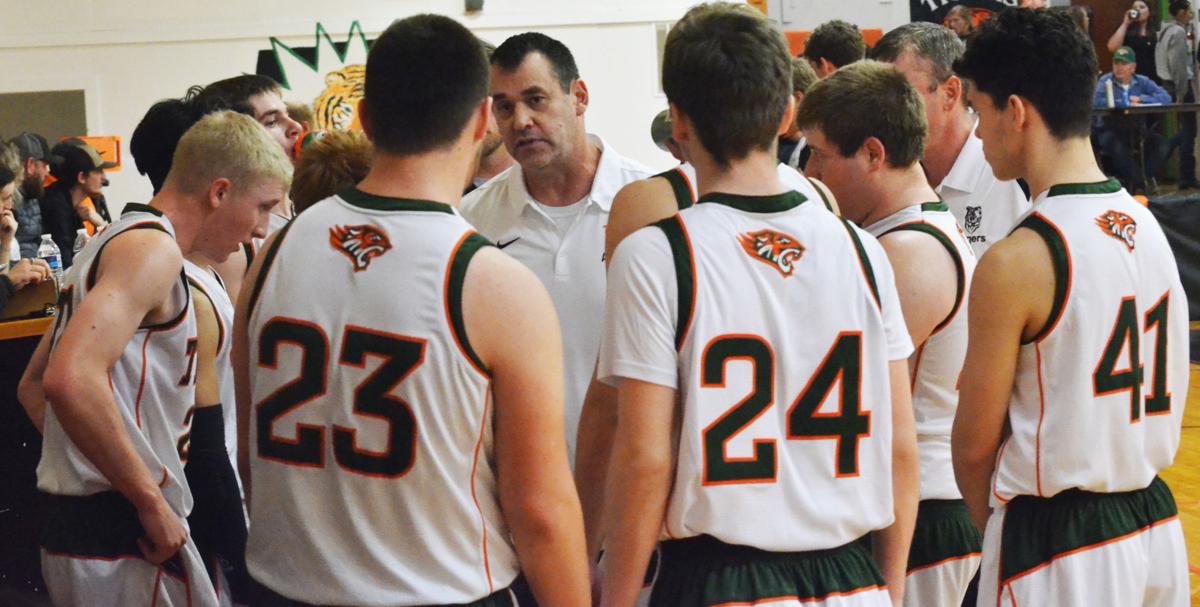 Tigers head coach Jeff Shafer convenes with his team during a timeout Saturday against the Panthers. 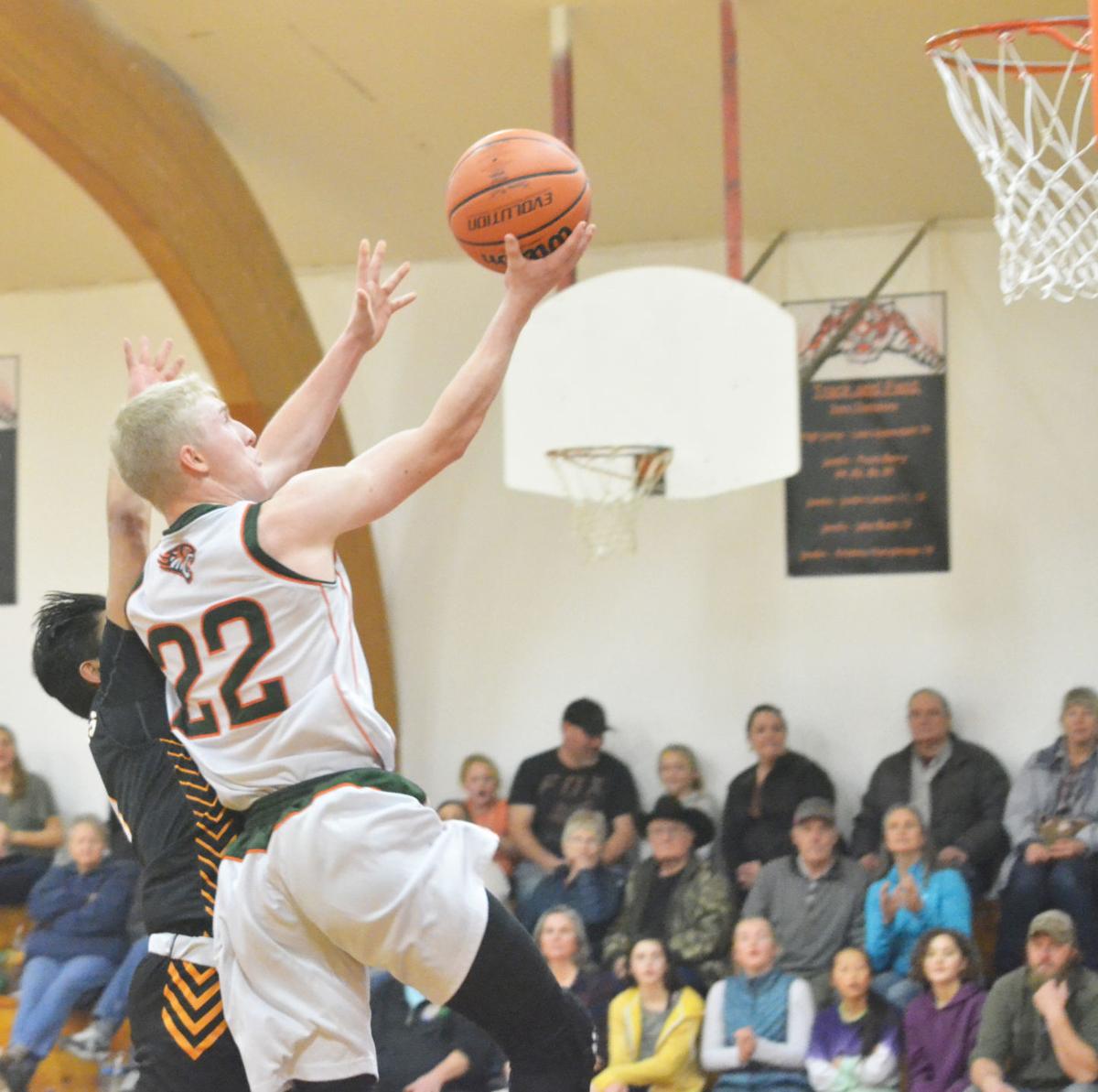 Dayville/Monument's Donovan Shafer, left, attempts to drive past the Panthers' Lucas McKinley Saturday. The Tigers, in their final home game of the season, lost to Prairie City 67-37.

Dayville/Monument senior Drew Wilburn crashes into the wall of the Dayville gym Saturday to keep a loose ball in-bounds in the fourth quarter. Wilburn scored 9 points in the Tigers' loss to the Panthers.

Tigers head coach Jeff Shafer convenes with his team during a timeout Saturday against the Panthers.

While the Tigers lacked the size and depth of the Panthers, they still went the distance and earned the respect of the Prairie boys basketball team, which only lost its first game of the season.

“They have improved since the last time we played them,” Panther junior Jojari Field said.

Field, who scored 17 points, said the Tigers were much more aggressive, both offensively and defensively.

Senior Cole Dieter led the Panthers with 19 points, knocking down nine field goals and going one of two at the free-throw line, while sophomore Marcus Judd put up 16 points, hitting two out of four free-throws.

In addition to Deiter, Judd and Field, McKinley scored in double digits with 10 points. The senior led the team with six assists and had two steals and three rebounds.

As a team, the Panthers amassed 50 rebounds, 20 of which were on the offensive end of the court.

Dieter had a game-high 23 rebounds, 15 of them on defensive. The 6-foot-3 senior dominated on both ends of the court.

The Panthers have won 17 of their last 18 games by double digits.

“We know we are the team everyone wants to beat, and we don’t take anything for granted,” head coach Bo Workman said. “That is why I stress to the kids that they cannot expect to win every game, and they need to be prepared every time we step onto the court.”

Field said it is games like Saturday’s game against Dayville/Monument that have kept them on their game.

The Tigers, in spurts, put up a fight and went the distance.

Wilburn got the offense going, scoring 5 of his 9 points in the game’s final quarter. In a never-say-die fashion, the senior forced a turnover to get 2 in the paint and then drained a 3, bringing the packed gym to their feet.

Senior Wesley Adams, junior Zach Ferguson and Mark Thomas all contributed in the final offensive push to finish strong in their final home game of the season.

Also for the Tigers, junior JT Hand led both teams in free-throw shots. The junior was three of four at the free throw line.

“I am not disappointed at all,” Wilburn said. “We played hard, and I am proud of our effort.”

Junior JT Hand said the team played well together all season, and they hustled every second of the game.

“We have worked on moving the ball better on offense and playing more cohesively as a team,” head coach Jeff Shafer said. “Today’s game really showed that we have made some improvements. We still have more work to do, but I am still very proud of my team.”

Panthers head coach Bo Workman said the Tigers are not a team to take for granted.

“They hustled and they played hard,” he said. “I always have the kids prepare before we play a team like Dayville/Monument. They’re a competitive team.”

Ten Hochman: Against Mizzou, Vanderbilt could make history with a woman as kicker

Another schedule switch brings in Vandy; Commodores could add a bit of history