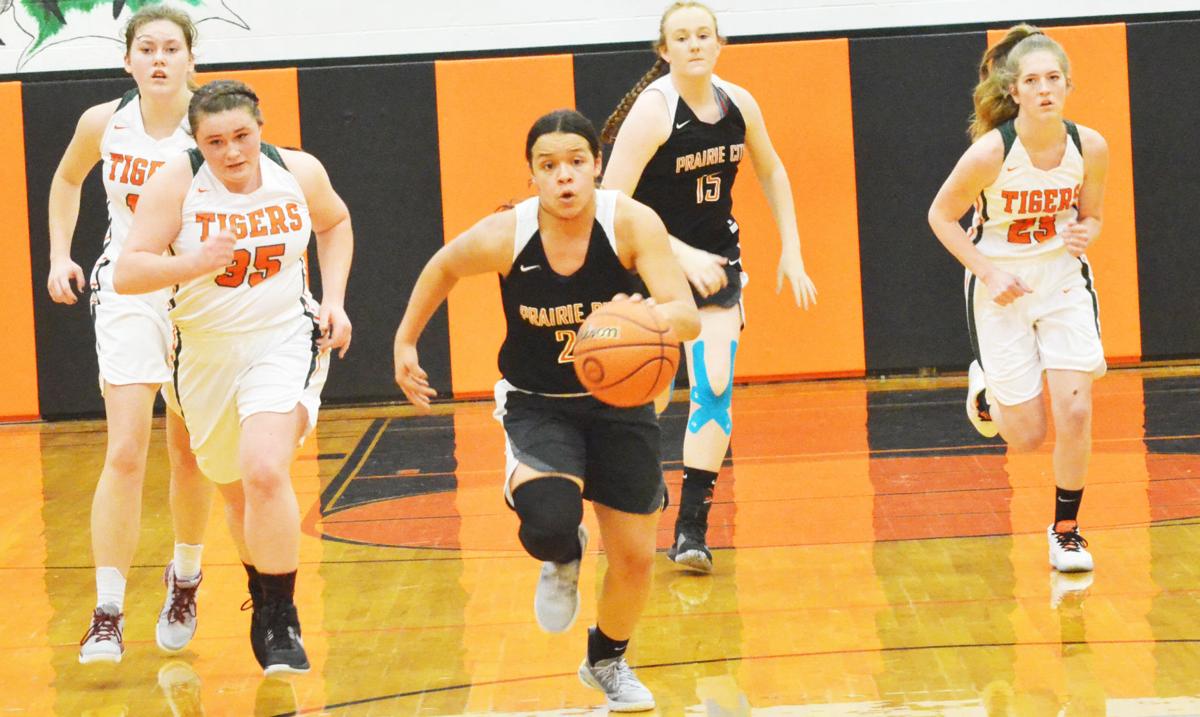 Prairie CIty freshman BettyAnn Wilson runs the ball down the court Saturday after forcing a turnover in the first period. The freshman had four steals and 10 points in the contest. 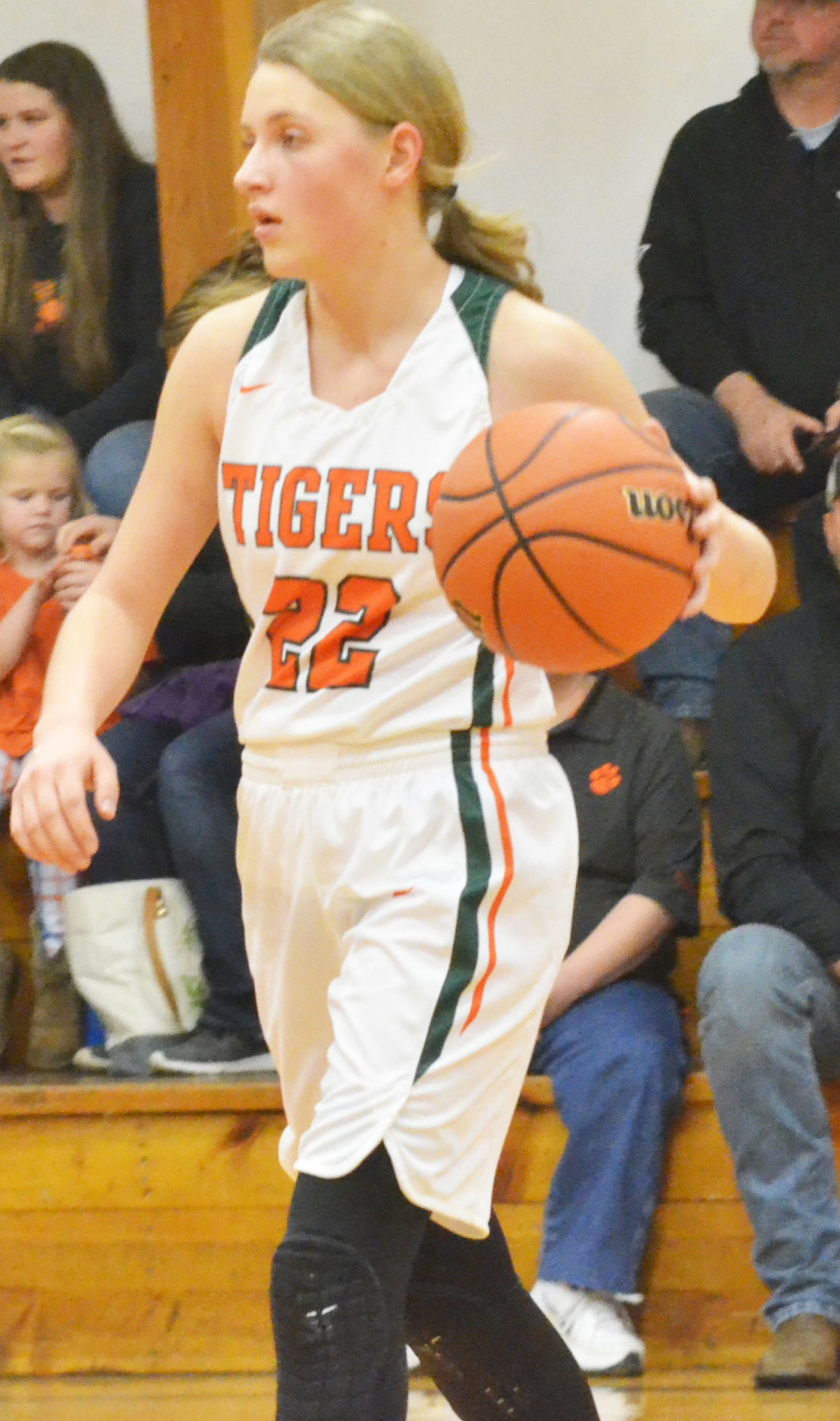 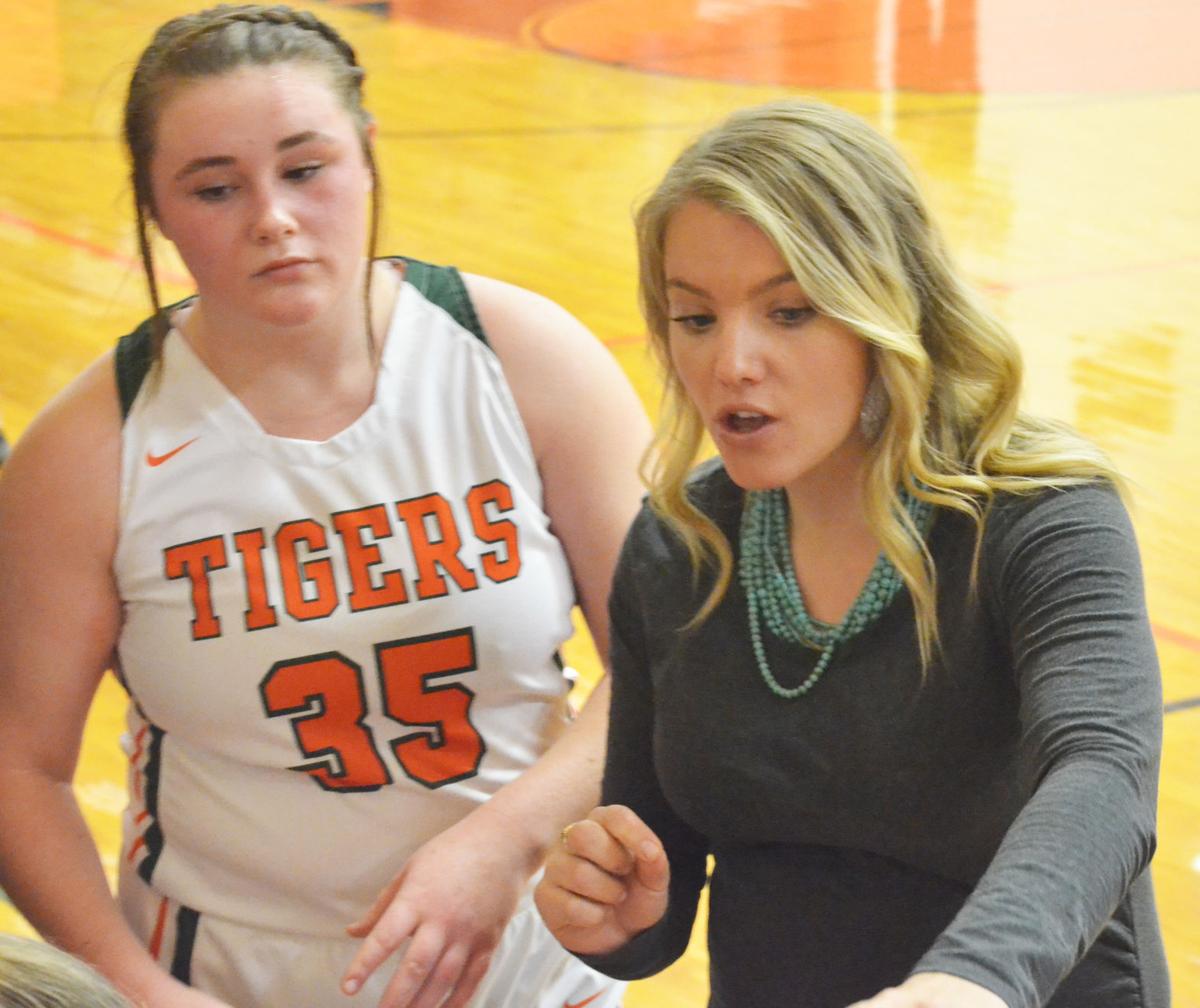 Head coach Cheyenne Perkins goes over a game plan during a timeout Saturday with junior Haylee Collins. The Lady Tigers lost to Prairie City 47-30 in their final home game of the season. 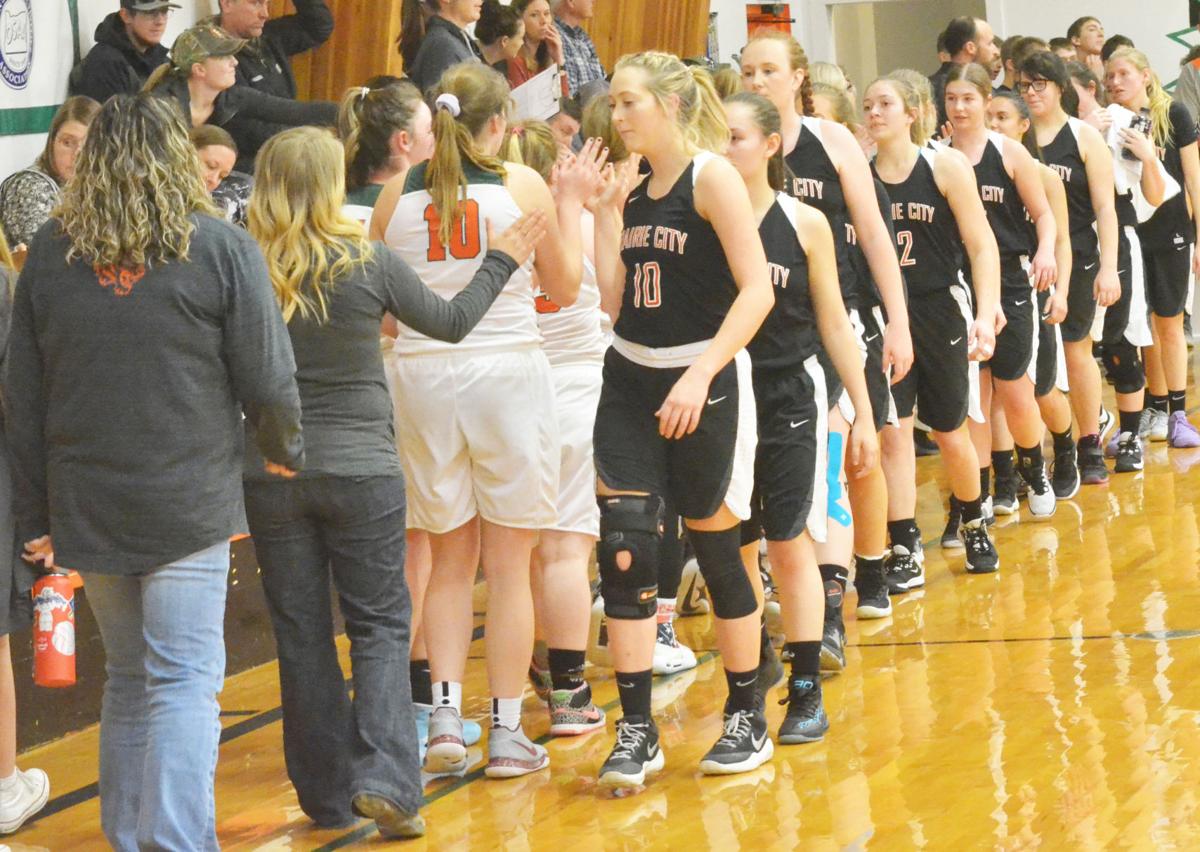 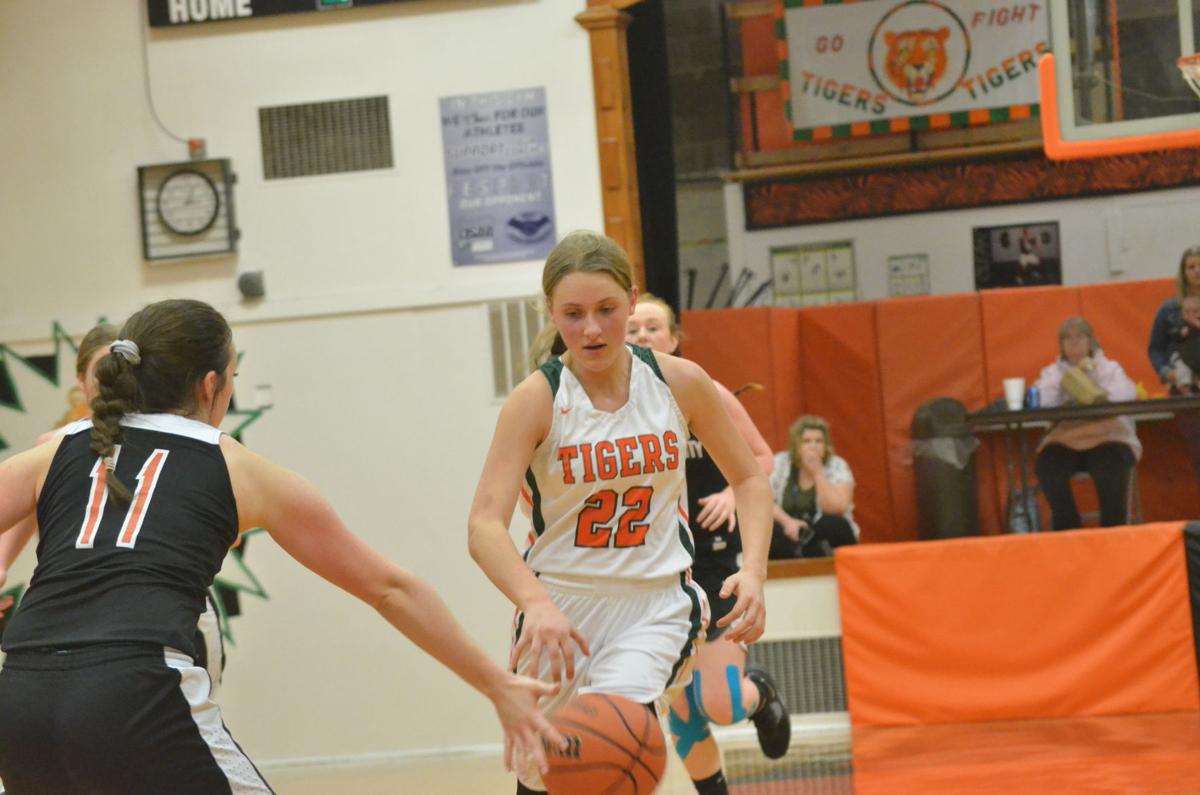 Prairie CIty freshman BettyAnn Wilson runs the ball down the court Saturday after forcing a turnover in the first period. The freshman had four steals and 10 points in the contest.

Head coach Cheyenne Perkins goes over a game plan during a timeout Saturday with junior Haylee Collins. The Lady Tigers lost to Prairie City 47-30 in their final home game of the season.

The Lady Panthers downed Dayville/Monument 47-30 Saturday for their fifth straight win of the season.

The Panthers, who led the Tigers 31-8 at the end of the first half, came out with guns blazing on both the offensive and defensive ends of the court.

McKay led the team at the free throw line, hitting three out of four, and in scoring with 11 points.

Wilson said the team is continuing to play solid defense, and it is making all of the difference on the offensive side of the court.

The freshman had four steals, and three out of her four rebounds were on defense.

As a team, the girls had 18 steals, 11 offensive rebounds and 17 defensive rebounds. They were 39% at the free throw line, 22% in three-point shooting and 37% on field goals.

Lady Panthers head coach Bo Workman said the girls have gradually become more aggressive and more competitive, and they are getting results.

“They’re not playing down, they’re playing up,” Workman said. “And it is encouraging with districts right around the corner.”

Workman said the next two games are going to be tough for the Lady Panthers.

“We have to focus on being prepared and play with intention,” Workman said. “Both of those teams have multiple offensive weapons and depth on their bench.”

For the Lady Tigers, the game was a personal win for the team, first-year head coach Cheyenne Perkins said.

The Lady Tigers, who carved out a 5-point, 48-43 win over Four Rivers the day before, were exhausted and did not get back until near midnight.

The fatigue, coupled with Saturday being the girls’ final home game in Dayville, Perkins said the team was emotional going into the contest.

“We had two goals. The first was to score 30 points. The second was to figure out our offensive press. And we did both,” she said.

The first-year coach said she does not define winning solely by wins and losses. She said mental toughness, team unity and resiliency have been the overall focus points for the girls this season.

Additionally, they set achievable goals each game, where the team focus was not on the scoreboard but on working on fundamentals of the game, especially when they’re playing higher-ranked teams like Prairie City and Crane.

The fact that the girls have been able to see past the scoreboard during those games and see the bigger picture is a win in her book, Perkins said. Perkins said she is seeing real improvement on the court.

Another gratifying aspect of the season the scoreboard has not reflected was the opportunity to coach her younger sister, Denali Twehues.

Twehues, a senior and one of three returning starters, brought experience and on-the-court leadership to the team this season.

“We did really well all season and competed against some really good teams,” she said.

Another schedule switch brings in Vandy; Commodores could add a bit of history