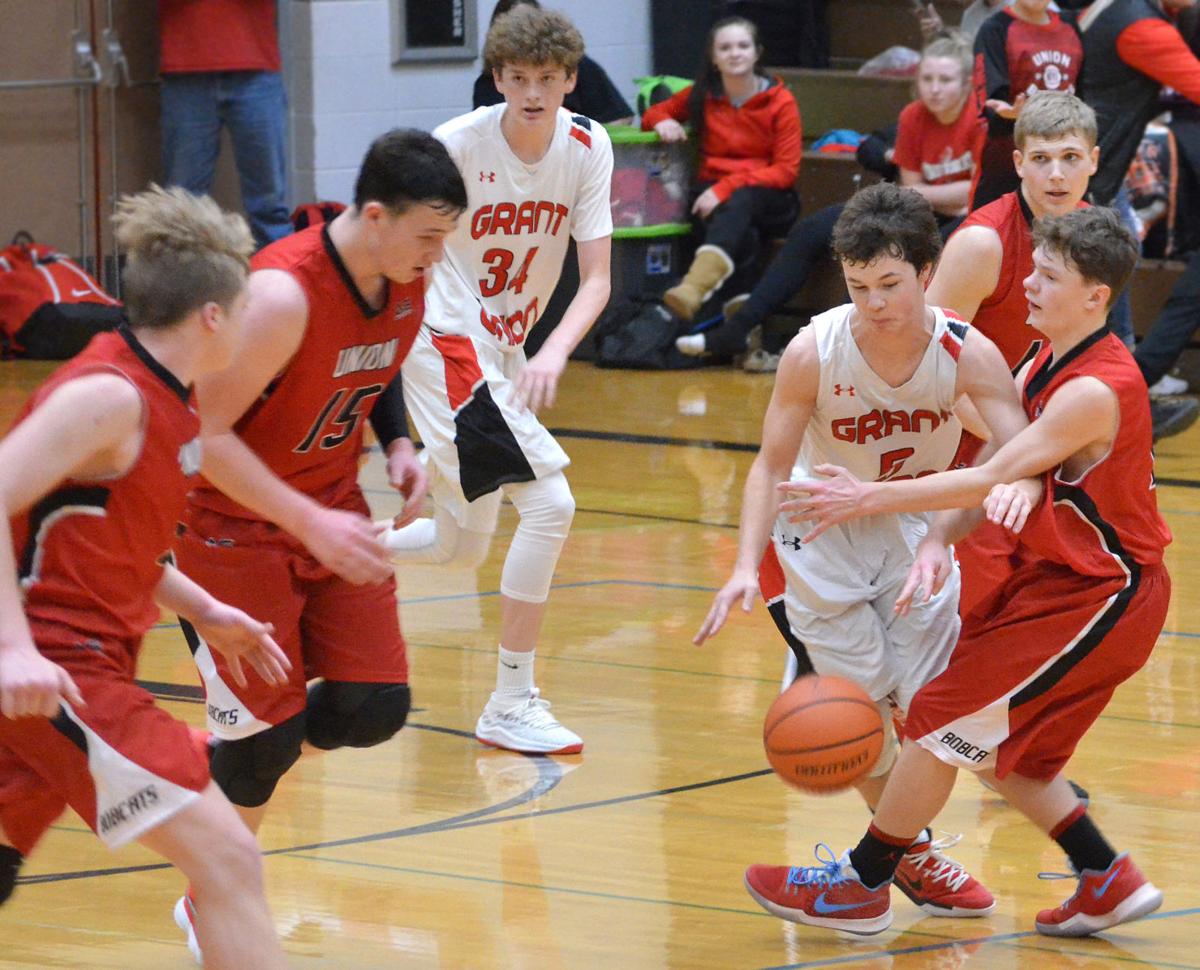 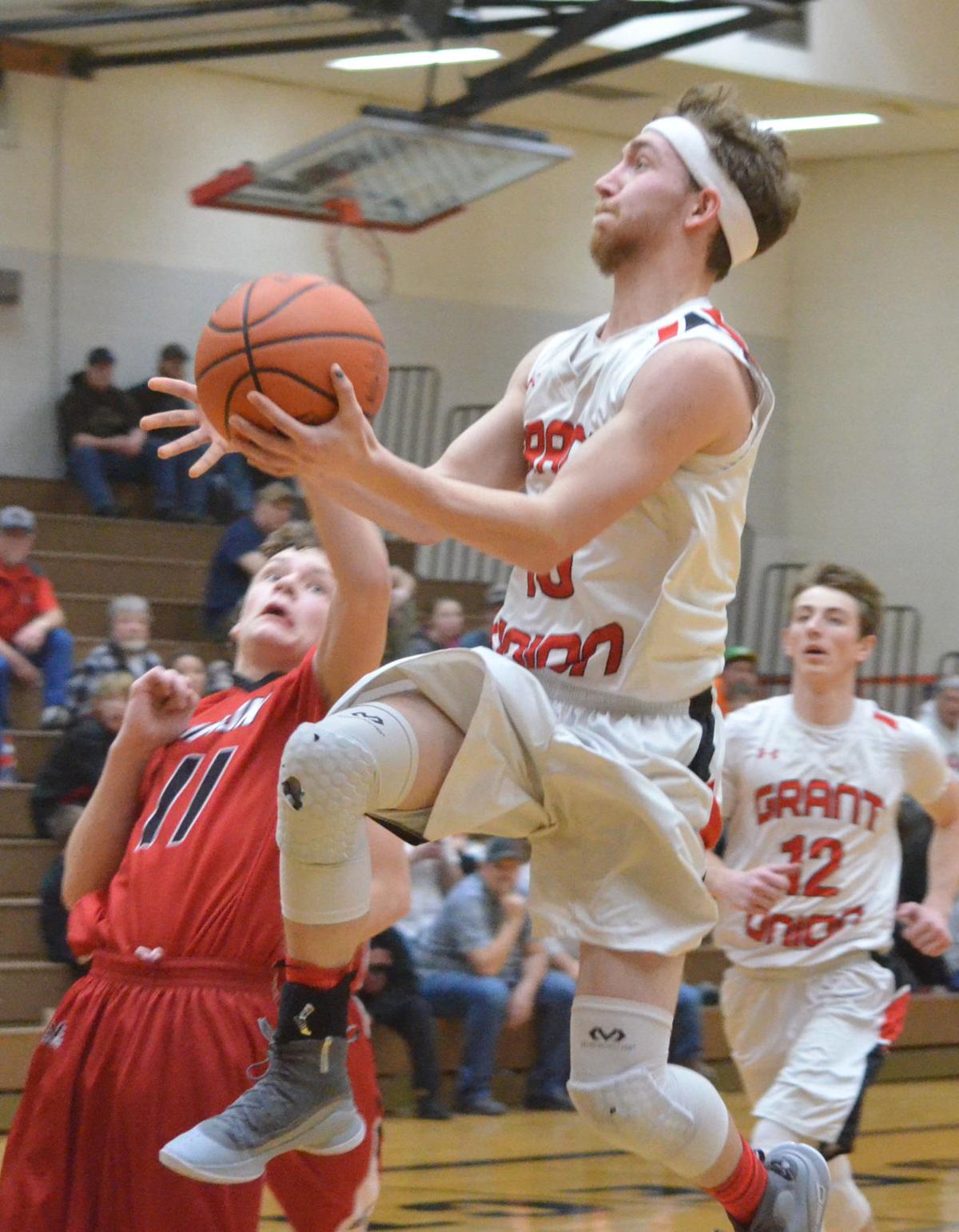 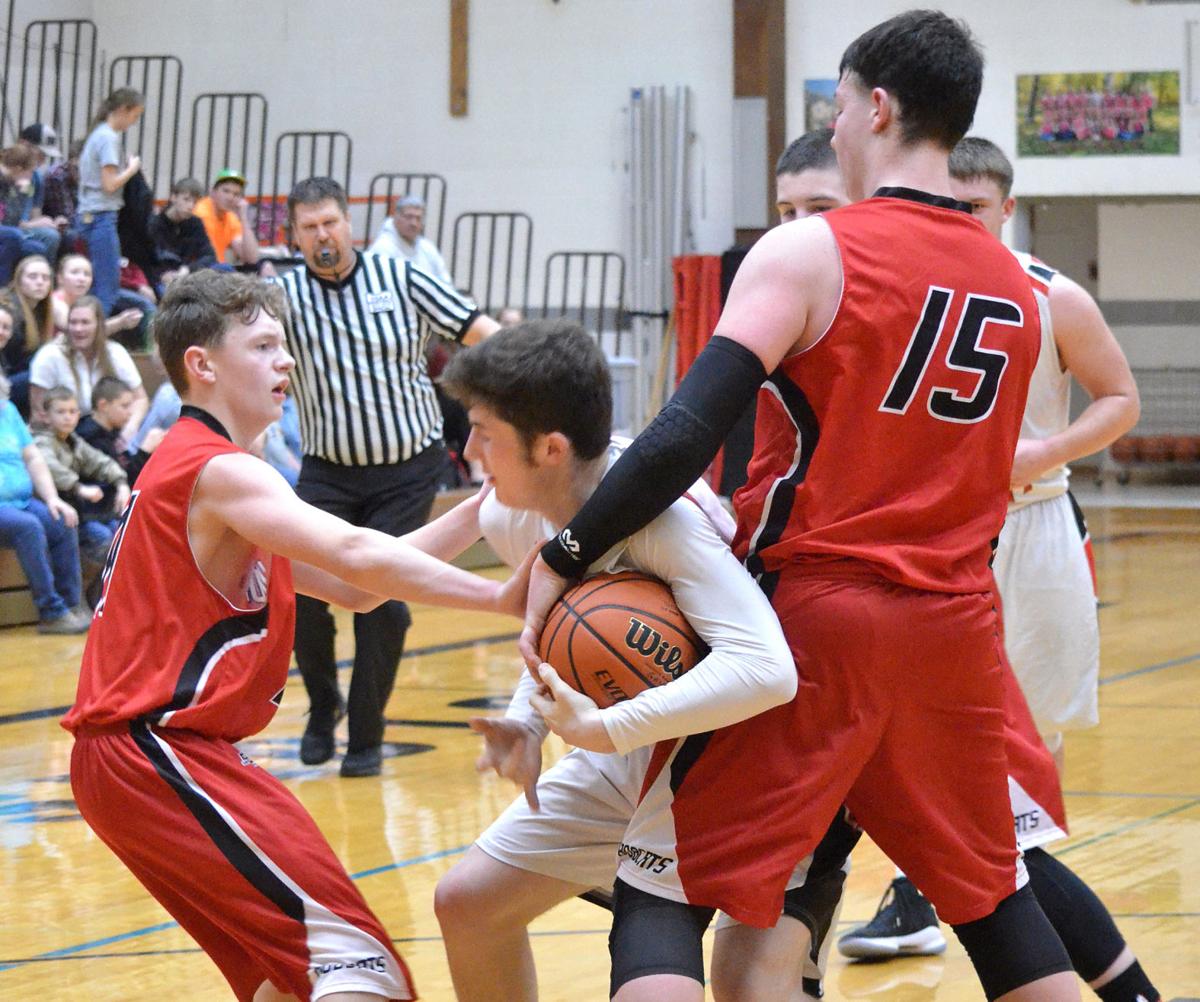 Grant Union Prospector Kellen Shelley fights for possession of the ball in Friday's game against Union. 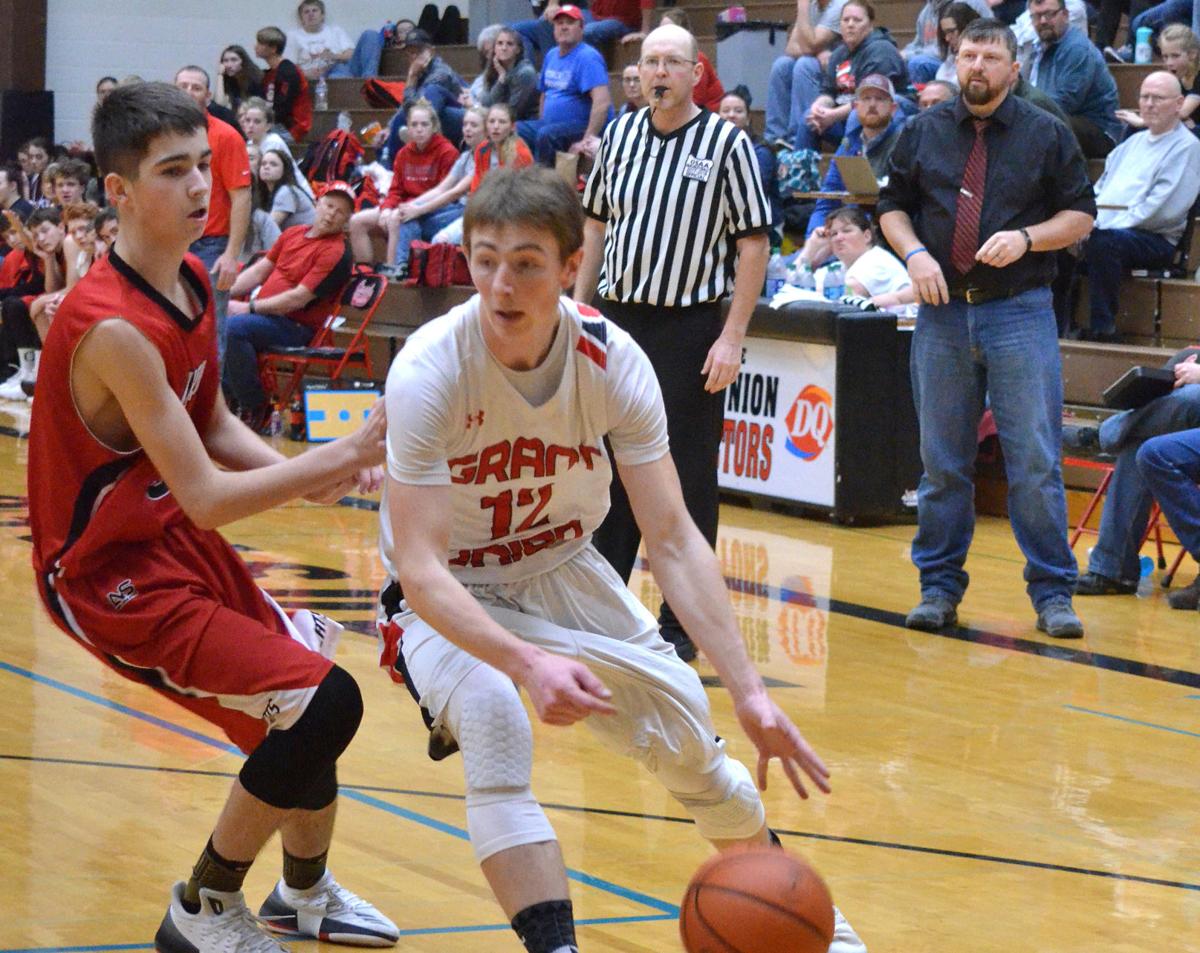 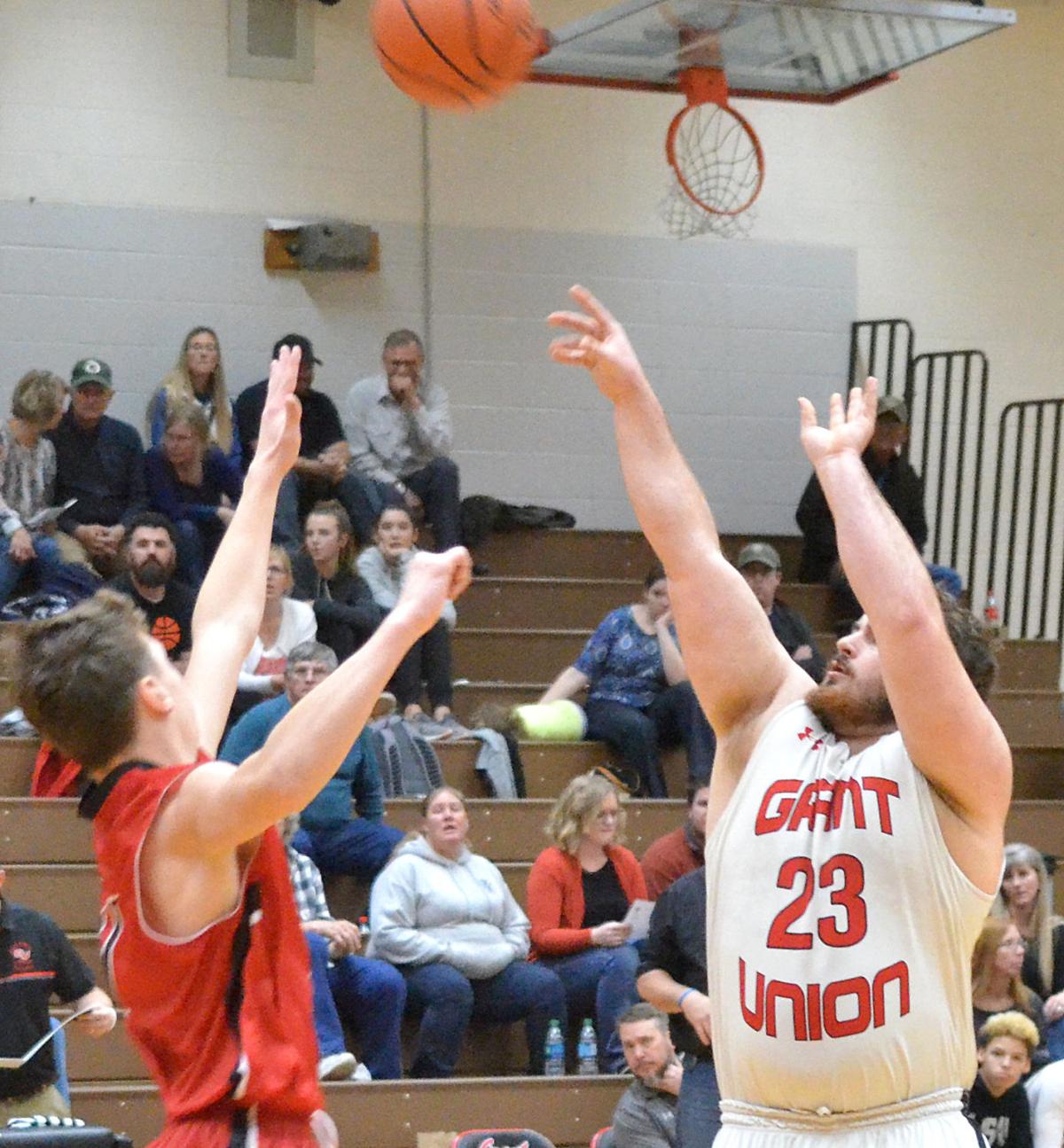 Grant Union Prospector Ty McDaniels (23) scores from beyond the arc in Friday's game against Union. 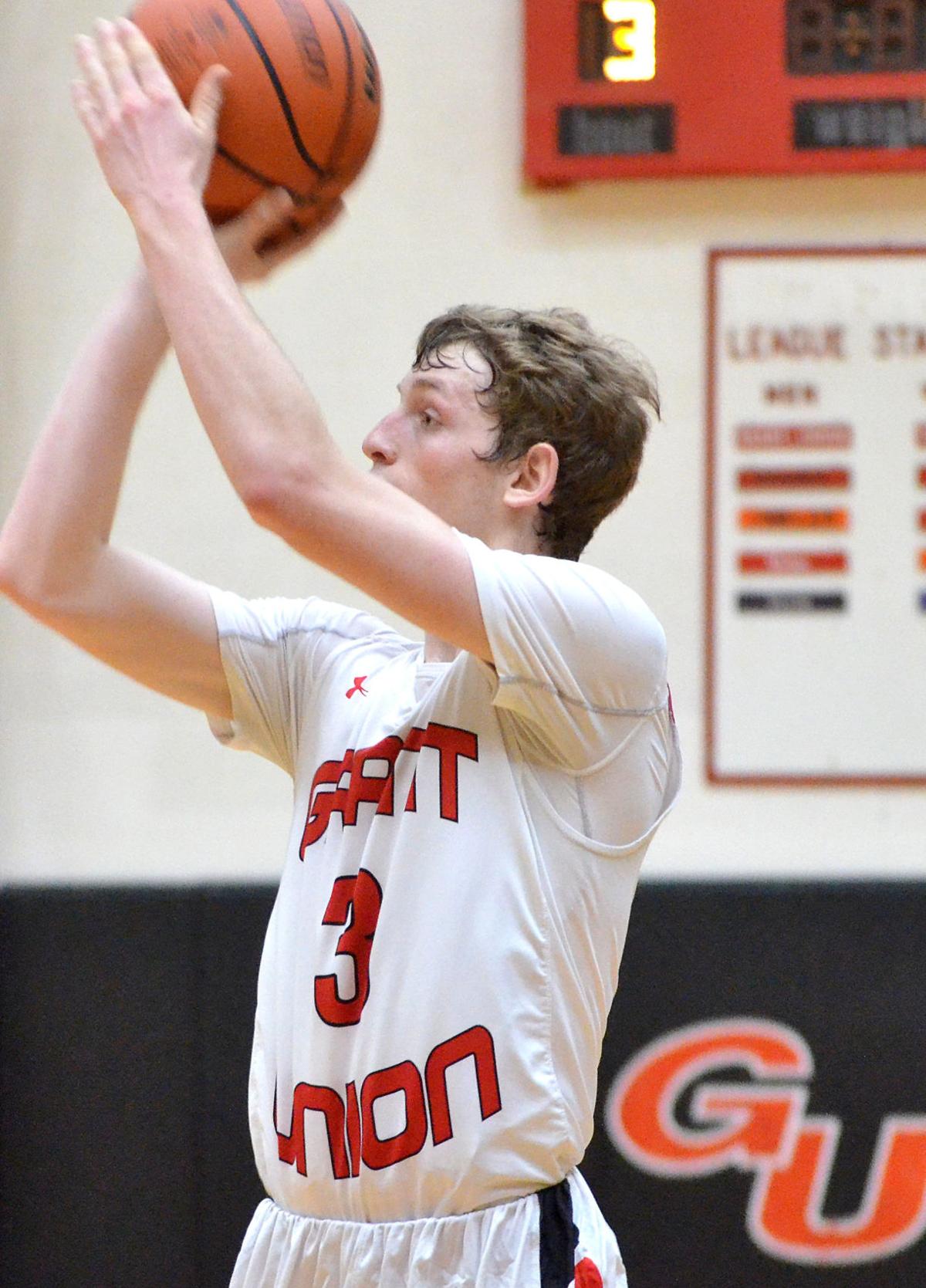 Grant Union Prospector Kellen Shelley fights for possession of the ball in Friday's game against Union.

Grant Union Prospector Ty McDaniels (23) scores from beyond the arc in Friday's game against Union.

The Grant Union boys built a strong foundation in the first quarter and continued on an upward trend, leading to an 85-49 Wapiti League win on Friday over the Union Bobcats at the Prospector basketball court in John Day.

After some back and forth, Grant Union got to work.

Moving forward with their offensive attack, Grant Union had 19 more points on the board before Union scored again.

McDaniel and Reimers each scored 3-pointers in the quarter, and the Prospectors had a 30-10 lead.

Prospector Duane Stokes scored beyond they arc in the opening seconds of the second quarter, followed by Kellen Shelley going 2-2 at the free-throw line. Then Stokes scored off an assist from Reimers.

Grant Union held a 41-24 lead going into the half.

In the third, Bobcat Cole McLean was fouled by Grant Union while shooting a 3-pointer, and drained all three opportunities at the free-throw line, the score 43-29, Union trailing.

Grant Union then took control, jumping ahead by 10 before Union scored again.

The Prospectors had an 18-point lead going into the final 8 minutes.

“We had great practices, and they just couldn’t wait to play,” said Grant Union head coach Kelsy Wright. “We switched defenses and offenses around, and they caught onto it really well.” Wright added his team is eager to win the league and district championships.

“Their hustle all over the court was great,” he said. “The first half, we were outrebounded, but after that, it just got better and better.”

Kellen Shelley said it was a good win.

“It was nice to play together well and get the win at home,” he said. “It feels good to start out strong and finish strong.”

Theo Day will get the start, Panthers attention is all on St. Thomas