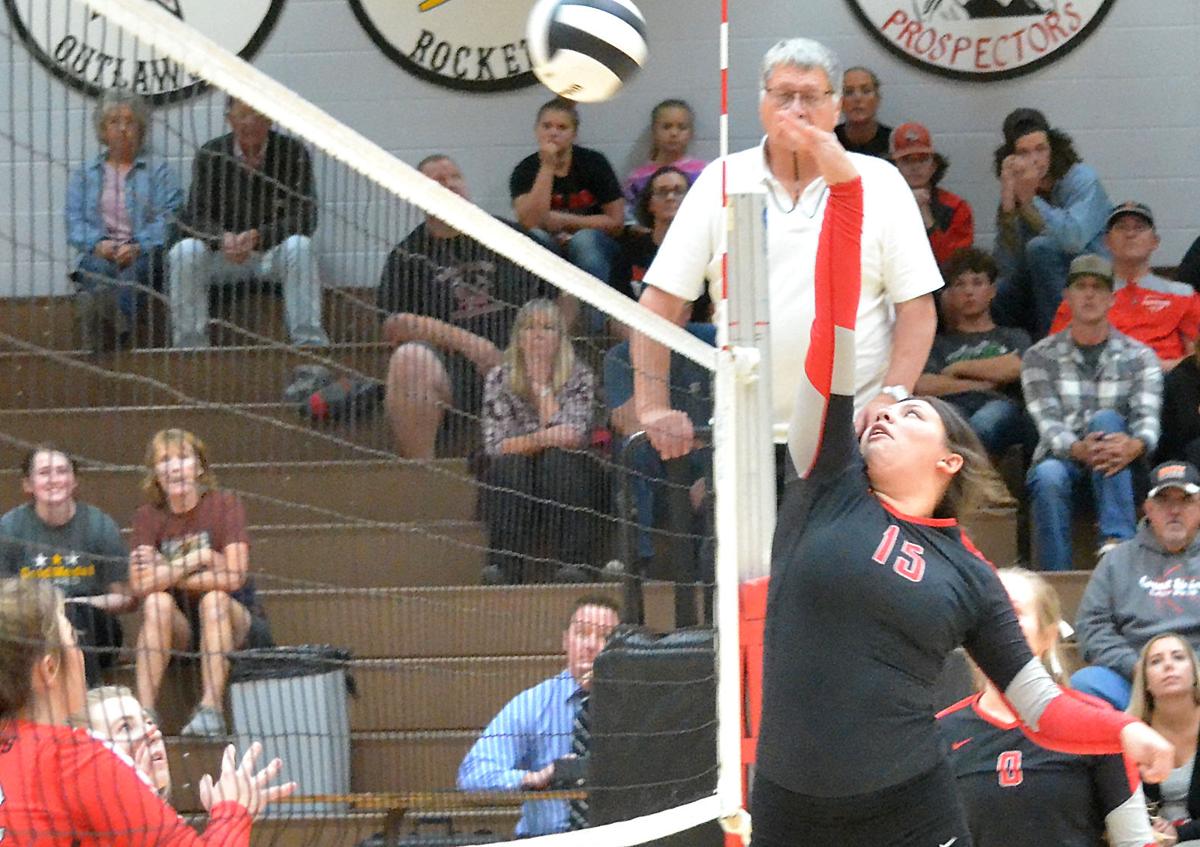 The Grant Union Prospector volleyball team is advancing to the state championship tournament in Redmond Nov. 8-9 after defeating the Monroe Dragons on Saturday. In the photo, Kaytlyn Wells (15) is in action earlier in the season against the Union Bobcats. 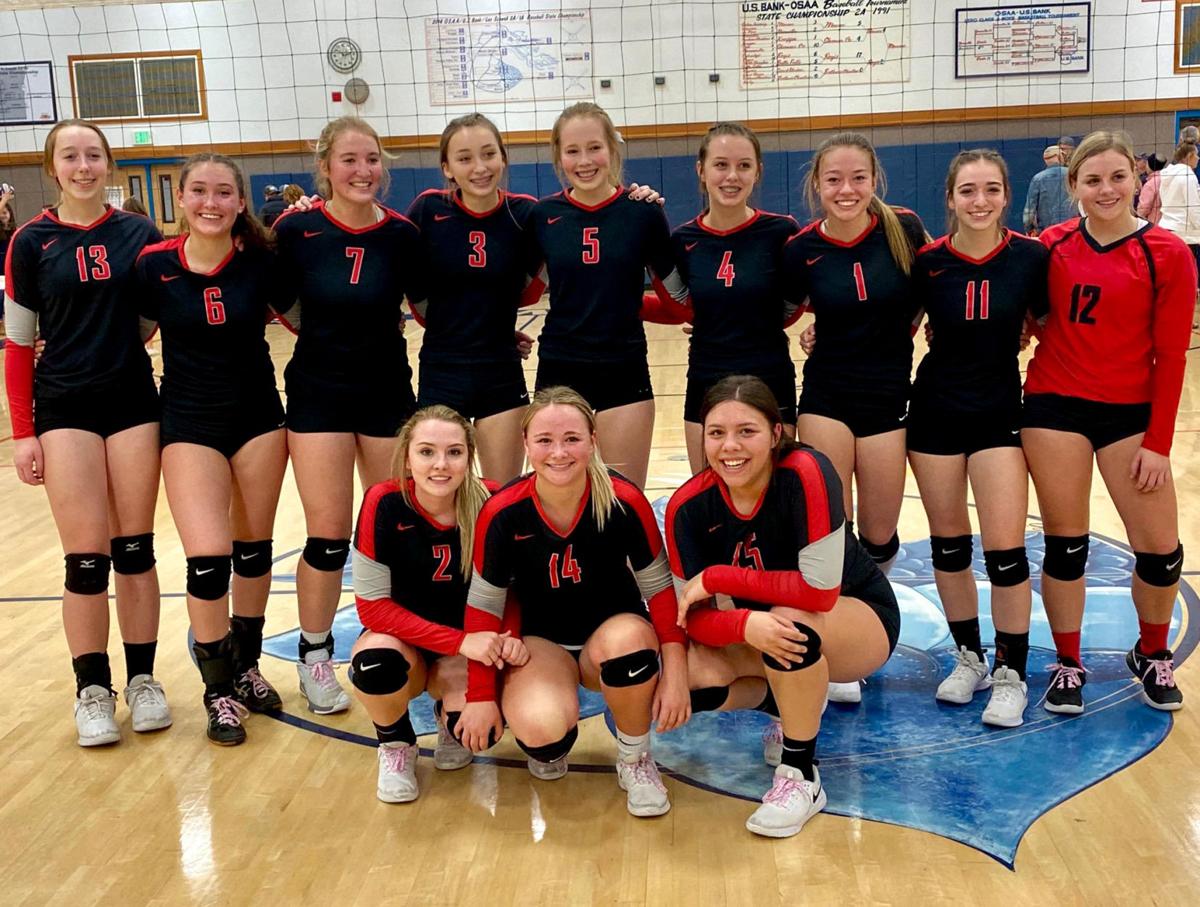 The Grant Union Prospector volleyball team is advancing to the state championship tournament in Redmond Nov. 8-9 after defeating the Monroe Dragons on Saturday. In the photo, Kaytlyn Wells (15) is in action earlier in the season against the Union Bobcats.

The No. 12-seeded Grant Union Prospector volleyball team is advancing to the OSAA 2A Volleyball State Championship, facing the No. 4-seeded Portland Christian Royals at 4 p.m. Friday on court 2 at Redmond’s Ridgeview High School.

The Prospectors took full advantage of their wild card spot for round one of the state playoffs Saturday defeating the Monroe Dragons 3-1.

“We played one of the best games that we have all season and knocked off the No. 5 team in the state,” said Prospector head coach Ali Abrego.

Abrego said her team came out timid in the first set, but gained their bearings in the second.

“The third set was intense and a real turning point for us — we fought hard to secure the win,” Abrego said. “We were disciplined for three consecutive sets, something that we’ve struggled with in the preseason.”

She said each team member had a solid game, contributing to the win.

“This win was a real team effort, and we worked hard to eliminate our own mistakes,” she said.

A noisy sendoff will take place at 5 p.m. Thursday, as the Prospectors travel out of town to Redmond. The tradition usually includes emergency vehicles with sirens blaring and lights flashing, leading the way and fans in their vehicles following behind the bus, honking their horns. Fans also waves from the sidewalks in John Day and Mt. Vernon.