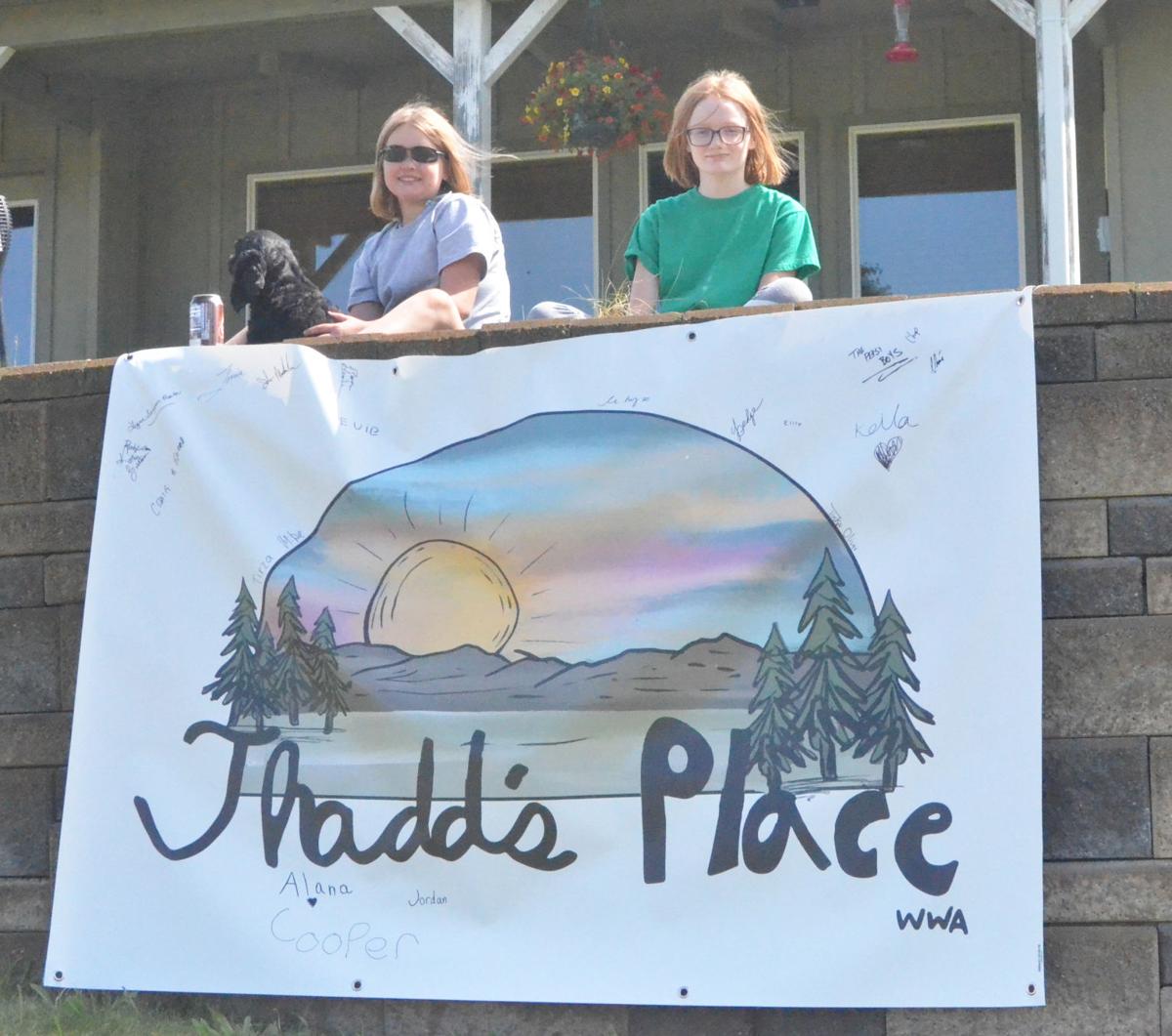 Golfers came out to help support the eventual opening of Thadd's Place, a grief center slated to open next door to Chester's Thriftway.

Golfers came out to help support the eventual opening of Thadd's Place, a grief center slated to open next door to Chester's Thriftway.

Nearly 75 people competed in the Thadd’s Place golf tournament at the John Day Golf Course Saturday and then hit the drive-through dinner by donation in the Chester’s Thriftway parking lot to celebrate the eventual opening of the grief center.

Named in honor of Thaddeus Cowan Thompson who died of cancer last year at the age of 39, organizers and those closest to Cowan Thompson said it was an emotional day.

Shaffer said the goal was to bring awareness to Thadd’s Place, a nonprofit grief center, which will rely on community and volunteer support.

“We want to get walls up in this building,” Shaffer said. “We want to be able to make it operational so people have somewhere to go so they don’t have to grieve alone.”

Shaffer said the focus of the day was to get the program “off the ground and running.”

She said the grief center is continuing the legacy of her brother.

Thadd’s Place board member Jan Curtis said she was not sure how much money the event brought in exactly, but she said there were 18 teams at $500 each, which brought in $9,000.

She said there were over nine sponsors at $100 each, and other businesses — local and from out of town — donated as well.

Curtis is a teacher and she said she has helped her students through the grief process and she also lost her husband two years ago. Additionally, she said she golfed in tournaments with her husband frequently and that it was something that was very important to her.

Curtis said the top three teams were Andy, Bo and Ken Ellison and Andy Radinovich, who shot a 58; Brad Armstrong, Mitch Saul, Colt Carpenter and Alex Finlayson, who shot a 60; and Matt Curtis, Kellen McMullen, Shane Schiemer and Rick Ramirez, who shot a 63.